How Much is Abby Wambach Worth?

An open lesbian and an ex-member of the US national soccer team Abby Wambach during the years of her career set a world record. Before her retirement in 2015, she had been officially recognized as the most productive soccer player of all times among both women and men. Having crossed the 35th age mark, Wambach decided to retire from professional sports. She explained to her fans, that her decision arose from logic.

Finally, Abby Wambach can relax and think not about games and victories, but about herself and her current wife, an author Glennon Doyle Melton. And of course, she can spend the part of her net worth. During 14 years of her career in soccer Abby Wambach saved $4 million wealth. 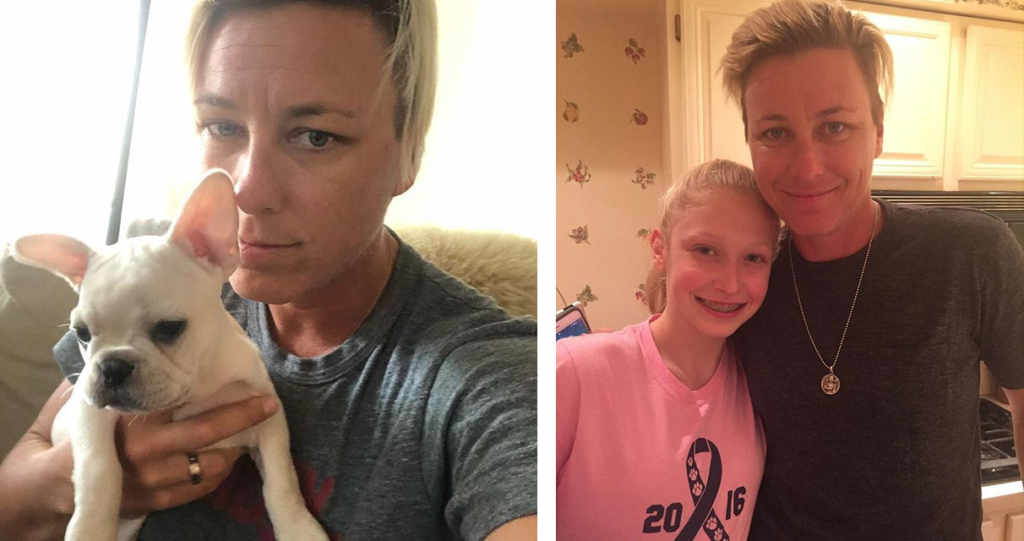 That amount seems even small, if to pay attention to all the achievements of the soccer star. She is a two-time Olympic champion, the world champion and the winner of the FIFA Golden Ball. Abby Wambach scored in general 184 goals in 254 matches, held on international level.

The career of a soccer player brought Abby Wambach the major part of her wealth. But she had an alternative source of wealth too. Abby earned hundreds of thousands dollars through endorsements. The athlete advertised lots of reputable brands. She starred in ads for Nike, Panasonic, Gatorade and Dodge (to name a few). Radio, printed and TV ads made Abby Wambach much richer and opened in front of her the door to television.

Thus, the soccer player easily made some cash through talk show appearances. She featured in “Good Morning America”, “The Daily Show”, “Fox and Friends” etc.

As you see, Abby Wambach monetized all the aspects of her talent. But how did she start her successful career?

Mary Abigail Wambach was born in Rochester, NY, but the most part of her childhood she spent in Pittsford.

She grew up in a middle-class American family of Pete and Judy Wambach. Abby grew up alongside two sisters and four brothers.

The girl tried to play soccer at the age of 4. She watched her older sister playing this game and then joined her. The girls liked soccer so much, that their mother decided to get the book with the rules to this game in the library. After that soccer had become an inseparable part of Abby’s life. She continued playing soccer and other sport games at a high school. Wambach used her sports scholarship to enter the University of Florida. There she performed for the University team “Gators”, and led it to a number of victories.

In 2002 Abby Wambach started to play soccer professionally. She was signed by Washington Freedom – the team, which played in Women Professional Soccer.

At the end of her career Abby Wambach played for Western New York Flash. She performed on the international level, too. So, Abby Wambach reached the highest level of payments. The part of her net worth she spent for a great house.

At the present moment, Abby Wambach spends her retirement days in her huge mansion, located in Los Angeles. During the years of her career Abby bought and sold a string of luxurious comfortable homes anyone would like to live at.

For example, several years ago the soccer star put on the market her Portland home. She used to live there with her then-wife Sarah Huffman (in 2013 they wedded and Abby came out as a lesbian). But in 2016 Wambach started a divorce process, so, probably she decided to sell the house, where she used to reside with her ex-spouse.

The simple and very cozy residence occupies almost 4 sq. ft of living space. The home consists of 4 bedrooms, several bathrooms, a kitchen, a library room, a billiard room, a lounge bar and many other useful and beautiful premises. The former soccer player asked for her house $1, 3 million. Not that much, isn’t it?

Abby Wambach has an extensive car collection. One of the vehicles in the star’s garage has become even popular to some extent. The grey Ford F-150 was stolen and vandalized by three teenagers. Later the boys were arrested. The market price of the car is about $55, 000.