Home > Celebrity Family > Adam Sandler kids: How does famous father bring them up?

Adam Sandler kids: How does famous father bring them up? 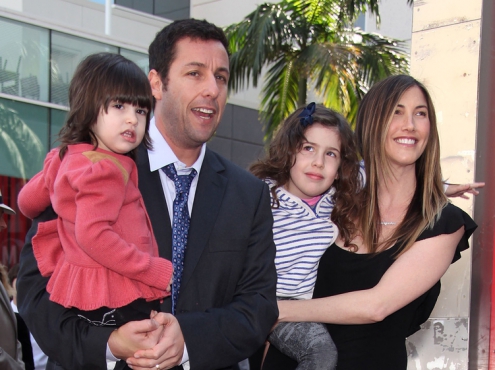 For many people it is a burden to be a parent, but it is even harder to be a good father or mother for a celebrity.

Adam Sandler and his wife Jackie Titone-Sandler have two pre-teen daughters. They try their best to make their kids life as normal as it is possible. They keep their girls away from paparazzi and don’t allow them to watch most of Adam Sandler’s movies as they are usually R-rated. But even when the girls finally get an opportunity to watch their father in some film, very often they get bored.

But in any case, Sadie and Sunny are his father’s pride and love. What do we know about these cute kids? 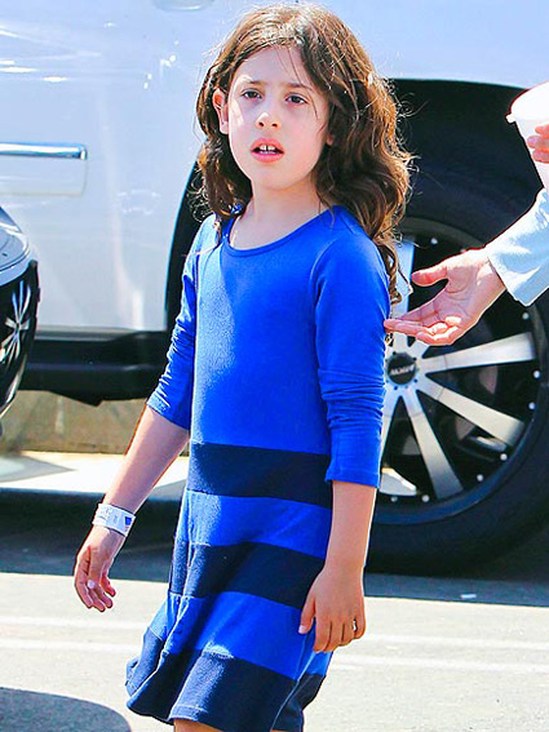 It is quite a pleasant thing to be born in a family of 2 celebs and get both, fame and money from the first days of baby’s life. At the same time, it is a great responsibility, to be a star kid, as each step of such a child is documented and photographed. Nevertheless small Sadie follows her parents’ footsteps. She has already starred in more than 10 films.

Sadie was born on the 6th of May in 2006 in Los Angeles, California. Adam Sandler announced about his new status through media and commented it in his humorous manner that he “liked the child, who was constantly looking at his forehead”.

With the help of her parents, Sadie got her first movie role at the age of 2 in the romantic fantasy “Bedtime Stories”. After that Sadie tried her hand as an actress and movie actress in many other popular films and animations, like “Blended”, “Grown Ups”, “Hotel Transylvania” etc.

Adam and Jackie Sandler welcomed their daughter Sunny on the 2nd of November, 2008. Like her elder sister, Sunny has become an actress at a very young age too. She starred in “Grown Ups” alongside her father and sister, being a two-year-old girl.

Sunny and Sadie are not forced by their parents to follow their footsteps. The girls like to play in the movies. Still Adam Sandler don’t expect from them to choose acting as a profession in future. The comedian star tries to spend more time with his daughters. He plays with them and rides a bike at weekends.