Home > Self-Made Celebs > Arnold Schwarzenegger: “The Secret of My Success is Staying Hungry!”

Arnold Schwarzenegger: “The Secret of My Success is Staying Hungry!” 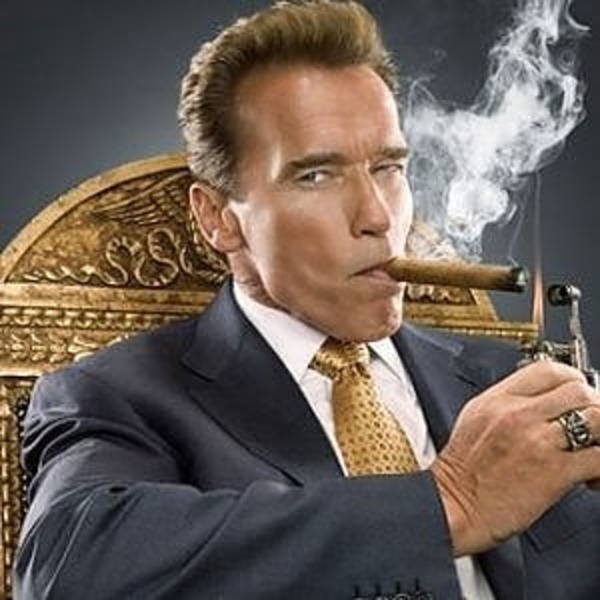 “Arnold is awesome – he's not scared to talk about his life, the good, the bad and the ugly”

“The part when he says "Crush your enemies, see them driven before you, and hear the lamentation of their women" from Conan is my ringtone!” 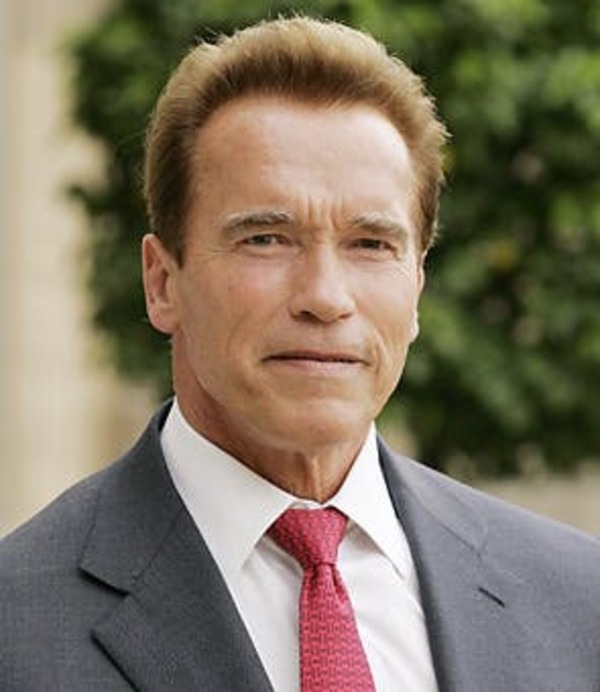 PiNetworth continues to investigate the secrets of success. There are people, who were born rich, and there are the others, who made themselves with their own hands. No doubt, Arnold Schwarzenegger belongs to the second ones. He made a long way from a poor boy in a small town of Thal, Austria to the status of a rich and powerful businessman in California, USA.

He has everything to be happy – muscles, money, five great kids (including Patrick Schwarzenegger) and fame. 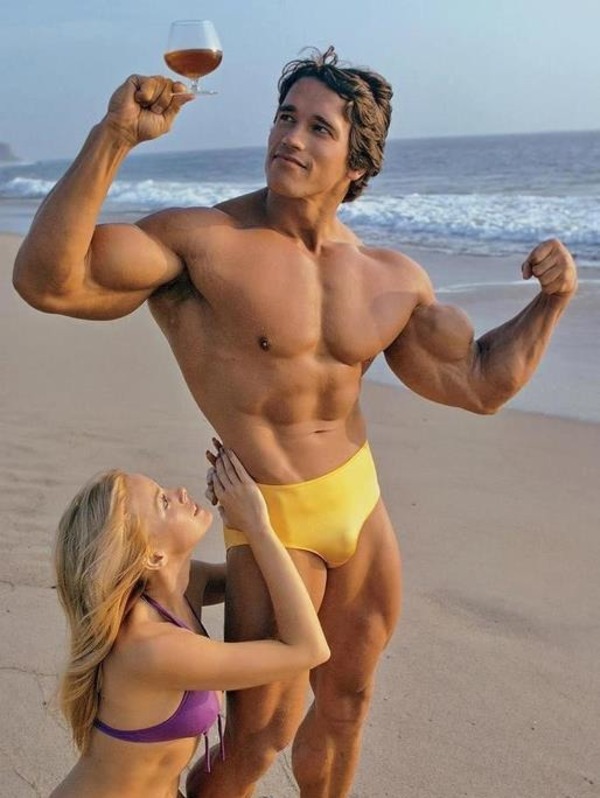 When in his early years Arnold Schwarzenegger told his friends, that he would become a movie star in USA, they laughed at him. He was born far from Hollywood, had a surname “Schwarzenegger”, which was difficult to remember, and didn’t know English.  He had no chance to succeed – but he did it, and that makes him a Legend.

Let’s read his incredible story and try to understand, what a person needs for realizing the most ambitious dreams. 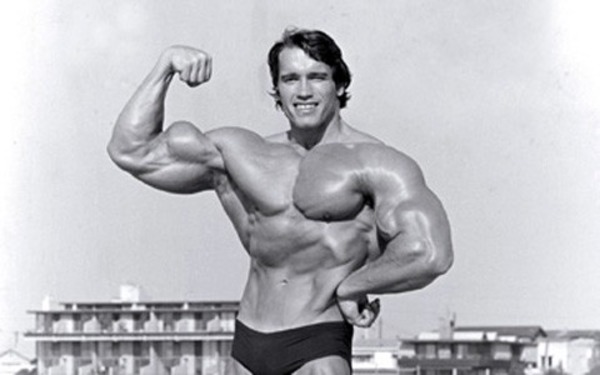 PiNetworth gets lots of letters from the readers with the questions, “How should I achieve my goals?” or “How can I become rich?”

People have questions, and we want to give them answers. There are four steps, which may help you achieve any goal. Arnold Schwarzenegger had coped with all of them. The first one he made at the age of ten. 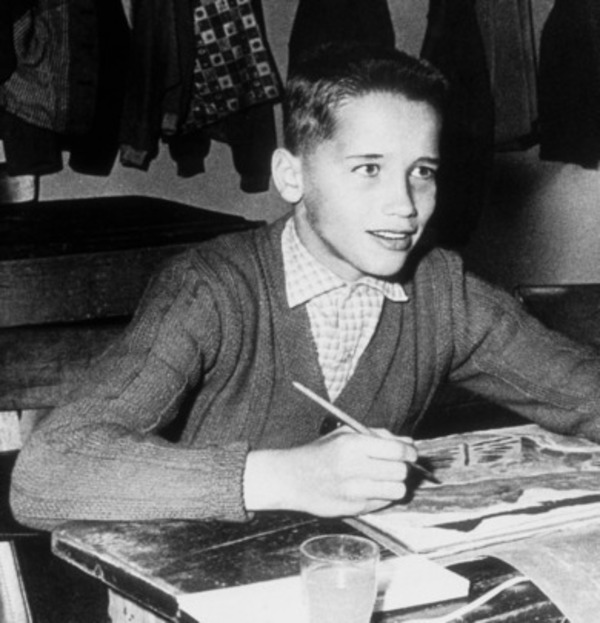 Arnold Schwarzenegger was born in 1947 in Austria. That after-war year was incredibly complicated for all citizens of his country. “In May, two months before my birth, hunger riots took place in Austria!” Schwarzenegger told later. Life was extremely hard both, physically and emotionally. Schwarzenegger’s parents were lack of everything – lack of money, lack of food and comfortable clothes. In addition they lived in a constant fear, that Soviet tanks would come to Vein and take a revenge for the participation of Austrian troops on the side of fascist Germany during the years of the Second World War. 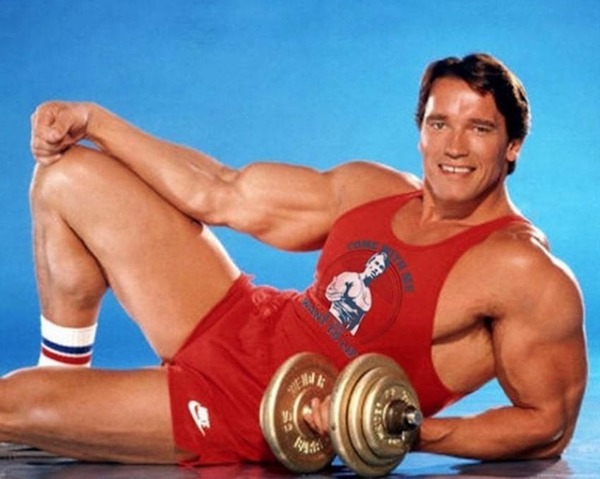 Gustav Schwarzenegger told his sons, Meinhard and Arnold, that Austria could easily become the part of Soviet Union, if it was not supported by USA.

From that moment 10-year-old Arnold decided to move to USA. That sounded ridiculous for his parents, brother and friends, but he was sure, that one day he would really make a step from the plane board to that country of big opportunities.

Arnold put the goal at the age of 10, and from that moment he channeled all his energy to achieve it!

Arnold had no idea, how he could realize his dream. But when he was in the last grade of school, he met Willie Richter. Willie was a little older than Arni – he had already turned 20. The young man earned his living as a lifeguard on the beach. In his free time Richter trained his body, using everything he could find on the beach – thick branches of trees, beach benches and stones. Soon Arni joined Willie – and building the muscles of his body fascinated him. 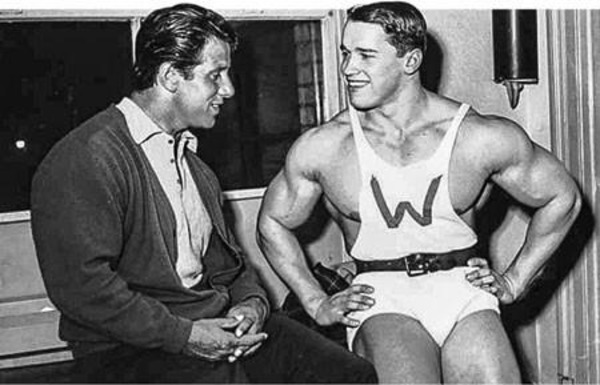 Schwarzenegger continued his workouts in the local gym, where he met other sport enthusiasts. The boys not just trained together, they also read American magazines for bodybuilders. One teen in their company knew English, and he translated the articles to Arnold and his friends.

Thus young Schwarzenegger heard about Reg Park. Reg was celebrated as a talented bodybuilder and actor. He was born in a poor English family and started to train his body in his teens. In 1946 Reg won a title of Mr. Britain. Five years later he became Mr. Universe. Later he was invited to USA as a talented bodybuilder. There he was offered to play in the movie “Hercules in the Haunted World”. 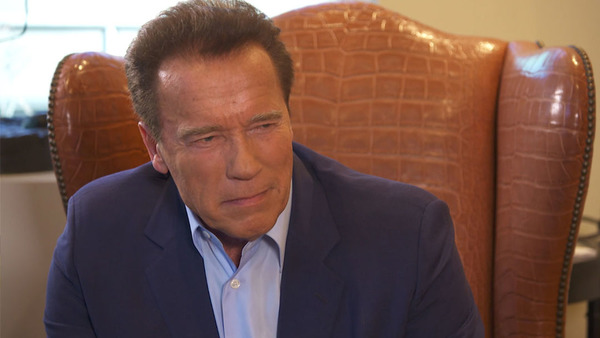 Reg Park’s story impressed Arnold. Many years later he opened up in his interview, that Reg Park was his idol. In any case, Reg was that role model, which Arnold Schwarzenegger was looking for. He made his life plan, using Reg Park’s example. He decided to come to USA through becoming Mr. Universe. And from that moment Arnold Schwarzenegger began to workout like a monster. Finally, he found the way to achieve his goal. 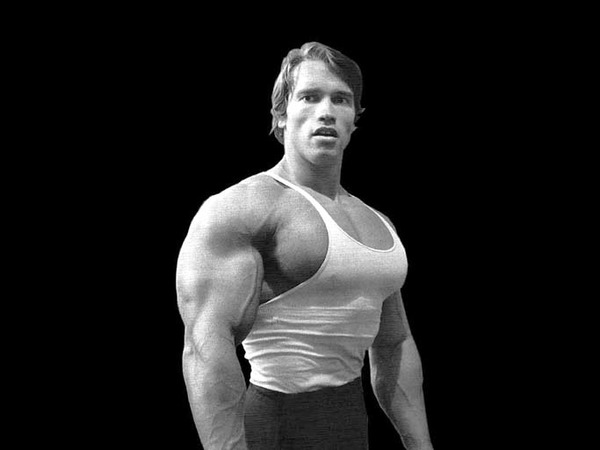 So, here’s the next step for you. You should find a role model – a person, who had already achieved your goal – a popular actor, journalist or athlete. First of all – that person will inspire you to work every day, making your goal closer. And then, that celebrated personality can show you the way – just study the bio and lifestyle.

Arnold Schwarzenegger Third Step: He Believed Without any Hesitation 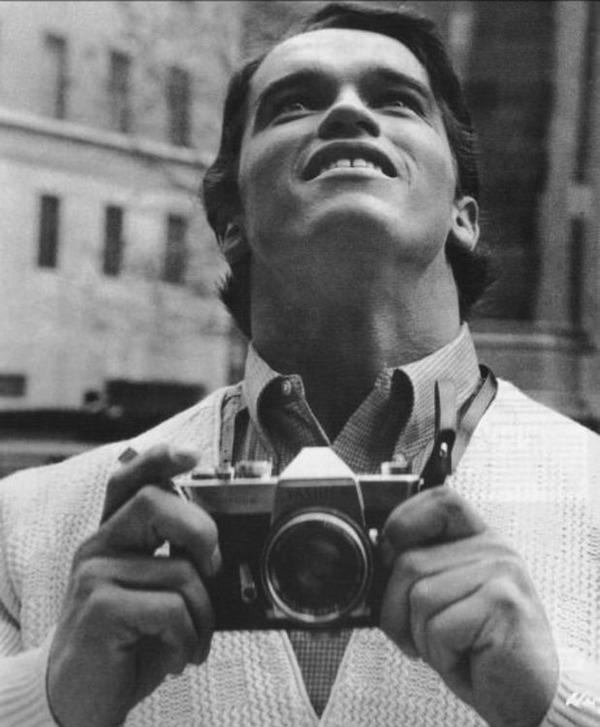 The legendary personality Arnold Schwarzenegger achieved his goal at the age of 21. Till now he keeps his first American photo. He stood in LA airport in cheap shoes and wrinkled clothes. He came to USA as a rising star in bodybuilding. Arni got an invitation from Joe Weider, the popular American publisher and editor of muscles magazines.

We are sure, you know, what happened then. Arni won the title of Mr. Olympia seven times; he appeared in numerous movie hits, such as “Conan the Barbarian”, “The Terminator”, “Predator” etc. He cooperated with Uma Thurman at the set of “Batman & Robin” and with Sylvester Stallone at “The Expendables”. 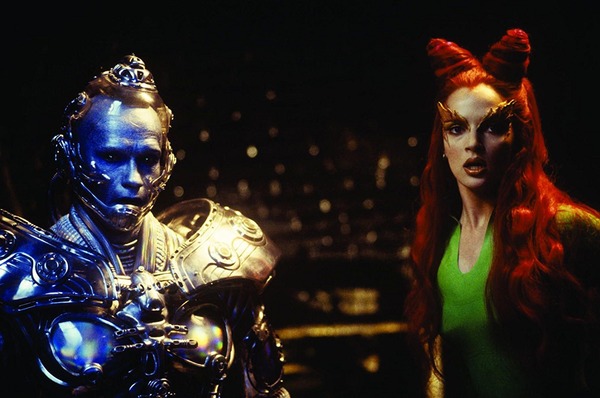 In addition, Arnold got a degree in business at University of Wisconsin, married Maria Shriver and served as Governor of California in 2003-2011.

Within one life he achieved a number of big goals, and each time he heard from people around him that “It was impossible!” So, there’s the third step to success – believe in your goal without any hesitation. Doubts Aside! You can do it!

We hate to tell it, but there’s no way to success without plenty of hard work on it. Due to his father, Arnold Schwarzenegger has always been self-disciplined and worked hard. 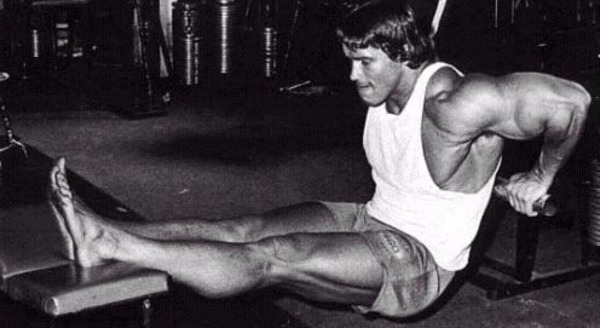 He got his first job at the age of 14 – then he sold an ice-cream on the beach – and he continues working till now. In addition to a regular job, Arni found 2-5 hours per day for his workouts. He was always ready to learn – from Reg Park, Joe Weider, Sargent Shriver and Eunice Kennedy (parents of his wife) and each significant person he met on his way.

That’s his fourth step to success – be ready to work hard and to learn.

In fact, Arnold is a star of the highest level and it was a great pleasure for us to talk to him. 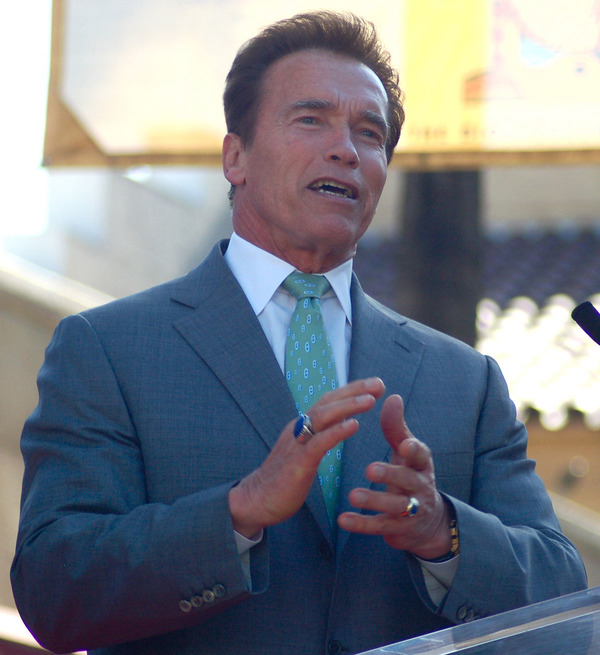 PiNetworth (PI): How can we address you?

Arnold Schwarzenegger (AS): Oh, people call me in different ways: Champ, Governor or Terminator. But I prefer “Arni”.

PI: Arni, your life achievements are amazing. Did your parents’ up-bringing help you to achieve it all?

AS: My father had a great influence on me. He served as the policeman. He brought lots of discipline from his work to our house. Since the earliest years he set a kind of regime for me and my brother Meinhard, which we had to keep to. We got up at 6 am, then had a workout, after that I went to buy milk and had to pass through a thick forest, which was on the way to the local market. That scared me, but I told myself to be strong. 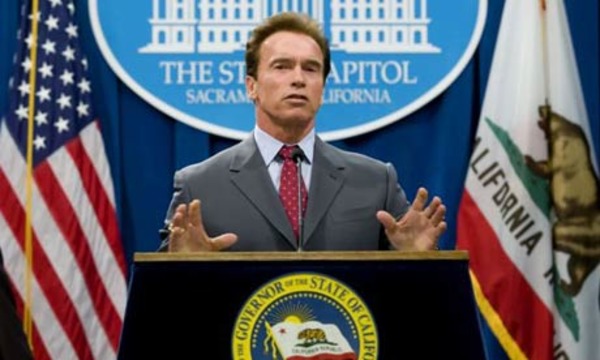 PI: You have told earlier that your family lived in poverty and even had no refrigerator.

AS: Yes, my father bought the first refrigerator, when I turned 14, and boys from my class came to my house to see it! They thought that Schwarzeneggers had lots of money.

PI: That’s incredible! Now, when you have already become rich and popular, do you still workout?

AS: Of course! I work out 45 minutes in the morning and at night every single day! It’s like eating and sleeping for me – it’s necessary! 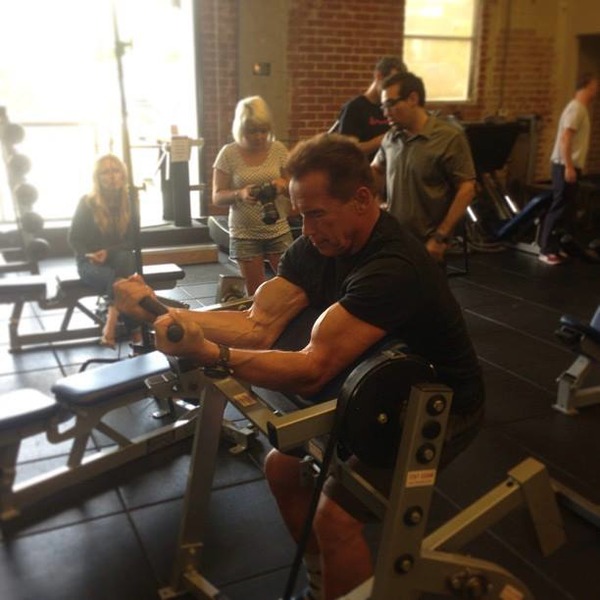 PI: Can you share with our readers your secret rule of success?

AS: Stay hungry! Remember, that a self-balanced and happy person will never become a champion. You should always be hungry for success!