Bar Refaeli net worth is $20 million. 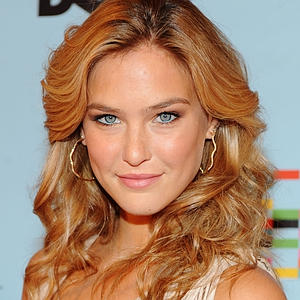 Bar Refaeli is a worldwide known fashion model and occasional actress from Israel, who has a net worth of $20 million. During the years of her successful career Bar had been modeling for solid fashion trademarks like Chanel, Escada, Accessorize and others. Rafaeli also signed super profitable deals with the brands Samsung, Subaru, Garnier etc. Her name has become internationally popular after her deal with lingerie giant “Victoria’s Secret”.

Bar’s pretty face and hot body appeared on the covers of incredibly popular magazines like “Elle”, “Glamour”, “Harper’s Bazaar” and others. She earned millions from her fashion gigs, but her earnings increased even more, when she had started her longtime love affair with a movie star Leo DiCaprio.

Bar appeared in several movies and TV series too, thus having added a solid amount to her bank account. She starred in Israeli movie “Kidon”. The fans can also admire Refaeli’s ideal body in the series “Eretz Nehederet” and “Pick Up”.

Being one of the highest paid fashion stars in the world, Bar had never got any solid education. She started her career at the age of 8 months and from that moment her life was connected with modeling. She was a busy model at the age of 15 and at the age of 20 her face appeared in the most popular fashion issues in the world.

In 2013 Bar Refaeli tried her hand as a TV host too. She was invited to host the show “The X Factor” in Israel. This job made Bar Refaeli much richer too.