Home > Celebrity Family > Kids > Ben Affleck Kids: They are the Main Priority for Their Parents

Ben Affleck Kids: They are the Main Priority for Their Parents

PiNetworth likes to tell you about celebrities’ families, to show you that they are made of the same dough like other people. Stars get closer – and this time we will look at Ben Affleck family through a magnifying glass.

“He is coming off as a REAL hands-on dad. While Brad Pitt just used his kids for publicity”, one of Ben Affleck fans wrote through social media.

We won’t gossip about Brad today and compare him to Ben, but in any case we have noticed, that Batman actor spends a lot of time with his kids, even after his split to Jennifer Garner, a mother of his two daughters and a son.

Hearts of many fans were broken, when they got news of Affleck-Garner divorce after 10 years of marriage, which seemed so happy for onlookers. 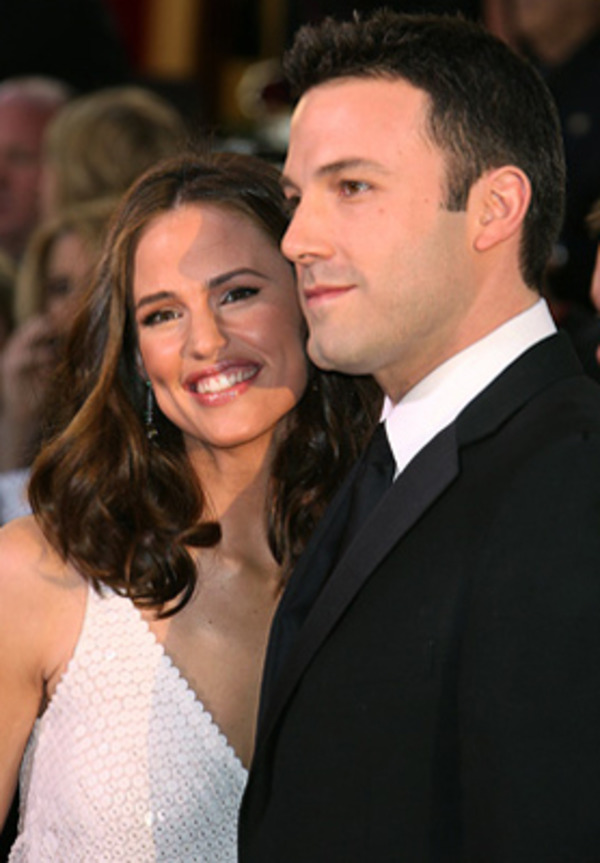 The couple wedded in Turks and Caicos in summer, 2005 and that very year they welcomed their first kid.

Happy parents welcomed Violet Anne Affleck on December 1, 2005. She was the first kid for both – Ben and Jen, and they felt incredibly happy and very responsible that day. Violet was their first big project, their first big hit – and from that moment they were united even more, than on their wedding day. 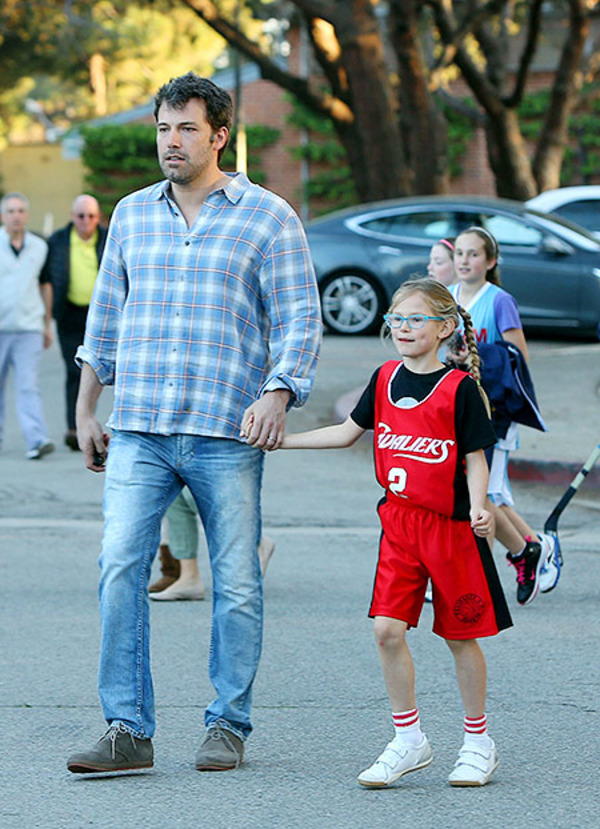 It was hard for two celebs with busy schedules to join their careers with parenthood. In 2005-2006 Ben Affleck was busy at the set of “Hollywoodland”, where he portrayed George Reeves, an actor, whose career was in its silent phase.

Jen was on her peak too. She played the lead role in adventurous series “Alias” and was cast into the big screen movie “Catch and Release”.

In spite of her busy schedule, Garner didn’t want to refuse from breastfeeding, that’s why she asked the nanny bring small Violet to the film set. There Jennifer was in disguise – sometimes she was even in fake blood and mud – and that’s why little Violet’s neat clothes were covered with red sticky substance.

Each time, when she could make a pause in a filming process, Garner rushed home and spent time with her sweet girl. Ben did the same and from that moment the couple was nicknamed as “domestic” for their intention to spend free time at home instead of visiting glamorous parties and appearing at red carpet events. 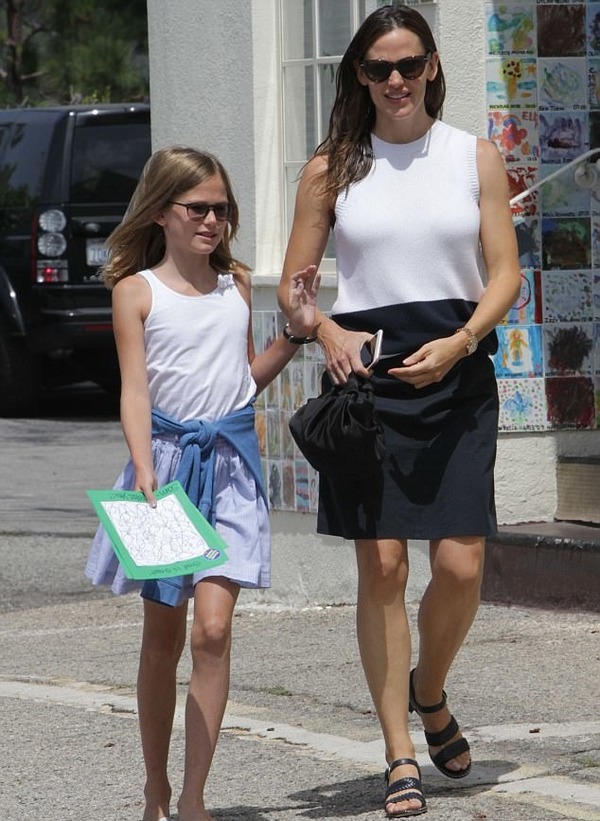 Violet was baptized in Charleston, West Virginia after she turned 1. Although famous parents tried to hide the cute child from paparazzi, very often she was photographed – and each time got lots of compliments from viewers for her charming smile.

At the age of 6 Violet went to school, where she tried her best to be a good pupil and enjoyed playing soccer. The girl spends lots of time with her younger sister Seraphina.

Seraphina Affleck was born on January 6, 2009 in LA, California. To the moment of her birth Ben Affleck was completely involved into career making process. He appeared in many new films, including the hit “He's Just Not That Into You” as Jennifer Aniston screen love interest and was planning to try his hand as a film director. 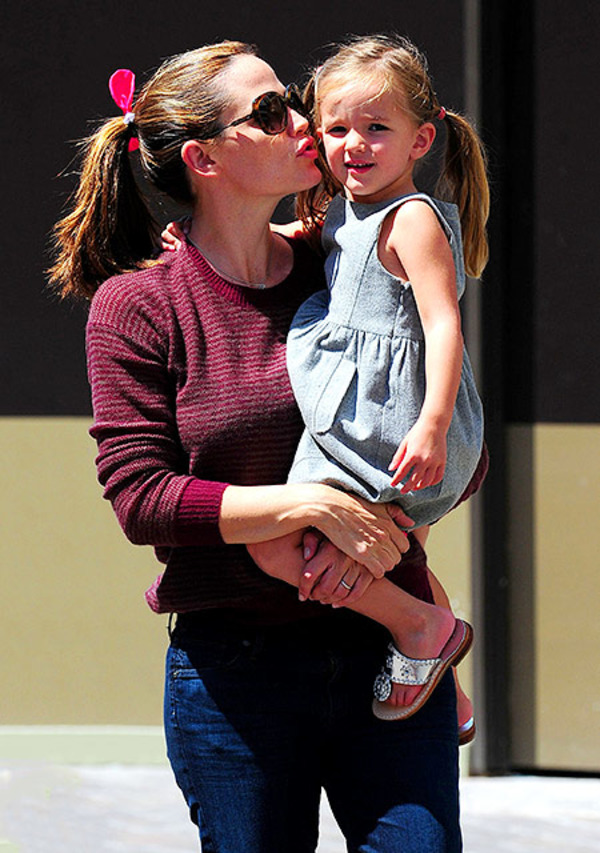 At the same time his wife, Jennifer Garner, turned the focus of her life from activity of a movie star to pleasant duties of a housewife. She changed shiny dresses for worn jeans and tops and high-heeled shows for sneakers.

Jennifer spent her time with new-born Seraphina, who turned to be the exact copy of Violet, but with dark hair. Garner wanted to become the perfect mom – she dealt with cooking, changing diapers and breastfeeding.

To let her girls live a comfortable life, Garner moved to Cambridge, Massachusetts. At the same time Ben Affleck was busy with a new movie in Boston, that’s why he saw his small daughter Seraphina very seldom. 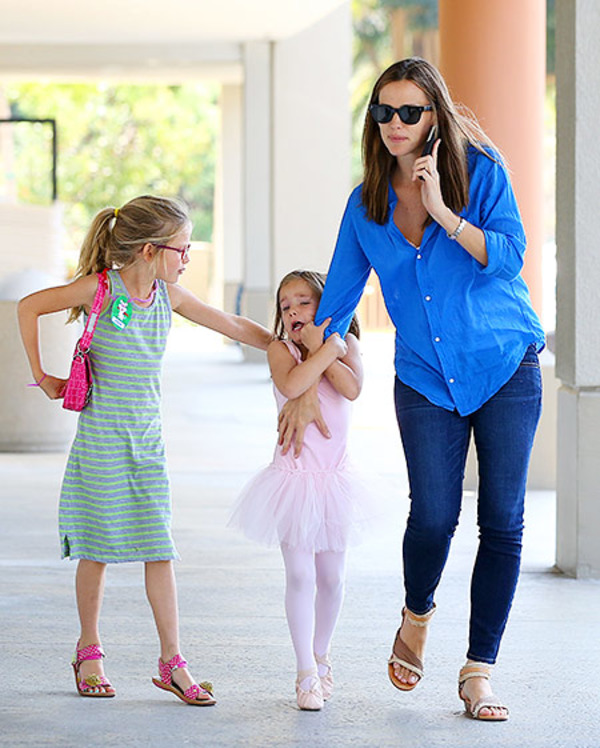 Seraphina is now a school pupil. Although Ben told in his interview, that none of his kids has an interest to acting, she is the only child of Garner-Affleck couple, who has already starred in the movie. At the age of 3 she appeared in her father’s film “Argo”.

Having welcomed two sweet girls, Jennifer and Ben looked really happy. But Affleck’s fans never got tired to wish through social media their favorite star to have a son. Finally, Jennifer Garner announced in press, that she is pregnant for the third time. 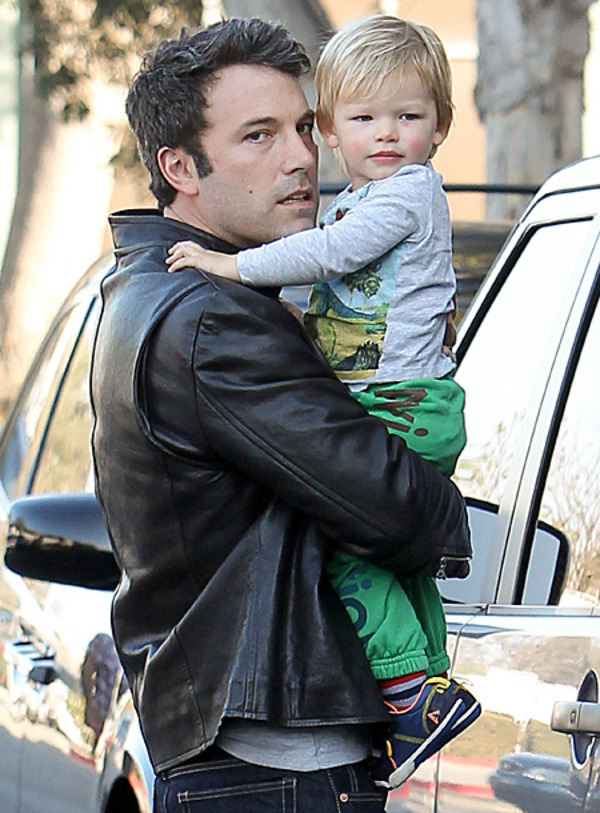 Samuel Garner Affleck was born on February 27, in 2012. Then Ben Affleck’s eyes were shining with happiness. At the same time, he told in the interview, that he was worrying a bit – as he had already learnt, how to bring up girls, and didn’t know what to do with a boy. So, he had to study the new phase of parenting!

When the news about the birth of Samuel Garner Affleck spread al over the world, paparazzi were ready for everything to take a picture of the newborn kid. But Ben Affleck hid his son from photographers and that’s why his fans had no idea, what small Sam looked like. 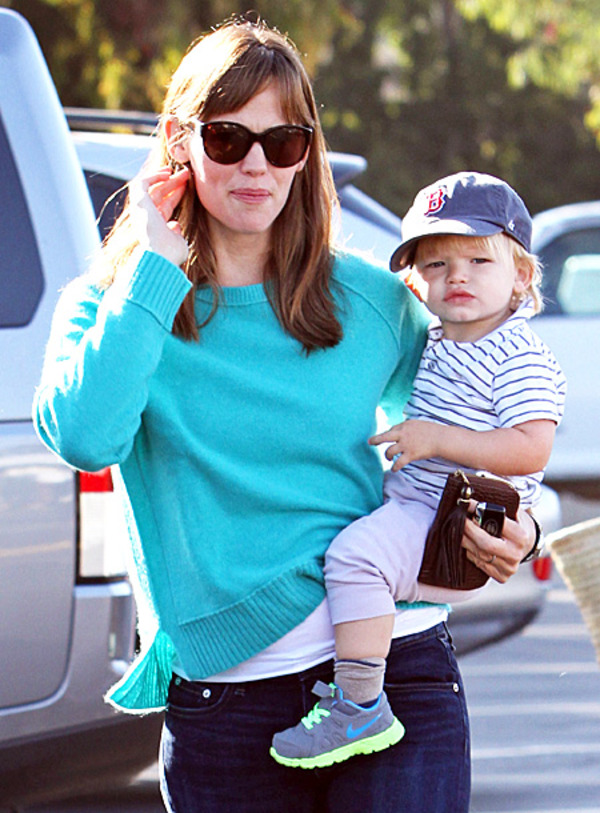 Samuel appeared in public for the first time on the day he was baptized. The ceremony took place at Christ Church United Methodist, where in 2005 Ben and Jennifer tied a knot.

“Sam is a cute baby. He was dressed in blue overalls and looked so great! He waved his hand and wanted to greet the pastor with “high five”, one of churchgoers told to “People” magazine. 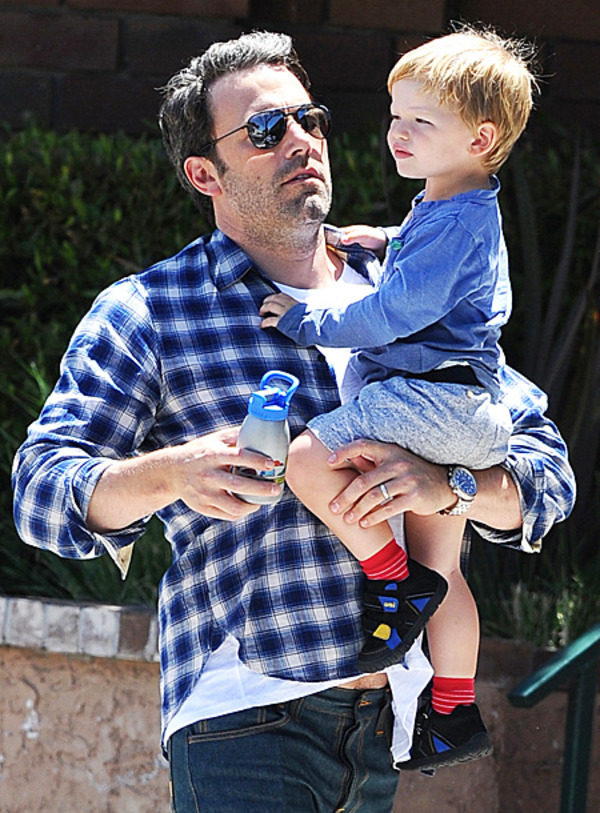 From that moment Ben and Jennifer were ready to show their son in public. Soon fans admired Jen and Ben during the celebration of American Independence Day – it’s an unusual way for celebs to show their kid to the world, isn’t it? Ben Affleck kids visited parade with their parents and were dressed in patriotic colors – Violet had a T-shirt with the word “USA” printed on it, Serafina had ribbons of American flag colors, and Samuel wore striped socks.

Affleck-Garner family looked really happy then. Jen and Ben tried to bring up their kids out of limelight. Each Sunday Jen took Violet, Sera and Sam to church. 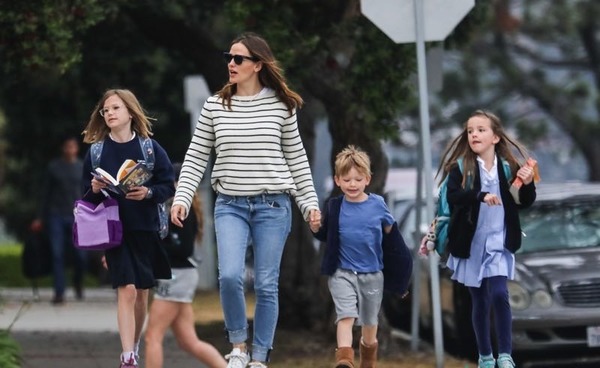 Now, when Ben and Jennifer’s marriage is over, Affleck very often comes to see his kids. They eat ice cream, visit church service or simply run in the streets.

“Kids remain the main priority for me and Jen”, shared Ben Affleck at Ellen DeGeneres show.