Bo Jackson Net Worth is $16 Million 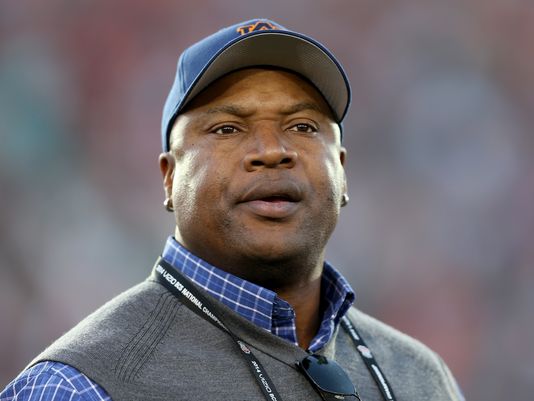 Bo Jackson is a retired sportsman, but till now he is celebrated all over the world. He is nicknamed as GOAT by his fans, which means “Greatest of All Time”. He is glorified as an all-star player in both baseball and football, which makes him a unique athlete.

His star career was interrupted by trauma. That caused his retirement in 1995. But he managed to save $16 million net worth. What is his success story? What does he do now?

Bo showed a talent of an athlete in his school years. He has become a local sensation in football, baseball and running and got an interesting offer from a famous team New York Yankees immediately after graduation from school. Bo dreamed about career of an athlete, but his mother insisted, he should enter some college and become the first member in their family with a degree. To fulfill his mother’s wish, Jackson entered Auburn University. He played baseball and football during his college years. In 1986 he left college to pursue career of an athlete. In 1995 Bo came back to the University and finally got his degree in family and child development.

The most successful year in his career was 1989. Then Bo Jackson followed two paths – football and baseball – and became successful in both.

He earned $1, 06 million from his deal with Kansas City Royals. He played for the team during 3 years and then was injured heavily. The player was sent for rehabilitation, he continued playing after that, but his finest hour has already passed.

In 1995 the stellar athlete decided to retire. After that he had become a successful entrepreneur and continued saving his money. He runs sports facility “Bo Jackson's Elite Sports” which supports young athletes.