Home > Celebrity Family > Wife > Brad Pitt Wife: “Nobody wins the divorce process in court – there’s only the question, who will get the least bad solution!”

Brad Pitt Wife: “Nobody wins the divorce process in court – there’s only the question, who will get the least bad solution!” 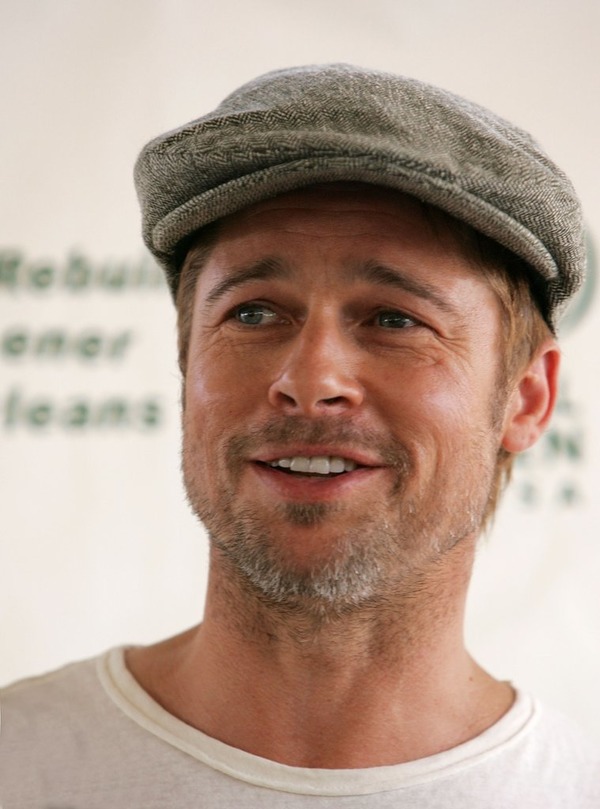 Brad Pitt often chases headlines. No wonder, because the talented actor appeared in numerous films, which had become massive box office hits. He acted in “Fight Club”, “Se7en”, “12 Years a Slave” etc. But his career is not the only reason, why the actor very often is followed by paparazzi. His two first-class marriages and loud divorce processes made people all over the world get up early and run for the morning paper in order to know everything about a new spiral of his disagreement with his spouse. 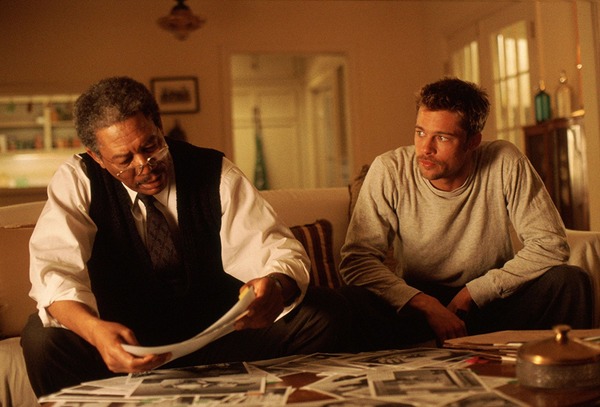 Pitt dated numerous women – mostly actresses, but was married just twice. His first wife was an actress Jennifer Aniston. We have already told about her personal life in “Jennifer Aniston’s Husbands”. For now, it is rumored, that Jen decided to get divorced with her second husband Justin Theroux because of her decision to reconcile with Pitt. 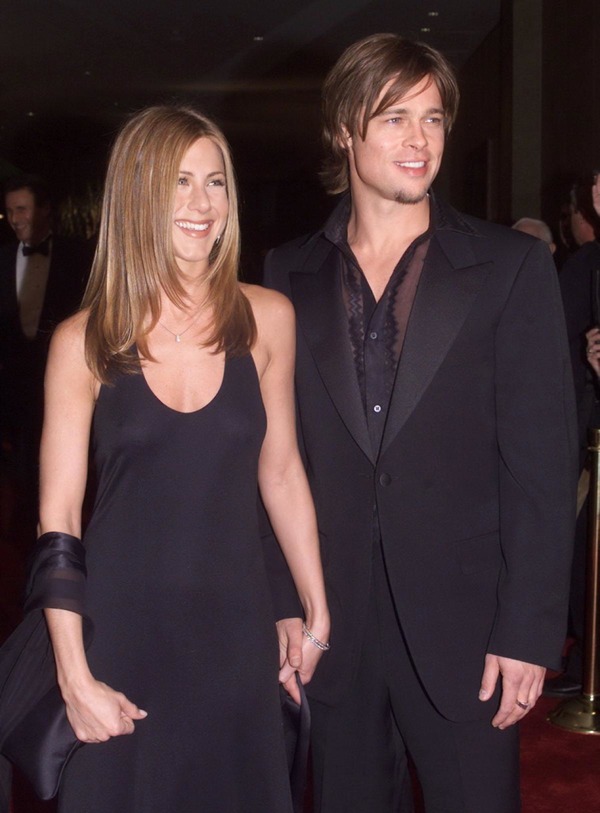 Brad Pitt’s second wife was the femme fatale Angelina Jolie. Their love story till now remains the most passionate in Hollywood. But he separated from her too. In his interview to CQ magazine the actor opened up that, “Nobody wins the divorce process in court – there’s only the question, who will get the least bad solution!” 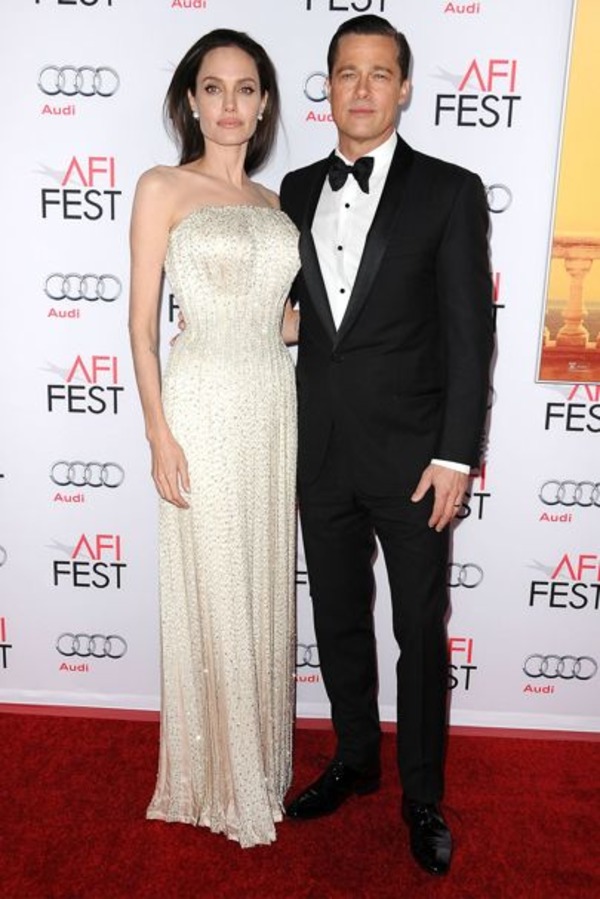 Now it’s time for you to know everything about Brad Pitt wife – the first one and the second one – and recollect in mind the timeline of their relationships.

According to statistics, most of females would choose Jennifer Aniston body (as well as her hair and smile) if they had an opportunity to be born one more time. 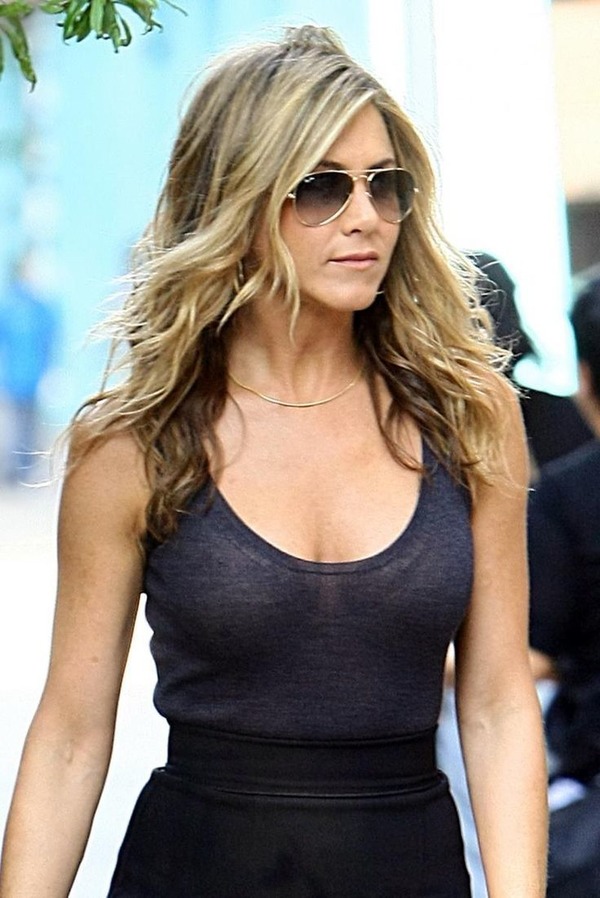 Very slim, fragile and pretty, Jennifer is a woman, who created herself with her own hands.  She was included in the list of stars, who spend the most for their beauty. Jen had never been considered as a beauty in college and had no chance to become a model, like she dreamed in her teens. No wonder, because the actress was too short, had a tendency towards corpulence and had quite a big nose, which she got from her Greek father. It’s not proved, but some Aniston childhood friends told, that Jen was slightly cross-eyed and later corrected that drawback.

Jen is a daughter of a famous actor John Aniston and his wife Nancy Dow. Her parents separated, and the future Rachel Green actress lived with her mother, who criticized the girl’s appearance several times per day. 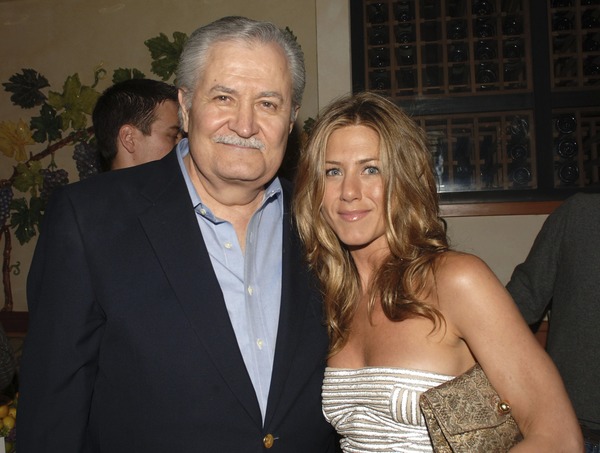 Later Nancy published a book on her relationships with a popular daughter, which caused their conflict. Jen and Nancy for years didn’t talk to one another.

Inspired by her father, Aniston got interested in acting and had played in school performances since the age of 11.

She decided to act professionally and entered High School of the Performing Arts. There Aniston was considered as a brilliant student, and most of her teachers were in much agreement about Jen’s stage type – she was a typical comic actress. 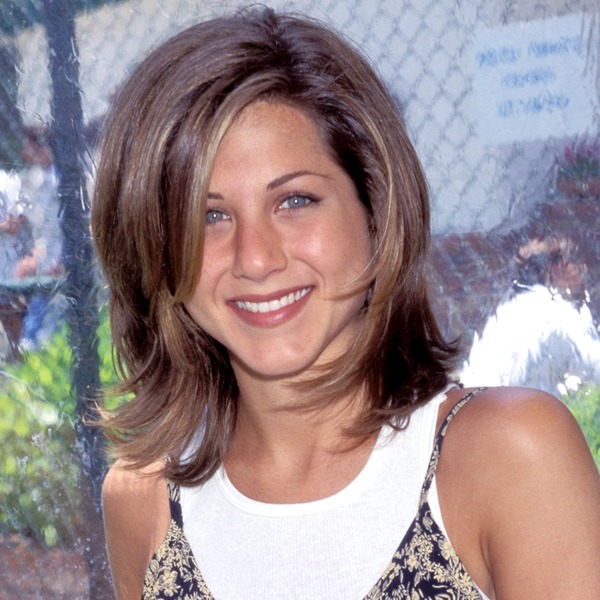 But in early 1990s such a stage type was not popular. Viewers preferred complicated dramas and adventurous detective stories to light-minded comedies with funny girls like Aniston. Nevertheless Jen was ready to fight for her success. She found an agent, who imposed certain conditions in front of her. The girl had to lose 30 pounds and visit each audition he could offer her.

From that moment the young actress kept to a diet and visited 10-20 auditions per months. She joined that with work of a waitress – Jen had to maintain herself. 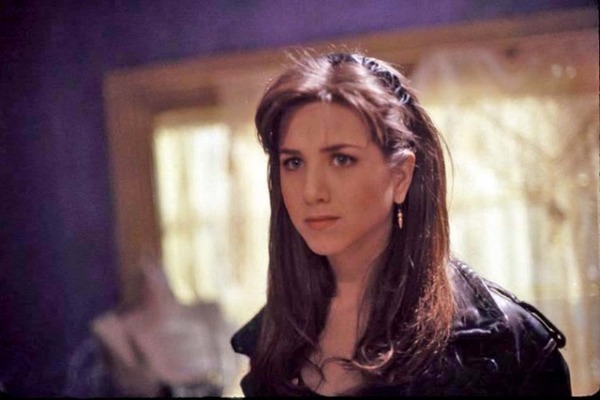 She debuted in an horror comedy “Leprechaun” and as a result got a long scar on her palm – she was hurt on the set. After that Jen was caught into a round of failure. The young actress couldn’t get a serious role. She was cast mostly for tiny roles and very often she was even uncredited. Aniston had always been optimistic, and believed that one day she would succeed. But the long period of failures made her think about changing the focus of her career. Following her mother’s advice, Aniston was thinking about getting a degree in psychology. But her agent convinced her to visit one more audition. 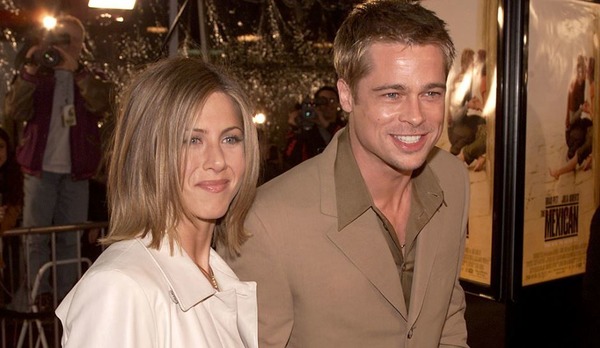 When Jennifer Aniston was auditioning for the role of Rachel Green, she couldn’t even imagine that it would become her winning ticket. The new project of producers David Crane and Marta Kauffman was not supposed to become a hit. Simple decorations, young unknown actors and a light-minded plot – about life of six friends, who had always been involved into various stories – was on air during the evening time at NBC and its only purpose was to entertain Americans after a long working day.

But “Friends” had become a massive hit, and it put Jen’s career to the new level.

In 1998 Aniston has already gained the status of a young talented actress. But she was still alone, that’s why one of her friends arranged a blind date for her. Thus she met Brad Pitt. 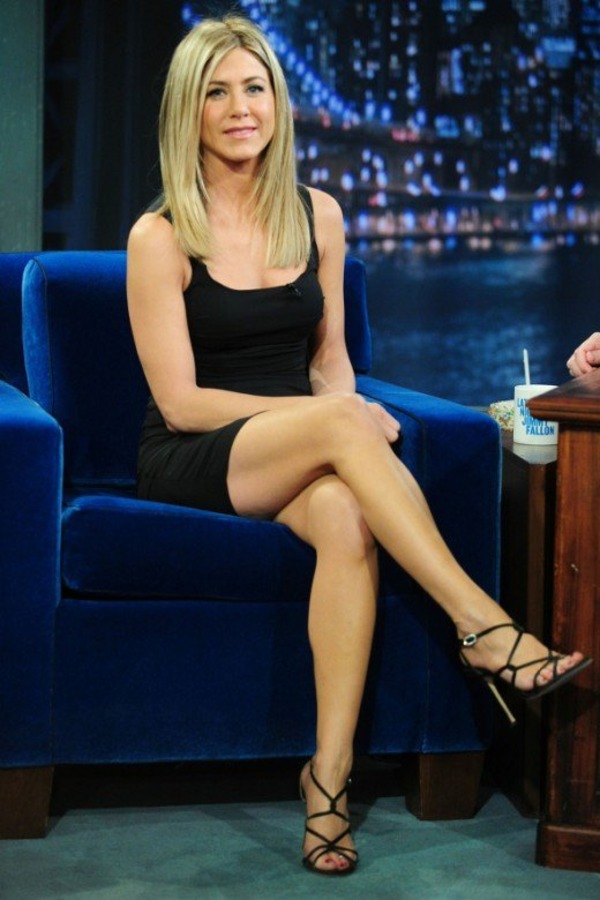 A tall handsome Pitt and slim small Aniston were a perfect couple. They both belonged to a closed world of A list stars, both dreamed to have a big family and both had a good reputation – which is a rare thing for celebrities.

They wedded on a hot summer day in July in their mansion in Malibu. The luxurious marriage ceremony of two actors was included into the list of ten most expensive celebs’ weddings. During long 5 years the whole world envied them – so beautiful, rich and popular. But in 2005 everything was over.

Brad Pitt and Jennifer Aniston filed for divorce. And the reason was a femme fatale Angelina Jolie. 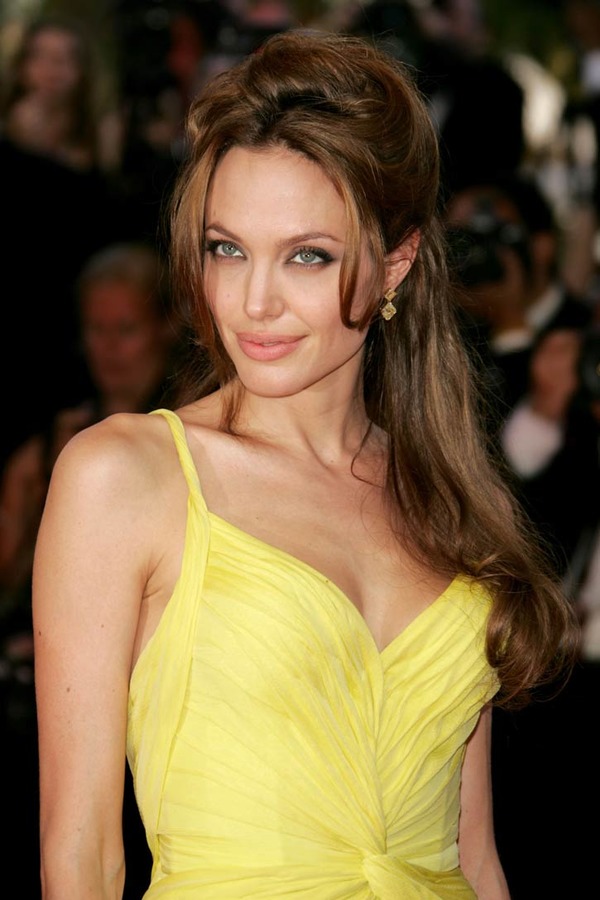 All the members of Mr. and Mrs. Smith staff remember till now the passion between Brad Pitt and Angelina Jolie. As the legend says, at first two actors hated each other. Jolie considered Pitt as too good and too sensible, while he thought that Angie was too arrogant and capricious.

In fact, she had the right to be like that, because she was really worth each positive review received by her. 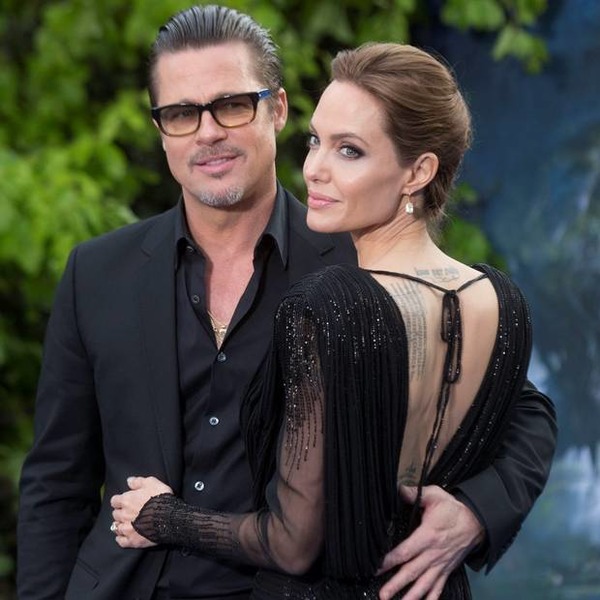 Angie was born in the family of a famous actor Jon Voight and a model Marcheline Bertrand. Jolie was still a baby, when her parents separated, and from that moment she lived under one roof with her mother and older brother James Haven.

Marcheline worked from morning till night and their level of life was not classically low, but they lived much worse than other pupils of Beverly Hills High, where Angie and James were studying. 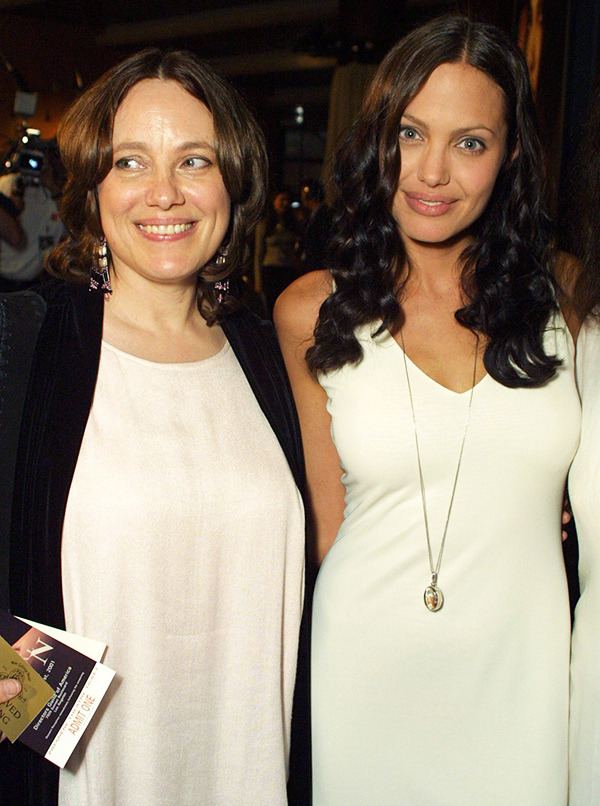 Angelina Jolie was just 14, when she started working. At first she was a model and later turned into actress, having appeared in a number of films, including “Lookin' to Get Out”, “Alice & Viril”, “Hackers” etc.

Jolie rose to stardom in 2001, when she played the title role in “Lara Croft: Tomb Raider”. From that moment Angie enjoyed the status of a celebrity. She acted in “Taking Lives”, “Alexander”, voiced a fish in “Shark Tale” and found the time in her tough schedule for active personal life. 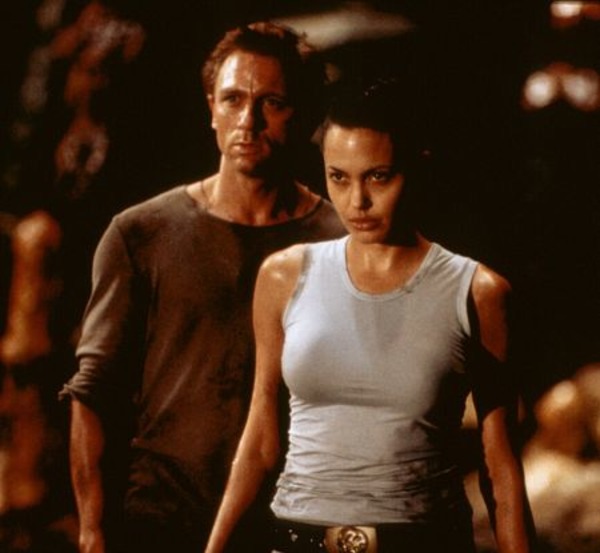 To her 30s Angelina Jolie had tried everything. She loved herself and hated herself (in her 20s Jolie hired a hitman to kill her – that was a strange way to commit a suicide), had affairs with both, men and women (Jolie was in long term relationships with a model Jenny Shimizu) and got married twice.

He was still married to Jennifer Aniston, and she had just divorced to Billy Bob Thornton and adopted Maddox. They didn’t like each other mentally, but perfectly fit each other physically. Soon everyone at “Mr. and Mrs. Smith” film set knew about their affair. 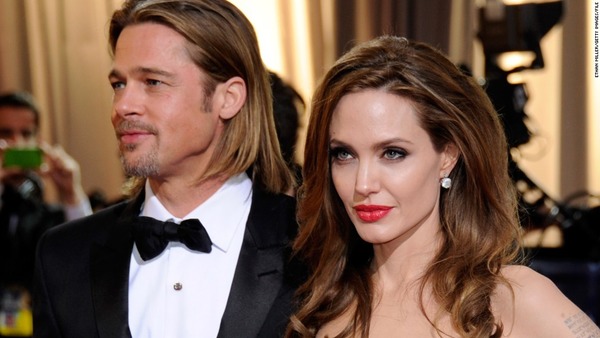 And Brad Pitt really fell in love with her. He accepted everything about her – Jolie’s depressions, bad nature and bisexuality. He left Jen and they moved together. Thus Brangelina was born.

Angie and Brad decorated each red-carpet event with their brand clothes, perfect bodies and loving eyes, which were looking at one another. They gave a birth to three kids and adopted three kids more. They bought mansions, spent millions of dollars for charity and enjoyed their happy family life.

Jolie and Pitt wedded in 2014 after 9 years of relationships. The closed wedding ceremony was visited by their kids and best friends. 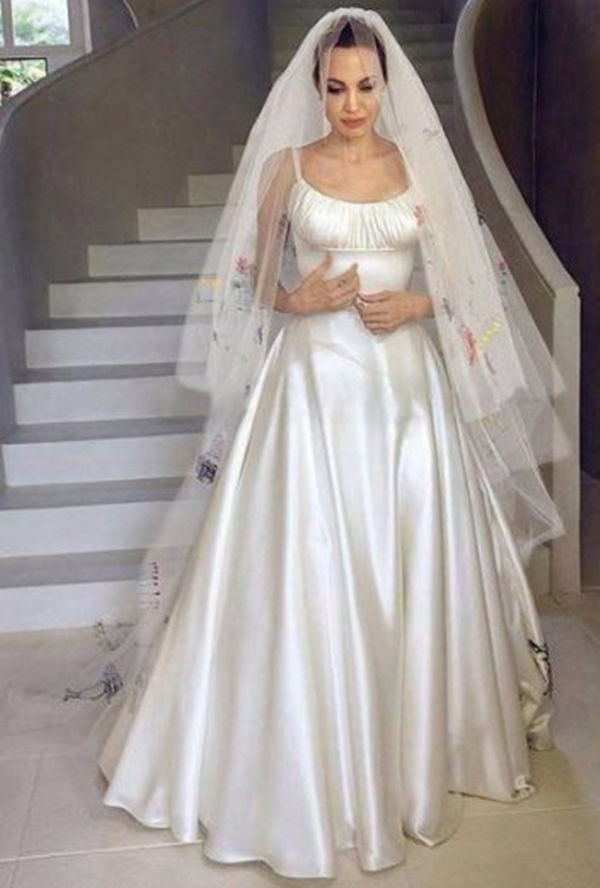 But in spite of the wedding, the rumors of the actors split appeared in press. According to anonymous source, the idea to get married occurred in Brad’s mind to save their love.

But it didn’t help. In September, 2016 Angelina Jolie filed for divorce. The reason was Brad Pitt alcohol addiction. Later the actor opened up in his interview that really he was drinking too much, and it caused lots of conflicts between him and Angelina. 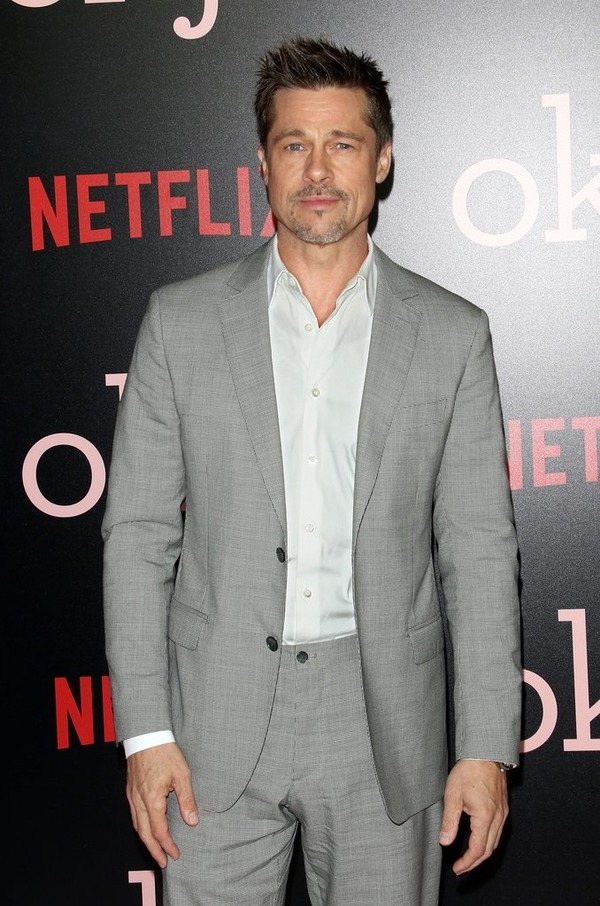 Currently Brad Pitt is single. He is rumored to be in love with Jennifer Aniston. They say Pitt plans to reconcile with his ex-wife.