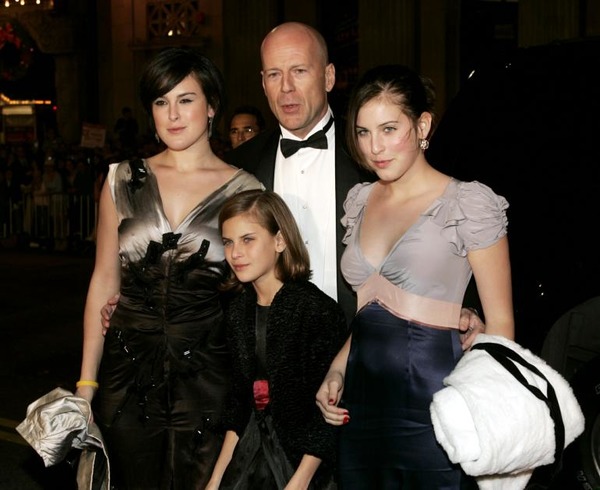 While people all over the world are obsessed with their career, the movie star Bruce Willis tells, “I'm much more proud of being a father than being an actor!” 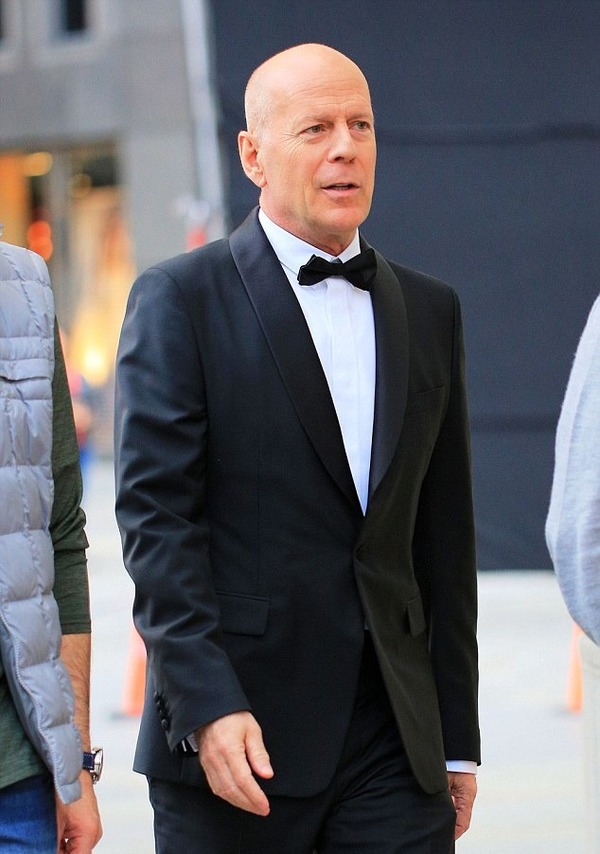 Die Hard star is a father of five kids, and all of them are girls. Bruce Willis fathered three Demi Moore daughters – Rumer, Tallulah and Scout. And the actor has two daughters with his current wife Emma Heming. Let’s get acquainted with five daddy’s daughters a little closer! 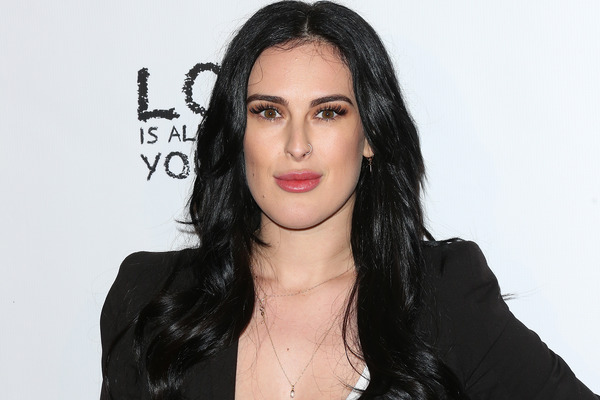 The real power couple of 1990s, Bruce Willis and Demi Moore gave a birth to three great kids. They separated after 13 years of marriage and both moved on to new marriages. Demi wedded a young Hollywood actor Ashton Kutcher. The Hollywood veteran Bruce Willis put 100% of efforts to make friends with Moore’s new husband. He did it for his daughters – thus he could stay connected with them and care about them. 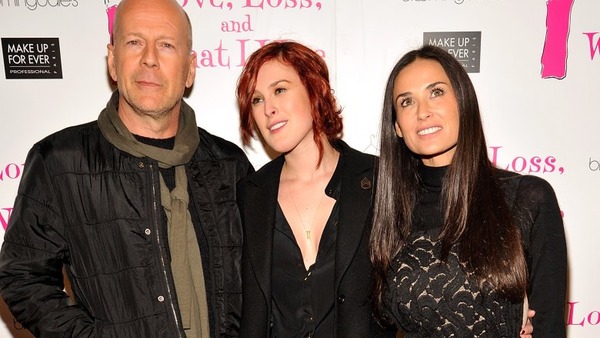 That constant desire to care appeared in Willis heart, when he saw the smile of his first daughter for the first time. Rumer Glenn Willis was born on August 16, 1988. The baby girl came from her mother’s womb and immediately appeared in the limelight. Demi hired a cameraman to film each detail of baby delivery.

Thus, the kiddy understood from the first minutes of life, that she was special. Her early years had nothing in common with the childhood of other children. From the first days Rumer was surrounded by nurses and nannies. But she didn’t see her parents – both, they were busy with new projects.

That very year, when Rumer was born, Bruce Willis starred in one of his greatest movies – the hit “Die Hard”. That screen work hit the box office – and after that the loving daddy was a rare guest in Rumer life. He produced hit films, like a machine – every single year. 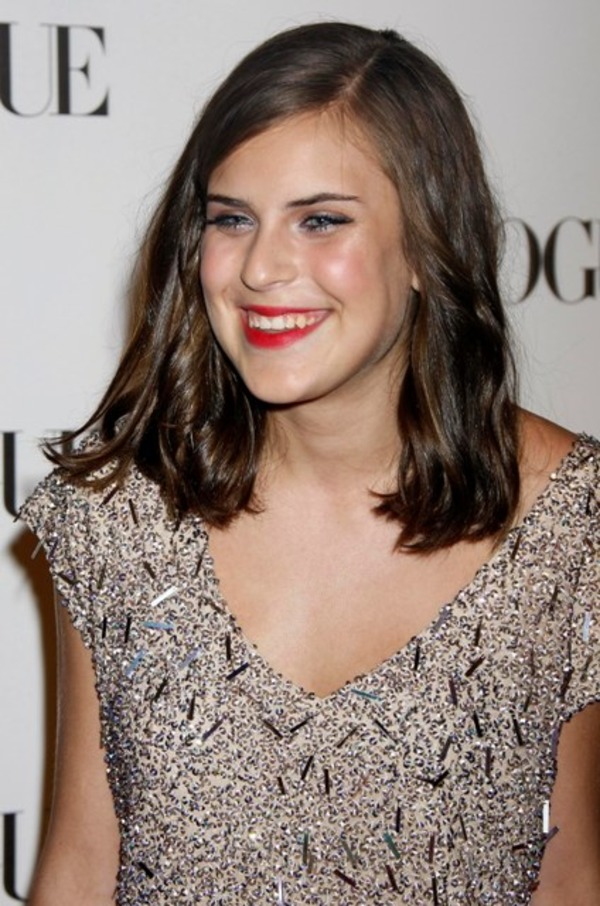 Her mother, Demi Moore, kept the bar high too. When Rumer was just 1 year old, Demi received the main role in “Ghost”. Her parents were A list Hollywood stars. And Rumer tried her best to be worth them.

The girl attended Wildwood Secondary School in LA and then entered University of Southern California, but soon dropped it out. Rumer didn’t need any education – she had already decided, what career to choose.

The daughter of two actors wanted to follow their pace – of course, that decision looked quite ordinary. But for Rumer Willis it was natural, as she has been acting in the films since 1995. The girl debuted in “Now and Then” alongside her stunning mother. Then she made a short appearance in “Striptease”. At the age of 12 Rumer got a chance to share a screen time with her father – in “The Whole Nine Yards”. 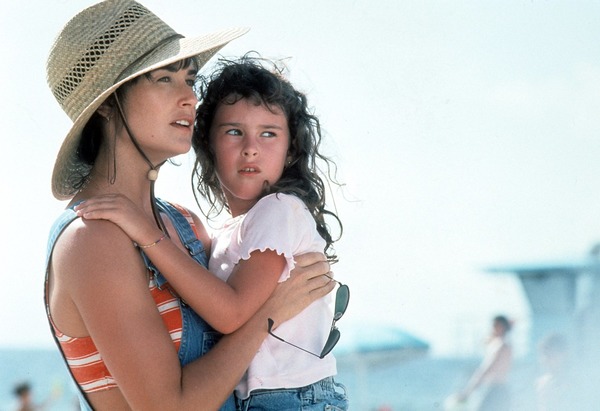 When Rumer grew up, she started to get the roles independently from her parents. She got a tiny role in a drama “Whore” and played the title role in “The Odd Way Home”, the drama film, known to narrow circle of viewers.

In fact, Rumer Willis was really talented, but she was overshadowed by her famous parents. The daughter of two most beautiful people in Hollywood, Rumer herself was quite plain.

But in 2015 she met her finest hour. The actress Rumer Willis was cast as a new contestant of a popular show “Dancing with the Stars”. A Ukrainian-born dancer Valentin Chmerkovskiy became her partner.

The 20th season of DWTS turned to be the long-lasting triumph of Rumer and Val. They danced so emotionally, so faithfully, that it became obvious at first sight – they were the best. 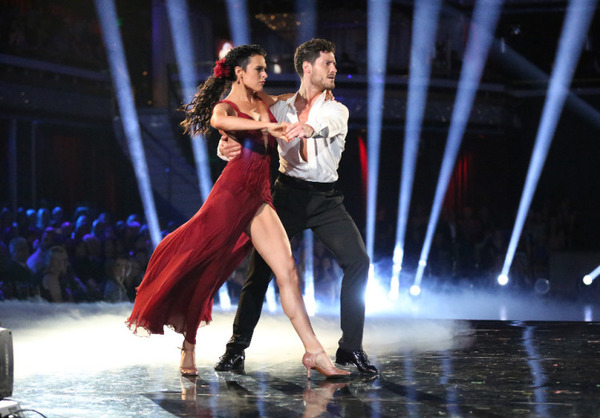 Now she continues her career as an actress and singer. Not long ago Rumer debuted as Roxie in a Broadway musical “Chicago”. In October, 2016 she started her first concert tour “Over The Love”. By the way, the young star Rumer Willis has already passed through alcohol addiction. She was sent for rehab and now leads sober way of living. 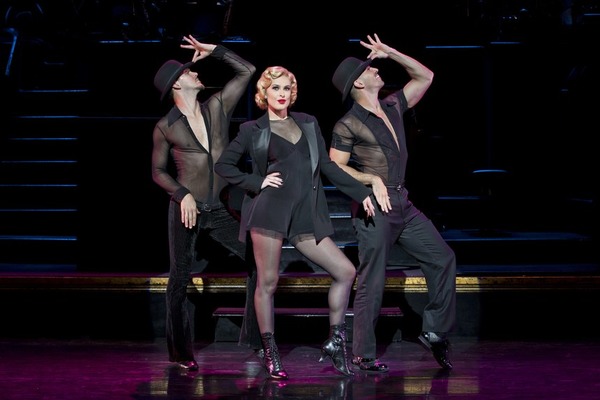 So, the parents can be proud of Rumer – she is working hard and it turns her back. But as for personal life, it’s not so successful. Nowadays Rumer Willis is single. She previously dated the actor Micah Alberti and some others. 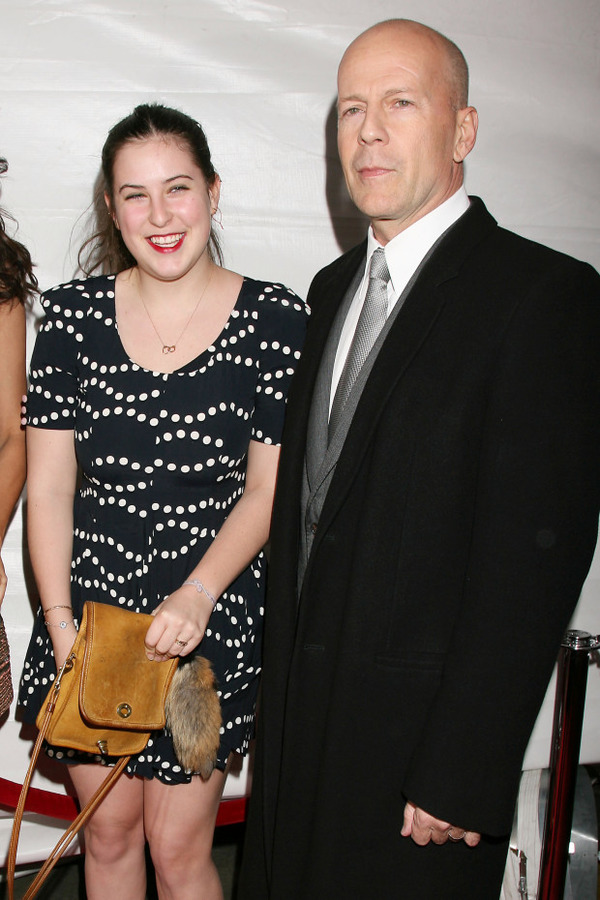 The sensation is always created in one and the same way. Some artist – an actor, designer or scientist – presents his new idea, and all the others immediately copy it.

Thus, till now the scene from Marilyn Monroe movie “The Seven Year Itch”, where she stood on a subway gate in a white dress, blown with the wind, is copied all over the world. The same thing happened to Demi Moore and Scout LaRue Willis. They both took part in a photo session, which later was copied by Cindy Crawford, Serena Williams and other stars.

To be more precise, Scout was not an obvious participant of that photo shot. Then she stayed peacefully in her mother’s womb, while Demi was demonstrating her huge naked belly to all people on the planet. 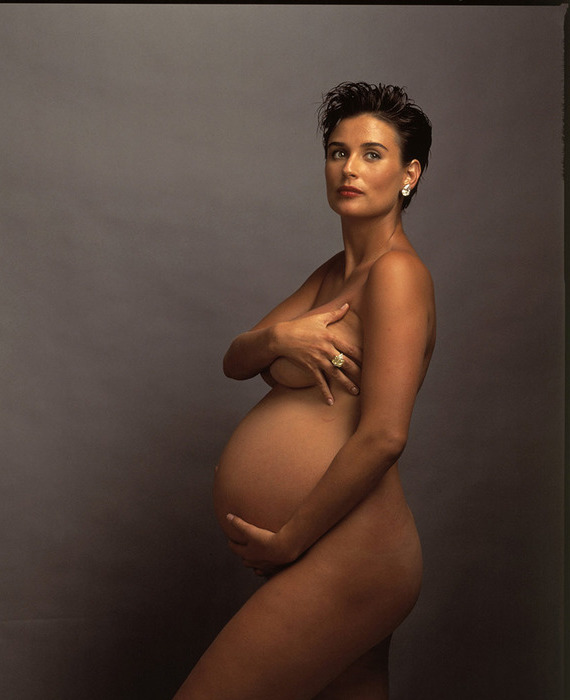 Demi Moore was the first celebrity, who posed nude, being on the advanced state of her pregnancy. The photo was posted on Vanity Fair cover, and that was a real challenge for the society. Then Demi Moore’s name was heard everywhere – people chatted about her deed, some of them admired her and the others disapproved.

Scout LaRue Willis was born on July 20 in 1991. Her mother named the girl after a hero from “To Kill A Mockingbird” by Harper Lee. Although during her pregnancy Demi was very opened, after her daughter’s birth she tried to cover her from strangers’ eyes. 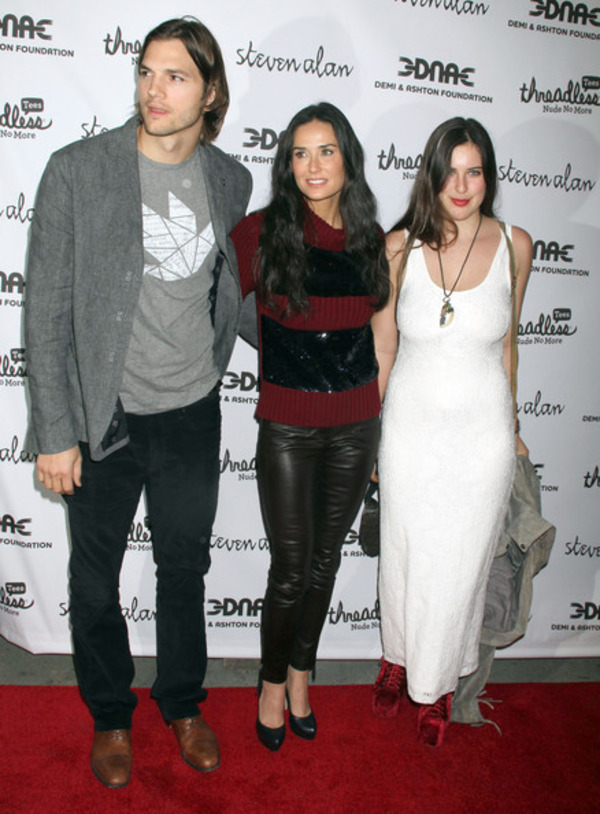 At the age of four small Scout debuted alongside her mother in “The Scarlet Letter”. Then she participated in two father’s films – “Breakfast of Champions” and “Bandits”.

But the acting bug didn’t bite her – and later Scout left it. Nowadays she is 26. The girl lives out of limelight and doesn’t publicize her private life. Unlike her younger sister Tallulah Willis, who is very open in social media. 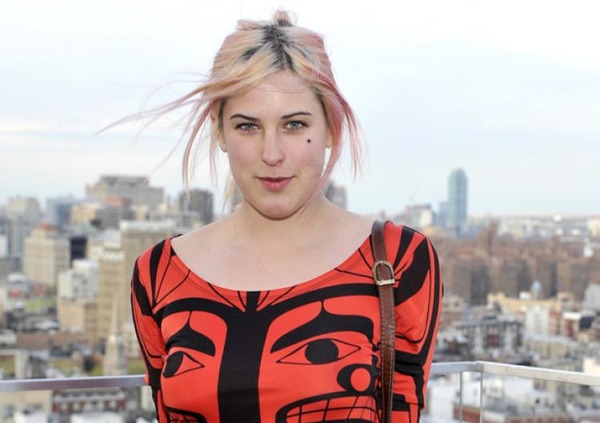 In 1994 Bruce Willis and Demi Moore welcomed their third child. Tallulah Belle Willis was born on the 3rd of February. As she later told in her interview, from the very beginning her parents tried to convince the girl that she was “a very lucky child”. 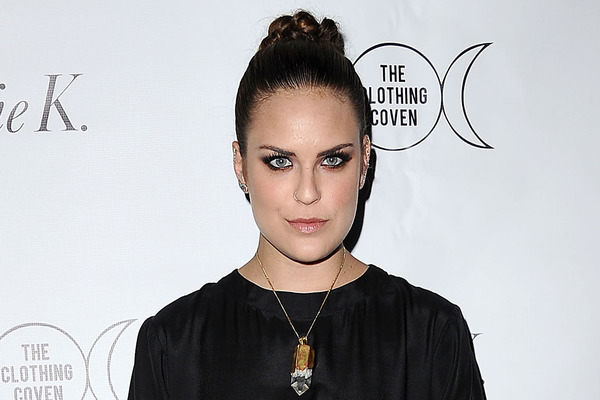 Of course, it’s a great gift from God = to be born in a family of two Hollywood A listers. But Tallulah doesn’t like to recollect in her mind her early years. She had just told that Demi and Bruce all the time tried to hide her from paparazzi. In addition, everybody expected too much from her, as she was a daughter of such talented actors.
That’s why Tallulah felt depressed in her teens, because she couldn’t meet expectations of her parents and people around her. 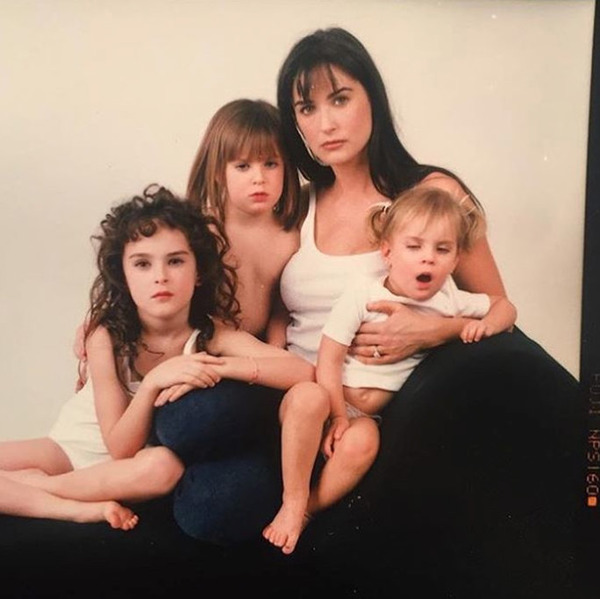 Like her older sisters, Tallulah appeared in a number of films, where Demi and Bruce played leading roles. She featured in “The Scarlet Letter” and “Bandits’.

Later Tallulah left acting and focused on idle way of life. She got used to alcohol and even was sent for a rehab. 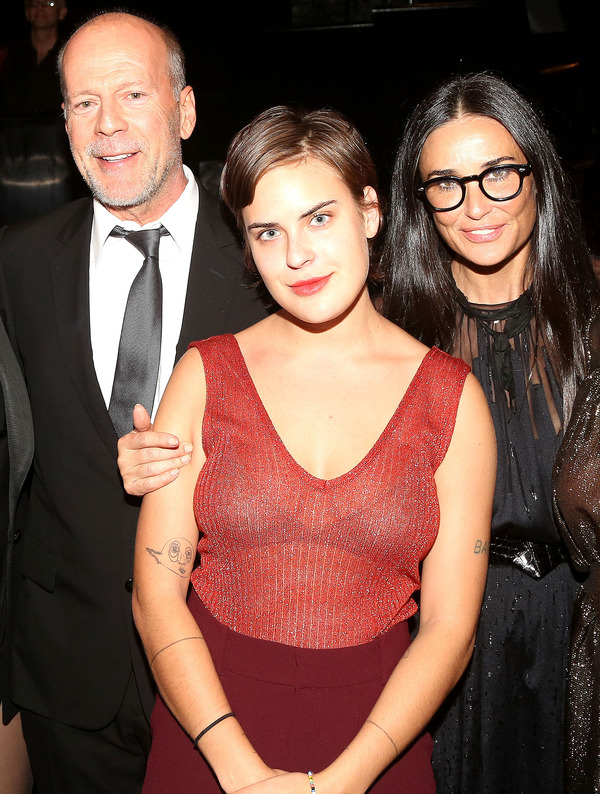 After that Tallulah Willis gave a big interview, where she told about her depression and low self-esteem. The girl gave advice to teens with similar problems.

Till now, it is not known what Tallulah does – if she has any job or she is supported by her mother and father.

She sees Bruce Willis quite rarely, because he is busy with new projects and two small girls, his daughters from the second marriage.

Bruce Willis joked, that God gave him five daughters and no son, because he had always been a big lover of women. And now he is surrounded by five great ladies, who love him undoubtedly – without any conditions or expectations. 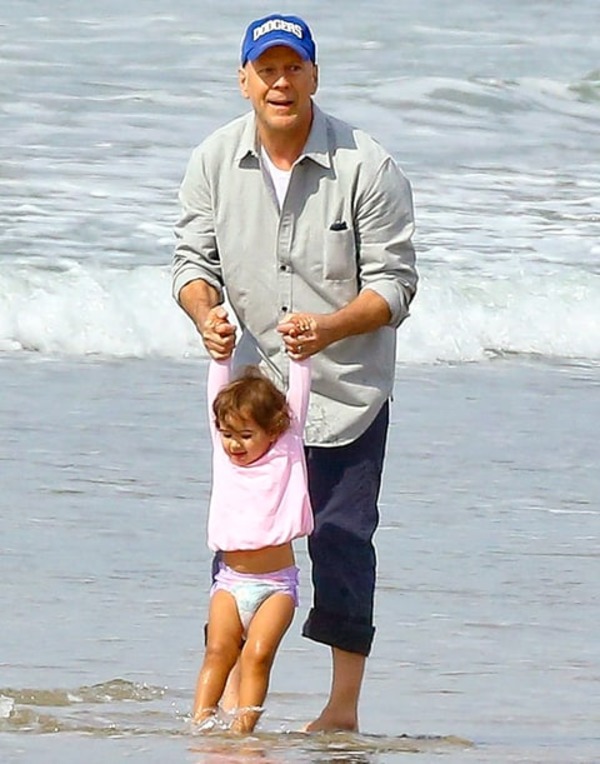 He wedded a model Emma Heming in spring 2009. Bruce followed the example of his first wife – he tied a knot with a partner much younger than him.

The couple welcomed a baby girl on the first of April, 2012. They named the kid Mabel Ray Willis. For Emma she was the first child.

Their second daughter (and the fifth for Bruce) was born on the 5th of May, 2014. The girl saw the world for the first time in one of LA clinics. The parents named her Evelyn Penn Willis. 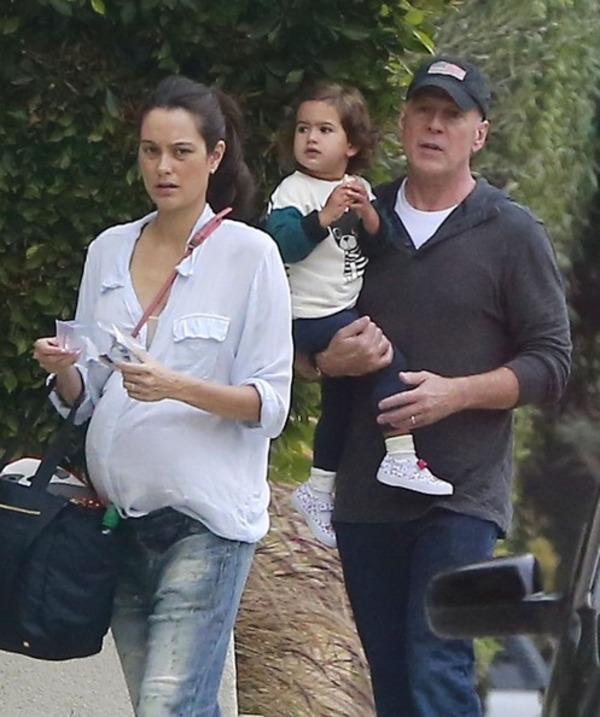 Although Bruce Willis is still a busy actor (fans had a chance to admire him in a recent film “Acts of Violence”), but he has much more free time. Willis, who couldn’t stay with his three older daughters for long because of his acting gigs, now plays with Mabel and Evelyn for hours.

He seems to get the second chance to bring up kids – and he uses this chance to the fullest!