Carla Bruni Net Worth is $15 Million 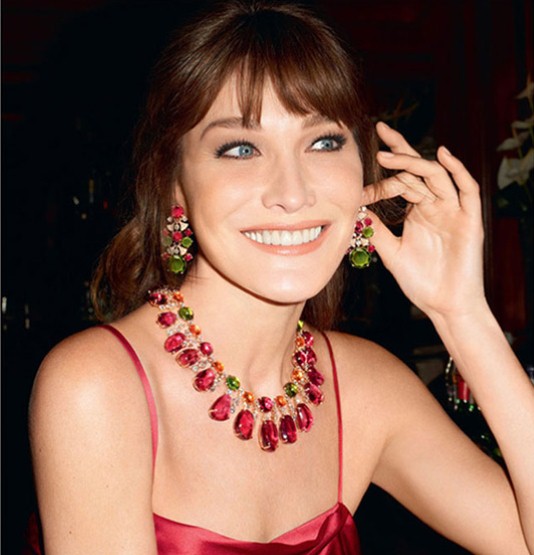 Carla Bruni is one of the brightest women of the epoch, who is known by her beauty, musical talent, romances with rich and famous men and finally marriage with then-French President Nicolas Sarkozy. Carla Bruni is a mother of two children and an owner of $15 million net worth.

Although now Carla Bruni’s popularity is decreasing a bit, her life story and career way are worth reading about.

The future fashion star was brought up in a family of an industrialist (stepfather) and a piano player (mother). Carla has a sister and a brother. From her earliest years she enjoyed incredible wealth of her stepfather, the owner of tire company in Italy. Her biological father was a successful businessman and the owner of musical shops chain.

Carla Bruni started to earn her first money and to save her net worth in her young years, when she started career of a model. Her beauty and charm helped the young girl to become one of the most popular European models in the world. Carla modeled for Chanel, Guess?, Dior etc.

In early 2000s Carla decided to monetize her childhood love to music. In 2003 the fashion star released her first album “Quelqu'un M'a Dit” (Someone told me), which turned a beauty into a rising music star. Carla sold about million copies of her album.

In 2008 Carla Bruni made her personal life happier and her wallet even bigger. She married the President of France Nicolas Sarkozy. Carla was not afraid to express her political views even if they differed from her husband’s. Once she supported in public an Iran woman, who was sentenced to a cruel death after cheating of her husband.

Now Carla Bruni enjoys a calm free life and spends the net worth she managed to save.