Carrie Fisher Net Worth was $25 Million 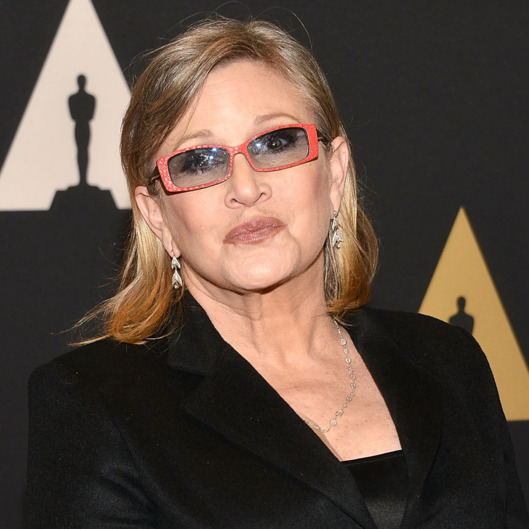 Carrie Fisher’s life was not so long and it was full of both, glory and disasters. She was born in a family of two Hollywood stars, Debbie Reynolds and Eddie Fisher. From the very beginning her life was promising to be good, but Carrie passed through numerous troubles and health disorders. During the years of her career Carrie managed to save $25 million net worth. She died on the 27th of December, 2016. Her talented mother died from stroke on the next day after her daughter’s death.

Carrie Fisher admired Debbie Reynolds, her mom, and becoming an actress was natural for the girl. She earned her first salary at the age of 12, when the girl had appeared on the stage alongside her mother.

Fisher debuted on the big screen at the age of 16. Then she made an appearance in the movie “Shampoo”. Carrie Fisher’s big break was the role of Princess Leia in Star Wars franchise. Probably, it was the brightest and the highest-paid role in Fisher’s career, which made her one of the most bankable stars in Hollywood.

By the way, during her work in “Star Wars” Carrie had already been drug addicted. Of course, that bad habit ruined her health and slowed down her career. When Fisher got 24, she was diagnosed with bipolar disorder.

Writing attempts of Carrie Fisher were the sequence of her mental problems. Books helped Carrie “put her inner demons into the box”. She published such novels as “Postcards from the Edge”, “Delusions of Grandma” and some others.

Carrie Fisher was flying from London to Los Angeles and during her fly she felt much worse. Her neighbor could swear, she stopped breathing for a while. The star was taken to the hospital, where she died four days later. Her mother followed her daughter the next day. She told, “I want to be with Carrie”. The fans created a public memorial to honor their favorite star.