Channing Tatum Wife Jenna Dewan: Step Up and Step Back 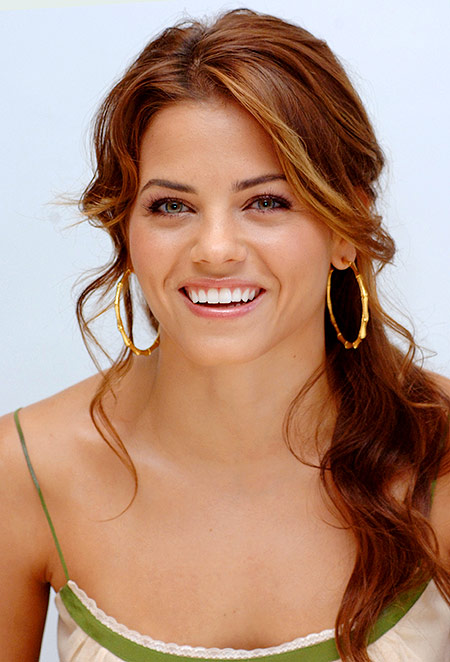 She has been dancing since the earliest years, and it helped her in two ways. First of all, due to dancing movements she remains fit in any case. And then, it helps her keep her marriage strong. Meet Channing Tatum wife Jenna Dewan and read about their love story. As you can guess, it was a dance in the beginning!

Meeting a Partner: Step Up 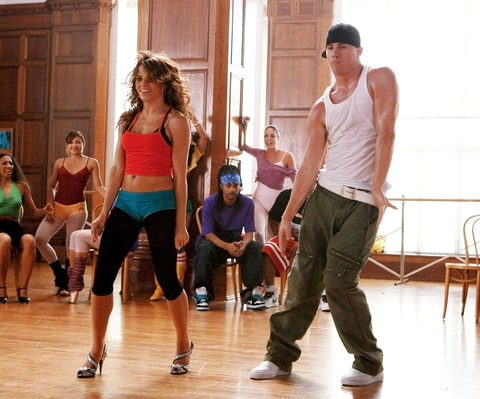 Many women look at godlike Channing Tatum and try to guess, what he found in that woman, who had become the main love of his life and a mother of his daughter. Of course slim and elegant Jenna Dewan is a pretty and well-groomed actress, but Channing is busy in movie industry too, where he is surrounded by rarely beautiful talented women all the time. It is not an easy thing to stay happily married in Hollywood. But Jenna Dewan and Channing Tatum seems to be in love after 8 years of marriage.

When two stars met, they both were infamous and poor. He tried his hand as a builder and occasional model, and even worked as a stripper in some night club. She was a devoured dancer and could spent the whole day, making various dancing movements and developing her technique. When Jenna reached the 18th age mark, she left her parents’ home in Dallas and moved to LA. The girl dreamed to become an actress. She visited various auditions, but was rejected all the time. The young ambitious girl was good-looking, but there are thousands good-looking girls in Hollywood. She didn’t have “that something”, which makes a mega star from an ordinary attractive person.

Jenna danced to make the ends meet. She performed in night clubs and then was cast to music videos of several quite popular bands like N Sync (where she met Justin Timberlake and later danced at his concerts), with Toni Braxton, Celine Dion and some other singers.

Occasionally she heard about the new movie, where dancers’ life was depicted. It was named “Step Up”. Jenna visited the audition. Thus Dewan made, probably, the most important step in her life. 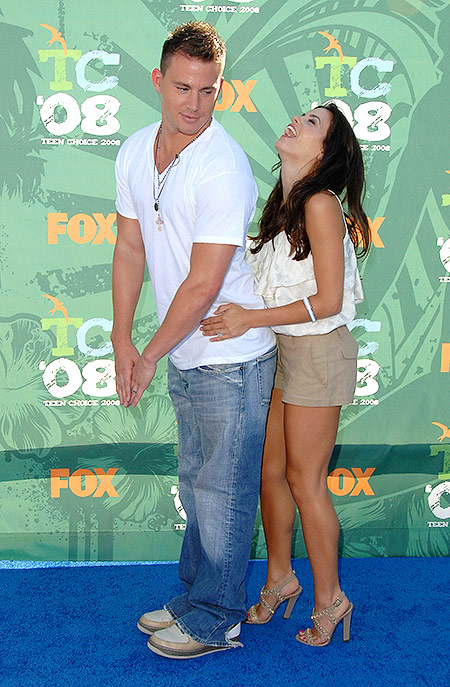 By the way, open-minded Jenna Dewan has never shared her thoughts about meeting Channing Tatum. Probably, she prefers to keep that private emotion in secret. Her husband, on the contrary, told to “Elle”, that he was not ready to start serious relationship at that period of life and tried to stay away from Jenna. But then he saw her in sombrero and lost control.

They started dating and then moved in a romantic trip to Hawaii. There Channing felt, this woman was special and she was supposed to play a key role in his fate. 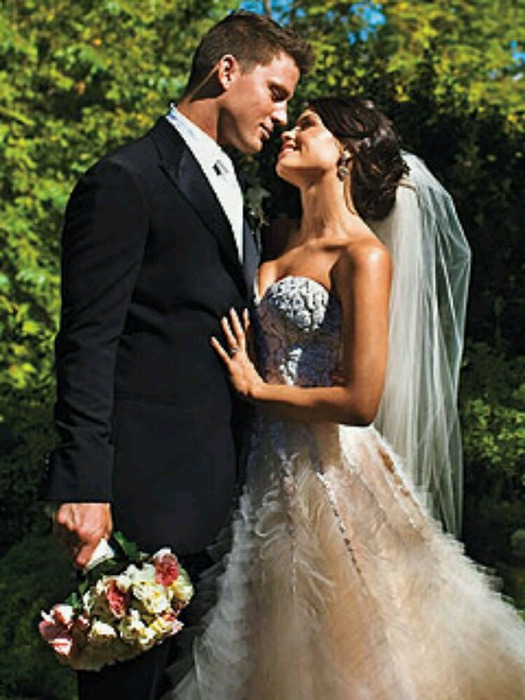 They have been dating for 3 years already and liked their life, full of love, perfect sex and career ambitions. Jenna Dewan’s screen roles were not so bright as Channing’s. Tatum’s fans think that his wife Jenna is not so charismatic and talented, that’s why she stays in her husband’s shadow. Jenna’s fans suppose that the actress can’t develop her own career, because she constantly cares about her husband. In any case, Channing used to tell in his interviews numerous times, that his star status is based on his wife’s support. She has always been ready to improve his mood after the unsuccessful audition and even paid for their apartment, when he stayed without a dollar in his pocket.

Jenna has become an important part of Tatum’s life and one day he felt, he was ready to move forward with her. He bought an engagement ring and proposed her.

A year later, on the 11th of July, 2009 Jenna said Tatum “Yes!” They had a great secret wedding in Malibu. Mrs. Tatum looked perfect in the wedding dress from Reem Acra, surrounded by banks of flowers. 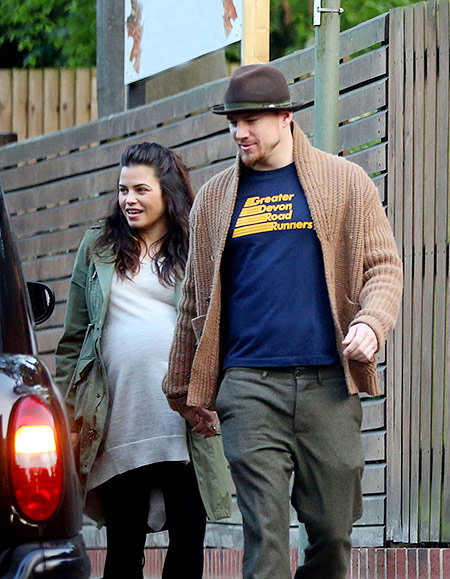 Till now Jenna remembers that smell of flowers – delicate aroma of roses, saturated aroma of orchids and energetic aroma of hydrangea. They had a beautiful holiday, which didn’t change their lives a lot as they had already cohabited together. 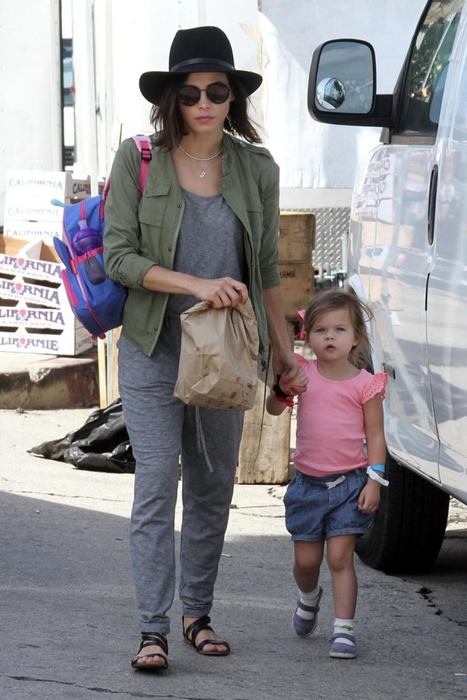 In 2013 Jenna Dewan has become a mother of Channing’s daughter. They called the baby girl Everly. Their family seemed ideal till 2014. Then divorce rumors appeared.

The Price of Divorce. Step Back

It is not known, if the couple has a prenup. But once Channing opened up, that divorce with Jenna would make him $50 million poorer. Perfectly fit Channing co-starred many unbelievably beautiful actresses, like Amanda Seyfried, Rachel McAdams etc. His wife Jenna seemed not to be jealous at all. But at a film set of “Magic Mike XXL” Channing met Amber Heard. The woman, who inspired eternal bachelor Johnny Depp to make a proposal, was rumored to catch Tatum’s heart too. Although both denied their affair, their flirt was noticeable at a distance. 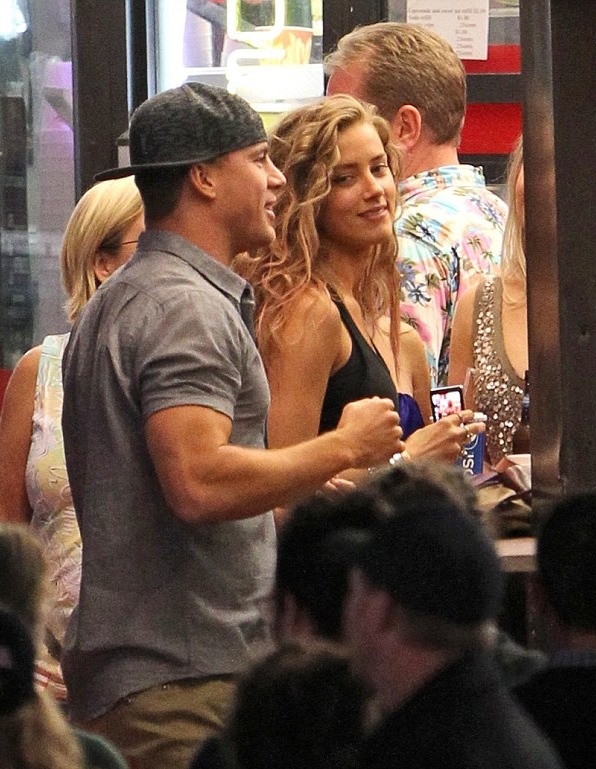 According to rumors, Jenna Dewan was in depression and even planned to start a divorce process. But then the couple made peace again. Mrs. Dewan knows, their marriage is a dance. And like in any dance, the partners should make not just step up, but step back too. 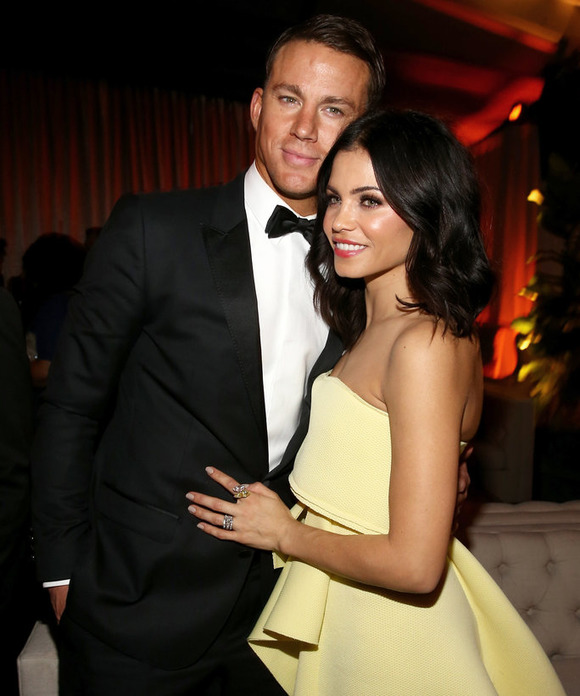