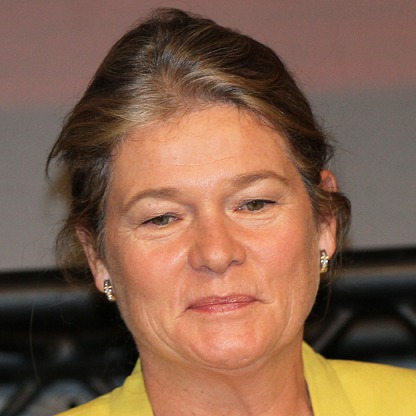 You may not know her first name, but no doubt, you have already seen her last name, which is written on the bottle of super popular beer. The beer with her name is sold in each café and supermarket in 65 countries all over the world. No need to say that Charlene de Carvalho-Heineken owns great net worth. Her wealth is estimated as $12, 6 billion in 2017 (by Forbes).

Very often billionaires hadn’t been working at all to reach their wealth. Like many other incredibly rich people, Charlene Heineken inherited it from her father Freddy Heineken in 2002. It was her dad, who turned a small local brewery into an internationally popular brand. It was her dad, who begged his only child – a daughter Charlene – not to sell the stake of Heineken and try her hand as a business lady. A mother of 5 children, Charlene Heineken was content with her life of a rich housewife. She had no experience in business, but agreed to rule the company till her eldest son comes of age.

Unexpectedly, Charlene de Carvalho-Heineken became a successful business woman. She found a new CEO for the company – Jean-François van Boxmeer. From that moment Heineken has become even more influential. In 2015 the company bought 50% stake of Lagunitas (a brewery in California) and 73% stake of Desnoes & Geddes (Jamaica).

Charlene’s husband Michel is also busy in Heineken. He serves as a director and investor. Since 2013 their son Alexander has also become the part of the company.

Thus the family business Heineken brings millions of dollars to its owners annually, making Charlene the richest woman in Netherlands and one of the richest in the world.