Dakota Johnson Net Worth is $5 Million. 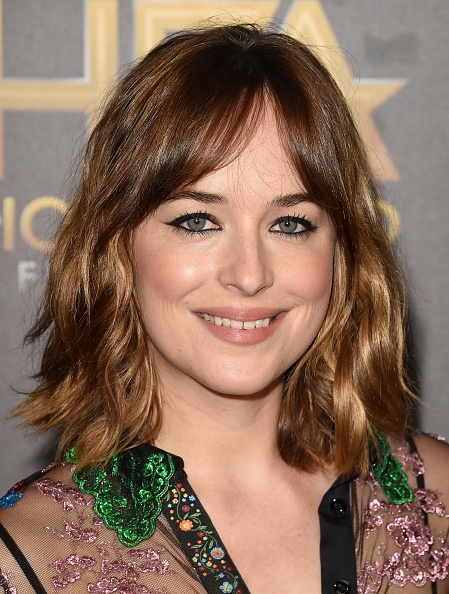 Dakota Johnson is a young promising star with a net worth of $5 million. Her name became internationally famous after her participation in “Fifty Shades of Grey”. Her other popular screen works are in the movies “The Social Network”, “Beastly”, “The Five-Year Engagement” etc. Dakota Johnson got $250, 000 for portraying Anastasia Steele in “Fifty Shades of Grey”. The movie became a real box office hit and earned $566 million with a budget just $40 million (estimated by Forbes). Dakota participates in the next parts of the franchise, so her earnings are supposed to grow.

Fans of Dakota Johnson know, that her success in Hollywood could be predicted. She is a daughter of two stars, Don Johnson and Melanie Griffith. She debuted on the big screen, being the primary school pupil, when she starred the movie “Crazy in Alabama”, directed by her stepfather. Dakota was born to become a rich celebrity with her hot body and beautiful face. The girl was fond of dancing and moved rather well in front of the camera.

Johnson tried her hand as an actress, but then continued to earn her living as a model. She appeared in “Teen Vogue” at the age of 12 and then decided to make career in fashion industry. Dakota modeled for many popular brands, including MANGO and fashion house “Wish”. Then she left modeling and concentrated on her acting activity. In 2006 she won the title “Miss Golden Globe”.

Now Dakota Johnson is a busy star, who participates in several new projects annually and gets a solid salary per it. The next year her fame and net worth are expected to grow.