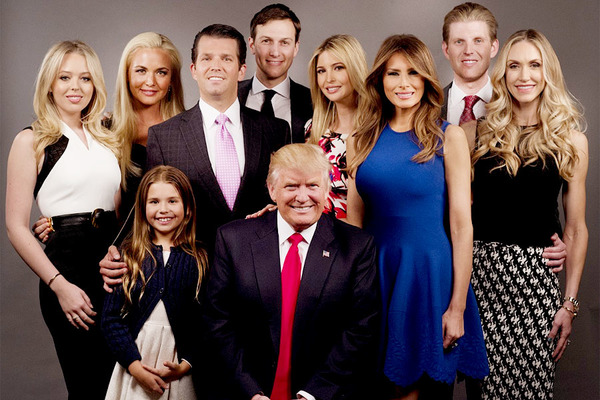 Donald Trump said once that the part of the victory is to know, when enough is enough. Probably, he didn’t use that rule in his family life. For him “enough” meant three marriages, two daughters and three sons (by the way, Donald Trump parents had never divorced). Donald Trump can be proud of his career. But what’s about his children? Can he be proud of them too? Let’s find out!

The son, which bears president’s name, was born in 1977 by Ivana (read about her in “Donald Trump Wives”). Don is not only a "daddy's boy", who is rumored to be the favorite father's kid, but also the trustee of TO (Trump Organization) 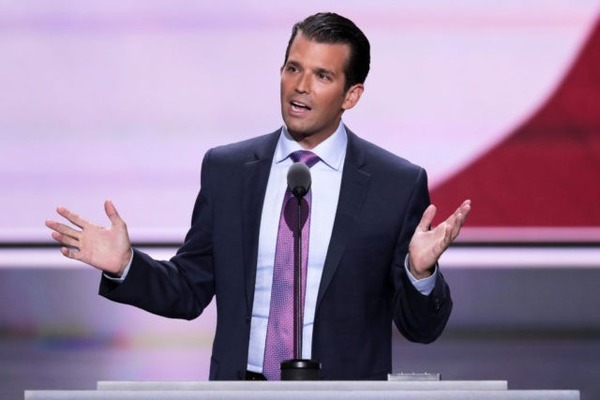 Donald spent his early years in New York City. The son of two rich busy parents, mostly he was brought up by nannies and grandmothers. The boy was sent for summer vacation to Czechoslovakia, where lived with his mother’s parents. There he learnt the Check language and speaks it fluently now.

After Donald and Ivana divorce, the boy left in his mother’s house. From that moment he was educated at boarding school (The Hill School). During vacations, Donald preferred to stay in his father’s house. He helped him in business, working as a dock attendant and constructor. 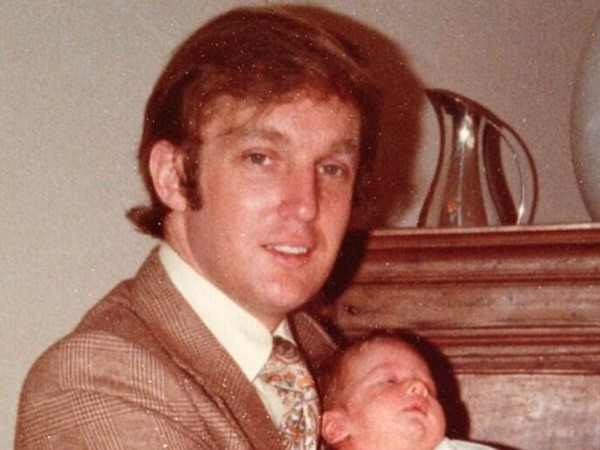 Having graduated from The Hill School, Trump Jr entered the Wharton School at the University of Pennsylvania, where he studied economy.

But when his studying was over, Donald Jr didn’t hurry to start making money by his own. He spent free time in his parents’ mansion in Aspen, entertaining in the company of friends. The young men were skiing, hiking and doing other pleasant interesting things, which most of people can’t enjoy very often because of their busy schedules.

But in 2001 Donald Trump Jr. proved, that he was worth to bear the name of his super-successful father. He came back to New York and started to work at the TO. 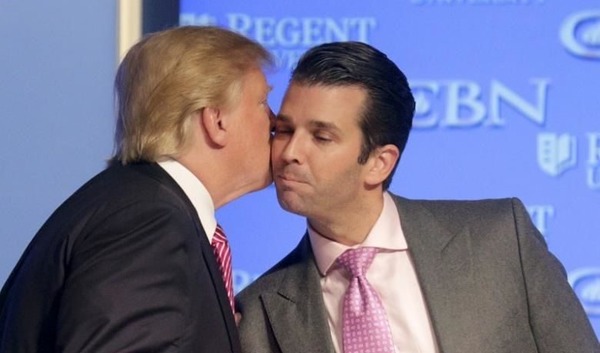 Nowadays he is one of the most important and diligent workers here. Donald Jr works from morning till night and has not much free time. He spends it with his wife and kids.

Donald Trump Jr. wedded Vanessa Kay Haydon, a former fashionista. They have 5 kids together. Their names are Kai, Tristan, Spenser, Chloe and a son Donald Trump III (no doubt, he must have named name his kid in that way!).

Donald Trump Jr. stood by his father’s side during the presidential run in 2016. He spoke at Republican National Convention that very year and his words contributed to Donald Trump rating. He described his father as a hard-working person, who has connection with each ordinary American, which must work all day long for the better future. He supported his father’s idea as for immigrants. Don continued convincing Americans that immigrants bring their problems – and that was not useful and even sometimes dangerous for native Americans. 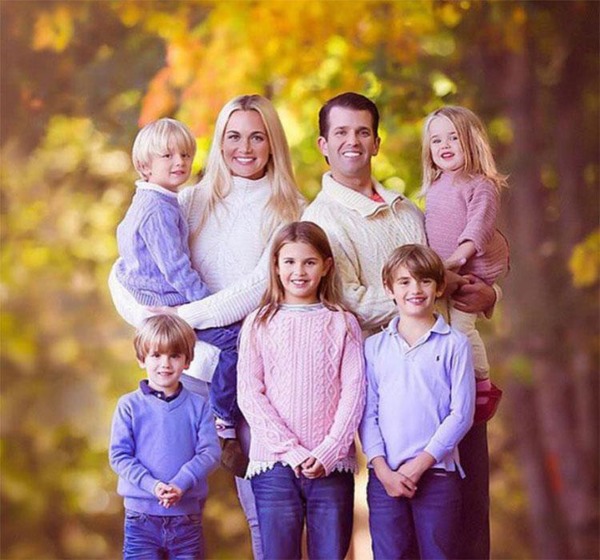 When Trump was elected as the US President, Donald Jr joined the presidential transition team. Now he continues his work at the TO.

The first daughter and the main love of ambitious Donald Trump, Ivanka was born in New York. “If Ivana was not my daughter, I would have date her myself”, the US President opened up once. 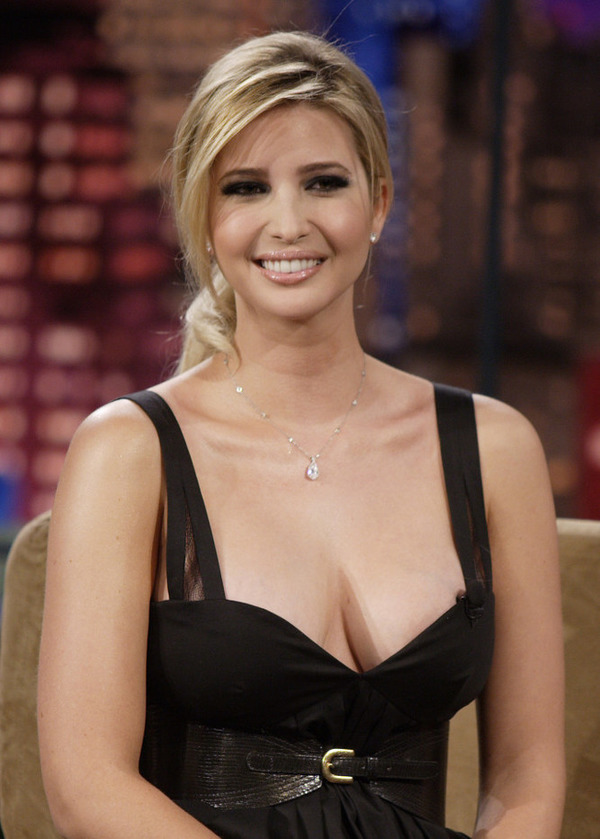 In fact, Ivanka Trump has always been her father’s weakness. He surrounded his sweet girl by luxury and even invited Michael Jackson to her birthday party.

After Donald and Ivana Trump divorce, the girl shared her time between her mother’s and father’s homes. She was educated at the Choate Rosemary Hall, then spent a couple of years at Georgetown University. After that Ivanka followed her older brothers' steps and transferred to  Wharton School. 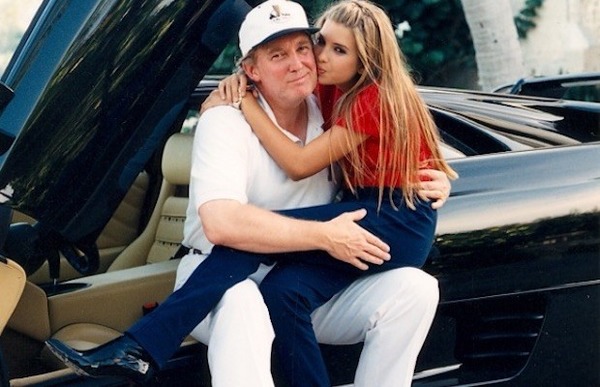 Ivanka Trump is the most popular of Donald Trump kids. She earned recognition as a model, having appeared on Seventeen magazine cover, being 16-year-old girl. After that Ivanka Trump featured in many other issues. But modeling seemed too dull for her, that’s why she left it and focused her attention on business and writing. 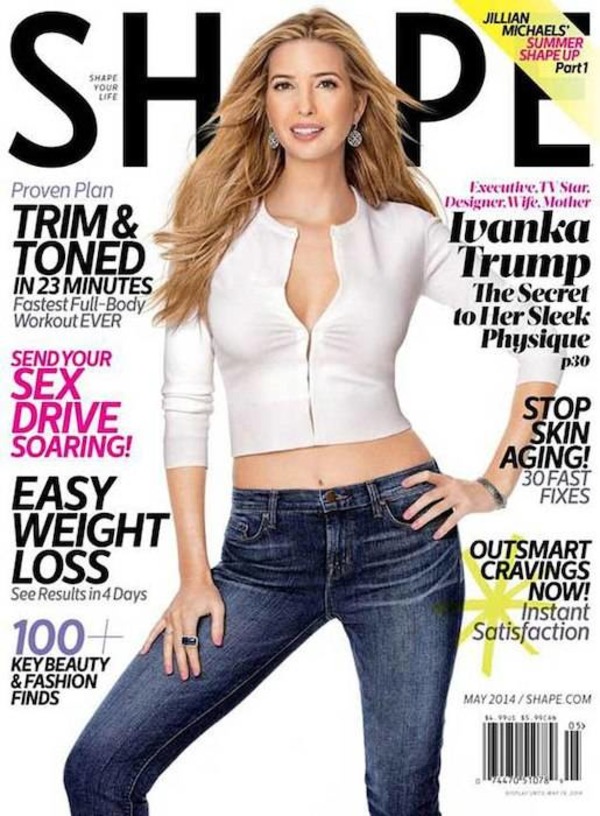 Now Ivanka Trump is known as a successful and self-confident business lady. She works as the vice president of the Trump Organization. She joined that work with the release of her honest brand Ivanka Trump Collection, which offers first-rate apparel and jewelry. 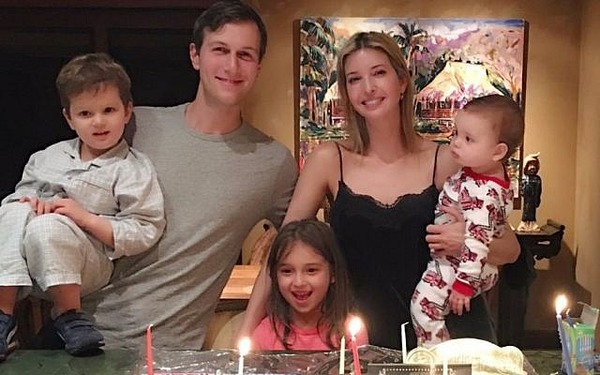 She authored a number of books too. Currently her “Women Who Work” is published all over the world and serves as the great success guide for female readers. Looking at Ivanka Trump long list of achievements, you can’t stop wondering, how she manages to combine it with an intensive family life. Nevertheless, the ex-model is married a businessman Jared Kushner. They are parents of Donald Trump grandchildren Arabella, Joseph and Theodore.

The youngest common son of Ivana and Donald Trump, Eric inherited his father’s red hair and his will to win. 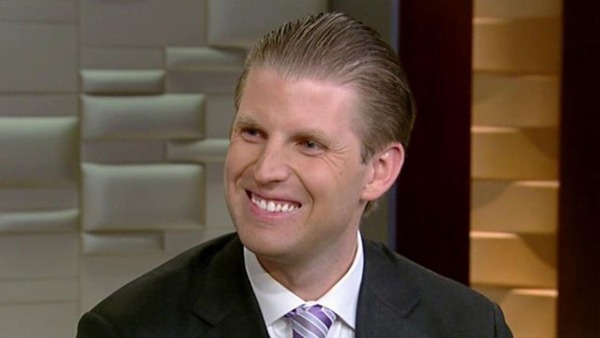 He studied at a prestigious school and then continued his education at Georgetown University. Having got his degree, Eric Trump began working at TO. In 2006 he founded a charity organization the Eric Trump Foundation. The establishment was targeted to collect cash for kids with chronic diseases.

Nevertheless, later Eric was criticized for collecting money for his organization through public events, arranged at golf venues, belonging to his father.

Alongside his relatives, Eric appeared in “Celebrity Apprentice”, thus having added some extra kudos to his name.

Now he joins his work at TO with a family life. He tied a knot with Lara Yunaska Trump, a well-known TV producer, in November, 2014. They welcomed a son Eric Trump Jr. 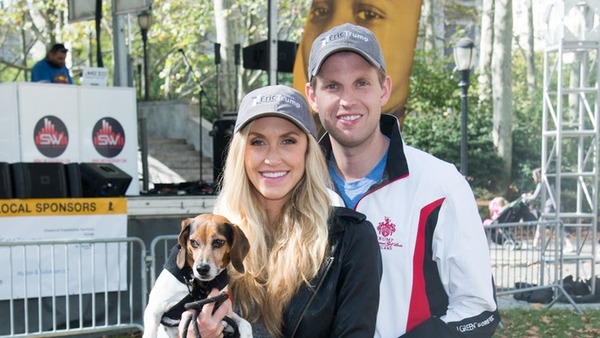 Tiffany is the beloved daughter of her glamorous mother, an entertainer Marla Maples, and her adventurous father Donald Trump. 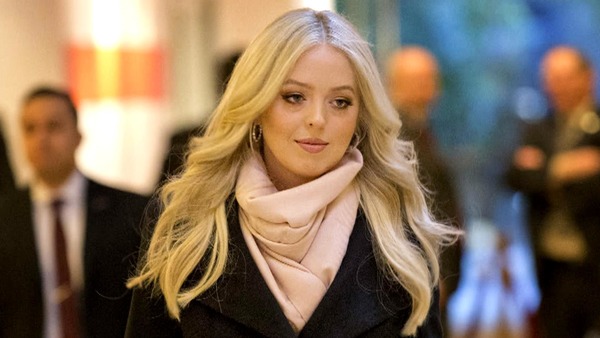 When Tiffany was 5 years old, her parents divorced, and she moved from her dad’s home in New York to sunny Los Angeles. Tiffany, who got her name from a popular jewelry brand Tiffany&Co, was a rare guest in Donald Trump house. She went on vacation to Mar-a-Lago, Trump’s resort in Florida, and spent a couple of weeks in a year with her dad and half-siblings. 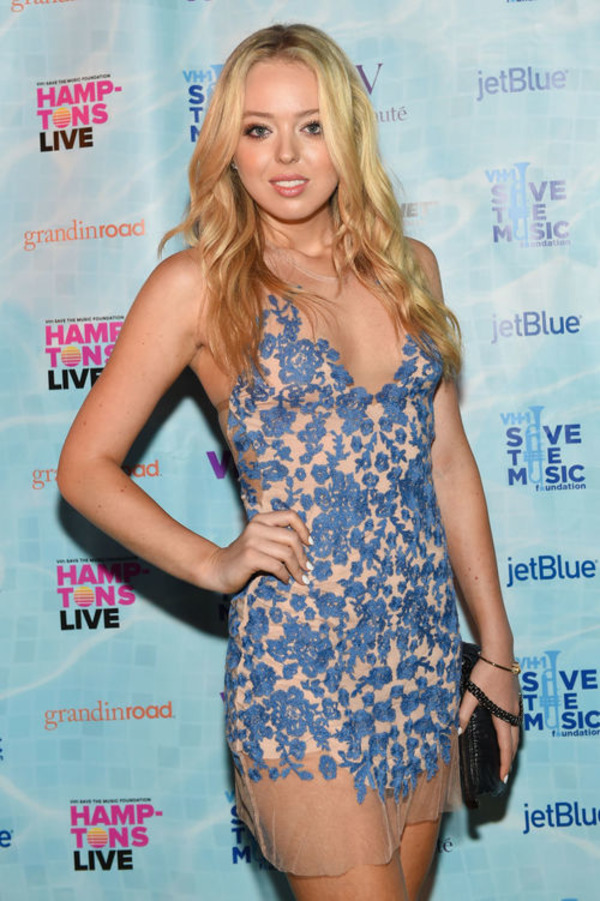 After a high school, Tiffany entered the college. There she majored in psychology and sociology. The girl has alaredy got her degree, but decided not to enter Trump family business. Tiffany dreams to become an actress and a singer. By the way, she has already tried her hand as  a model and graced in “Vogue”. 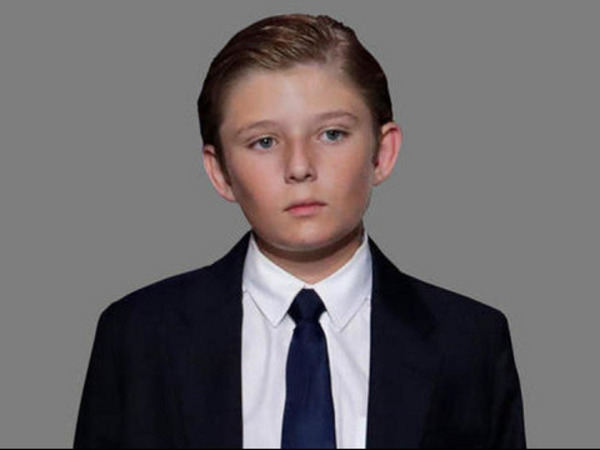 When Donald Trump crossed 60th age mark, his beautiful wife Melania, whom he has named the main woman of his life, gave a birth to his fifth kid – a son Barron.

At first sight it's seen that Barron looks exactly like his father. By the way, according to his mother’s words, he has Donald’s character too. “Mentally he is very strong”, Melania told in her interview. 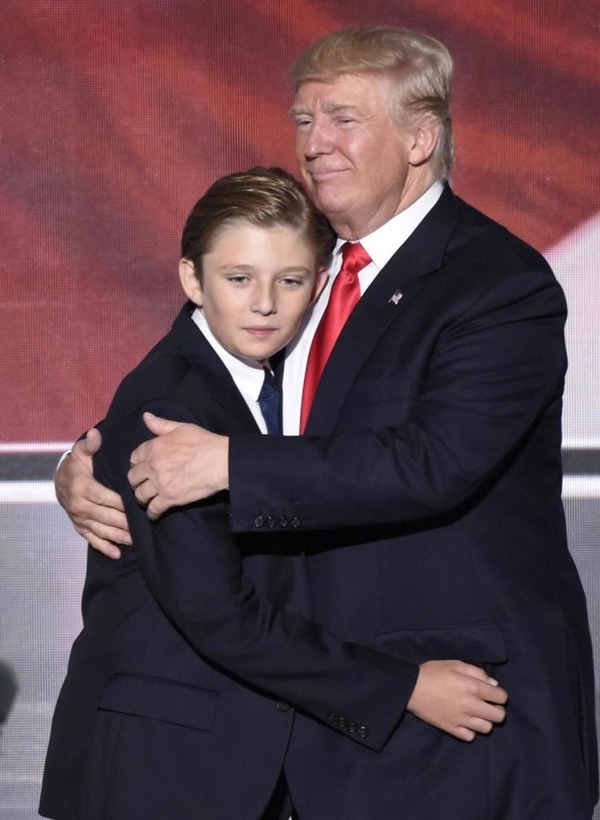 Sixty-year-old father has become more sentimental with age, that’s why he spent much more time with Barron that with his older children. Instead of a traditional kid’s room, Don arranged “the kid’s floor” in his Trump Tower. The boy was allowed to do everything there – even paint on the walls.

But don’t think that Barron’s life is the bed of roses. While the Presidential run, he stood aside his father during most of his public speech events. The boy looked really bored and tired – and it caused a wave of bullying in the internet.

When Donald Trump won the bid for Presidency, his son Barron was near his father during his greeting speech. 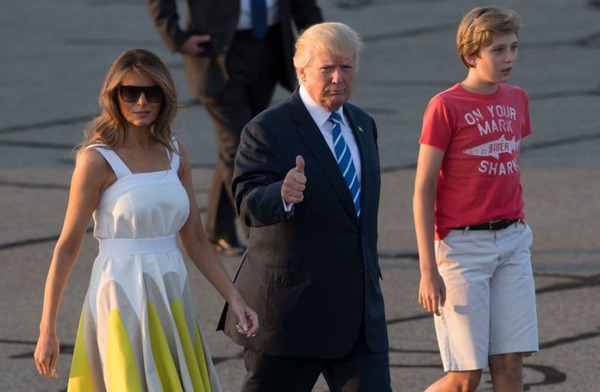 Like any other kid, Barron Trump spends lots of time studying. He attended Columbia Grammar School in New York. By the way, Barron’s education was the main reason, why Melania decided not to move to the White House with her husband, when he had become a president.

But Barron and Melania left Trump Tower and moved to the White House in summer, 2017 after the end of studying. Now Mr. President has a chance to admire his favorite son almost every day. They share the same roof again.

In spite of all criticism of Donald Trump policy, it’s impossible to deny the fact that he is a great father. He stays in a tight contact with all his kids and supports them on the way to their dreams.