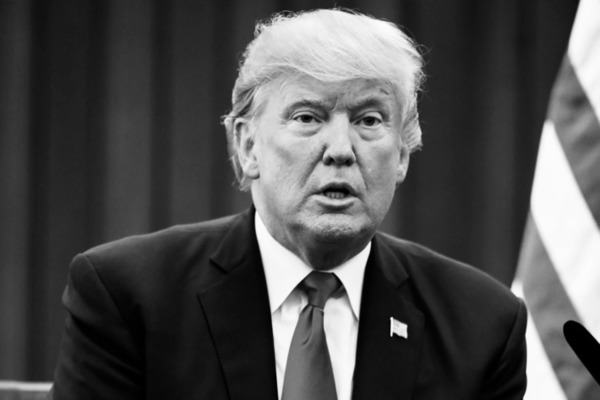 One of the reasons why men are so eager to achieve a high position in society is the opportunity to choose the wife from the most beautiful women in the world. Lovelace Donald Trump enjoyed using the opportunities that his position gave him – he was always surrounded by model-like women, which often were much younger than him. Today PiNetworth will tell you about three wives of the President, as well as his star-crossed romances and the only woman, whose heart he could not catch. 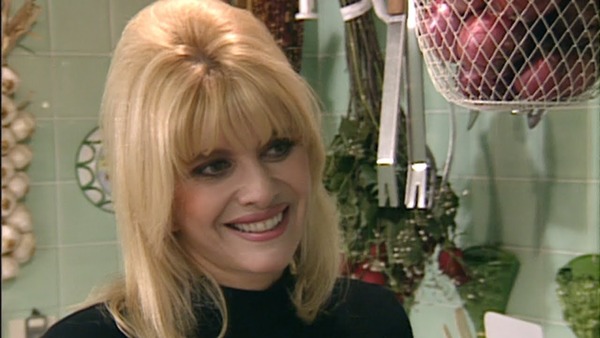 If you liked the story of Cinderella in your early years, surely, you will like to hear Ivana Trump story too.

She was born on February, 20, 1949 in Gottwaldov, Czechoslovakia (now the Czech Republic). Socialist at that time, the Czech Republic looked very poor and dull. Milk, affordable only by cards, potato cutlets and soup from roots, rough dark clothes and total lack of money – that’s how childhood of the first Donald Trump wife looked like, while Donald Trump parents provided him for rich and comfortable childhood.

That’s why it is difficult to understand, where a simple poor girl took such ambitious dreams. Ivana studied everything that was associated with the highest society – read about the royals, watched American films with wealthy dressed heroines etc. As journalists later noted, probably, then she had formed her style – dresses with open shoulders, bright makeup and long blond hair, usually arranged in a high bouffant. 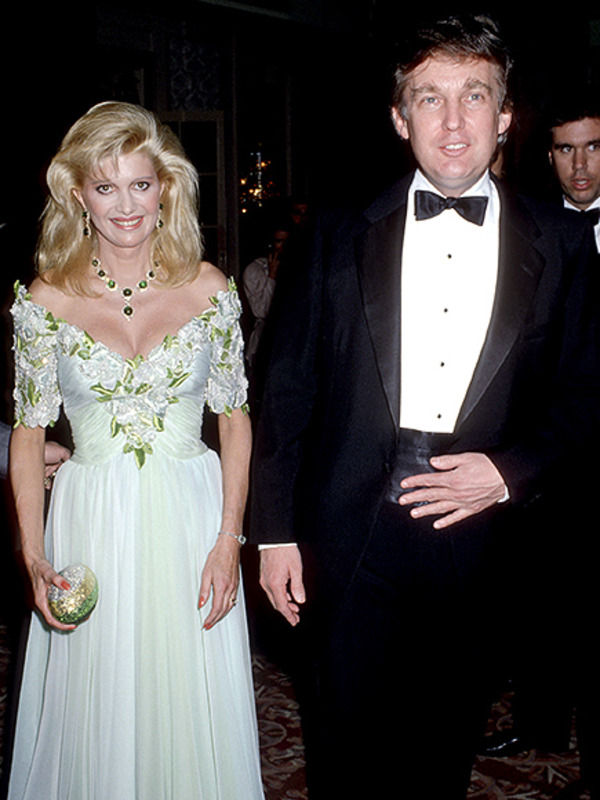 When Ivana Zelnickova was not busy with reading about celebrities, she practiced skating, and later that occupation became her ticket to USA. She had been visiting skating lessons since the age of 6, and at the age of 12 was chosen as the participant of a national training program. According to Ivana’s words, in 1972 she performed for her country at Olympic Games. But it is not confirmed.

Several years later she moved to Canada and after that settled in USA, where tied a knot with her first husband Alfred Winklmayr, the skier and real estate agent. They couple separated after two years of marriage life, and Ivana tried to find her happiness with her second husband George Syrovatka. This time her marriage was even shorter. In a couple of months the beauty met the main man of her life – Donald Trump. 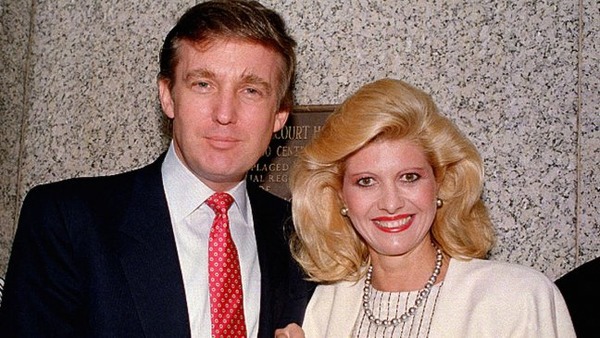 They wedded on the 9th of April, 1977. Friends of the couple used to tell, that Ivana had always praised her man. “I am married to the most wonderful husband”, she used to say.

In fact, Donald Trump was not too sweet during the years of his marriage to Ivana. “I would never buy Ivana any decent jewels. Why should I give her such assets?” he boasted to his friends. 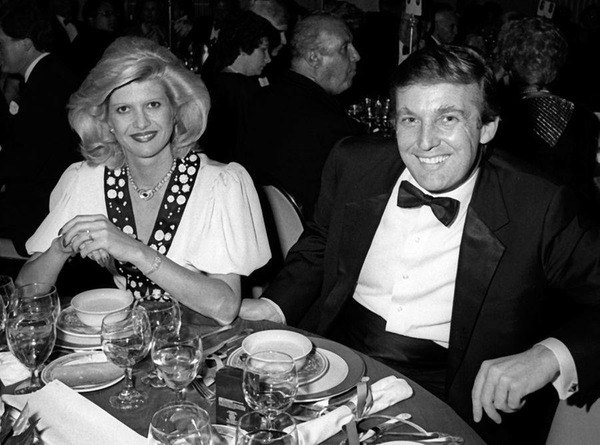 But the inner girl of a socialite Ivana Trump was happy even without expensive presents. Finally she could realize her passion to expensive things – the woman designed the interior of Trump’s mansions, hotels and casinos. Although her style might seem too pretentious for many people, who were rich from birth, for her it was great! Finally she had responded to the inner needs of luxury and bought for her living room the items from Eastern palaces. 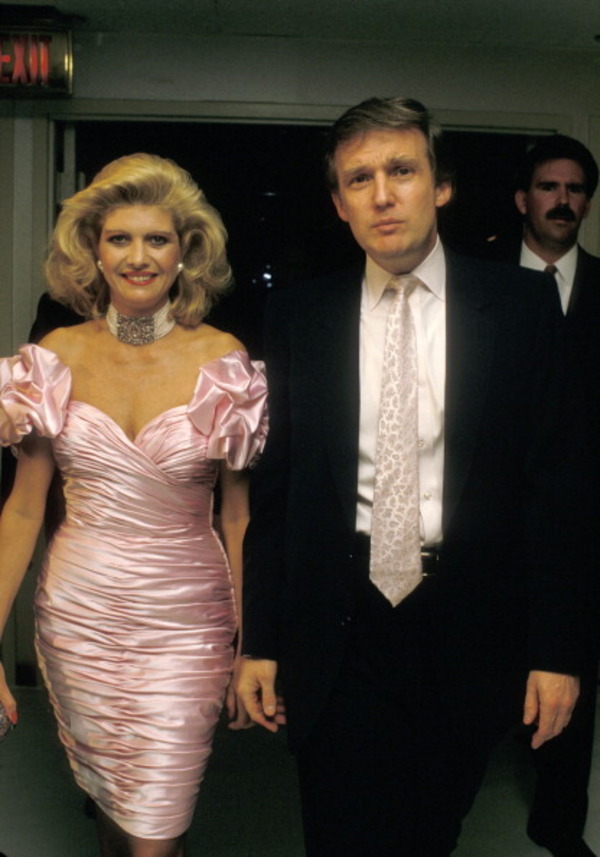 But in 1990 Cinderella from Czechoslovakia met her first big loss. Tired from her constant admiration, Donald found consolation in a bedroom of another blonde – the actress Marla Maples. The brightest New York couple separated and Ivana got $25 million from her unfaithful billionaire. 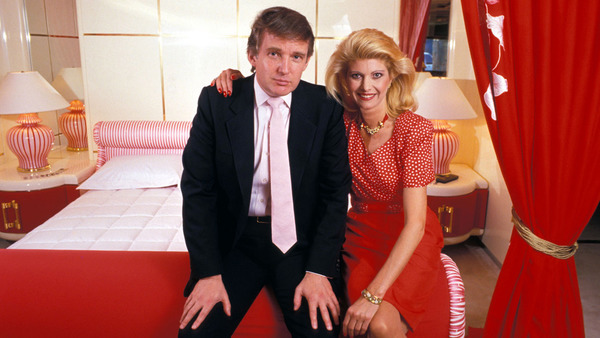 She passed through a number of plastic surgeries, wrote several books and started her own line of clothes, while he moved forward and proposed to another woman. 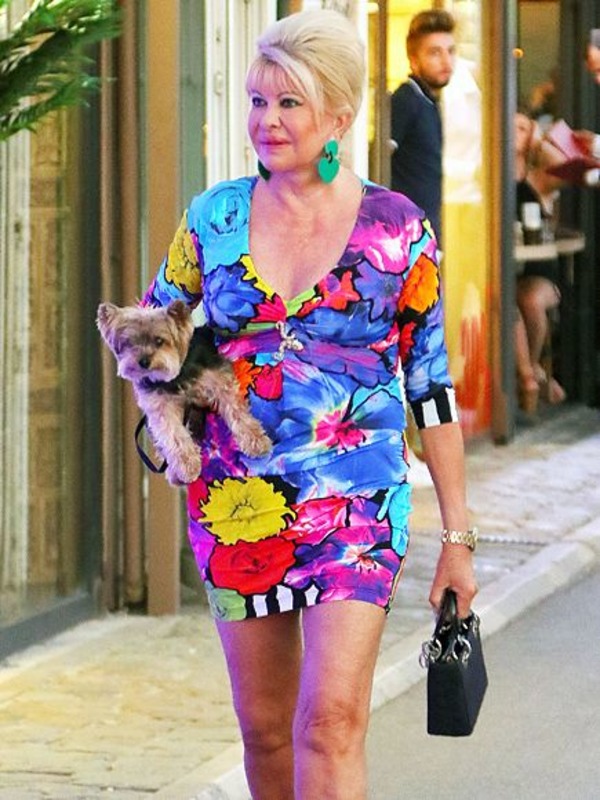 It’s interesting to know, that Donald Trump's second wife was also from not rich family – this time from American. 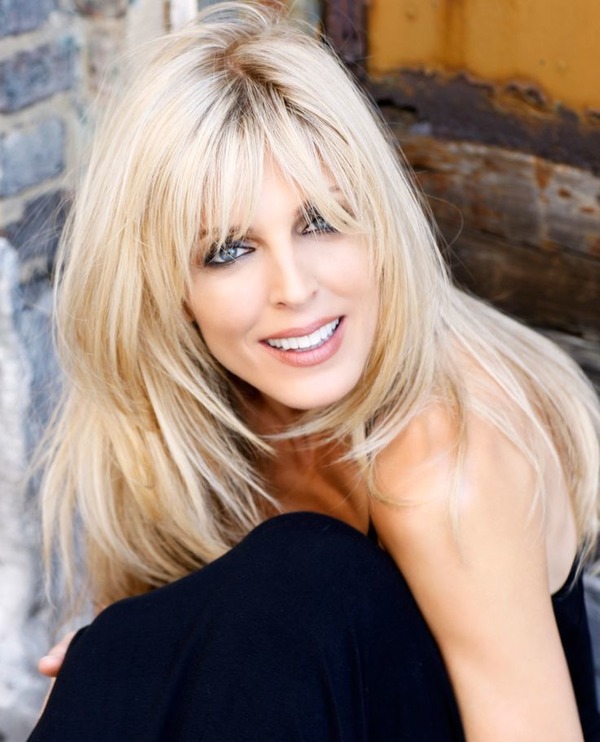 Marla Maples was born on October 27, 1963 in a small town of Cohutta, Georgia. Her father, a deacon in the Baptist Church, insisted that his daughter Marla had to read the Bible every day before going to bed. That’s why in her 16 the girl was a hot combination of a bombshell and a good girl. They say, in her high school years Marla was offered to participate in Playboy photo session, but she refused, telling that she “wanted to be respected”.

In her school years Marla was very athletic – she practiced swimming and basketball – and participated in local beauty pageants. The distant cousin of Heather Locklear, she dreamed about career in movie industry too. 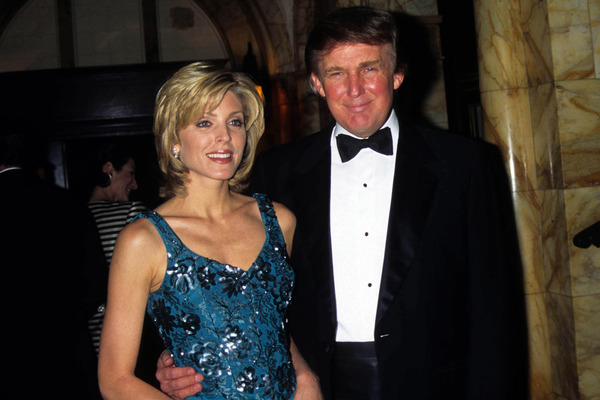 Having graduated from school, Marla Maples moved to New York, where she started career of a model and actress. At the age of 20 she met a real estate mogul Donald Trump, who was 16 years her senior, was married and had three kids – Donald Trump, Jr, Ivanka Trump and Eric Trump.

They started dating in 1989 – and then tried to keep it in secret from journalists and Donald’s then-wife Ivana. They met at Trump’s yacht “Trump Princess”’ and sometimes in his Palm Beach house, which later the businessman called “Marla Lago”.

But in spite of all precautionary measures, soon they had become the heroes of tabloids. Donald and Ivana started a long divorce process, and Marla got pregnant. Trump proposed her, when their daughter had already turned 2 months. 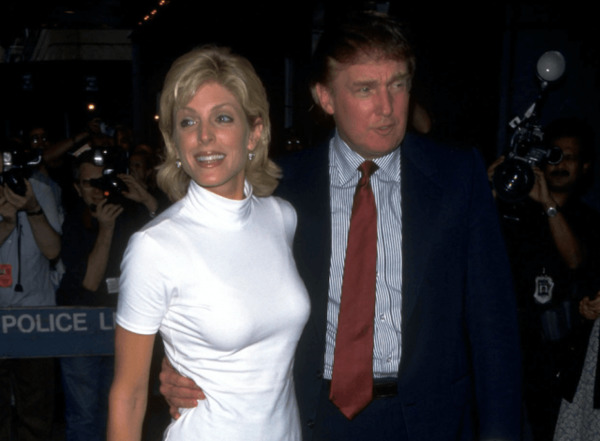 They got divorced and Marla took their daughter and went to California. There she continued career of an actress and appeared in such films and TV shows as “Spin City”, “The Fresh Prince of Bel-Air”, “A Nanny for Christmas”, Italian version of "Dancing with the Stars" and many others. 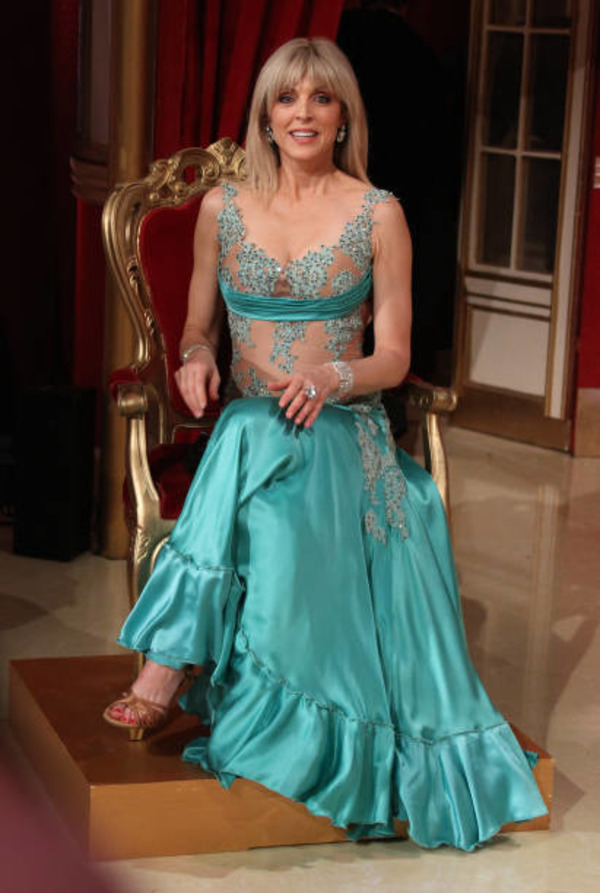 During many years the eternal lover of models, Donald Trump was not married. He met numerous women and almost always captured their hearts, although he lost to seduce one beautiful famous lady – but we will tell you a little later about her. 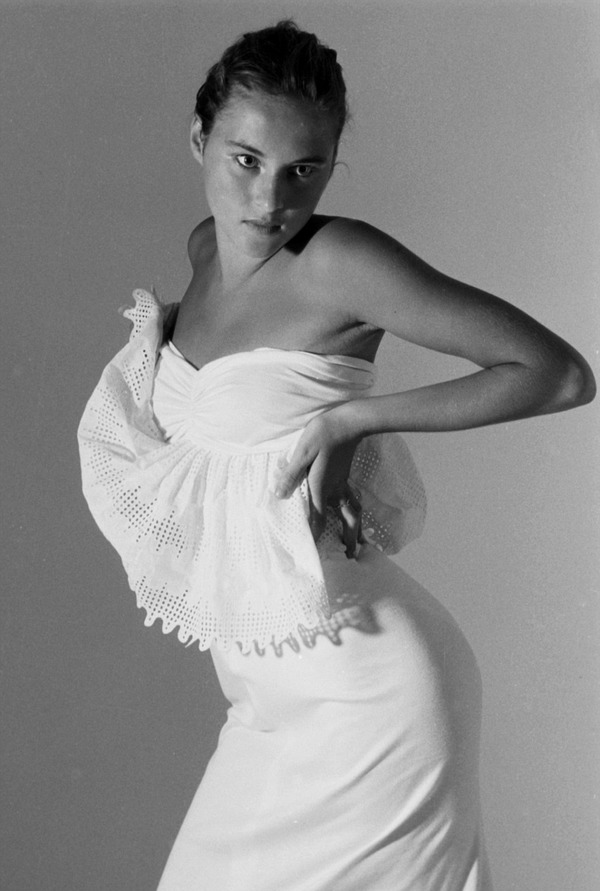 He was romantically linked to the models Carla Bruni and Kara Yang, to a tennis star Gabriela Sabatini and a Playboy star Anna Nicole Smith. The passionate moneybag, Trump threw millions of dollars for the women he was obsessed, but he was not going to tie a knot for the third time.

But modest girl from Slovenia changed his mind. 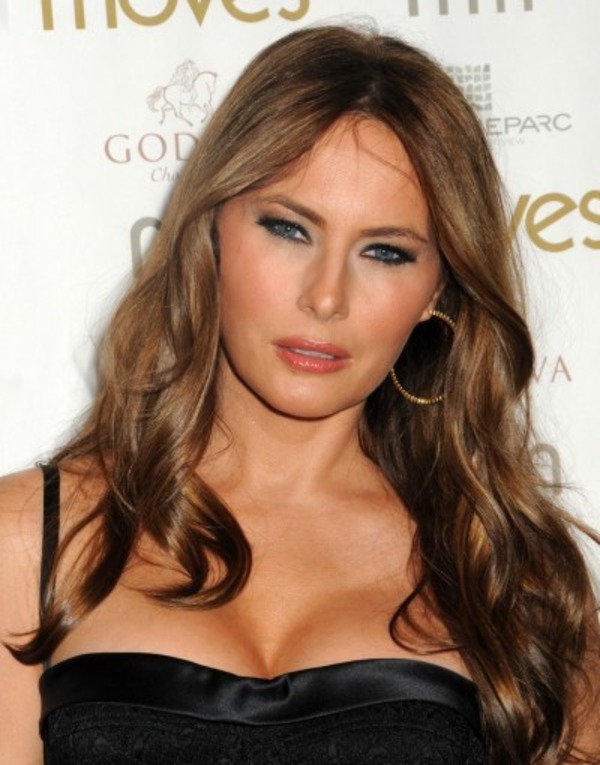 Like Trump’s first wife, Melania Knavs comes from a socialist republic Slovenia (then Yugoslavia). The future first lady was born on the 26th of April, 1970. When Donald was marrying Ivana in late 1977, she was a primary school pupil, a good girl, who was brought up in a family of Viktor Knavs, a car dealer, and Amalija Ulčnik, a children’s apparel designer.

After school Melania entered the University, but then won the beauty pageant and moved to Milan, Italy to start career of a model. 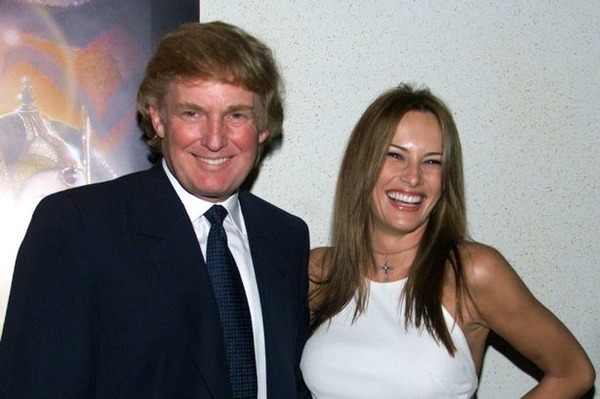 She met Trump at one of numerous parties, and as the legend says, she immediately caught his eye. He liked her in spite of her dark hair – as Trump had previously been the lover of hot blondes.

At first Melania refused to date Trump, who was a famous womanizer, but later she changed her mind and started seeing him. 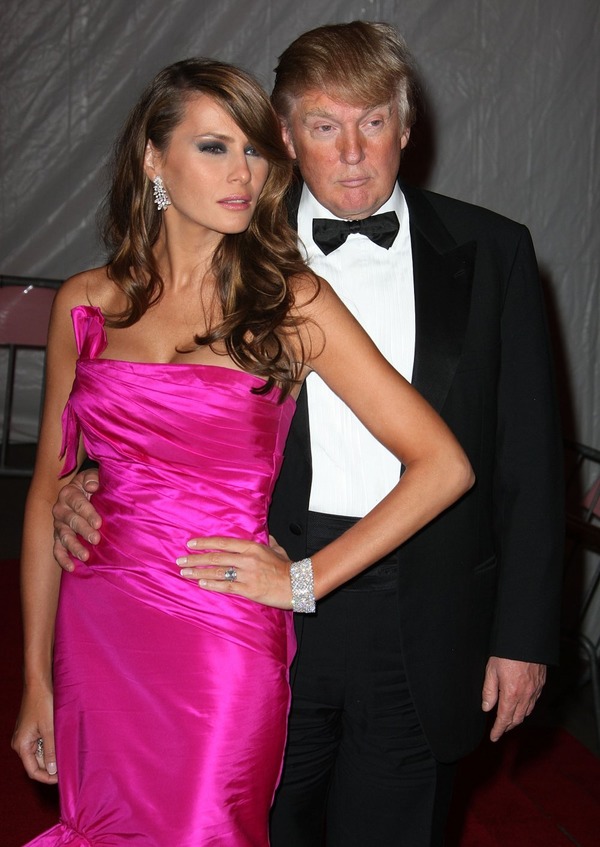 The beauty continued career of a model and even appeared in a nude photo session for CQ magazine. Later she posed naked for another male issue – the French magazine “Max”.

But Melania’s work didn’t prevent Trump from marriage. In 2005 the couple tied a knot, and Donald and Melania Trump wedding till now is considered as one of the most expensive in the world. 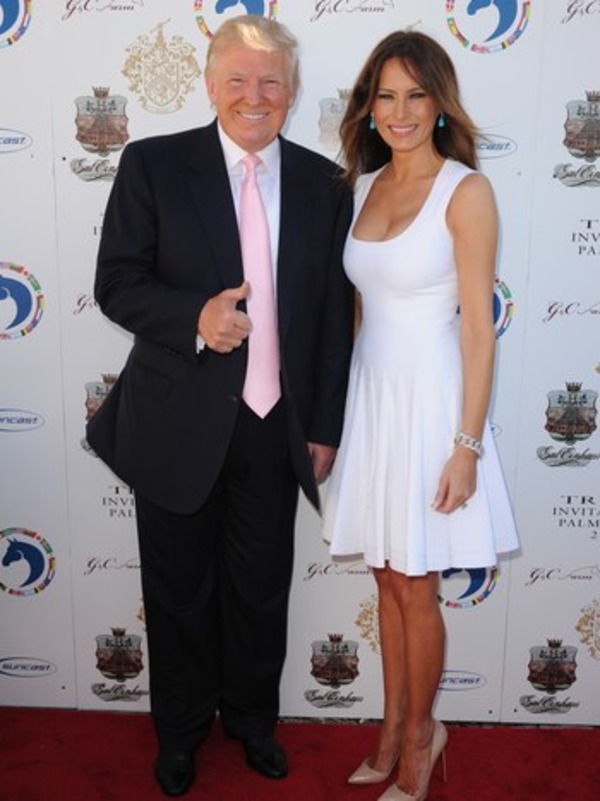 Nowadays she changed her status of a supermodel to that one of the First Lady and spends lots of time with her and Donald’s son.

Although Donald Trump establishes himself as the man, who could seduce any woman he met, there was the lady, who ignored him.

Princess Diana had just separated from her royal spouse Prince Charles. Trump met her in that sad period of her life, and fell in love with her. The beautiful tall blonde looked like a supermodel and was noble too. 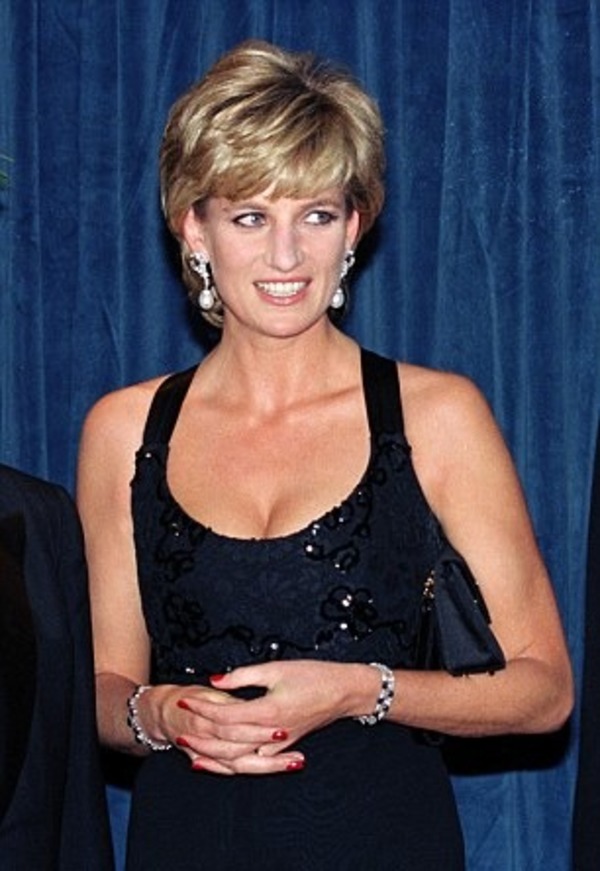 Donald showered Lady Di with gifts and bought her bouquets of flowers – each of them cost like a small apartment. But she ignored the future US President and started dating another billionaire – Dodi al-Fayed, with whom she was killed in a car accident. In case she had chosen Donald that time, probably, she would turn from a British Princess to an American First Lady!