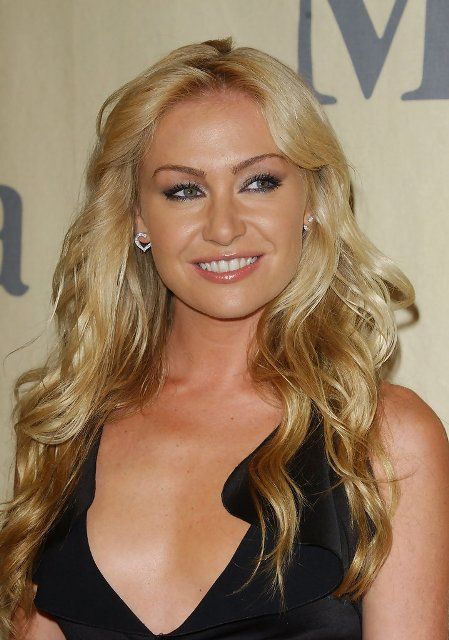 Do you remember the words from a popular romantic song, “When a man loves a woman, can't keep his mind on nothing else”. The love between a man and a woman – the true love – is, probably, the most desirable thing in the world and people feel so emotional, when they watch happy famous couples, like Jenna Dewan and Channing Tatum or Goldie Hawn and Kurt Russell. But what if not man, but woman loves a woman? Does this couple deserve to be praised? 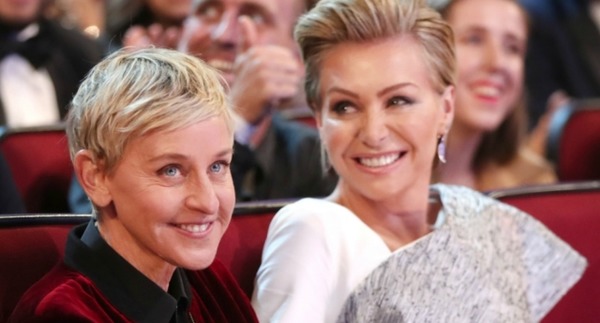 In fact, Ellen DeGeneres and her wife, Portia De Rossi, never think about becoming a role model for others. They live in a huge mansion in LA, care about homeless animals and go for long walks in the evenings. They try to ignore the rumors about their split, which appear in press from time to time. But if you are one those people, who value real love, the story of Ellen DeGeneres wife Portia De Rossi can be interesting for you.

Who is Portia De Rossi? 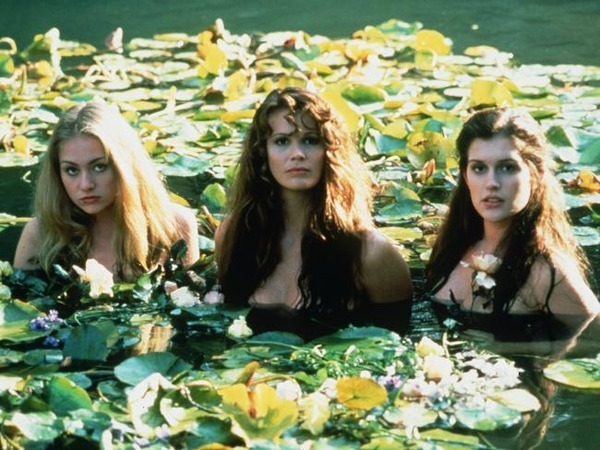 The real name of Ellen DeGeneres wife is Amanda Lee Rogers. She was born in Australia and started career of a model at the age of 11. Then she had to support her mother, who was brining up 2 children by her own after Amanda’s father death.

At the age of 14 Lee Rogers changed her name to Portia De Rossi and made up her mind to become an actress.

The woman got initial recognition, having featured in the movie “Sirens” in 1994. For now her most popular screen works are “Ally McBeal”, “Who Is Cletis Tout?”, “Nip/Tuck” etc.

Portia became popular not just as an actress, but also as a writer. She published a book “Unbearable Lightness: A Story Loss and Gain”, where opened the details of her and Ellen DeGeneres love story.

Portia De Rossi Describes the Details of her Love Story 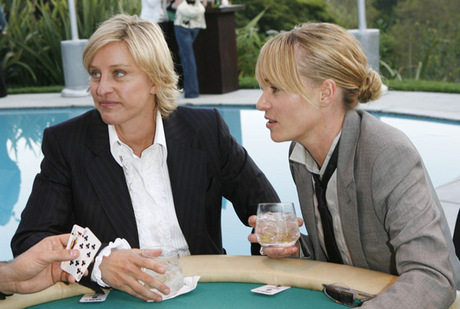 It was hard for Portia De Rossi to identify her sexual orientation. In 1996 she married a male producer Mel Metcalfe and tried to live like any other woman. Needless to say, that her attempts failed. Then she started a romance with a woman Francesca Gregorini (singer). She still was with Francesca, when met Ellen.

Have you ever noticed, when a person tells his love story, his eyes are shining? Portia describes her first meeting with Ellen DeGeneres in her book so faithfully, that you physically feel the wave of warms over your body. Portia visited Ellen’s show. She has already known that DeGeneres is an open lesbian. Portia liked her huge blue eyes, soft blonde hair and sense of humor. She found Ellen in her make-up room after the show and invited for a drink. 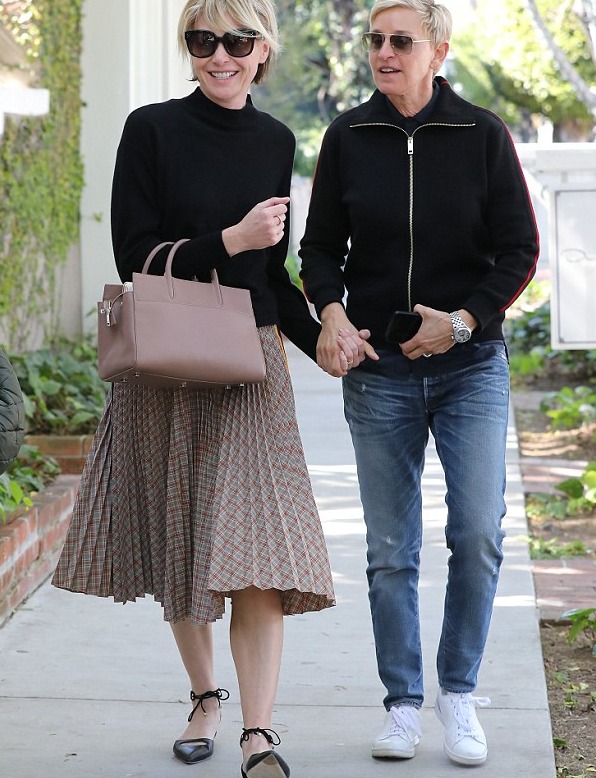 Till now Portia remembers that evening. She fell in love with Ellen, but was too shy to tell about it. Now being incredibly slim, De Rossi weight too much in 2001, when she met DeGeneres. She thought her extra kilos make her freak.

The women met again three years later. Both were single and ready for new love. Their romance developed into long-term relationships. In 2008 the couple wedded. 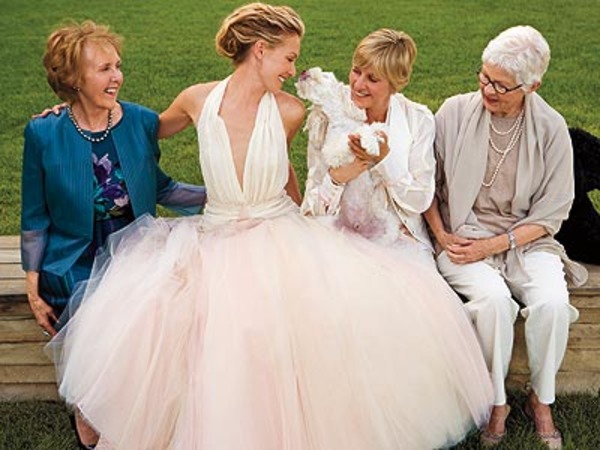 Like any celebs with a huge bank account, Portia and Ellen dreamed about luxurious wedding. They invited Mindy Weiss, a popular party consultant, to help them organize the ceremony.

Portia and Ellen put on white dresses from Zac Pozen and took bouquets of dark roses. Their mothers and other close relatives witnessed the sentimental moment, when Portia and Ellen exchanged the vows.

After that two just-married girls invited their guests to taste a vegetarian cake. By the way, two stars are vegetarians and animal rights activists. 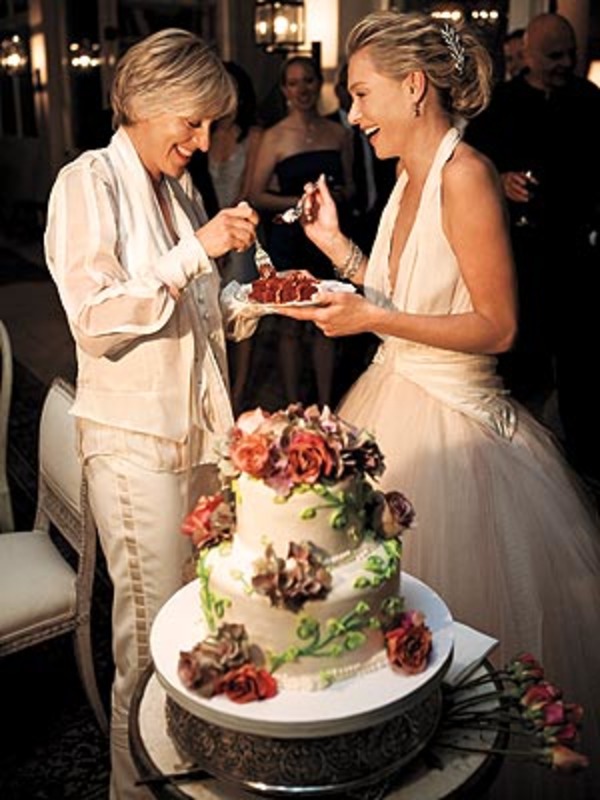 They have been married for 9 years already. Ellen never gets tired to give compliments to her wife. She tells, she is always thankful God for all the things she has, including her career success and her loved one.

When Portia is not busy with acting and Ellen is free from the show making, they spend the time on a farm. There Portia rides horses and hikes. She likes to get up late and then drinks a cup of coffee with Ellen and watches the morning show. Ellen and Portia like reading. They do puzzles from time to time too. 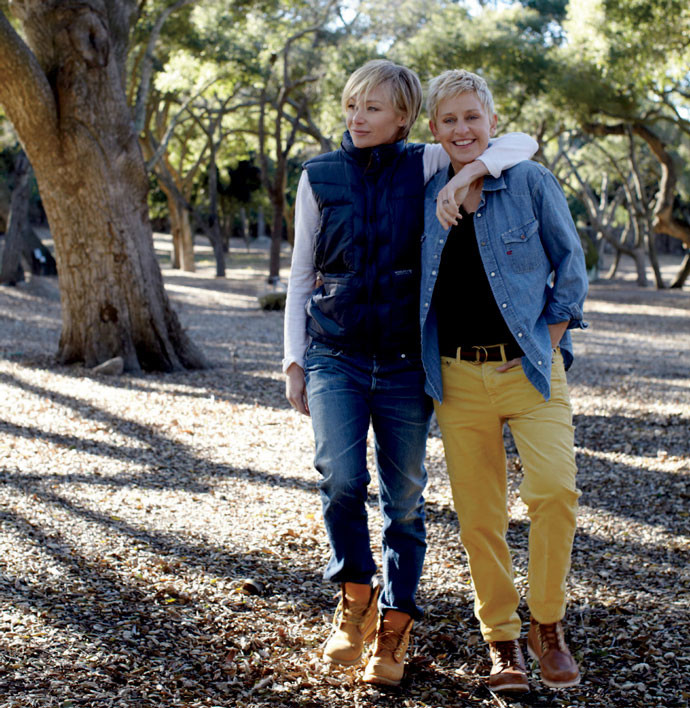 The women have several dogs and cats. They are ready to share their wealth and do lots of humanitarian work.

Portia De Rossi likes her calm happy life with Ellen and is proud of her spouse. In 2010 she officially changed her name. Now she is Portia Lee James DeGeneres.