How Much is Enya Worth?

There are musicians, who live from hand to mouth, and there are the others, who swim in a pool with money. The Irish musician Enya belongs to the second group. Her net worth has reached astonishing $100 million.

Enya earned her wealth mostly through the activity of a musician. Her stellar career has been already lasting for three decades. During these years Enya released 9 albums, which were in great demand all over the world. Her success of a musician was proved with numerous awards, including several Grammys.

But the best proof of success is the amount of dollars, which one has earned from his activity. Enya has become the best in this area too. She is ranked as one of best selling musicians in the world. Her albums were sold in USA as hot pies, and selling reached astonishing 26 million copies. She sold another 80 million in Europe and all over the world.

Enya’s second album “Watermark” got platinum status 6 times. Her other popular disks, which were ranked as multi-platinum, are “A Day Without Rain” and “Amarantine”.

But Enya made money not just from selling of her albums. She toured all over the world too. Her music shows has always been unbelievably popular, and the Irish star made a solid profit from it. For example, in 1996 she performed in Japan for £500, 000 for a single concert.

In addition to earnings through music, Enya made cash through movie industry too. She composed music for several popular screen projects, such as the documentary series “The Celts”, the drama film “The Frog Prince” and some others. In 2001 the singer recorded a soundtrack “May It Be” to the legendary film “Lord of the Rings”.

As for now, Enya holds untold wealth. But what did she start from?

The future music star was born in the north-western part of Ireland. In Gweedore, the area, where Enya spent her early years, people speak ancient Gaelic language and listen to authentic Celtic songs. These motives influenced the girl, and later she used them in her songs. It helped her create her unique music style.

She grew up in a friendly family of a music teacher (mother) and pub owner (father). Enya has 8 siblings. The childhood of an internationally popular star was full of music. Her parents and her brothers and sisters listen to music regularly and then started to perform it. They formed a band, named “Clannad” (“Clan”), which soon gained popularity in Ireland and abroad.

But to be the part of family band was not enough for Enya. She dreamed to become a solo artist. Her ambitious goals were supported by the band manager Nicky Ryan. In early 1980s Nicky and his wife Roma left the band. They convinced Enya to follow their example. Three enthusiasts had one common dream – make Enya’s voice popular. Roma sent the girl’s recordings to reputable producers. One of them offered Enya to record a soundtrack to his film “The Frog Prince”.

That work turned to be successful. But the next one propelled career of a talented musician. In 1987 Enya composed music for documentary series “The Celts”. The series brought Enya initial popularity. Later she cemented her success with several great albums, such as “Shepherd Moons”, “The Memory of Trees” and others.

Nowadays Enya is still busy with her career. In her free time she stays in a big listed mansion. 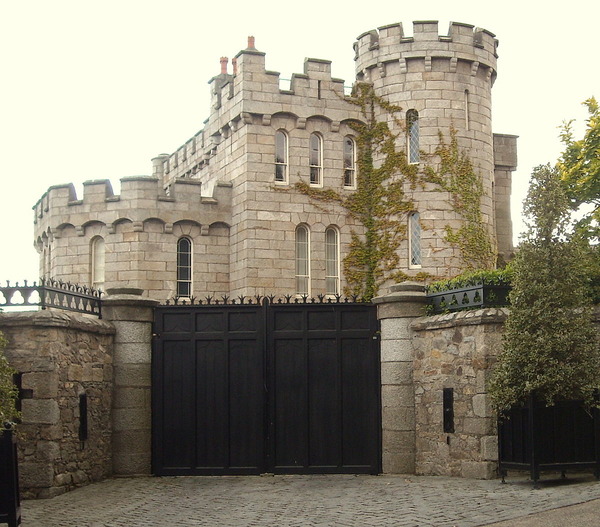 Being extremely popular in Ireland and worldwide, Enya remains very private and single in her everyday life. She has never been married, because the star is afraid to attract a money hunter instead of a loving man.

She is the owner of several huge mansions all over the world. The main star’s residence is Manderley Castle, which has important historic meaning. The mansion was built in 1840 and looks like a typical castle of Victorian epoch.

Enya bought the residence through an auction and paid an enormous amount for it – £2, 5 million.

In 2009 she purchased another house in the south of France.

Nowadays Enya remains one of the most popular and richest musicians in Ireland.