Floyd Mayweather Net Worth is $400 Million 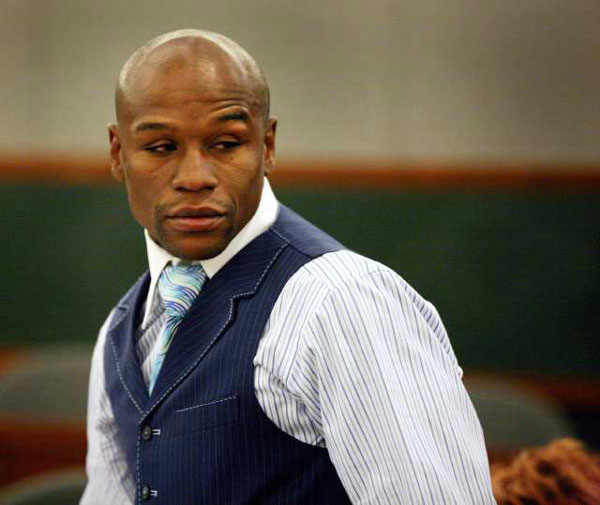 Floyd Mayweather Net Worth by Year

Floyd Mayweather is an iconic athlete, the holder of Olympic Bronze Medal 1996, the owner of three Golden Gloves and the champion of five weight categories. He was nicknamed “Money” in mass media for his ability to earn millions. The 16th highest paid athlete of the year 2016 (according to Forbes) has $400 million net worth.

In September, 2015 the boxer announced his decision to retire. Nevertheless in 2016 he earned millions too. He got $32 million salary for the Berto fight and $12 million for his endorsement deals. Floyd could get much more endorsements, if his reputation wasn’t ruined after a law suit with his ex-girlfriend, who had accused the boxer in domestic violence.

Now, when Mayweather has enough time, he develops his own lifestyle brand The Money Team, which brings him some additional income.

No doubt, Floyd Mayweather is a person of success and during the years of his career he won almost all his ring battles. The pro boxer made occasional appearances on TV too. In 2007 he participated in “Dancing with the Stars” show.

If Floyd’s career was full of bright moments, his personal and emotional life was quite complicated. His father was a professional fighter too and it was he, who inspired Mayweather to start career of a boxer. He took the boy to gym from his kindergarten years and presented him a pair of boxing gloves at the age of 7. In spite of his attempts to become a careful father, Mayweather Sr. had law problems. He was put in jail in 1993. Floyd’s mother was prosecuted too for toxicomania. To forget about his family troubles, Mayweather concentrated on his career.

Now Floyd Mayweather bathes in luxury. He spends his millions for luxurious cars and houses and still remains one of the richest athletes in the world.