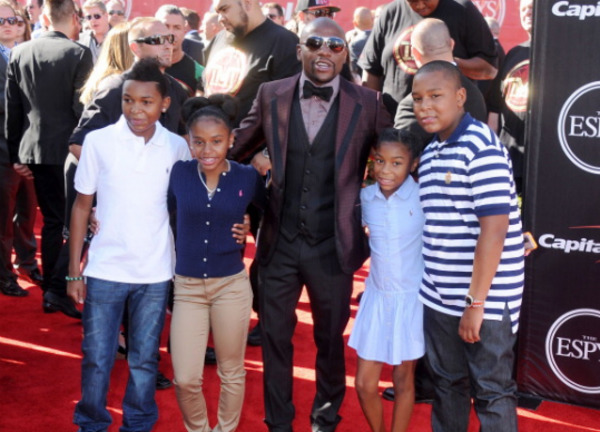 Floyd Mayweather may look ruthless at the ring, but he is incredibly sentimental with his kids. The stellar boxer is rumored to give them expensive gifts. Thus his daughter Iyanna posted in Instagram the photo of a luxurious Mercedes 550 S-Class, which her daddy gave her for her 14th birthday.

Floyd understands that his children are the main source of his expanses, but he is proud of it. According to his own words, each his fight is devoted to his children and he saves his millions to make their life even better.

So, who are they, the people, who inspire Mayweather to win?

Floyd Mayweather has 4 children. At the same time the undefeated boxer has never been married officially. He cohabited with Josie Harris, a mother of his 3 children. And then he had a romance with Melissa Brim, who gave a birth to his elder daughter. The names of Mayweather’s children are Koraun (son), Zion (son), Iyanna (daughter with Melissa Brim) and Jirah. 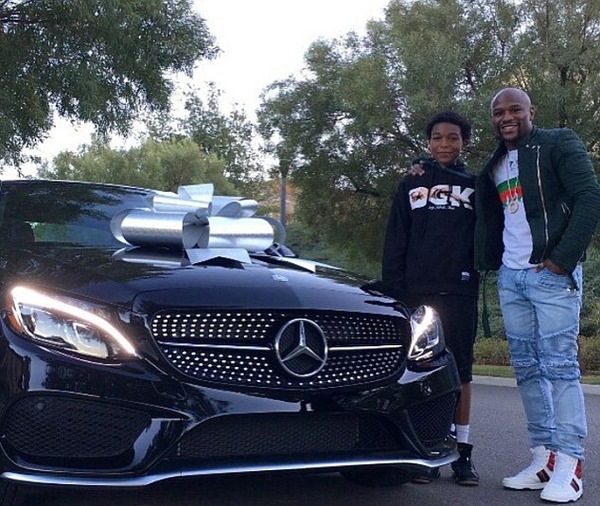 Koraun is the oldest son of the sports star. Probably, he is the most famous of them too, as it was he, who called the police, when his father hit Josie Harris. Later Koraun named his father “a coward” during his interview on the radio.

Koraun was born in November, 1999 to Floyd Mayweather and his girlfriend, Josie Harris. The boy, whose father and grandfather were famous boxers, doesn’t want to pursue this career. He considers box as boring.

Koraun witnessed his parents’ conflict. It was he, who opened the door, when Floyd came home. Mayweather woke up his fiancée Harris and yanked her hair. He was jealous as saw Josie with another man. They began to quarrel, and Floyd hit Josie numerous times. He told his son to come into his room. The boy followed his advice, but he jumped out of the window and called the police. After that Mayweather was arrested and taken to prison for 90 days. Koraun named his father “a coward” for his disability to admit his fault.

Probably, Mayweather and his son Koraun made piece, as Floyd spent £30,000 for Mercedes, which he presented for his son’s 16th birthday. 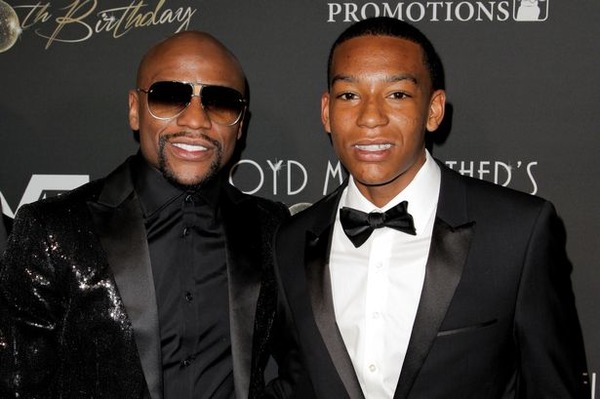 Zion is the second son of the famous boxer Flod Mayweather. It is not known exactly, when the boy was born, but some sources name the 28th of March, 2001 as the date of his birthday. The boy seems to be interested in sports, because he was photographed during the workout with his dad.

Like other Mayweather’s children, Zion gets luxurious presents from his father. For his 16th birthday he got Mercedes C-Class Coupe. Its price is about £31,000. The boy demonstrated the luxurious gift through a social media. Zion arranged a luxurious party. The rapper Young Thug performed for his guests. 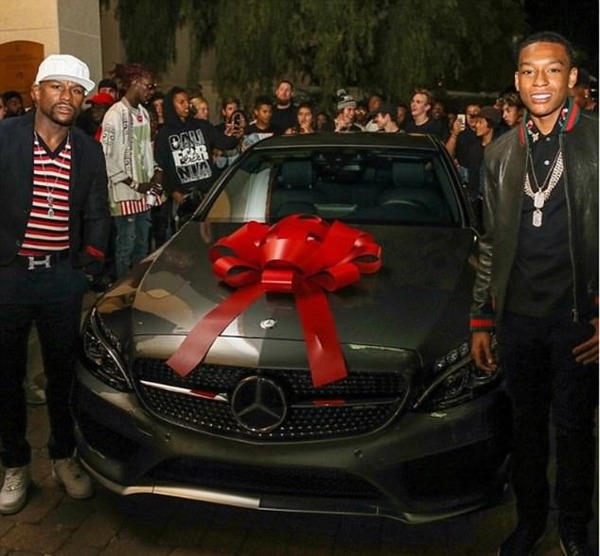 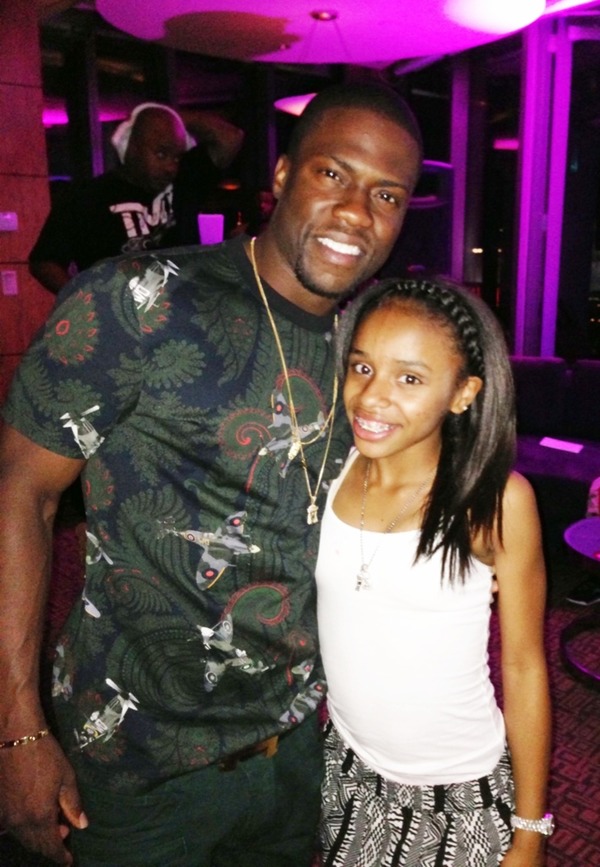 Iyanna is Mayweather’s daughter from his long-term relationship with Melissa Brim. The couple started dating in 1998, when Mayweather broke up with Josie Harris. Later Floyd put himself right with Harris again, and they continued living together. But his relationships with Melissa were not over too. Thus he dated two women simultaneously. He broke up with Melissa decisively in 2012. In May, 2000 she gave a birth to their daughter Iyanna.

Iyanna thanks to her dad through social media for all luxurious gifts she got from him. She has also become the proud owner of Mercedes, which her father gave her for the 14th birthday. In her interview the girl said, that her father was her best friend. 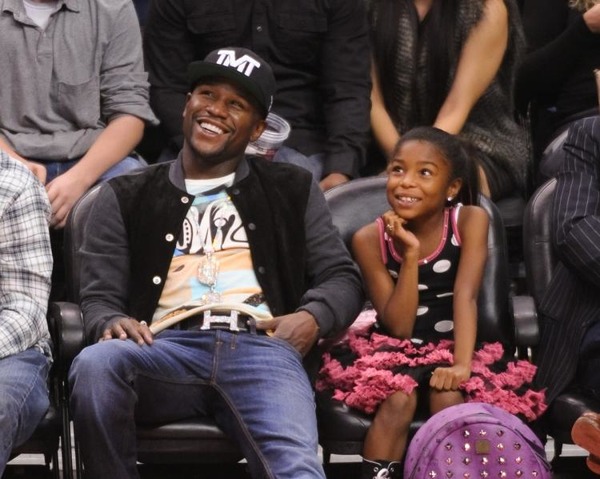 Jirah Mayweather is the youngest child of a contradictory celebrity Floyd Mayweather. She was born on the 25th of June, 2004 in the family of Floyd Mayweather and Josie Harris. Jirah leads the life of any other girl of her age. She has an account in instagram, which is followed by 79, 000 people. Jirah posts cute photos of her careless life. She has shared the photo with her father too. 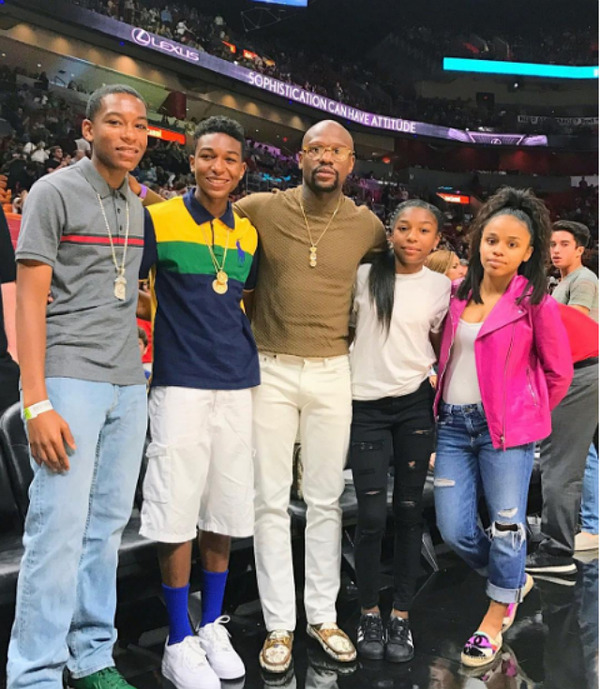 Floyd Mayweather showed his cruel side to all his women. He beat his fiancées and made loud scandals with his ladies of love. But nobody can deny, he is incredibly soft, when it deals his children. The boxer buys them presents and earns his millions to provide his children for the most interesting and beautiful life.