Iman Net Worth is $45 Million 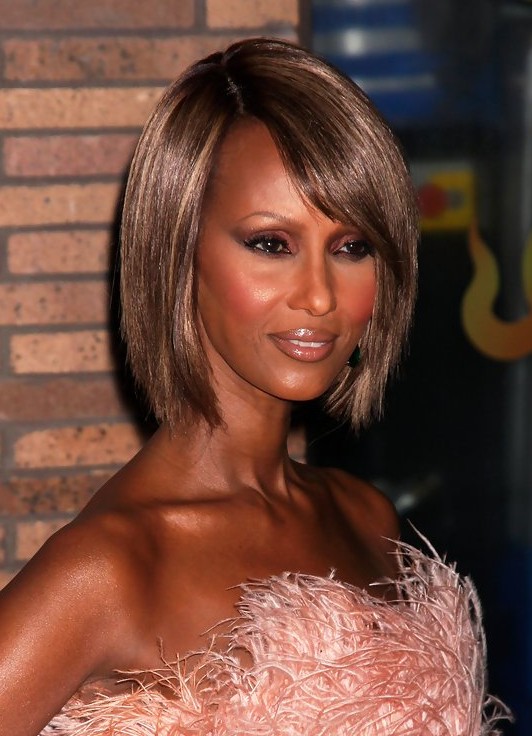 Iman net worth is estimated as $45 million. Her main source of wealth now is cosmetics business. But she started to earn her money as a model and actress. During several decades of her career Iman tried her hand as a designer too. Iman is a multiple personality and it helped her to save her net worth. She combines her active career with motherhood. Iman has two daughters. Her second daughter, Alexandria Zahra Bowie, was born in Iman’s third marriage with an English singer David Bowie.

Iman Mohamed Abdulmajid was born in Somalia in a prosperous family. Her father was a diplomat and mother earned her living as gynecologist. To get great education the girl, who was named Zara at first and then renamed as Iman according to her grandfather’s will, was sent to Egypt, where she had visited a boarding school.

When Iman was in her teens, she and her family moved to Kenya because of unstable political situation in her country. There she was discovered as a model by a photographer Peter Beard. Her long and slim body, ideal skin and thick hair helped Iman become a supermodel soon. She collaborated with the most popular designers in the world like Yves Saint Laurent, Gianni Versace, Donna Karan and others. She appeared in many popular magazines like Vogue, Vanity Fair etc.

When her career of a model was over, Iman started her own cosmetics brand, named “Iman Cosmetics”. The ex-model serves as CEO and spokesperson of the brand. She created various foundations, suitable for various skin types and for women of various nationalities. Her brand’s income was estimated as $25 million per year.

Iman has also created her own fashion collection, named “Global Chic” for Home Shopping Network. Her Global Chic became the 4th best collection of the brand.

Iman earned some money as an actress too. She appeared in several hit movies like “No Way Out”, “Dangerous: The Short Films”, “Out of Africa” etc.

The dazzlingly beautiful woman, Iman can be proud of her super successful career.