Isla Fisher Net Worth is $20 Million 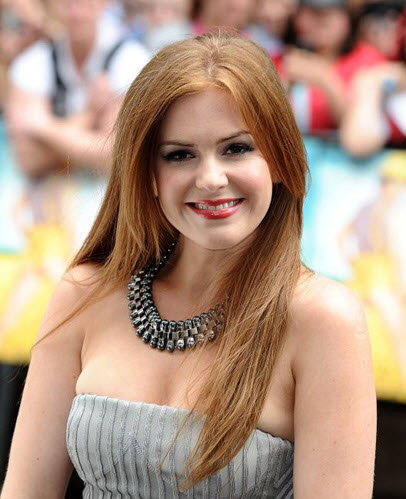 Isla Fisher is a popular Australian actress, who managed to reach Hollywood top lists after she had become famous in her native country. The fans know and love Isla Fisher due to her comedy and drama roles in such hits as “Confessions of a Shopaholic”, “Wedding Crashers” and “The Great Gatsby”. In 2013 Isla participated in the cult movie of the year “Now You See Me”. She acted opposite the stars Dave Franco, Jesse Eisenberg, Woody Harrelson and Mark Ruffalo. The movie with just $75 million budget earned $118 million in USA and $352 million all over the world (information is given by Forbes). Of course, an actress Fisher earned a lot due to her participation in such successful projects. Was it hard for Isla Fisher to save her net worth?

In fact, Isla Fisher was going to become an actress from her earliest years. When her parents moved from Sultanate of Oman to Australia (Perth), the girl convinced her mum and dad to send her to acting school. She started to appear in commercials from the age of 9.

Isla made her screen debut in the series “Home and Away”. Her big break was in “Wedding Crashers”, where Isla portrayed Gloria. She got MTV Movie Award for that screen work.

In 2016 Isla Fisher was busy too. It is not known exactly, what amount the star has earned, but she participated in two new films, so hopefully, Isla managed to increase her net worth.

Isla Fisher is known not just as an actress, but as a writer too. She has already presented two books, “Seduced by Fame” and “Bewitched”.