You will earn $9 million in

How Much is Jane Kaczmarek Worth?

Jane Kaczmarek has an estimated net worth of $9 million. Many people recognize Jane as Lois (a mother) from the series “Malcolm in the Middle”. The sitcom about a genius boy, whose big ego served as the source of his troubles, has become a hit. Jane looked very natural, depicting a mother of 5 sons and wife of Hal (Bryan Cranston).  Jane Kaczmarek’s Lois liked to control everything and was very creative in inventing new punishment for her sons. At the same time her heroine was humorous and interesting.

“Malcolm in the Middle” was on air during 6 seasons, and Jane Kaczmarek appeared in 146 from 151 episodes. Each episode brought to Jane Kaczmarek bank account $100, 000. Her play was praised high by critics. The actress won a number of awards for her work, including 3 Golden Globe nominations.

Before Jane Kaczmarek landed the role in “Malcolm in the Middle”, she acted in numerous movies and TV series, which were moderately successful and contributed to her net worth. Jane Kaczmarek played in “Hill Street Blues”, “L. A. Law”, portrayed a mother of Tobey Maguire hero in “Pleasantville”. 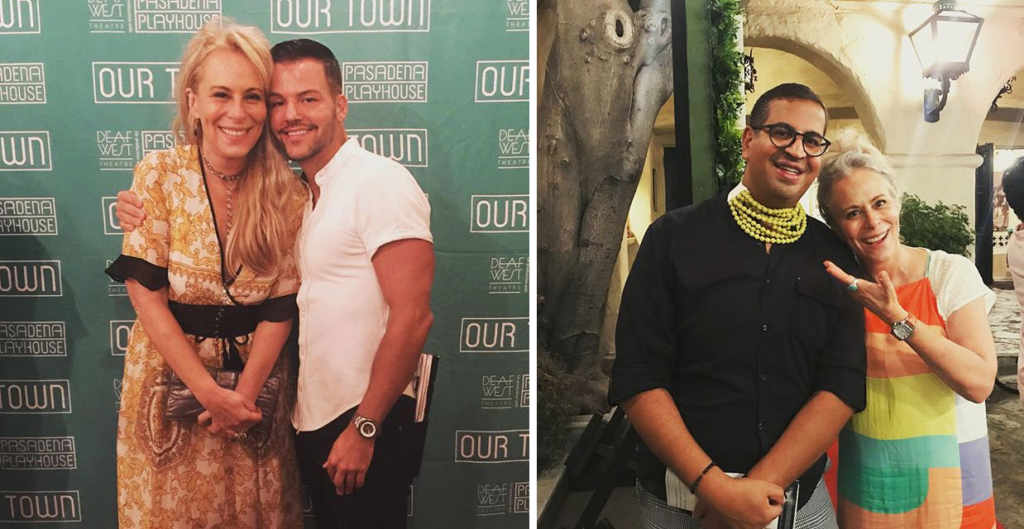 Probably, “Malcolm in the Middle” is the most successful project in Jane Kaczmarek film list. But after its finish the actress continued to work. She voiced a judge in a popular animation show “The Simpsons”, made a brief stint in the series “Whitney” and “The Middle”.

Jane Kaczmarek still dabbles in the movie industry. She starred in Marja Lewis Ryan drama “6 Balloons”, but in fact Jane doesn’t need to work at all with her multi-million net worth. But what was her way on top?

The TV star Jane Kaczmarek was born in Milwaukee, WI in the family of a teacher (mother) and Department of Defence worker (father). The actress has Polish roots.

Jane liked acting from the earliest years, but she couldn’t pay too much attention to it. The girl was a good pupil at school, and she got brilliant education. At first Kaczmarek studied at the University of Wisconsin–Madison and then honed her skills of an actress at Yale University.

Kaczmarek debuted as an actress in Broadway stage shows. Later she was noticed by TV producers and finally, was cast to her first screen project “For Lovers Only” in 1982.

Jane’s face has become recognizable to the wide circle of viewers after her brilliant acting in the series “Equal Justice”.

Jane is a hard-working actress. She has appeared in more than 100 movies and TV shows during the years of her career. She is popular till now, in her 62. In spite of the wide spread opinion, that Hollywood actors remain unemployed after 40, Jane Kaczmarek features in new projects several times per year. Among her recent works there are such films and TV shows as “Big Time in Hollywood, FL”, “Wolves at the Door”, “CHIPS” etc.

The celebrity and beauty Jane Kaczmarek found the time for family life too. In 1992 she tied a knot with an actor Bradley Whitford. They had two daughters and one son together. Jane and Bradley divorced in 2010. Now she is single. Kane lives in a stunning house.

Jane Kaczmarek lives in a beautiful house in San Marino, CA. Her ex-husband and she bought the house for $6, 8 million. The residence consists of 6 bedrooms, three full and three half bathrooms.

The two-storey residence is made of yellow stone at covered with red tiles. It is decorated with huge arc windows and wide balconies.

Jane Kaczmarek house has a historical meaning. It was built in 1924 and renovated in late 1990s.

The house of a television star Jane Kaczmarek has everything any celebrity needs to relax after a long day at the set. There’s a SPA room, a spacious living-room with the fireplace in the centre of it and a swimming-pool.

So, Jane Kaczmarek fans can be sure – their favorite star has her personal cave to have some rest.