Jean-Paul Gaultier Net Worth is $100 Million 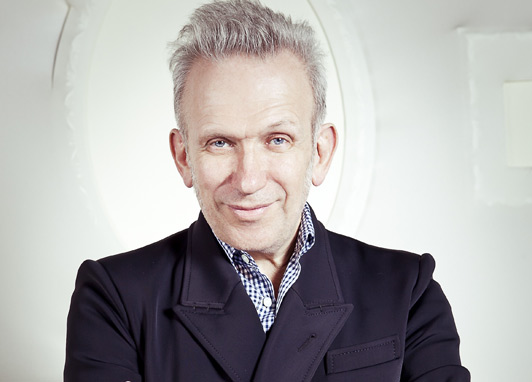 Jean-Paul Gaultier is an outstanding fashion designer, who has a net worth of $100 million. He accumulated such a solid amount of money due to selling of luxurious brand clothes, perfume and accessories. Jean-Paul Gaultier’s dresses, skirts and blouses are a dream for every woman of fashion. The things from Gaultier are a must-have for many celebrities like Madonna, Nicole Kidman, Kim Kardashian and many others.

Jean-Paul Gaultier grew up in Arcueil, France. He was a weird child from his earliest years. The boy was not interested in sports and he didn’t like to play with his peers. But he created clothes for his Teddy bear and watched numerous movies, paying great attention to the costumes of the heroes.

Jean-Paul earned his first salary at the age of 18. Then he sent his sketches to legendary Pierre Cardin and was hired as his assistant.

In 1976 Gaultier felt that he was ready to start his own business. He opened his fashion company and soon presented his first collection. Then unknown fashion designer, Jean tried his best to excel the others. To achieve that purpose, he had become the king of epatage. He mixed various kinds of cloth and was ready to combine various fashion styles. For that courage and ability to surprise Jean-Paul got the nickname “Fashion’s Enfant Terrible”.

Gaultier propelled his career in 1978, when he created the collection “James Bond” for Japan brand Kashiyama. Jean-Paul Gaultier’s name became one of the most popular in the mysterious world of high fashion.

Now Jean-Paul Gaultier spends his money for charity. He had never hid the fact that he was gay. His partner died from AIDS and that’s why Gaultier donated lots of money to AIDS fighting organizations.