Jennifer Aniston’s Husbands: Justin Theroux Is Her Happiness and Brad Pitt Was a Disaster 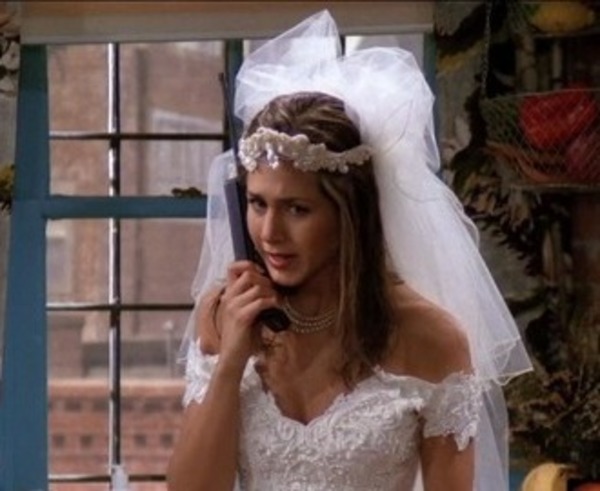 No matter, how old you are, we are sure, you have watched at least one episode of “Friends”. And of course, you liked her – a girl, cut from sunlight and love. She was so beautiful, so joyful and funny, that men all over the world were ready to kiss a TV screen, when they saw her heroine Rachel Green. 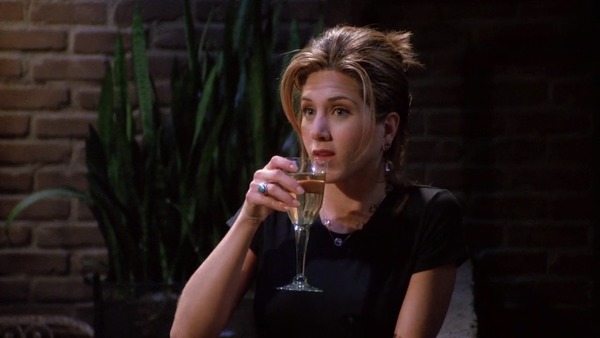 “Friends” has become a massive hit, and young Jennifer Aniston turned into an A list Hollywood star. After cult series she appeared in numerous movies – “Rumor Has It”, “Marley & Me”, “Just Go with It” etc. But today we won’t speak about her career achievements. It is much more interesting to talk about her personal life.

Jennifer Aniston was in relationship numerous times and just twice she was married officially. Meet her first husband – a living god Brad Pitt! 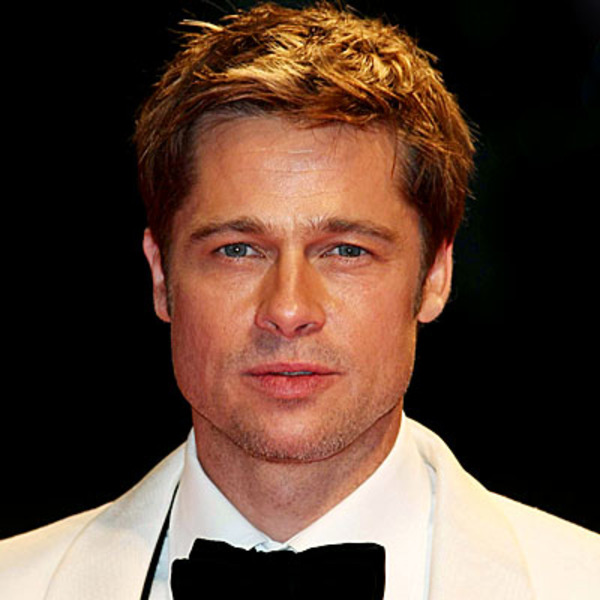 William Bradley Pitt was born on December, 18 in 1963. He spent early years in Shawnee, OK and then his parents and siblings moved to Springfield, MO.

Pitt’s father earned his living as a trucking company owner, and his mother was a high school counselor. The future star was brought up by very religious parents. Brad and his sister and brother gathered with their parents for a family dinner every evening. Before eating they took some minutes to pray. 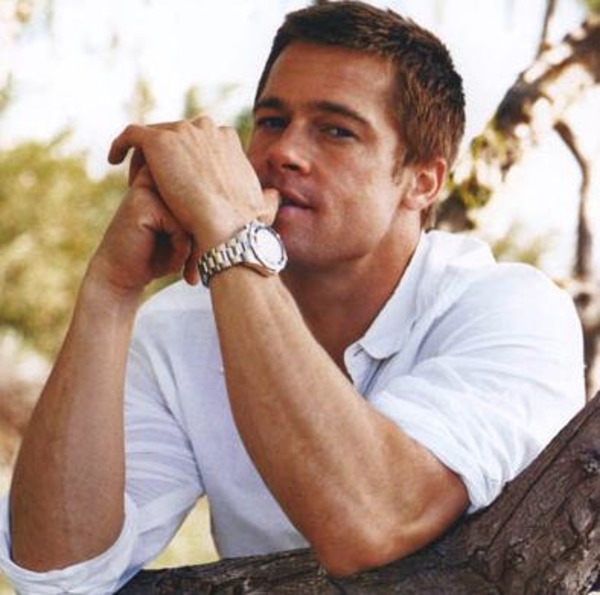 At school Brad Pitt was like many other children of his age: he didn’t like lessons, but was very active during the break. He was fond of sports and music, participated in a school club and even was a member of school government.

Pitt continued studying after school – he entered the University of Missouri, where he studied journalism. But during his years at college, Brad suddenly got interested in acting. He dropped out his studying and went to Los Angeles, where he visited numerous auditions without any success. 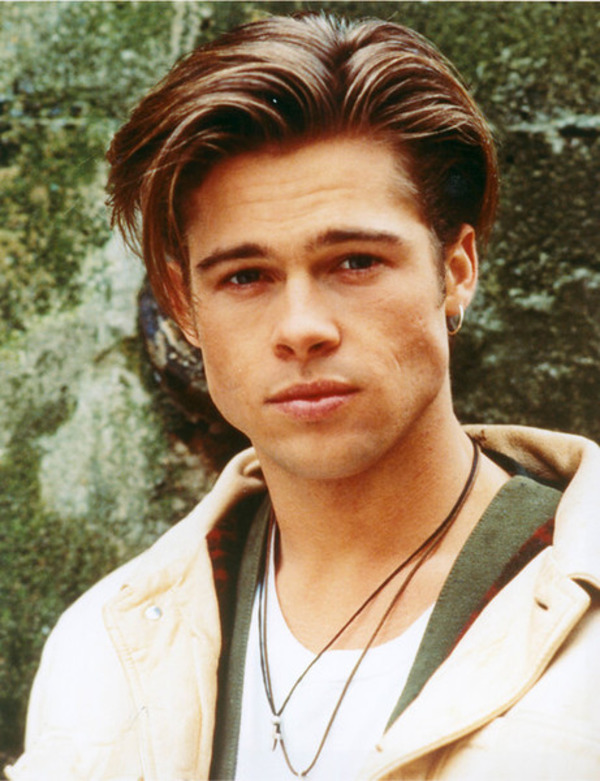 Pitt lied to his parents that he was studying at an acting school. Actually, he was not studying at all. Brad got any kind of job he could find – to make the ends meet, and dreamed one day to get the role, which would bring him popularity.

And soon fate gave him his smile. Brad Pitt was cast in the episode of popular series “Dallas”. Then he appeared in “Growing Pains”. His breaking role was in “Thelma & Louise”. Although Pitt appeared on the screen just for some minutes, his charming smile played the key role – the young actor was noticed by both, viewers and film makers. 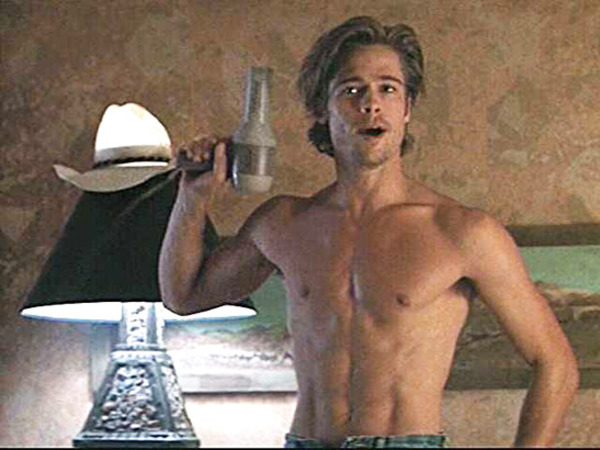 To the moment of his meeting with Jennifer Aniston, Brad Pitt has already become a famous actor with the reputation of the sexiest man on TV. He left behind him several love affairs – with Juliette Lewis, Gwyneth Paltrow and some others. When Brad and Jen started dating, most of people were impressed.

Of course, Jennifer Aniston was a very pretty woman. But she was not winningly beautiful – her nose was quite long, lips too narrow and she was too short for a star – her height was just 164 cm. Nevertheless Brad Pitt – the handsome and successful movie star – seemed to lose his head from her. 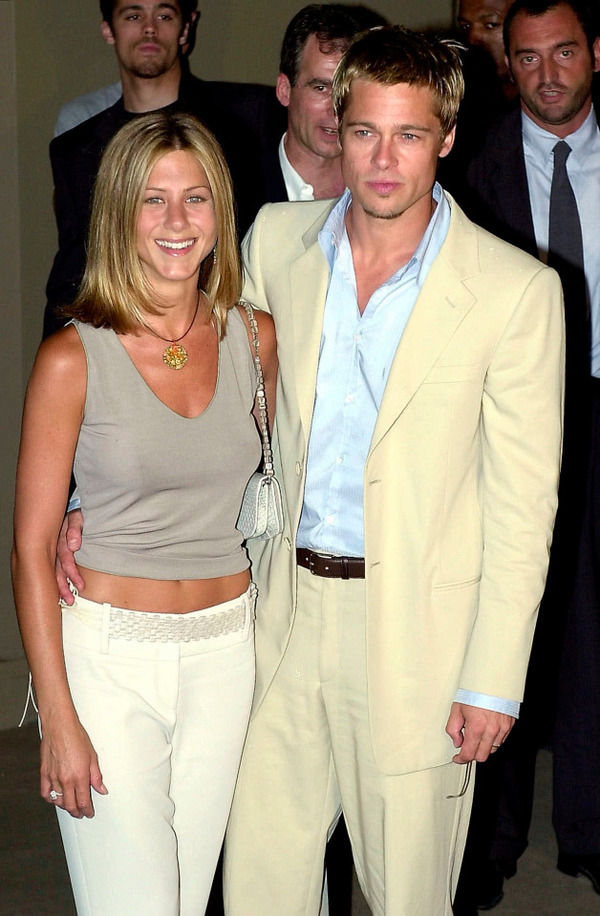 They met at one of numerous parties, which Brad Pitt visited quite often then. Very soon their love affair became the most discussed topic – in press, on TV and even among their friends. For many people it was hard to understand, what he found in Aniston – of course, she had already become a star, but for many people she was just “the-girl-next-door”, while he was dangerously handsome.

“Why do you like her”, his friends asked. “She is so smart”, he answered.

When Brad Pitt turned 36, he had already known – he could spend the whole life with Aniston. He popped the question and they wedded. 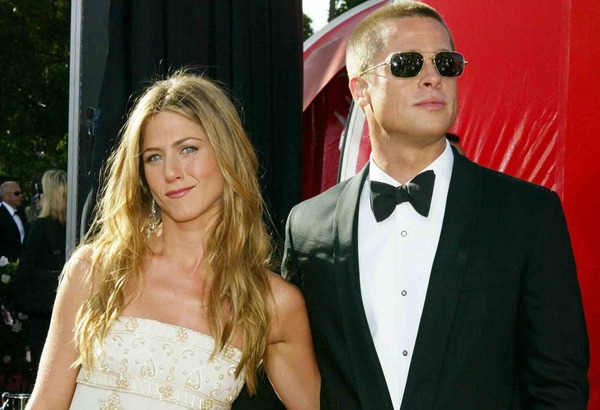 Their wedding ceremony was so luxurious, that it appeared in the list of 10 most expensive celebs weddings. He dreamed to be with her, to have kids with her and to see her face till the end of his life.

But then something went wrong. Till now the reason of their split is not known. Of course, everyone read that “Brad Pitt cheated his wife with Mr. and Mrs. Smith co-star Angelina Jolie”. But that was just the tip of the iceberg. The distance between them appeared before his meeting Angelina. Probably, that was because of Aniston’s busy schedule – after “Friends” she became a desirable star of various movies and TV shows. Otherwise it was because Jennifer Aniston couldn’t have kids (these rumors were denied by the actress). But in any case, Brad Pitt cheated his godlike wife and then divorced her. 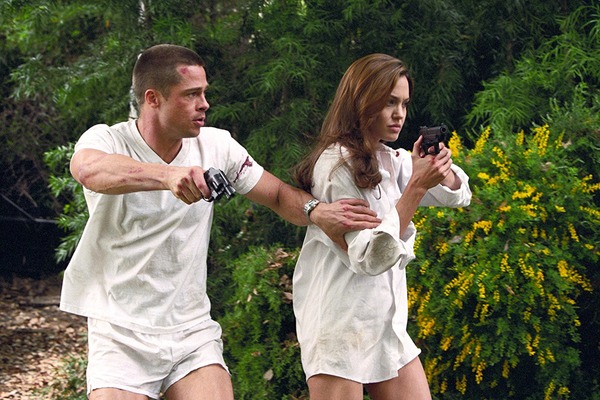 After that he married Angelina – and divorced her too, gave a birth to three kids and adopted three kids. Brad Pitt went his own pass. No doubt, he was Jen’s disaster. But she decided to forgive him and move forward. 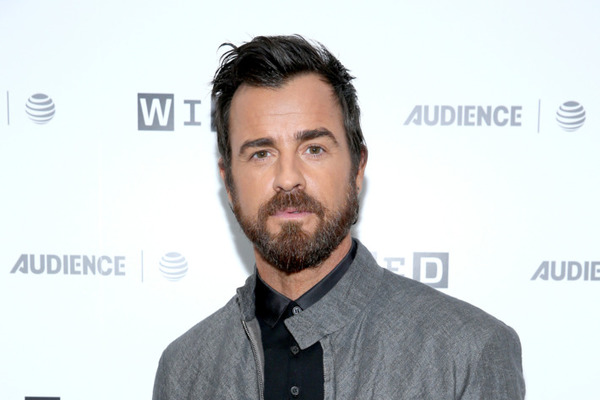 During many years Jennifer Aniston was not married. Of course, she had numerous love affairs – with Vince Vaughn, John Mayer and Gerard Butler. But she was not ready to make her romance – with each of these great men – too important for her. Probably, she didn’t want to be hurt again.

Jen threw herself into her roles, spent long hours in beauty salons and gyms. She achieved everything she dreamed about – she was popular, looked twenty years younger of her biological age and got multi-zero paychecks. But after her separation with Brad Pitt she lost something more important – probably, that her sunny smile and crystal laughter, which made people around her a little happier.

She didn’t hope to get married again, but everything had changed, when she met him. 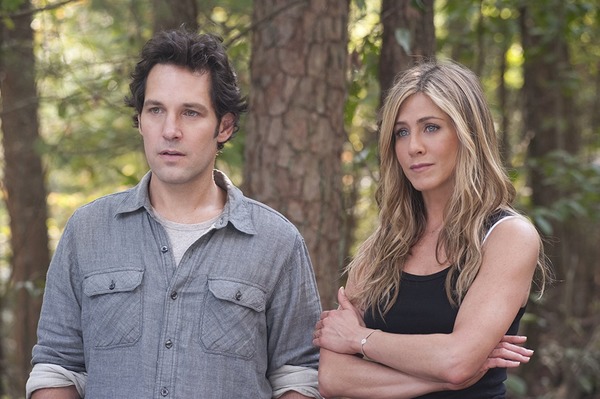 In 2011 Jennifer Aniston was cast as Linda in David Wain comedy “Wanderlust”. She liked the idea to act in the movie – funny and light, like Jennifer herself. In addition, her partner – the main male hero – was Paul Rudd. She has already worked with Paul – he portrayed Phoebe’s husband in “Friends” – and was happy to meet him again.

One of supportive heroes – Seth – was portrayed by Justin Theroux.

Of course, Justin has already reached a certain level of popularity – he acted in the series “Spin City” and “Sex and the City”, played in big screen films “Mulholland Dr.” and “Zoolander’, but Jennifer didn’t know a lot about him. That’s why she was very surprised, when she heard from David Wain, “I beg you, don’t eat chicken sandwiches, when Justin Theroux is nearby. He is a vegetarian!” 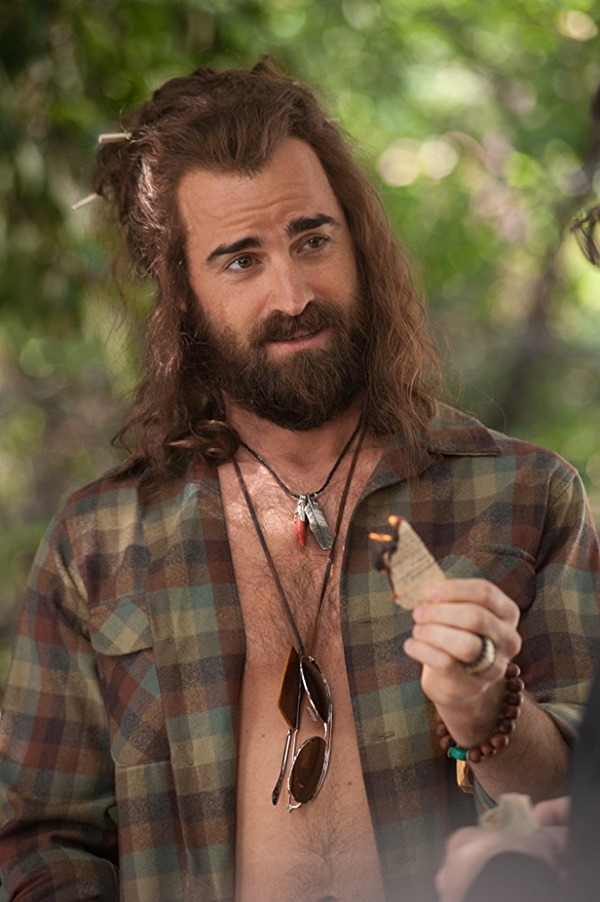 That sounded so ridiculous, that Jennifer laughed. She was the main star of the project – and everyone knew it. She was not going to listen to a supportive actor, whose name she hadn’t heard before.

But when she finally saw him, he impressed Jen even more than Pitt at the moment of their first meeting. He was tall, very fit and had big brown eyes, which made her heart melting.

They started dating immediately – and soon all her colleagues, whom she met at a film set, knew about their affair. 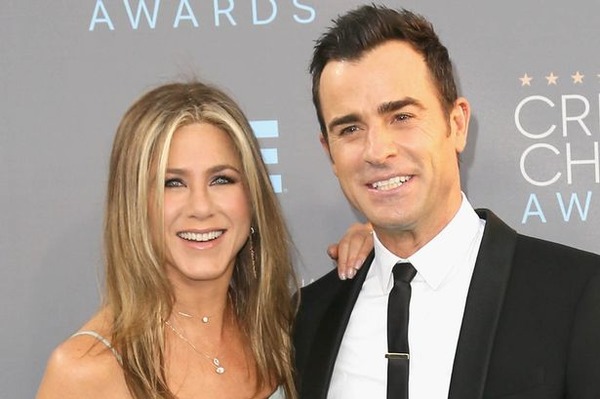 But Jen didn’t care. She liked him – and was happy to know him a little closer.

Justin Theroux is two years younger than Jen (he was born on August10, 1971). He spent his childhood in Washington, DC, in a typical American family. His father was an attorney and his mother served as a journalist.

He debuted like any other entertainer – as the occasional actor in various TV series, such as “New York Undercover”, “Central Park West” and “I Shot Andy Warhol”. 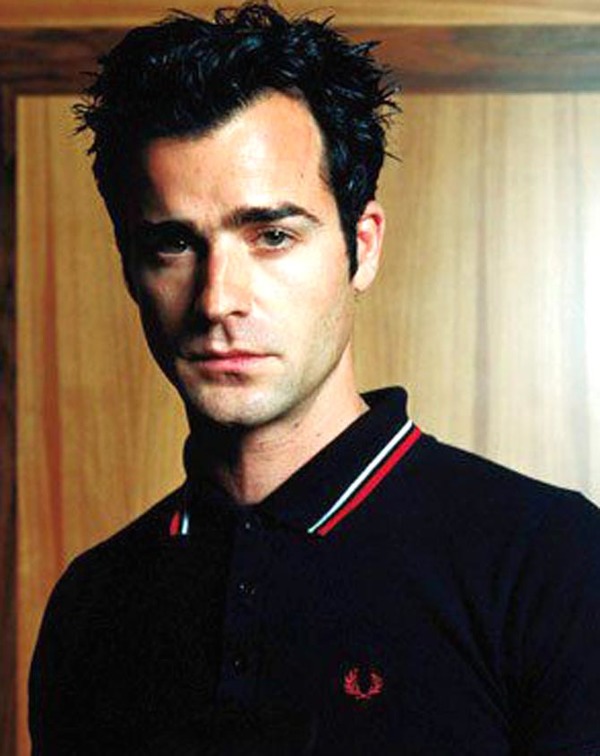 Alongside career of an actor, Theroux developed his skills of a screenwriter – he co-wrote the script for “Zoolander 2” and “Tropic Thunder”.

Soon news about Jen and Justin relationship appeared in press. The couple moved together and was preparing for a wedding. That period was happy and sad at the same time for Justin. Very often he noticed that people blamed him for having weird intentions as for Jen. 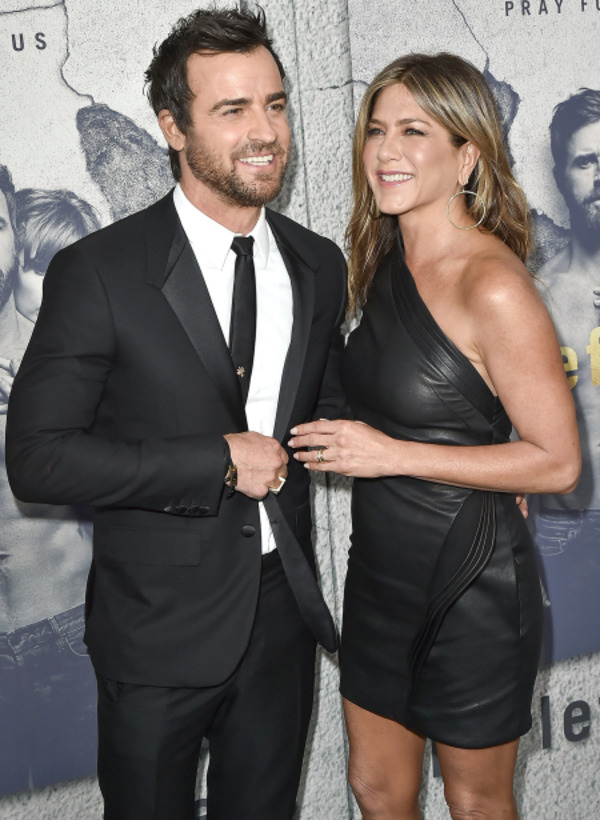 Even Brad Pitt told in one of his interviews, that “Justin uses Jen to revive his career”.
Aniston and Theroux tried not to pay attention to these words. In August, 2015 they got married.

From that moment Justin and Jennifer are enjoying their beautiful sincere love. Very often people talk about their “problems” or “divorce”, but they don’t listen. 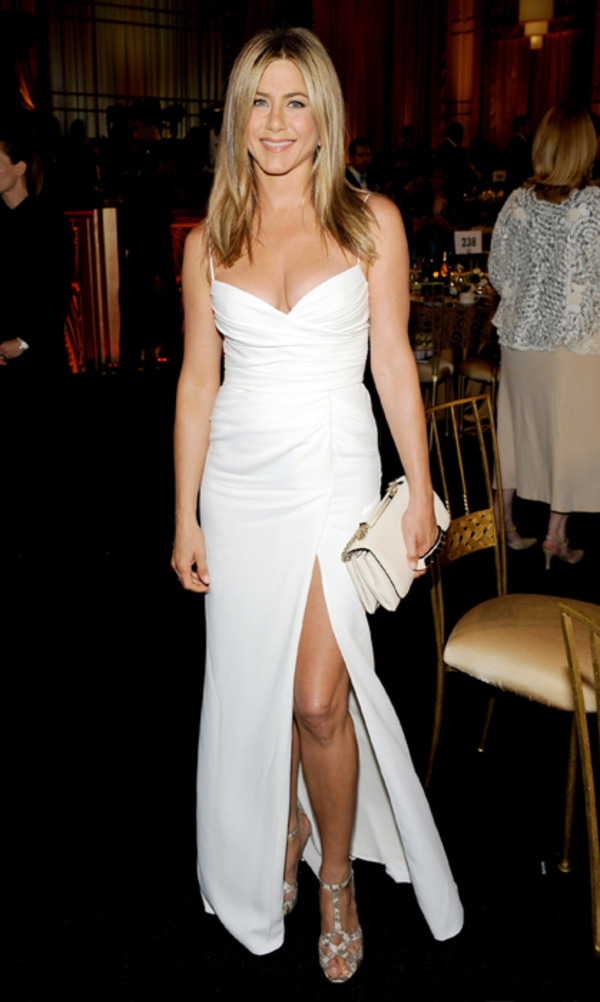 The couple has a busy schedule – Jennifer Aniston appeared in “Office Christmas Party” and “The Yellow Birds”, Justin Theroux starred in “The Girl on the Train” and “Star Wars: Episode VIII – The Last Jedi”. But busy schedule doesn’t influence their marriage at all – in any case they stay in love with each other! Finally Jennifer Aniston found a man, who brought her happiness! 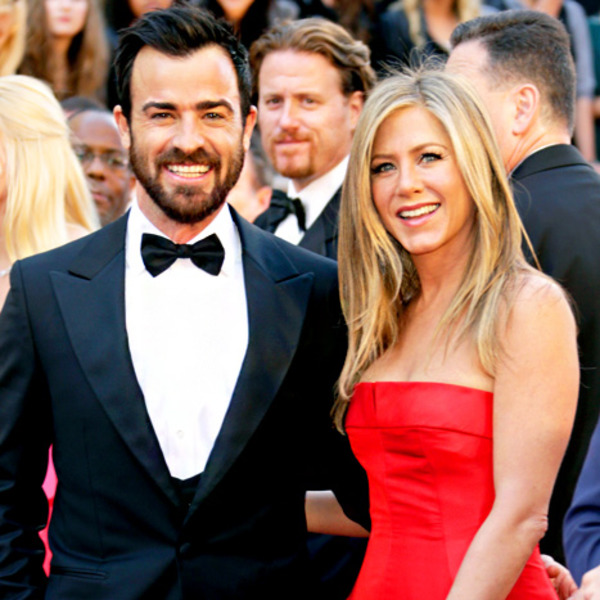