How Much is Jesse James Worth?

Jesse James is a famous motorcycle maker, entrepreneur and reality TV actor, who has saved $100 million net worth.

Jesse James is one of the few owners of repair shops, who managed to become unbelievably rich. His net worth became only bigger, when he had made a transition into reality TV.

He started to accumulate his wealth at a very young age. Being 28-year-old boy, Jesse opened “West Coast Choppers” in his mother’s old garage. He liked his job and worked wholeheartedly. That made Jesse James popular among motorcycle owners. Soon he had lots of clients, and his earnings reached the top. 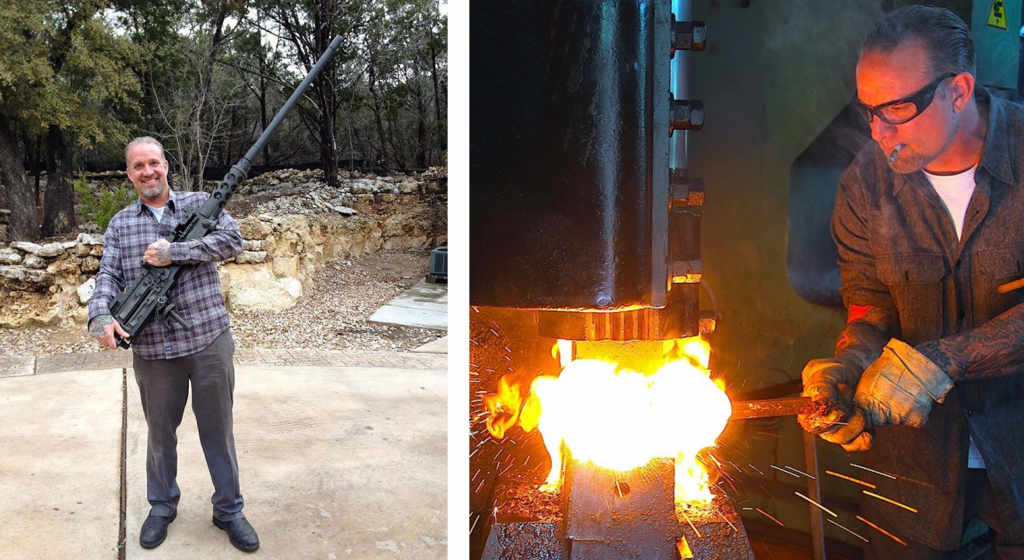 James income has become much bigger, when he started appearing on TV. In early 2000s Jesse appeared in the TV program “Motorcycle Mania”, where he shared his success story. The program was watched by millions of viewers, and after that Jesse got an offer he couldn’t refuse. Discovery Channel offered James to make a TV show “Monster Garage”. Within the framework of the show Jesse and his co-workers restored and remade the cars within a short period.

In 2009 Jesse James scored off the charts with his show “Jesse James Is a Dead Man”, where he was an actor and executive producer at the same time. Jesse demonstrated motorcycle stunts, some of which could become tragic for him. The dangerous show augmented the actor’s wealth.

In addition to his activity of a reality TV actor and job of West Coast Choppers CEO (till its closing in 2010), Jesse has an additional source of wealth. He is the owner of a restaurant “Cisco Burger”, which is situated near his repair shop.

With so many lucrative activities, Jesse James earned multi-million net worth. But how did he start his way on top?

Jesse Gregory James was born in 1969 in the family of antiques dealer Larry James and his wife Carol.

Jesse’s parents divorced, when he was a kid, and the boy was raised by a father. Later Jesse opened up, that his father hurt him emotionally and physically.

James lived not far from LA. He was educated at La Sierra High School. The boy was not interested in studying, and he spent the most part of his time, watching the workers at Harley-Davidson repair shop, which was situated in the opposite of Jesse’s father store.

Jesse James liked all kinds of cars he could find – he rode his small bike, played with toy cars and trucks.

After school Jesse entered Riverside Community College. There he played football for the college team and dreamed to become a professional soccer player one day, but the injury put an end to his dreams. The young man dropped out studying and playing football.

Having tried a number of odd jobs, Jesse James finally found the work at Ron Simms motorcycle shop. He studied from Ron, and in 1992 felt, that he was ready to open his own workshop. Thus, he created “West Coast Choppers”.

Jesse James is known to boys worldwide as the motorcycle manufacturer. But girls know him as the ex-husband of gorgeous Sandra Bullock, whom he cheated. Currently Jesse James is married to Alexis DeJoria, a drag racer. The couple lives in a luxurious mansion.

Working on the cars and motorcycles is not an easy thing, that’s why Jesse James needs some personal paradise, where he can relax and recharge his batteries. That’s why he spent $2 million for a new home in Texas. The TV star residence boasts with a deep swimming pool, a spacious kitchen, a cozy living-room, 7 bedrooms and 7 bathrooms.

On the territory around the house there’s a beautiful garden, a workshop and a roomy garage. There Jesse James keeps his cars.

No need to say that Jesse James is a big car fan, and he has several luxurious fast vehicles at home. The car enthusiast drives from time to time Jaguar XK-R. He also has Ford Raptor and Ford GT in his garage.

Stunning Ford GT is one of his favorite vehicles. The two-seat sports car is the best choice for a celebrity, who likes to drive at a high speed.