Home > Celebrity Family > Johnny Depp kids: Their dad’s reason to learn and a reason to care

Johnny Depp kids: Their dad’s reason to learn and a reason to care 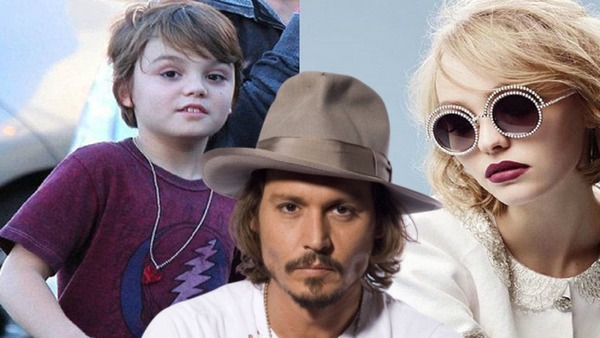 If you have kids, then you know that the day, when you have learnt, that you are going to become a parent, shares your life into two parts: before and after. It is hard to say in advance, what part will be better. To some parents kids bring lots of joy, to others – lots of extra anxiety. 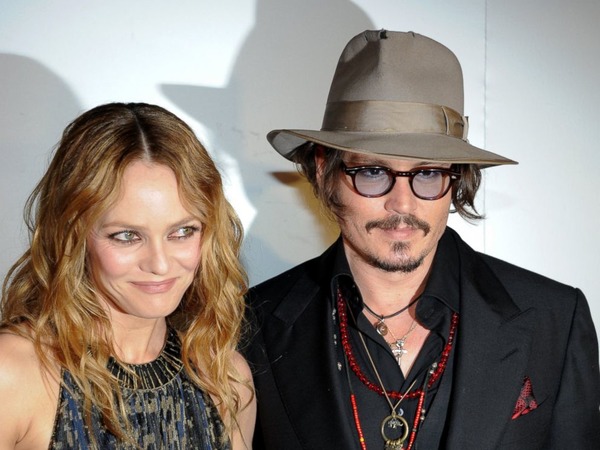 Celebrities are just like other people. They become parents one day, and it changes everything. Johnny Depp has become a father for the first time at the age of 36. Then he and his loved one – a French actress and model Vanessa Paradis – welcomed a daughter Lily-Rose Depp. Three years later they became the parents of a cute boy, which was named after his father – John Christopher Depp III.

After that Depp gave numerous interviews, when he expressed his delight of being a father. In 2003 he stated, that his kids “are his reason to learn and to care”.

Not each male movie star can boast with the fact, that he has become a perfect father. But Johnny, who earlier impressed the public with exotic vagaries, turned into a loving and careful dad. 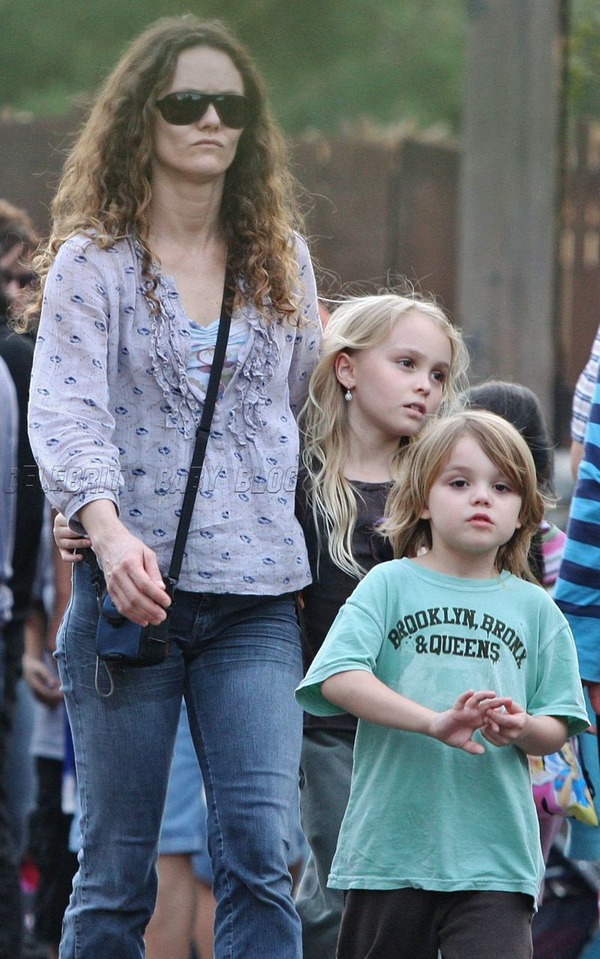 Now his kids are in their teens. They became the most faithful fans and the best support for their father. When Depp was involved into a dirty scandal with his ex-wife Amber Heard, who accused Johnny in domestic violence, his daughter Lily posted a sweet picture with her father in social network and wrote, that Pirate the Caribbean star “was so loving dad”. By the way, both of Depp’s kids didn’t like Amber and avoided her.

For now, when Johnny Depp has celebrated his 54th birthday, his kids grew up. And each of them is worth to know about. 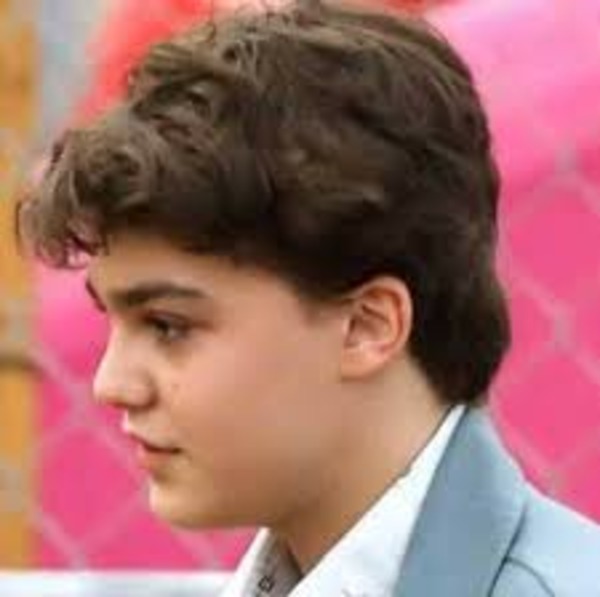 The legendary star Johnny Depp is proud of the fact, that he is a father of two great children. He told, that the day, when he welcomed his son, “gave him a sense of perspective”. Till now that warm day – the 9th of April, 2002 – occupies the special place in Depp’s memory.

The cute little boy was born in a French hospital in the city of Neuilly-sur-Seine, where his famous mother Vanessa Paradis still lives. The baby boy looked exactly like his stellar father. Johnny, who previously hated the idea to have children, changed his mind, when he met “his girl” Vanessa Paradis.

Two parents tried to give small Johnny luxurious, but calm life. That’s why the boy rarely appeared in the limelight. 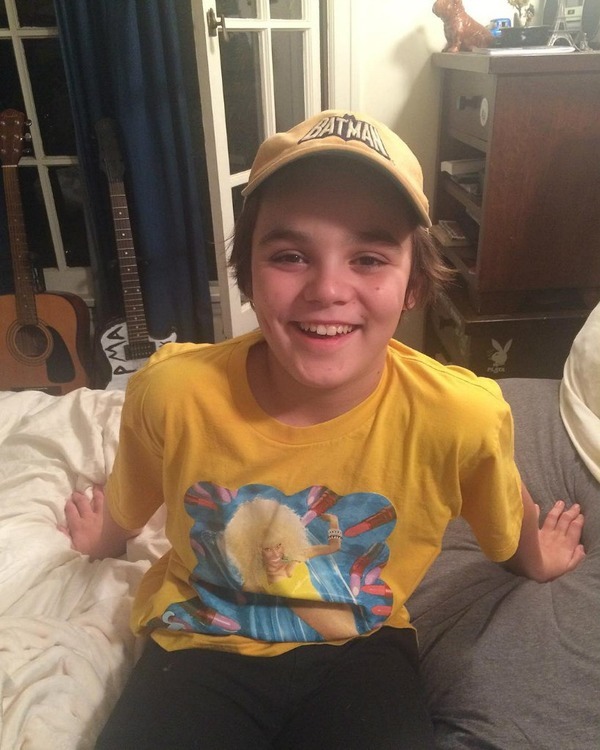 At the same time he seems not to be interested public life. Johnny Depp’s son didn’t feature in popular magazines or TV shows. He didn’t give interviews and didn’t share his plans for future. 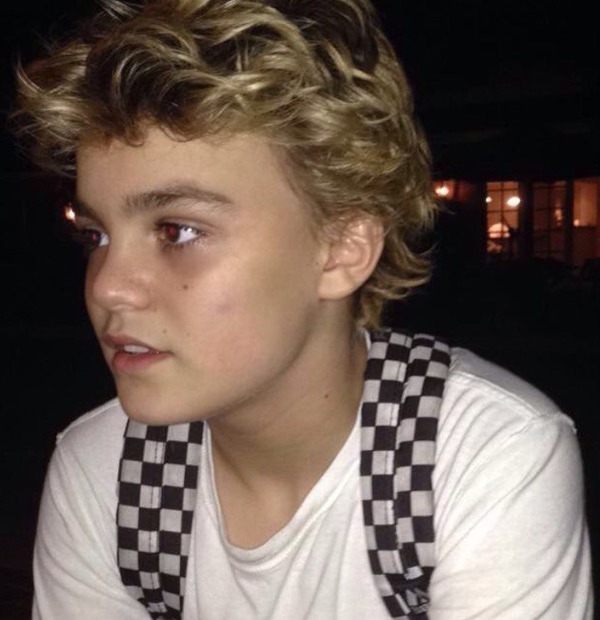 Nevertheless in 2016 he played a small part in the movie “Yoga Hosers”, where acted both of his parents and a sister. The boy appeared in credits as Jack Depp. Probably, that first experience will become the start of a successful career of an actor.

But behind a film set, Jack Depp lives the life of a normal teenager. He shares his time between studying and hobbies. According to Johnny Depp words, his son is a creative person. He is a good actor, artist and musician. The boy plays the guitar and drums.

Unlike Jack Depp, his elder sister didn’t hesitate, what career to choose. Currently Lily-Rose Depp is absolutely busy with her acting and modeling gigs. 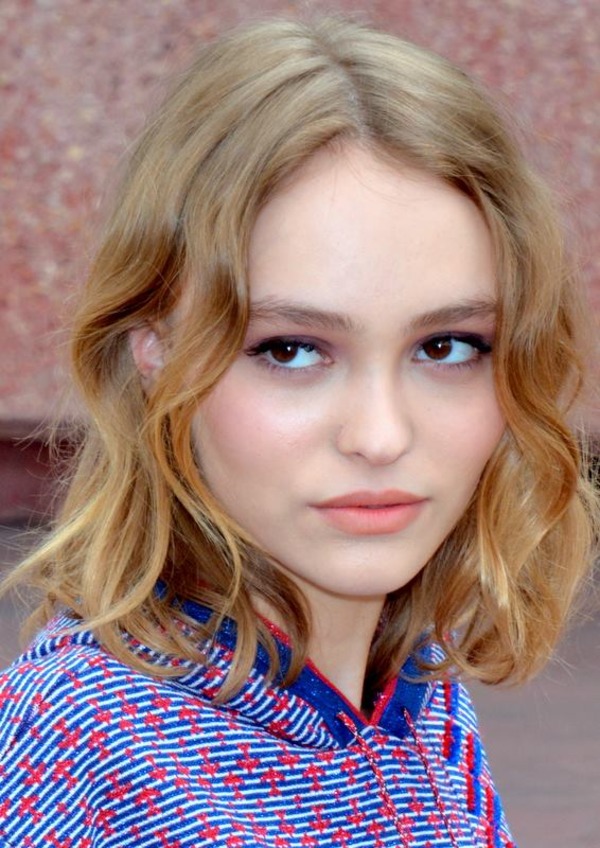 Johnny Depp was involved into numerous love affairs during his years in the limelight. He was romantically linked to the actresses Jennifer Grey and Winona Ryder, to the model Kate Moss and make-up artist Lori Anne Allison. Not long ago he married a hot blonde Amber Heard and their scandalous divorce was discussed in press in detail.

But in spite of numerous Johnny Depp love affairs, the main woman in his life has always been his beautiful daughter Lily-Rose. 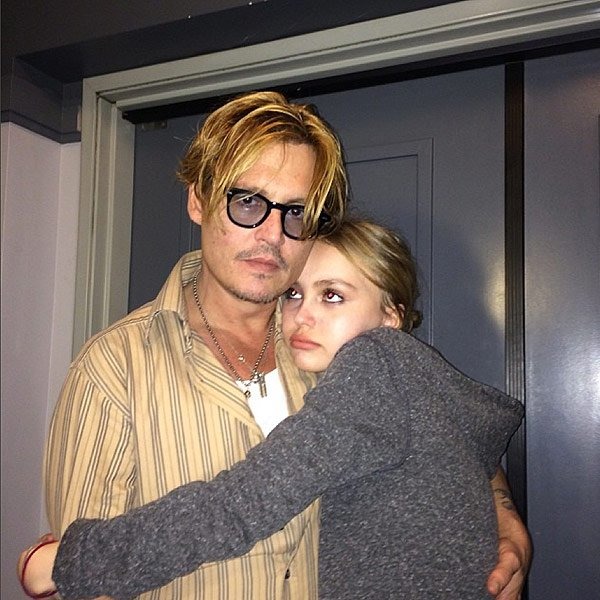 The girl, who is 18 now, has the features of both her parents – Johnny and Vanessa. She has her mother’s French charm and her father’s American self-confidence.

Lily-Rose Melody Depp was born on the 27th of May, 1999 in Paris, France. Then Johnny felt incredibly sentimental – he has become a father. “I felt brand-new and stopped hating myself”, he told during an interview. 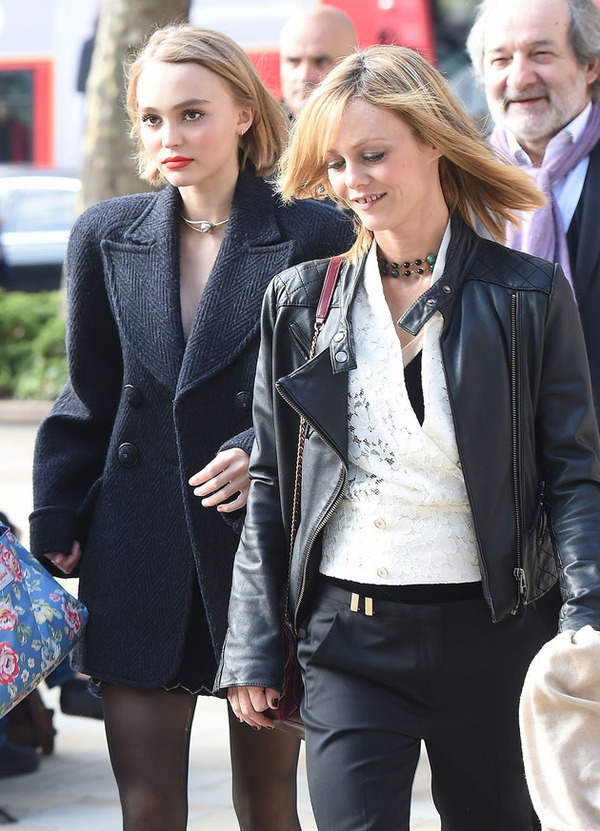 The girl was incredibly cute since her earliest years. She liked both, her father and mother, that’s why she felt so upset after their split in 2012.

Now Lily shares her time between her mothers’s home in France and father’s – in LA. She studied at a prestigious school in LA and her teachers characterized the girl as a brilliant pupil and kindhearted person. 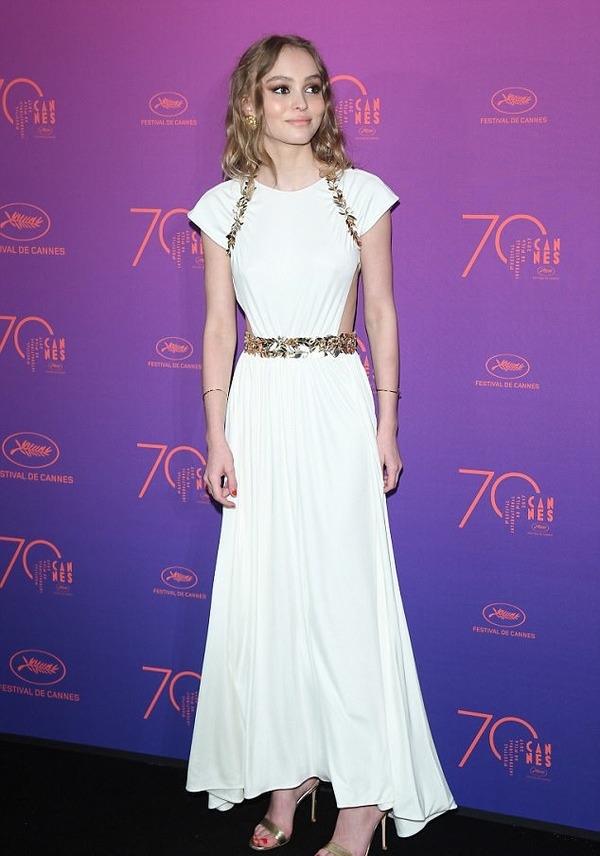 Alongside studying, Lily found enough time in her schedule for creative activity. She sang together with her mother (her voice can be heard in Vanessa Paradis album “Bliss”). In addition Lily tried her hand as a model. The girl has ideal measurements, looks very slim and fragile. Her slim stature and open beautiful face helped her sign the advertising deal with Chanel – the brand, which earlier was endorsed by her mother. 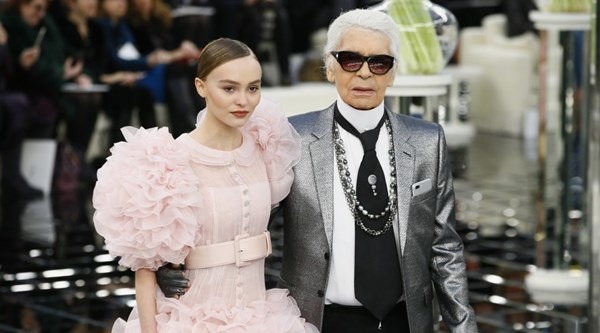 The daughter of popular Hollywood actors, Lily-Rose began to build this career too. She debuted in Kevin Smith film “Tusk” and later portrayed the leading character in “Yoga Hosers”. 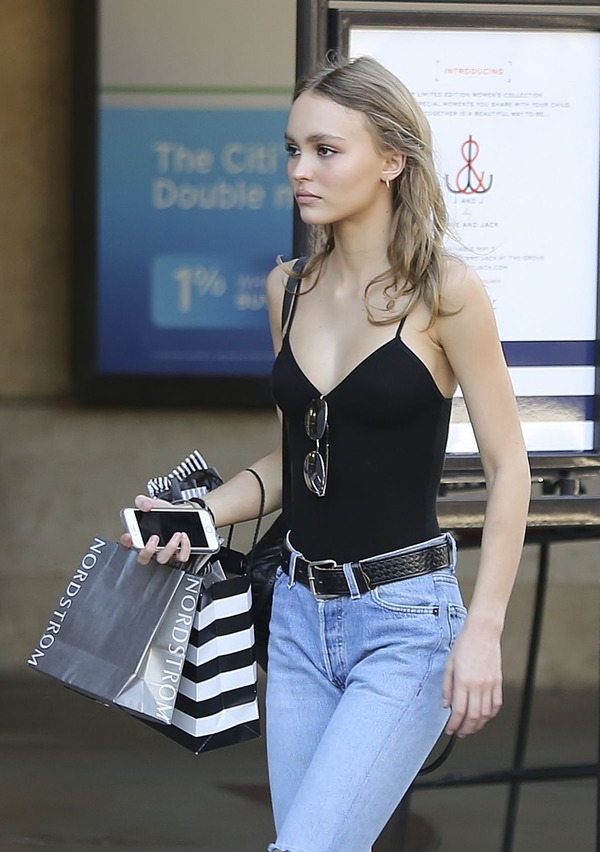 Like each beautiful young lady, Lily-Rose Depp thinks not just about moneymaking. She is completely involved into romantic relationships too. The girl has been dating a male model Ash Stymest since 2015. It is rumored, that nowadays too young people are going to move together and are looking for the house. 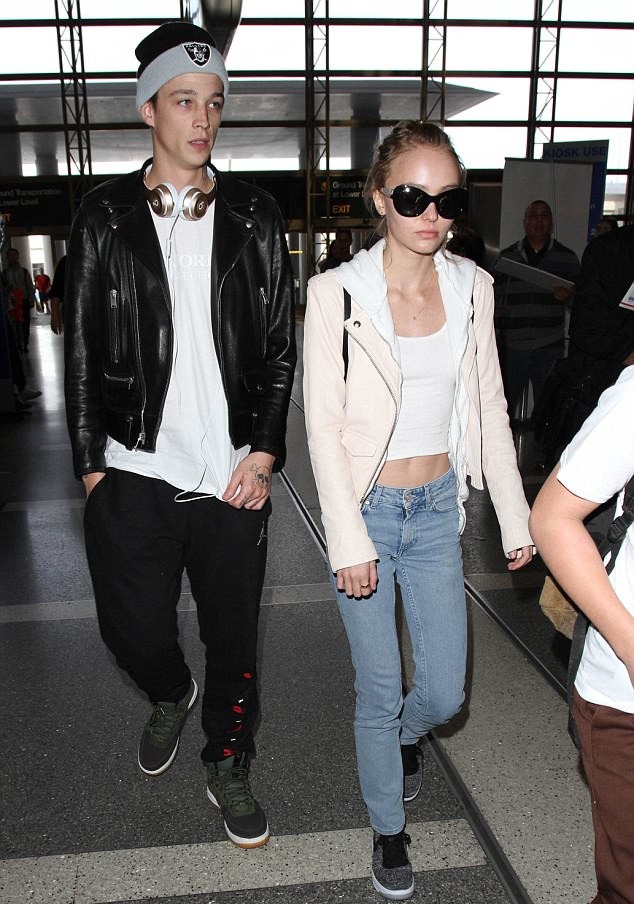 So, now the movie star Johnny Depp has one more reason to keep his eyes on his little girl. They say, Depp and Paradis don’t like the daughter’s choice because of the age gap (Ash is 7 years older than Lily-Rose) and because of his previous marriage experience (Stymest was married to a model and has a small daughter).

Johnny Depp’s Care about His Kids 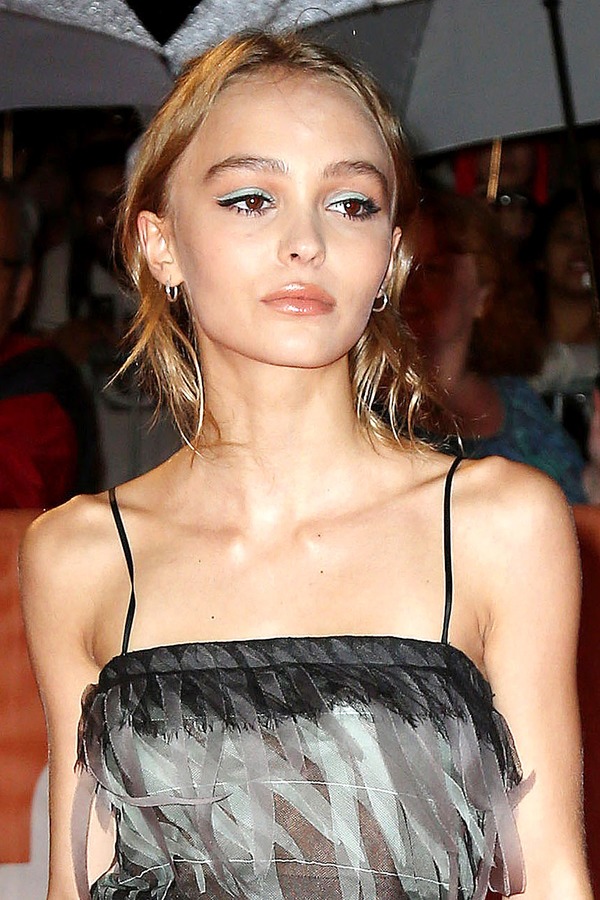 Johnny confessed that he is proud of his son, who is musically talented, and of his daughter, who “has turned into a real woman”. In spite of his status of a super star, for his kids Johnny is just a father, who desperately loves them and cares about them. 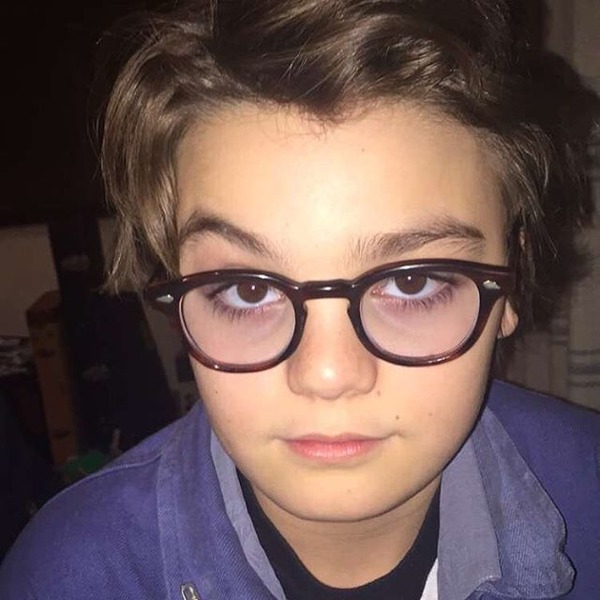 “I never knew, what happiness was till I welcomed my first child”, he opened up in one of his interviews.