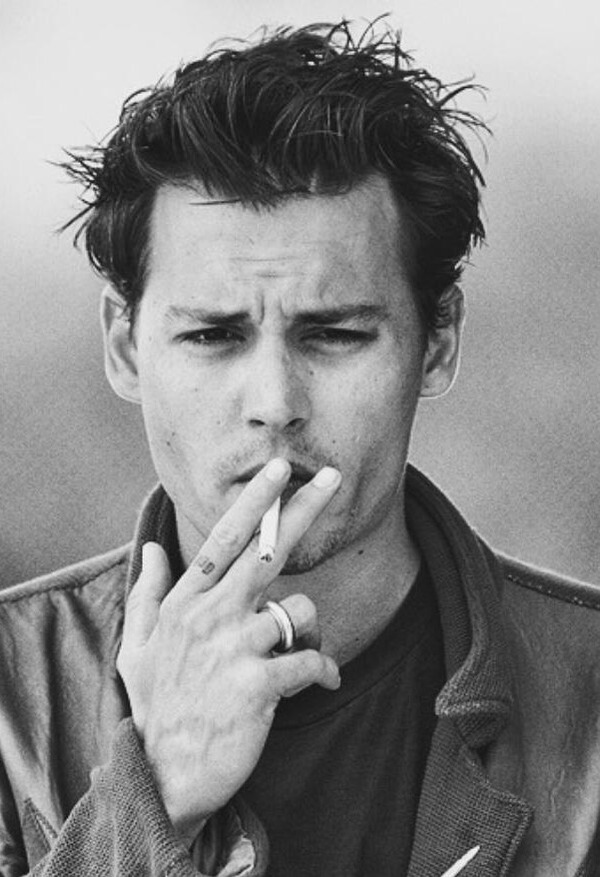 Johnny Depp is one of the most gifted actors of his generation and two-time winner of the title “The Sexiest Man Alive” – an award, given by People’s magazine.

For everyone he is known as Jack Sparrow, George Jung or Willy Wonka, but for his women he was just a boyfriend, husband or father of the kids. 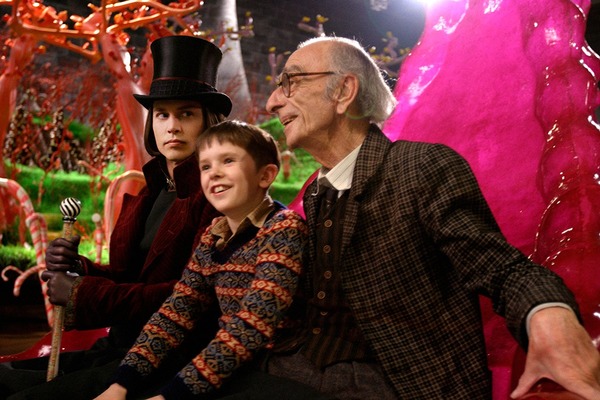 Currently Johnny Depp is 54, his net worth is one of the largest in Hollywood, and he is a father of two great kids. Nevertheless, he is single (at least, currently he has no woman, whom he can announce as his girlfriend).

The star tries his best to recover after his loud breakup with his third wife Amber Heard. Probably, it’s the best time to recall in the mind the actor’s marriages and one long-term relationship to the mother of Johnny Depp kids Vanessa Paradis.

Lori Anne Allison about her ex-husband: “He is a soft person!” 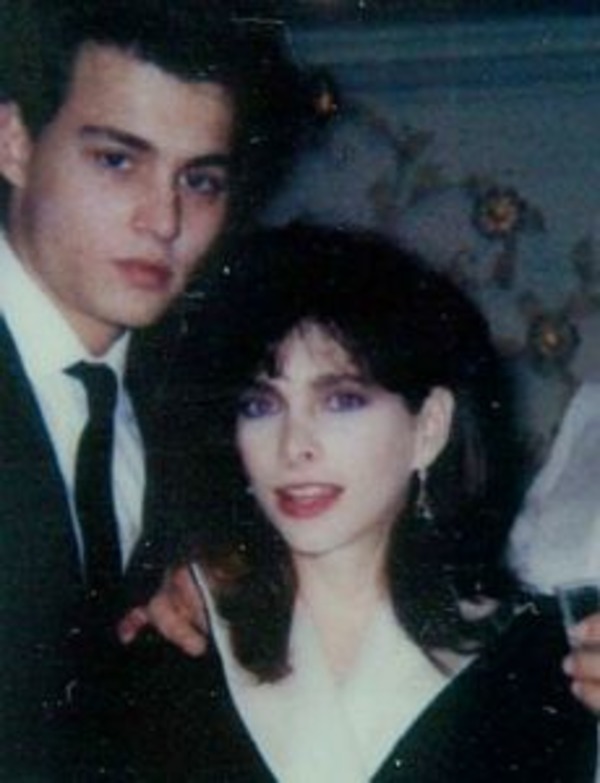 This Johnny Depp love story is the vaguest in his biography. He met Lori Anne Allison, a fragile brunette, in early 1980s, when he was just starting his career. Then Depp was a young musician, who smoked a lot and had numerous love affairs – Johnny used his charisma to court the girls and they liked him back.

Lori earned her living as a makeup artist, so she worked with actors and musicians. Thus she met a bright boy Johnny Depp, who was 5 years younger than her. 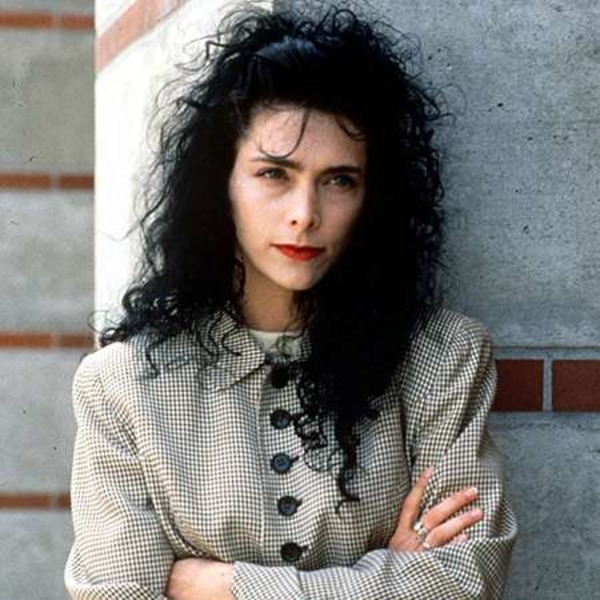 They wedded in 1983, when Johnny Depp was just 20. It was Lori, who introduced Depp to another ambitious young entertainer Nicolas Cage. Nicolas convinced Johnny to turn his face from music to acting. Thus in 1984 Depp starred in his first movie “A Nightmare on Elm Street”. 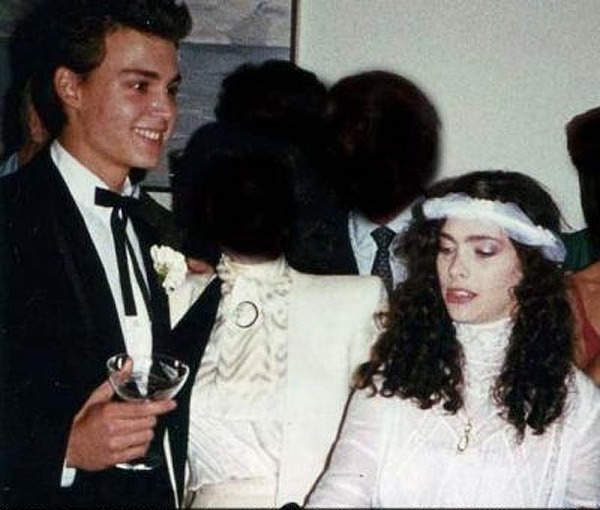 Allison-Depp marriage ended in 1985. Later Lori told, that “they were too young” to create a stable family. But the make-up artist has no hard feelings towards Johnny Depp. She even stood by actor’s side during his public scandal with Amber Heard, who accused him in domestic violence. “He is a very soft person!” that Lori Anne Allison told about Depp in her interview. 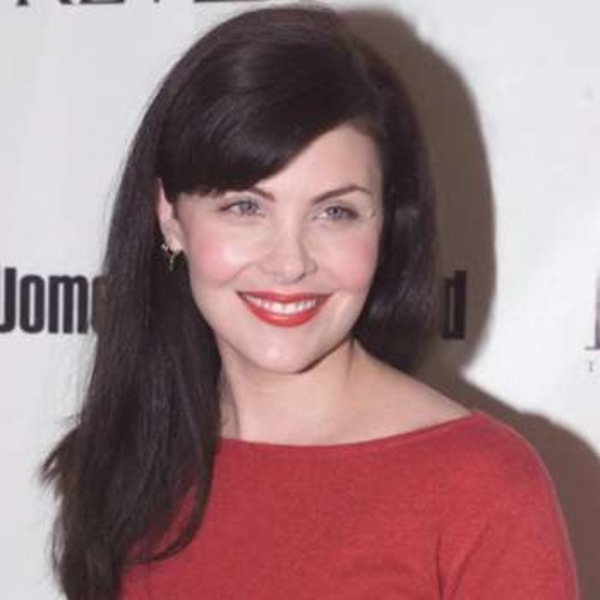 After his divorce to Lori Anne, Johnny concentrated on his career. He produced hit after hit – played in the series “21 Jump Street” and in the movies “Edward Scissorhands” and “Don Juan DeMarco”. He had a very busy schedule, nevertheless Depp had always found enough time for numerous love affairs. He dated young Winona Ryder and sex-appeal Kate Moss, as well as actresses Sherilyn Fenn and Jennifer Grey. 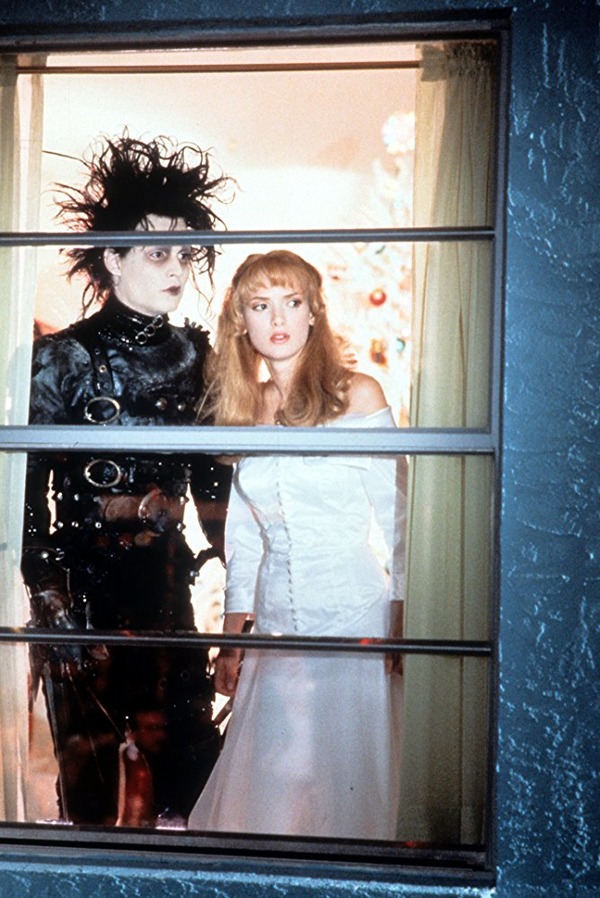 Depp was known as the main Hollywood heartthrob, who relationships had never lasted too long. His fans cried, when they saw him, but even they were sure, there was no woman, who could keep his love for a long time.

Vanessa Paradis about the father of her kids: “I felt his presence all over!” 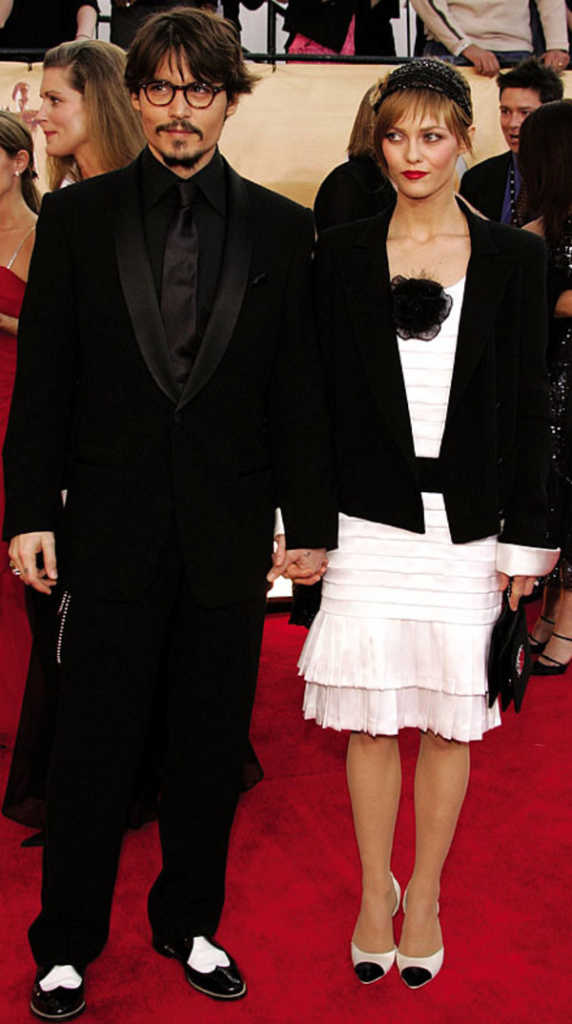 At the age of 14, supported by her uncle Didier Payne, she released her first hit “Joe le Taxi”. That song turned a talented teenager into a rising star. Three years later Vanessa tried her hand as a young actress and starred in the drama “Noce blanche” (“White Wedding”), where she portrayed a troubled teenager Mathilde Tessier, who fell in love with her teacher of Philosophy (played by Bruno Cremer). 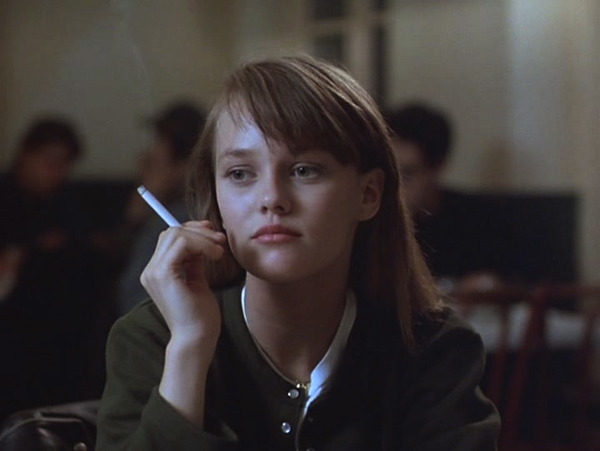 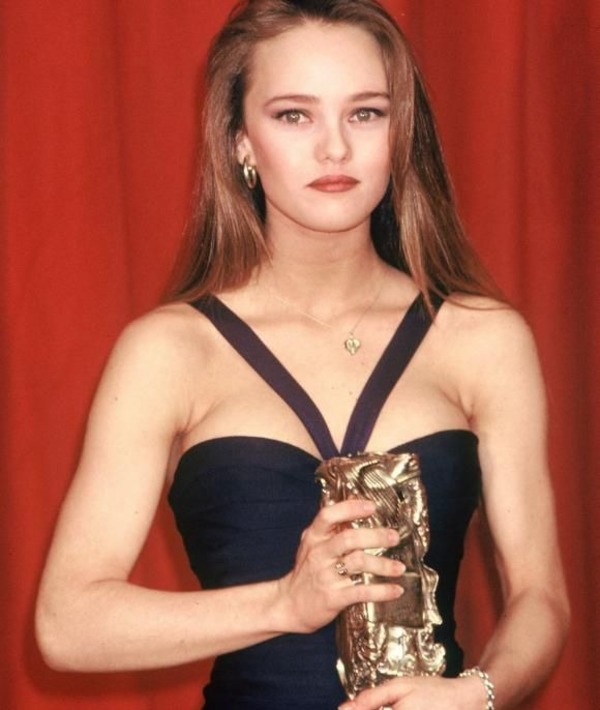 The real French lady, Vanessa couldn’t be called classically beautiful, but no doubt, she had that special charm, which could capture the heart of any man.

She continued career of a singer and combined it with love romances. The young French star started dating a popular musician Lenny Kravitz. They recorded songs together too, thus music and love have become the mainstreams of Vanessa Paradis life in early 1990s. She released three albums, including the hit disk “Vanessa Paradis”, released in 1992.

Later Paradis turned back to movie industry and participated in hit films “Élisa” opposite Gérard Depardieu and “1 chance sur 2” (“1 chance for 2”) opposite Jean-Paul Belmondo and Alain Delon.

Her career was developing rapidly, and she enjoyed her youth, beauty and popularity. She had no intention to change her lifestyle till she met Johnny Depp.

At first their ways crossed in 1994, when both were present at a party, arranged by a common friend. Then Johnny dated Kate Moss, and Vanessa was alone. She thought about Johnny Depp during long winter evenings, and was very glad to meet him again in 1998.

The Depp starred in Roman Polanski film “The Ninth Gate”. One day the film director arranged a dinner party, where Vanessa was present too. She looked perfect – a tiny fragile woman with long wavy hair and a gap-tooth smile – her trade mark. Chanel muse, Paradis saw Johnny in the opposite corner of the room. As the singer told in her interview, she “felt his presence all over her”.

They started talking, and then decided to meet one more time. Johnny Depp felt, this elegant woman was special for him. His life of a single man and a playboy was coming to an end. 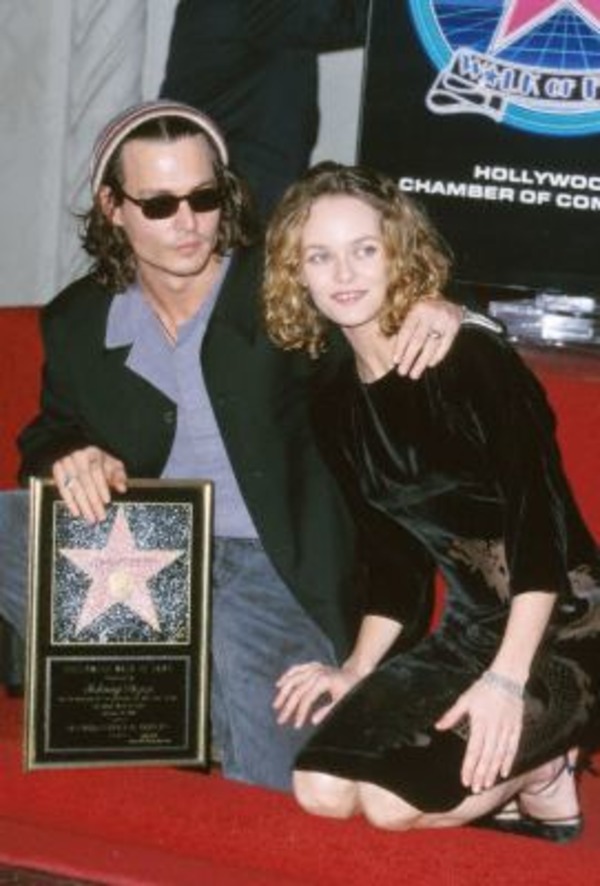 Johnny liked to spend time with Vanessa. Soon he asked her to accompany him, while he was receiving a star at Hollywood Walk of Fame. They were photographed together, and from that moment Depp-Paradis romance had become public.

Three months after their meeting at Polanski party Vanessa got pregnant. They moved together and spent most part of their life at Depp’s Hollywood mansion. In addition to that house, Vanessa and Johnny bought two houses in France and a private island at the Caribbean.

Paradis and Depp gave a birth to two beautiful kids, Lily-Rose Depp and Jack Depp. They seemed to be really happy – they fit each other so much! It has always been pleasant to see them at numerous red carpet events – beautiful, fashionable and smiling.

Vanessa and Johnny had never thought about wedding – they were happy without it too. “Probably, I will marry him one day, but that’s the thing I can live without too”, Vanessa told in her interview. 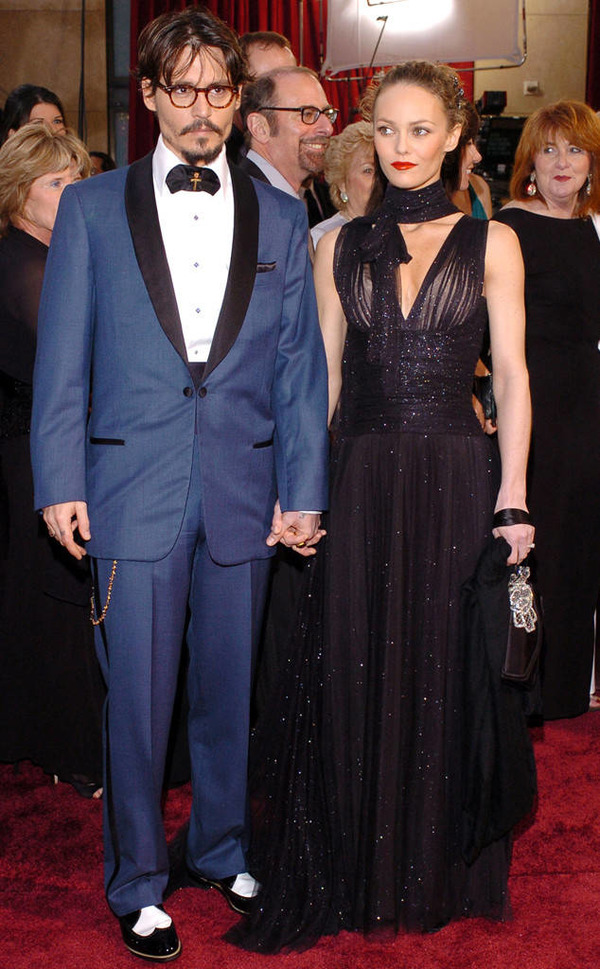 Depp, who was previously known for his rebellious behavior (he destroyed the hotel room and arranged a loud scandal with paparazzi), seemed to become completely different. He worked a lot, but had always find time for his kids and wife. Vanessa, Lily and Jack followed Johnny each time they could. They travelled a lot and enjoyed each minute of their family life.

But in 2012 it was rumored, that the couple Depp-Paradis lives separately. Then journalists followed Vanessa, but she denied everything and told that she “splits and gets married in press every single year”. 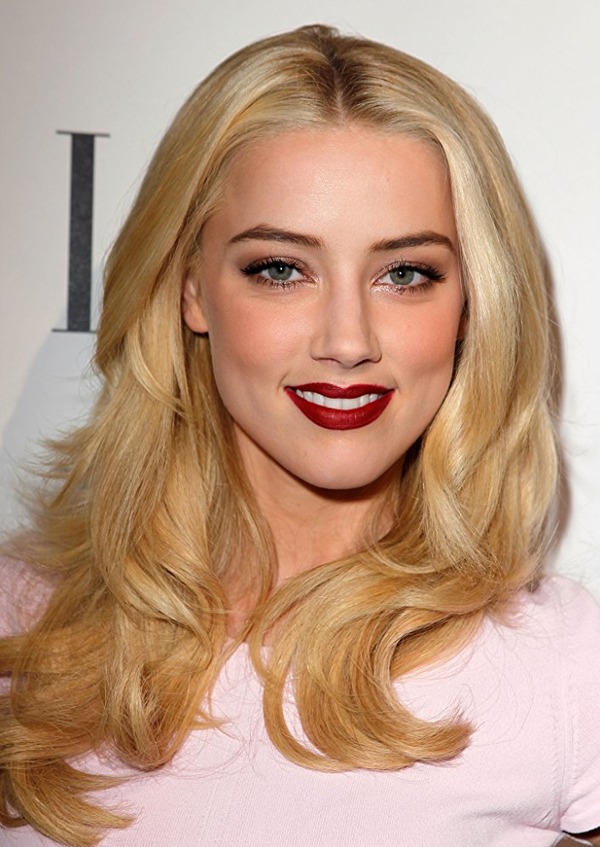 Nevertheless in June, 2012 the couple announced about the end of their love. They tried to keep it in privacy and gave no public comments. But in press the reason of Paradis-Depp separation was announced immediately. It was named Amber Heard.

Now, after Amber Heard-Johnny Depp scandalous divorce process, it is hard to believe, that there was a time, when she had named him “an incredible, incredible human!” 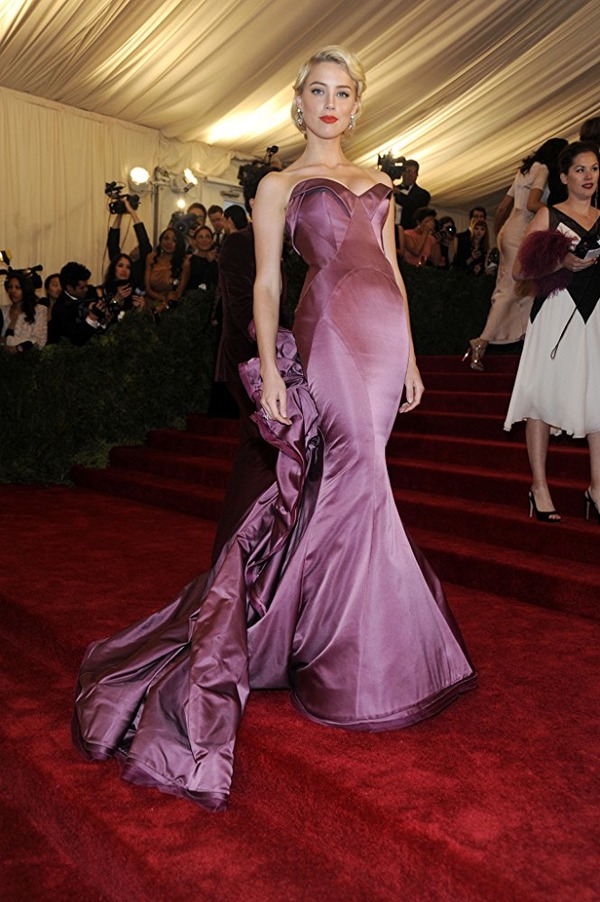 They met at a film set of “The Rum Diary” in 2009 and from that moment he lost his head. He, a famous actor, a father of two kids and loved one of Vanessa Paradis – and she, a beautiful bright blonde, a rising star and a woman with a twist. At the time of their meeting she was just 23, and he was 46. But the age gap didn’t prevent them from falling in love.

That very time Johnny Depp separated from Vanessa, he began to visit public events, holding the hand of the beautiful actress. In January, 2014 they got engaged and a year later tied a knot.

The news about Heard-Depp marriage hurt the fans of Vanessa Paradis. Johnny, who told that “the marriage certificate is just a sheet of paper and means nothing”, wedded the leggy blonde Amber so soon!

In any case, they got married at a private island at the Bahamas. They started to live together, and their life was surely full of passion – and full of conflicts too. 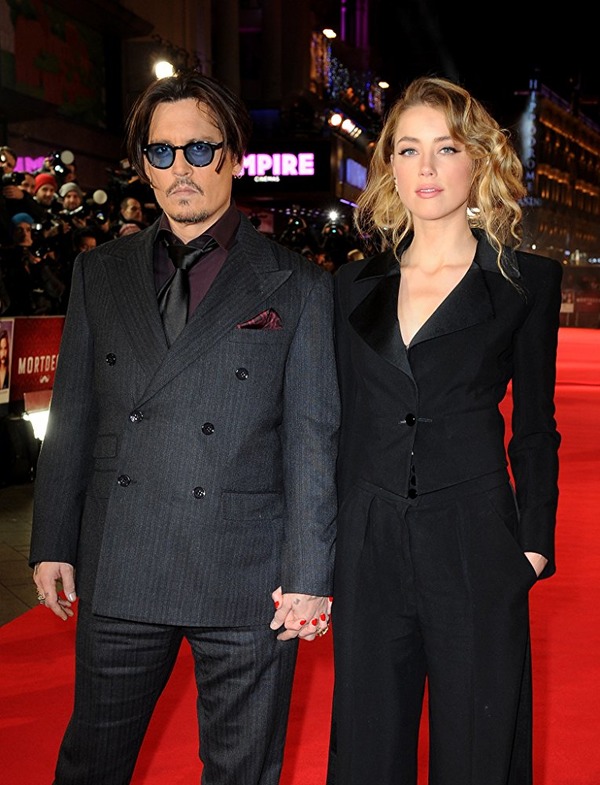 One day Amber confessed in her interview to “Marie Claire” that her family life was “hard”. At the same time Johnny injured his right hand – and although he denied it, journalists wrote, he was hurt, having kicked the wall, when he quarreled with Amber.

In May, 2016 the couple had a loud scandal, and Amber’s friend even called 911 to calm Depp down. Heard filed for divorce and accused Depp in assaulting her physically and verbally.

In August that very year Amber Heard and Johnny Depp divorced. She got $7 million from her ex one, which the woman spent for charity. 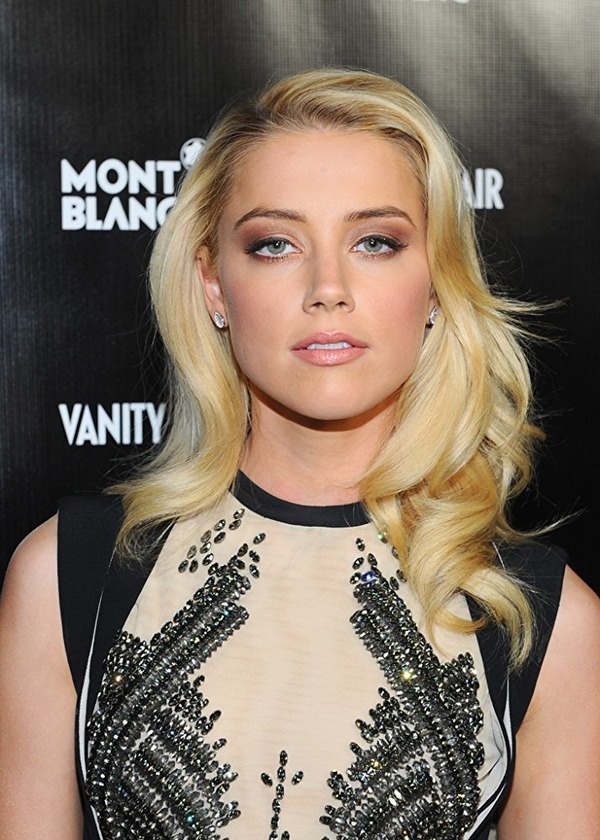 Nowadays Johnny Depp is focused on his career. But he remains a great guy, who hopefully will pursue his happiness and find it one day!