Kanye West Kids and Wife: What Does “God Vessel” Think About Family Life? 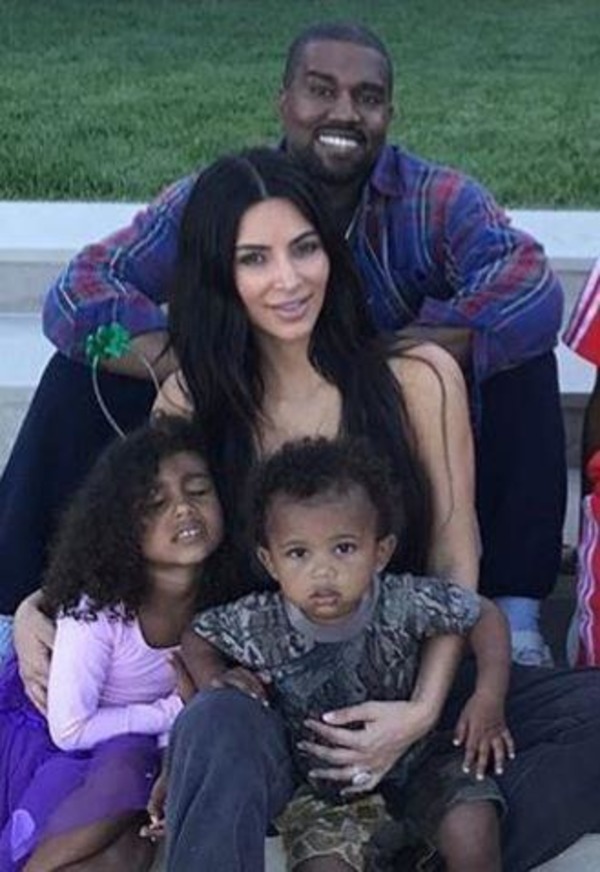 No doubt, Kanye West likes himself to death. Very often he tells that he is unique, the main human being in music etc. Once he even told about himself that he was like a vessel and God chosen him to be the connector.

So, for his fans Kanye is “a connector”, “a voice” and “Picasso of music”. But who is he for his family members? Let’s speak about Kanye West kids and his wife Kim Kardashian. 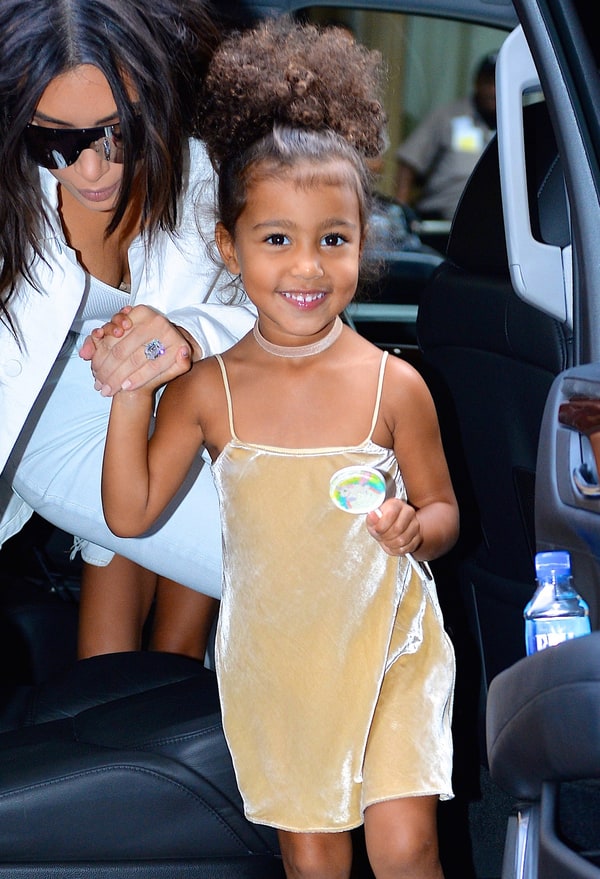 Is it possible to become a celebrity at a tender age of 2? For most of people on the planet the answer is “no”, bur for Kanye West daughter North West it’s actually, “yes!”

For now little North, who is nicknamed as “Nori” at home, is the most popular celebs’ kid on the planet. She has developed a large fan base due to her cute looks and elegant childish clothes. Although Nori has no account in any of social net works, there are a number of groups in both, FaceBook and Instagram, devoted to a little fashionista.

North West is the first kid of superstars Kanye West and Kim Kardashian. She was born a month prematurely and weighed not much – about 4 pounds.  The baby girl has seen the world for the first time at Cedars-Sinai Medical Center, which is situated in LA. She was born on June 15, 2013. 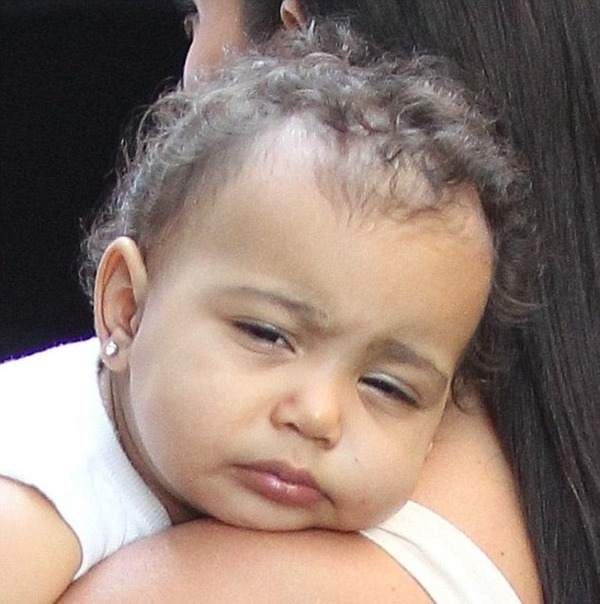 Just several hours after her birth paparazzi started hunting Nori. They followed each Kim step, when she was out with her newborn kid, and even tried to photograph her from helicopters.

When Nori turned 2, she has already become a star of a reality TV show “Keeping Up with the Kardashians”. The girl made occasional appearances on the show, and each episode with her was rated high.

Currently small Nori enjoys her childhood. She spends a lot of time with her mother Kim. And each time North looks like a small stylish icon. By the way, the kid has already attended New York Fashion Week with her stylish mother. 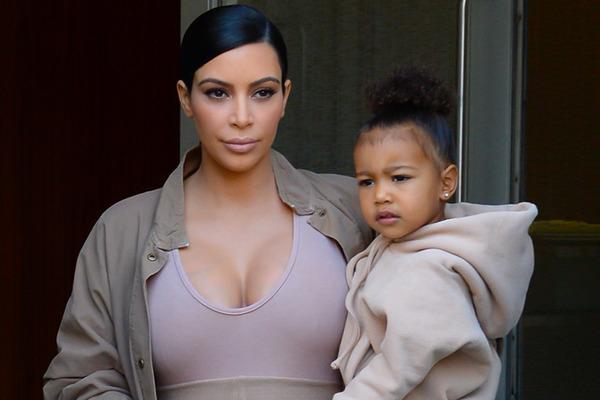 Not long ago North West gave her first glamorous interview. Kim Kardashian and her sweet daughter took part in a photosession, arranged by Interview Magazine. Then Kim dressed up like legendary Jackie O Kennedy and was photographed alongside her daughter. 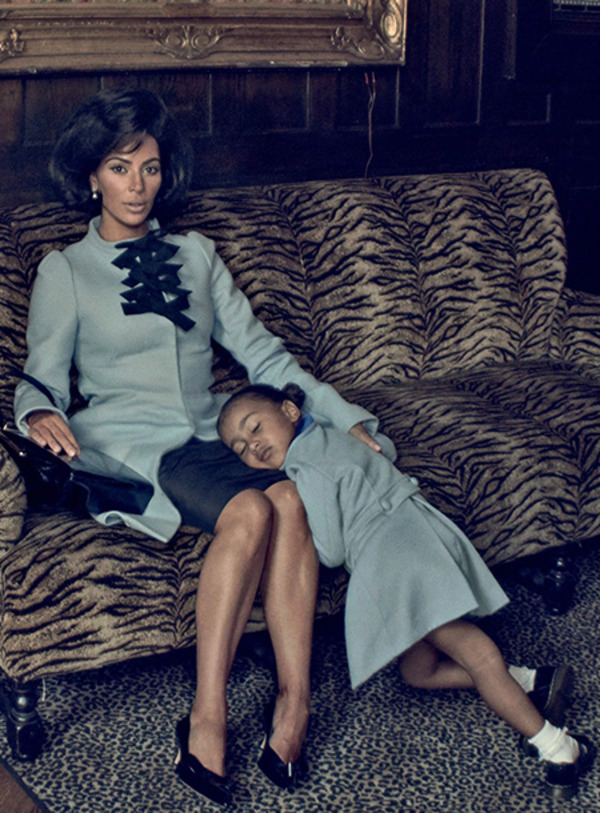 In addition to beautiful pics, Nori opened up about her tastes and childish interests. She told, that her favorite color is purple, and favorite song is performed by her father Kanye West – it’s “Amazing”. The girl’s favorite dish is pizza and a favorite person on the planet is her mom (there’s no surprise, you see). 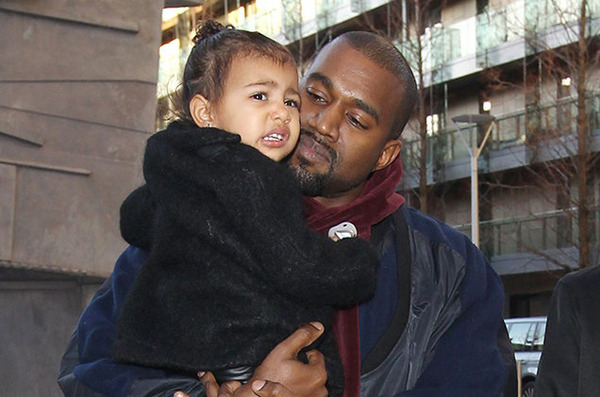 “The God Vessel” for others, Kanye West is just a father for Nori. The rapper opened up to his fans, that he and Kim conceived their daughter in Italy, where they went for vacation in October, 2012.

By the way, to the moment of Nori’s birth her parents were not married. But Kanye had already proposed Kim, and she said “Yes!”

Kanye West was really happy and proud, when he saw his baby girl for the first time. But like a real man, he hoped for a son too. 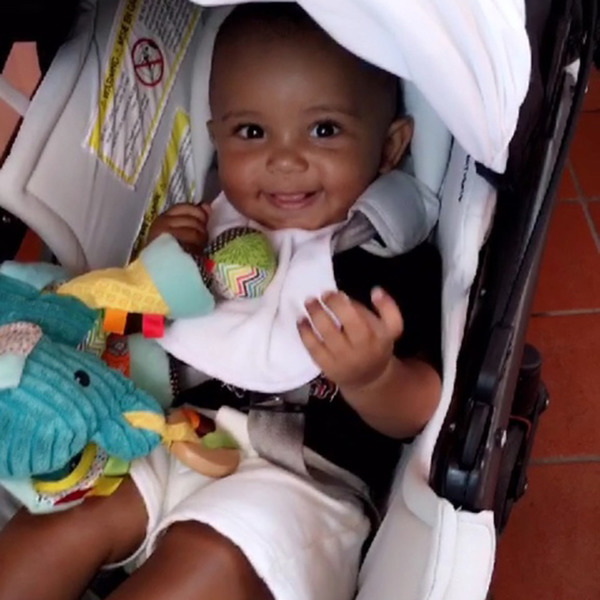 The first son and second kid of two stars Kim Kardashian and Kanye West, saint was born in the same LA hospital as his elder sister, but he weighed much more – 8 pounds or so. Happy parents speculated as for their baby name – and even joked, that they could name him “South West”. But finally they chose a pathos name “Saint”, which seems a little “too much” even for celebs.

The baby boy was born on December 5 in 2015. To the moment of his birth Kim Kardashian and Kanye West have already tied a knot officially. Their wedding was ranked as one of the most expensive celebs’ weddings in the world. 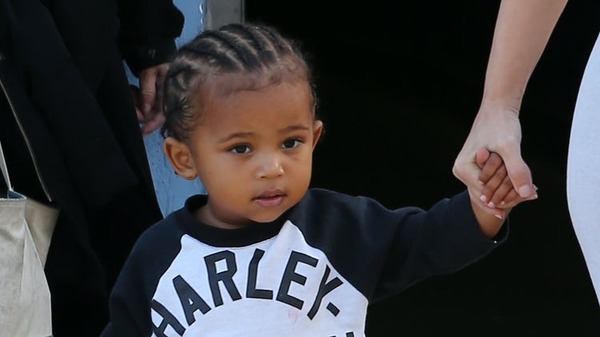 The baby delivery process was quite hard for Kim and caused some complications. That’s why Kim decided not to get pregnant anymore – she was afraid of it.

Now small Saint West has turned into a cute active 2-year-old boy, which looks exactly like his famous father. Unlike his sister Nori, Saint mostly stays out of limelight. Kim and Kanye can’t stop adoring their kids. Not long ago they welcomed a third child.

Kim Kardashian and Kanye West dreamed about a big friendly family. But after the birth of their second kid, Kim’s health has deteriorated. Having thought a little, two celebs decided to have the third kid via surrogate. 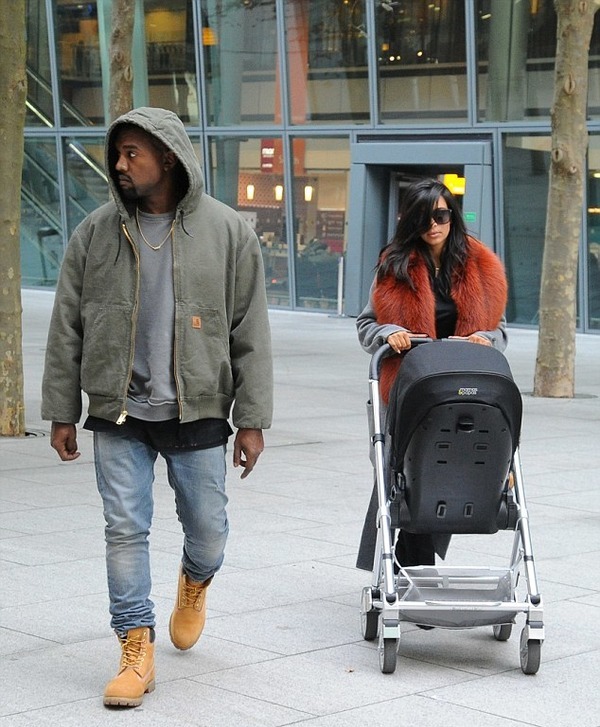 Kanye and Kim kept the name of the surrogate mother in secret and had spent about $2 million for her security. 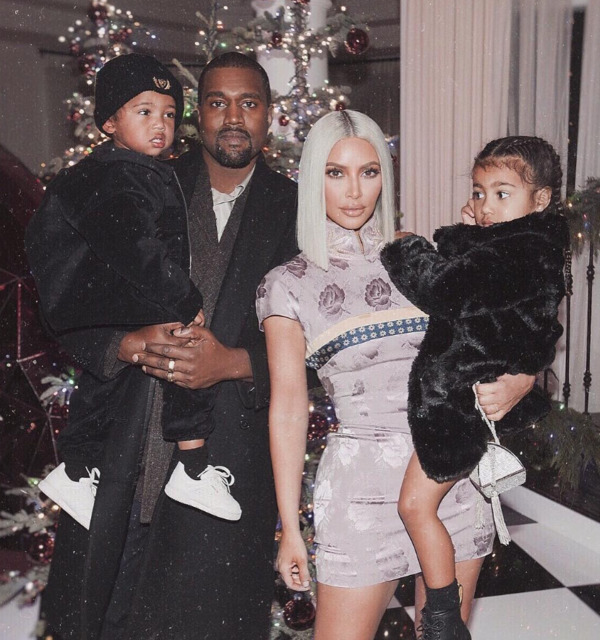 On January, 15 in 2018 Kardashian and West finally welcomed a sweet girl. The baby was born in LA and weighed more than 7 pounds at the moment of birth. For now the baby’s face is not known to the wide circle of people. But Kim and Kanye fans have already heard the name of the girl – it’s Chicago. They say the parents chose such an unusual name to pay respect to Kanye West home city.

It is impossible to speak about Kanye West children and not to tell a word about their gracious mother. Kim Kardashian has no need in introduction – she is, probably, one of the most famous women in the world. In 2004 she was the most googled female celebrity (having moved Britney Spears from this honored place). 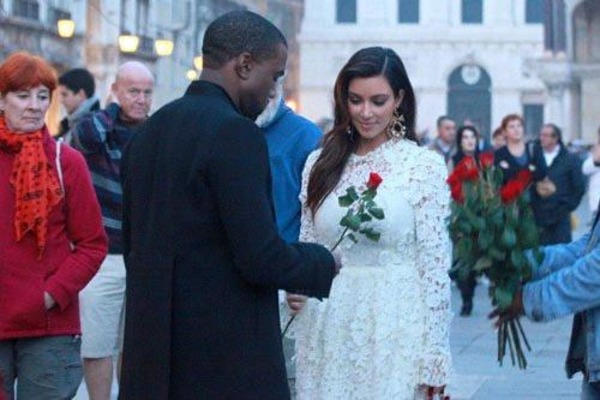 Kim Noel Kardashian was born with a silver spoon in her mouth on the 21st of October, 1980. The daughter of a famous lawyer Robert Kardashian and TV personality Kris Houghton Jenner, she grew up in a big luxurious mansion in Beverly Hills. 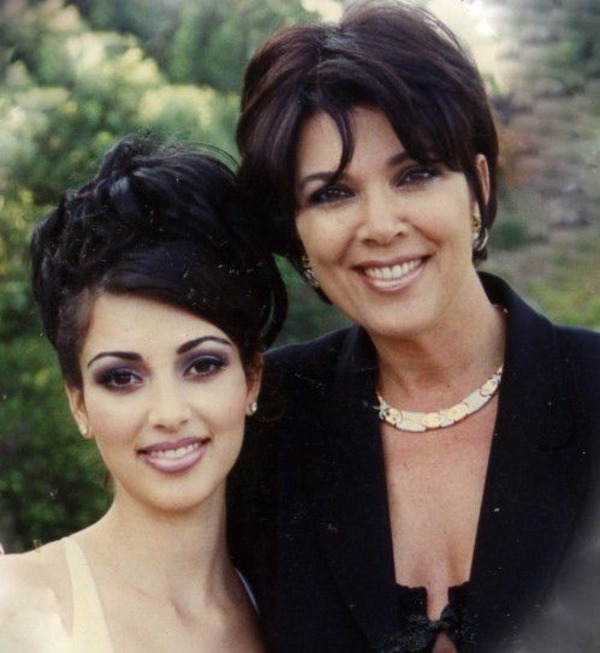 Kim Kardashian looks like a black-haired version of Pamela Anderson, and she followed Pam’s path, when starred in a scandalous sex tape, which “occasionally’ was uploaded online. 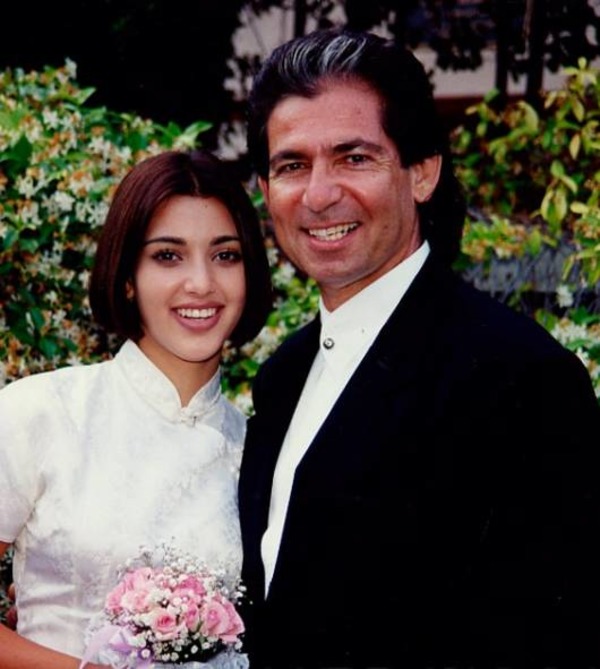 After the scandal, Kim has become a star. She developed her success with hot fashion looks and acting in the reality show “Keeping Up with the Kardashians”.

Now Kim Kardashian is known as a socialite and entrepreneur – she runs a fashion shop D-A-S-H. In addition the star has released a number of workout videos. 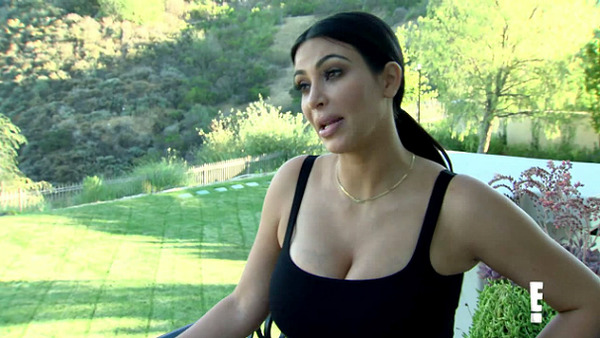 Kim Kardashian had been married twice and dated numerous times before she met the main love of her life – the rapper Kanye West. They started dating during the first months of 2012. In autumn that very year they went for a trip to Italy and created their masterpiece – a daughter North West. In December Kim shared through social media great news about her pregnancy.

Kim and Kanye got engaged and got married after the birth of their first kid in May, 2014. Now, in January, 2018, the famous couple can boast with three children and three and a half years of happy marriage. How did they do it?

Not long ago Kim Kardashian opened up in her interview to “The View” that Kanye and she are incredibly happy together and their marriage couldn’t be better. The reality TV star insists that the secret of their happy marriage is friendship. According to Kim’s words, her husband and she have always been the best friends – before their romantic relationships, during their affair and now, in their marriage. “We are a great support to each other”, tells Kim. 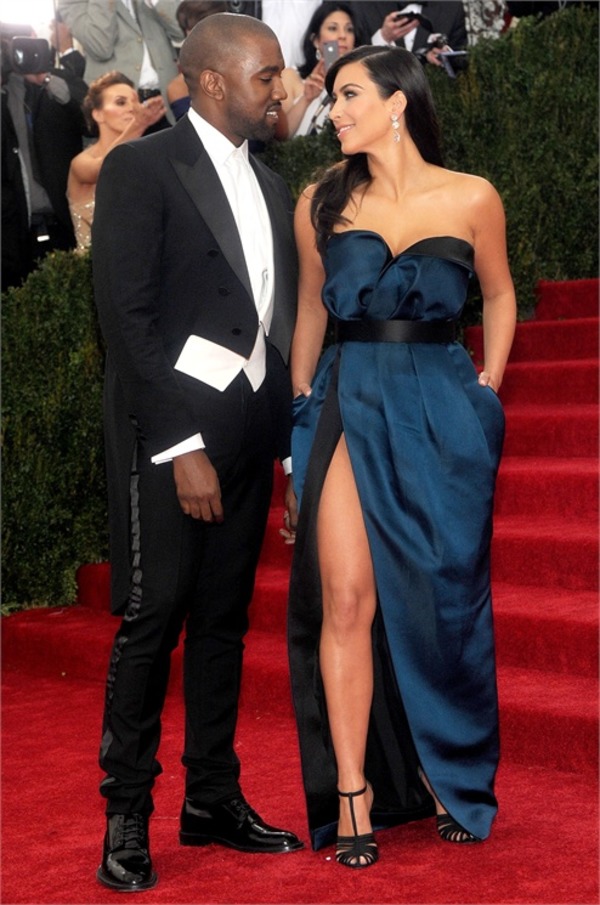 As for Kanye West, in spite of his eccentric behavior, he seems to love his wife Kim Kardashian to death. He even stopped his performance at the show in Queens, NY, when he heard that his wife was robbed and was held at a gunpoint in a hotel room during her trip to Paris. Then Kanye stopped singing and immediately left the stage, having told, that he had family problems.

The audience at The Meadows Music and Arts Festival was shocked, when they watched Kanye West leaving the stage. Later the administration announced about the end of the show (half an hour earlier than it was planned) and wished the audience to get home safely.

That’s was the real proof of Kanye’s love. By the way, the rapper considers his wife as the most beautiful woman in the world, in spite of the fact that she has been criticized in press and through social media recently. The socialite dyed her hair blonde and gained some extra kilos. In addition, she abuses the suntan – according to her fans’ comments. 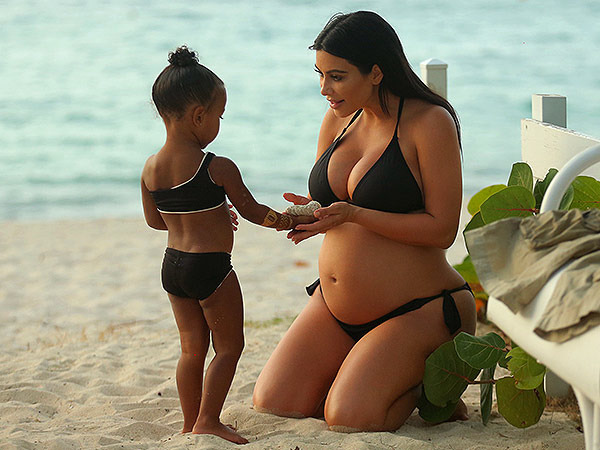 But nobody can deny that Kim Kardashian and Kanye West are one of the most romantic celebs’ couple in the world.

So, what does Kanye West think about his family life? “I am crazy from Kim and my kids”, he says. So simple and so touching, isn’t it?