Kurt Cobain Net Worth is $100 Million 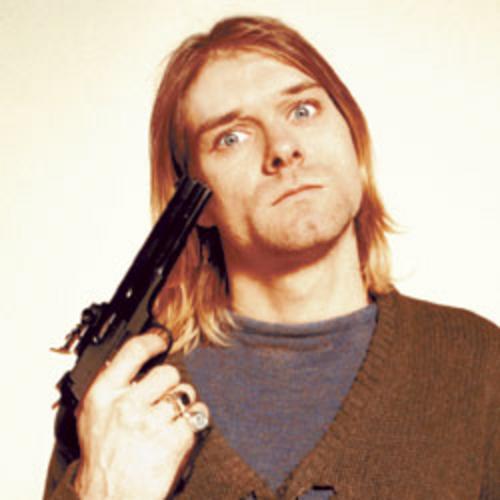 Kurt Cobain was a talented musician, who owned a net worth of $100 million. Many years have passed from his unexpected death at a very young age, but he continues making money. In 2000s his widow Courtney Love earned $50 million, when she sold 25% of rights for Nirvana songs to Primary Wave. She also got some amount for using Kurt Cobain’s music for an episode of “CSI: Miami” (information is given by Forbes).

Till now the songs with Kurt Cobain voice are sold all over the world. He earned $7,500 in 2011 (according to TheRichest).

Cobain’s earnings look impressive for ordinary people, especially if to take into consideration the fact that Kurt came from a working-class family.

The son of a waitress and mechanic, Kurt had to pass through all the troubles of a boy, who was brought up by two poor people. His child’s fragile world was destroyed after the divorce of his parents. He was 9, when his mother and sister moved to another apartment. He lived with his dad and visited his mom just at weekends. Soon his father remarried and Kurt was brought up by a classically evil stepmother, who had always taken side of her two biological children in their conflicts with Kurt.

Once Cobain left home and lived in a hospital reception room and even under the bridge. The future millionaire was poor like a church mouse and incredibly unhappy. He saved himself from depression with drugs and his uncle’s old guitar.

Kurt big break took place in 1988, when he founded commercially successful band Nirvana. In 1991 the rock band was signed by Geffen Records and from that moment Cobain’s earnings impressively increased. He had become a millionaire in 1993, when released his legendary album “In Utero”.

Kurt’s glory was increasing, but his drug problems came from bad to worse. In April, 1994 the rock legend committed a suicide in his home, having put a gun into his mouth. His widow Courtney Love and Nirvana band mates started a long court battle for copyright on Nirvana songs, which was completely solved in 2002.