Home > Celebrity Family > Wife > Leonardo DiCaprio Ex-Fiancées and a Current Girlfriend: Who Had a Chance to Become His Wife?

Leonardo DiCaprio Ex-Fiancées and a Current Girlfriend: Who Had a Chance to Become His Wife? 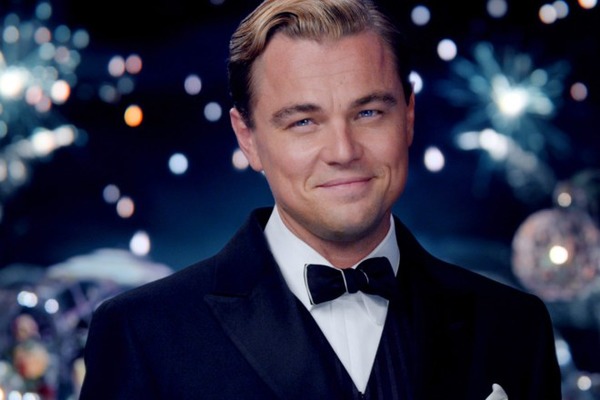 Forty-three year old star Leonardo DiCaprio is a well-known heartthrob. Women like him – and he likes women, but not so much to propose any of them. Although Leonardo DiCaprio wife has never existed, he dated lots of bright beautiful women. It is worth to look through DiCaprio dating list – you will get a real aesthetic pleasure. 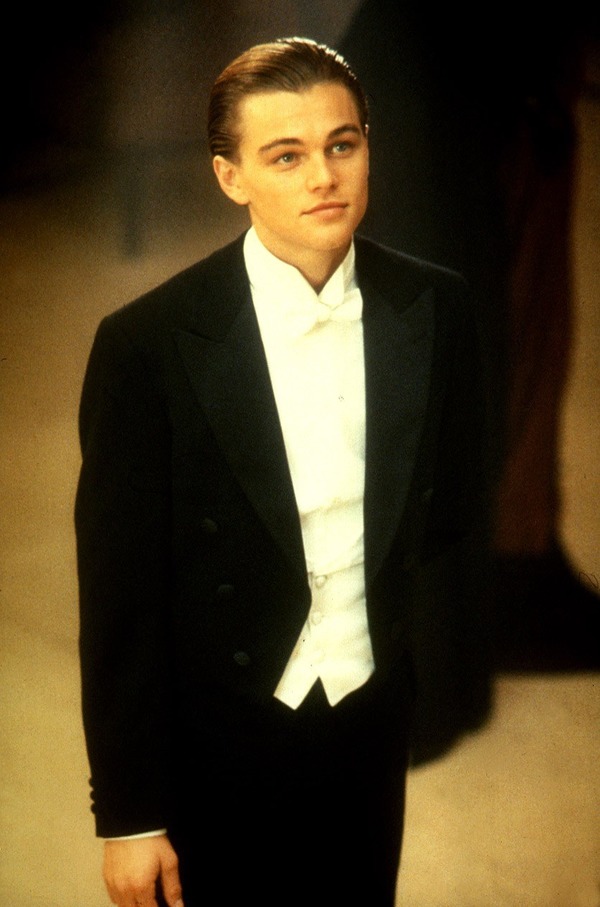 In fact, Leonardo DiCaprio dating list is almost endless – each reputable fashion issue has its own version of Leo’s list of girlfriends. Many of them had one-night affair with Titanic star and others are just the result of journalists’ imagination and rumors. In this article we mentioned just long-term DiCaprio relationships – let’s speak about women, whom he dated for many years and even planned to pop the question one day. So, let’s start from…

The tall slim blonde Kristen Zang was born on the 22nd of June, 1972 and is 2 years older than her famous boyfriend Leo DiCaprio. When she started dating Leo, he hadn’t been a superstar yet. “Titanic”, “The Aviator” and “Django Unchained” were yet to come. 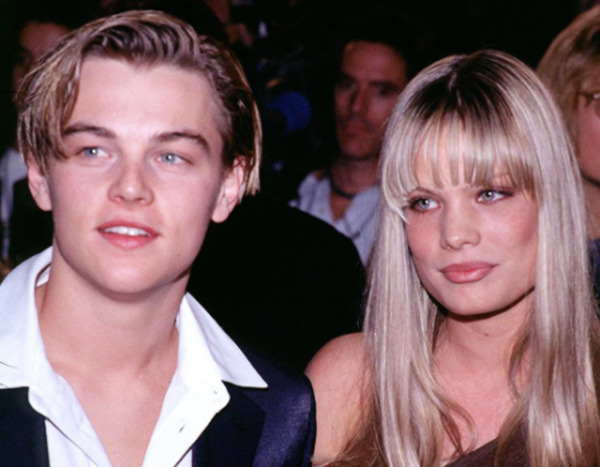 But Leo has already filmed “Romeo + Juliet” and got a solid for a young actor salary. Full of pride, self-dignity and young enthusiasm, DiCaprio visited Romeo + Juliet premiere with a leggy beauty Kristen Zang.

Kristen earned her living as a model. She came from a middle-class American family and spent her early years in Michigan. At the age of 14 Zang signed the deal with Elite Model Agency, and from that moment she changed her calm home and studying for photosessions and ad videos.

In 1996 Kristen got acquainted with Leo DiCaprio. His young energy and boyish charm captured her heart. They started dating and confirmed their relationship at Romeo + Juliet premiere. But 15 months later the couple broke up. 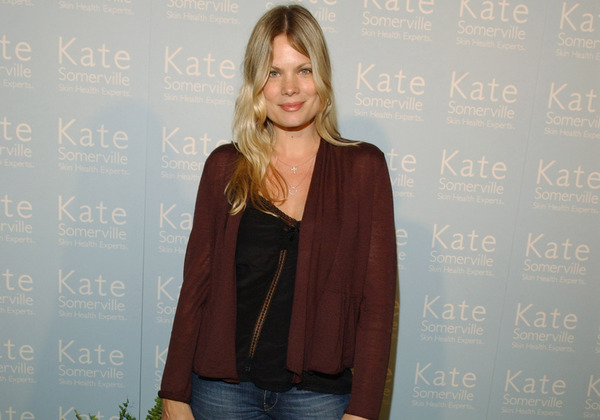 While Leo kept silent about the reason of their split, Kristen opened up that she couldn’t stand Leo’s guy friends. And he was too immature to date her seriously. That’s why she left him – he had to grow up! 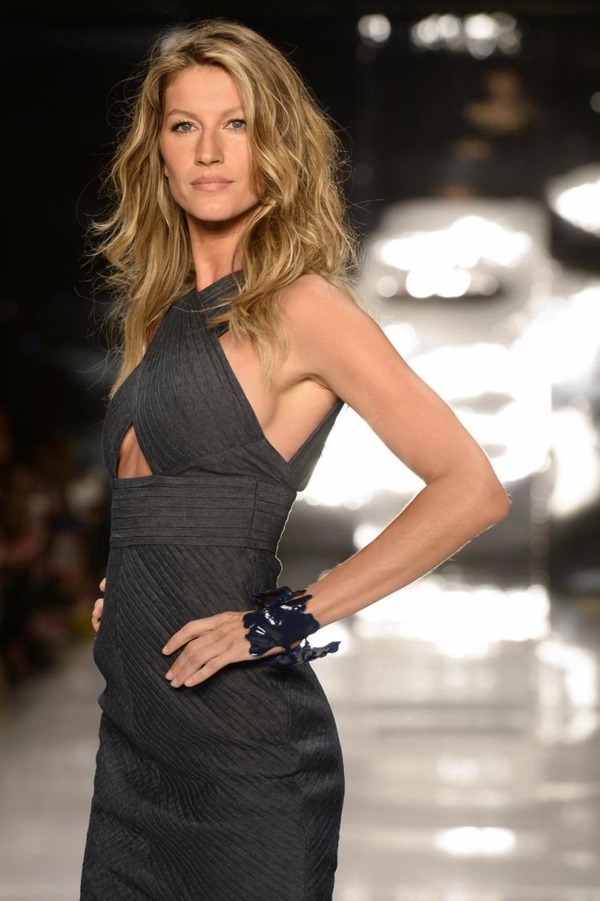 Probably, Gisele Bundchen is the main woman in Leonardo DiCaprio life. The woman, with whom he had the longest relationship, and whom he planned to marry, the ex-VS Angel and occasional actress, Gisele Bundchen played an important role in Leo’s fate.

They met at one of fashion shows – and Leo was charmed by Gisele’s fragile beauty. She was the real catwalk princess – young, fresh and so self confident. He met her after the show, and immediately asked for a phone number. But the beautiful model refused. First of all, because she was in relationship with a male model Scott Barnhill, and besides Leo looked quite depressed. That was a troubled period in his life – his movie “The Beach” failed at the box office, he gained several extra kilos and, probably, drank a little more than it was appropriate. 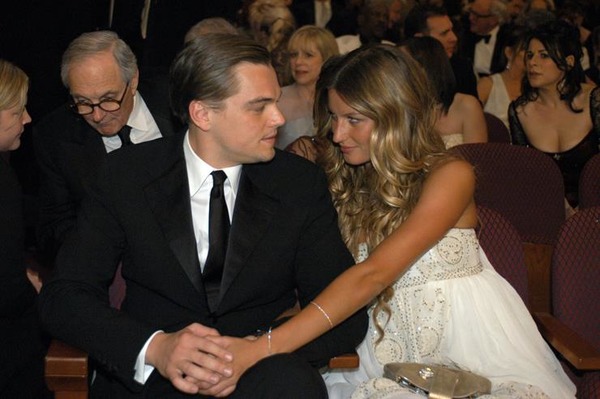 That first attempt to catch Gisele Bundchen’s attention was not successful, but he didn’t give up. When Leo met her for the next time, he convinced the model to give him a chance.

They started dating in early 2000s and were together till 2005. Their love was the endless source of rumors and assumptions for journalists.

The couple boasted with their plans for future – and the next month announced their split. Then they visited some public event together and again told about marriage. 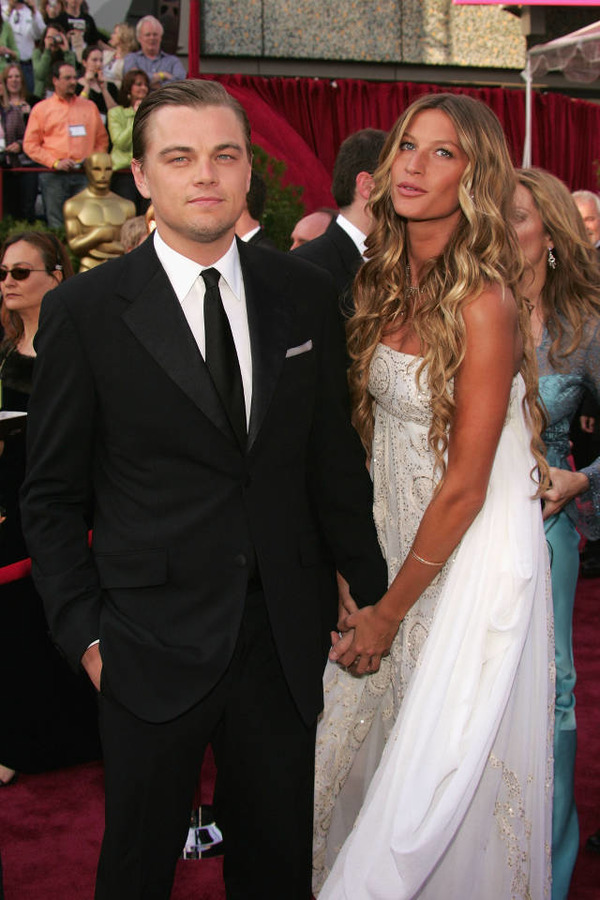 Gisele Bundchen is the only woman in Leonardo DiCaprio’s dating list, whom he proposed three times. And each time she found the reason to cancel the wedding. Definitively they broke up in 2005. Both were silent about the reason of their split, and both were so positive in their comments about each other. Gisele told, that “she grew up with Leo – in all senses – and wishes him the best”. 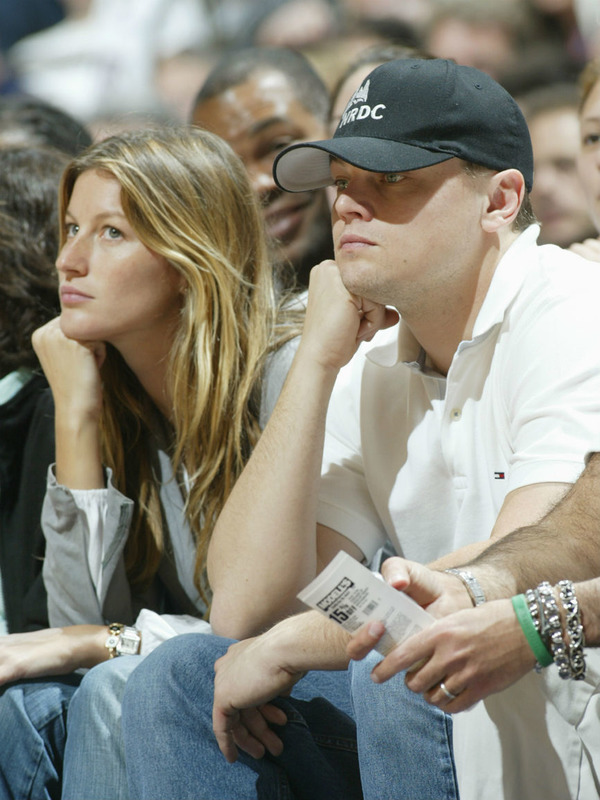 One of yellow newspapers wrote that the real reason of Gisele’s break up with a movie star was … her big ego. She had just tried her hand as an actress and starred in “Taxi”. Leo criticized his fiancée’s screen work. And it was the last straw for her.

After that Gisele Bundchen moved forward. We have already told about her family life in “True Facts about Tom Brady Wife Gisele Bündchen”. And Leo started another love affair too.

Bar Refaeli is the next woman in Leo DiCaprio dating list, with whom he spent long 5 years. Leo met Bar at one of numerous parties he visited after a painful split with Gisele. That party was held in Las Vegas, and was arranged by the musicians from the legendary band U2. 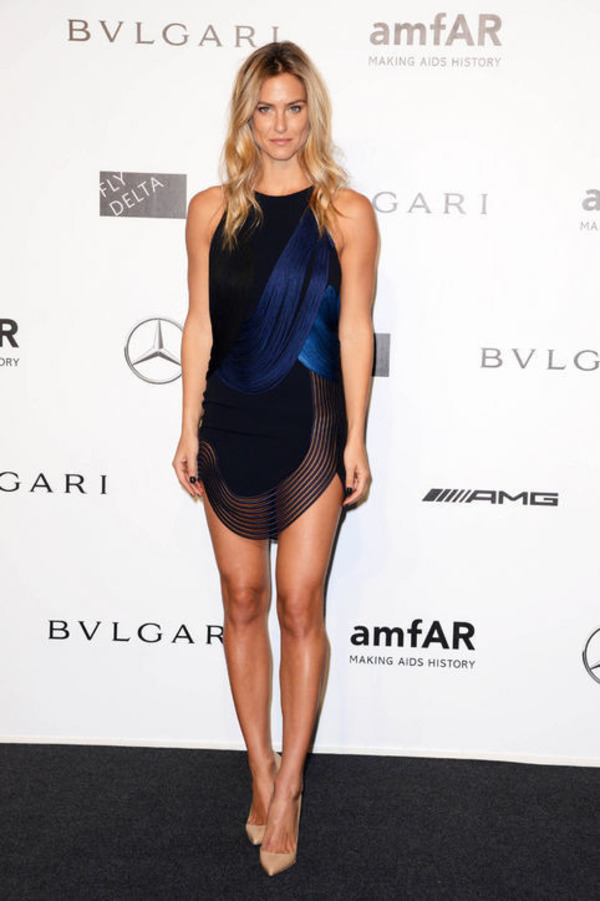 He took a glass of whisky, when noticed her – a tall blonde, who looked so fresh and simple.  Bar reminded him Giselle in her younger years – and he immediately came to her.

She was a model and she was 20. Bar was born in Hod HaSharon, Israel. There she lived with her parents – Rafi Refaeli (a rancher) and Tzipi Levine. Bar appeared in her first commercial, being less than 1 year old. At the age of 15 she has already become a professional model. 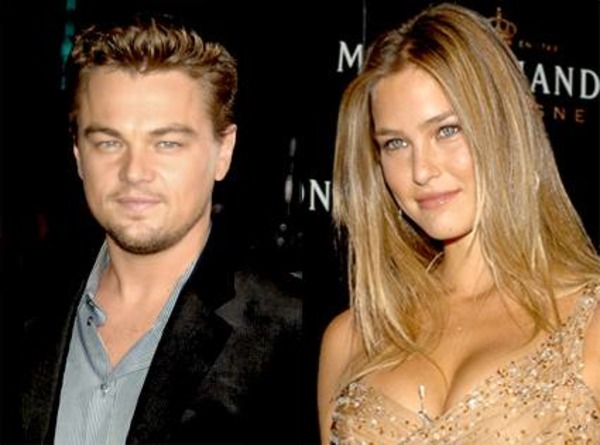 Bar was on her career peak, when she met Leo. She has already appeared in “Vogue”, starred in numerous commercials and got an offer to take part in “Sports Illustrated” photo session.

Leo and Bar had on and off relationship in 2006-2011. After that both officially announced about the end of their romance. Bar Refaeli told, she had to break up with Leo, because she had already been ready to change her status of a girlfriend to that one of a wife. And he still felt comfortable, being a bachelor. 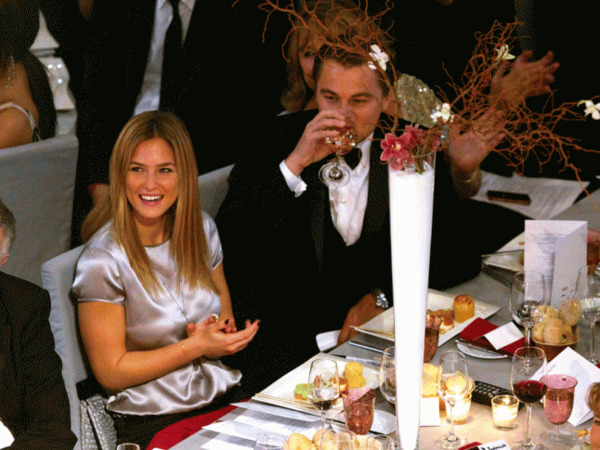 They parted their ways and each got what he wanted. She wedded a businessman Adi Ezra. Bar finally got a chance to create a big friendly family. She and Adi and gave a birth to two cute girls – Liv and Elle.

And he remained a bachelor – who was focused on his career and dated model-like blondes. He was noticed in the company of beauties Erin Heatherton, Miranda Kerr, Rihanna and many others. But he didn’t expect to fall in love again till he met her. 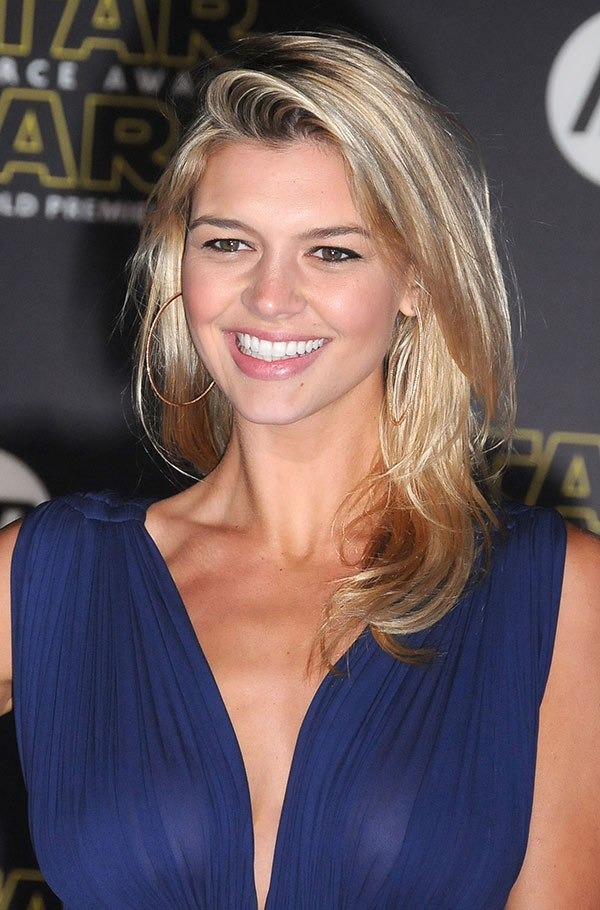 When Leonardo Dicaprio was photographed with a beautiful blonde Kelly Rohrbach, it became obvious, that the star is dating again, and that his girlfriend – again! – is a model.

They met in May, 2015 – he, a famous actor in his 40s, and she – an unknown model in her 20s. Leo didn’t give any comments about his new GF, but he enjoyed spending time with her – the couple was caught by paparazzi, when they rode bikes in NY. 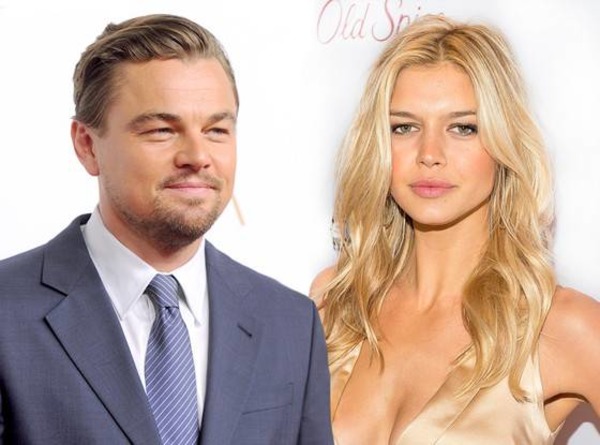 Romance with a star revived Kelly’s career. She posed for “Sports Illustrated” and starred in the film “Café Society”.

Kelly and Leo looked great together. He attracted her with his mature charm and that magnetism each successful man has in his 40s. And she filled him with her young energy and enthusiasm. She was a sweet girl, who had a target, who had a dream, but still was so simple – as she hadn’t yet become a star.

Time, which Leo spent with her, was always perfect. They had fun at parties in Hampton and St. Tropez. After that they rooted their favorite team at the US Open. He fell in love with her and was even ready to propose – but she got another winning ticket. 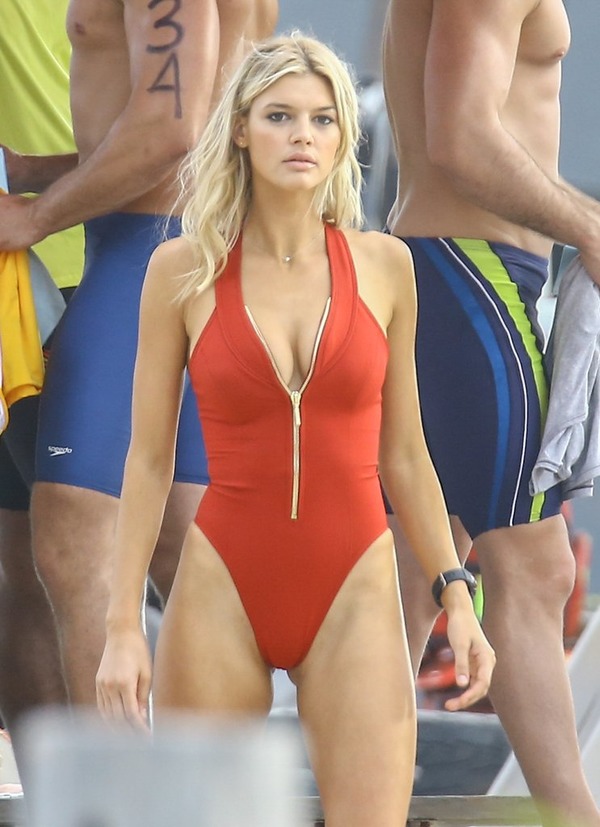 Kelly Rohrbach was cast as CJ in “Baywatch”. The film director Seth Gordon liked Kelly at first sight. “She is new Pamela Anderson”, he said in delight. Thus unknown girl from Connecticut won one of leading roles in the comedy, based on popular series, which several decades ago was a massive hit.

Rohrbach threw herself to a new life. She spent 18 hours per day at a film set – and worked with such Hollywood giants as Dwayne Johnson and Zac Efron. She was so fond of her job that quite often forgot to phone Leo – and didn’t answer his calls.

In 2016 the couple announced their separation. Kelly continued her career of an actress. And Leo again remained alone… 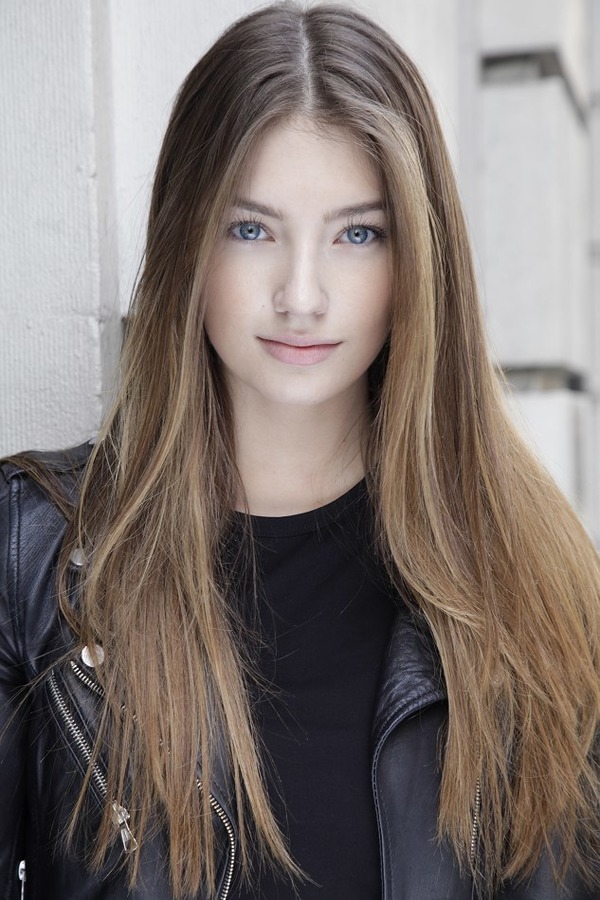 …But not for long. In autumn, 2017 Leo made paparazzi surprised. He appeared in one of New York night clubs with a young pretty woman. The woman turned to be a model from Germany. Lorena Rae is just 23, so she is 19 years younger than her famous fiancé.

Lorena puts 100% of efforts to develop career of model. The girl never gets tired to share through social media her photos – all are made by professional photographers. 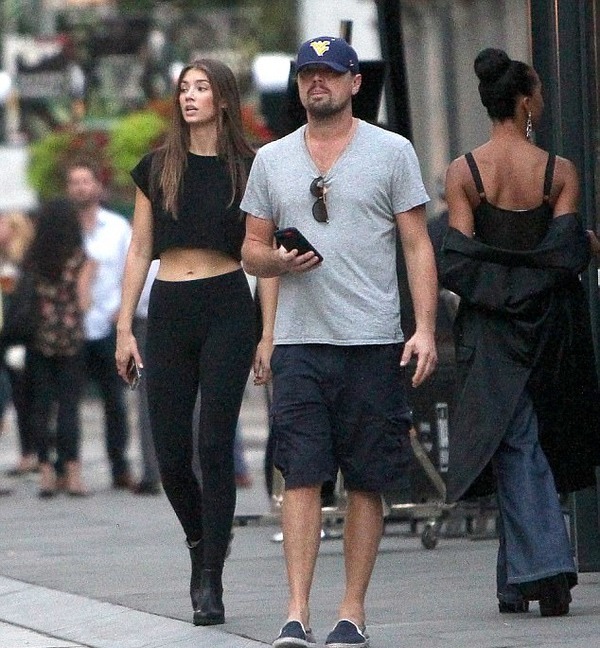 She has already opened up, that Gisele Bundchen was her idol and inspired her to become a model. Probably, Gisele’s ex-fiancée Leonardo DiCaprio is the best choice for Lorena Rae!