Liliane Bettencourt Net Worth is $38, 7 Billion 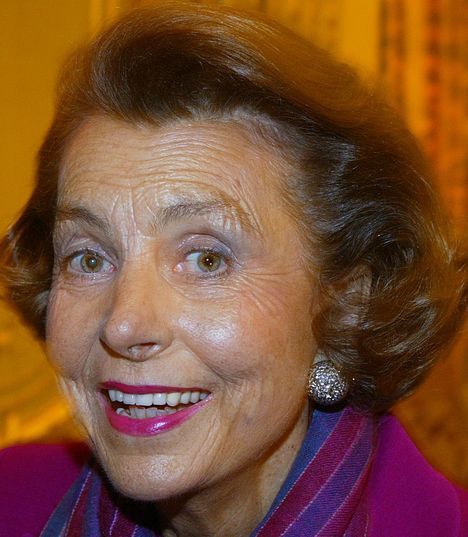 Liliane Bettencourt is the second rich person in France and one of the richest women in the world. Her name is not known to wide circle of fans, nevertheless every elegant woman in the world uses cosmetics from her brand – L’Oreal.

Now Liliane Bettencourt is 94 years old and her net worth is estimated as $38, 7 billion. Her life seems a fairy tale to many women as she has always been surrounded with luxury and could get everything she wanted. Nevertheless the life story of this bright and successful woman has its black stripes too.

Liliane Bettencourt was born rich. Her father, Eugène Schueller, was a talented chemist, who invented lasting hair dye and soon glorified his name as every model at the beginning of the 20th century used that cosmetics. In 1907 Eugène Schueller founded a legendary brand L’Oreal.

When Liliane was 15, she started to work at her father’s company. After her father’s death she inherited shares of L’Oreal and thus became one of the richest women in Europe.

Now Liliane Bettencourt, who is in her golden age, is not working anymore. She was replaced in L’Oreal board of directors by Jean-Victor Meyers, her grandson. Bettencourt was diagnosed with dementia after a court process with her daughter, Françoise Bettencourt-Meyers. Françoise started that court battle with her mother, when she had learnt that Liliane bought luxurious gifts for her friend, a photographer François-Marie Banier. She donated to a sneaky photographer about 1 million euros in gifts and that annoyed her daughter.

Françoise proved that her mother was insane and too old to make right decisions by her own. The photographer was sentenced to prison for his intention to use Liliane's mental illness to make profit from it.

Nevertheless Liliane Bettencourt remains a rich and famous woman, who is also known as a philanthropist. She is the founder of the Fondation Bettencourt Schueller, a charity organization.