Home > Celebrity Family > Marion Cotillard husband Guillaume Canet: “One day I felt, that she is the main love of my life”

Marion Cotillard husband Guillaume Canet: “One day I felt, that she is the main love of my life” 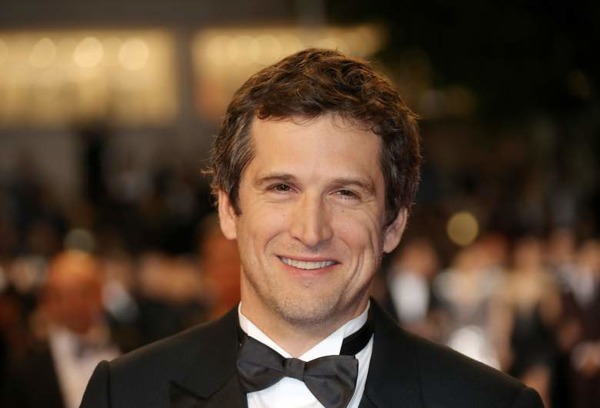 They have been together since 2007, but still Guillaume’s eyes shine with delight, when he looks at his beautiful famous wife. “She’s the love of my life”, he said in his interview to the “Guardian” in 2011. And he is ready to repeat these words again, 6 years later. 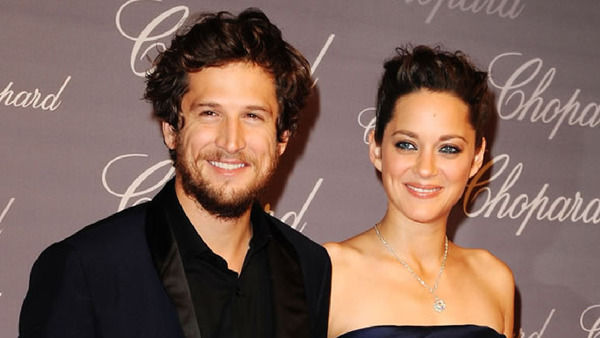 The big strong love is a rare thing in the unstable world of movie industry, but they two created really a great family. The couple brings up two children – a son Marcel and a daughter Louise. 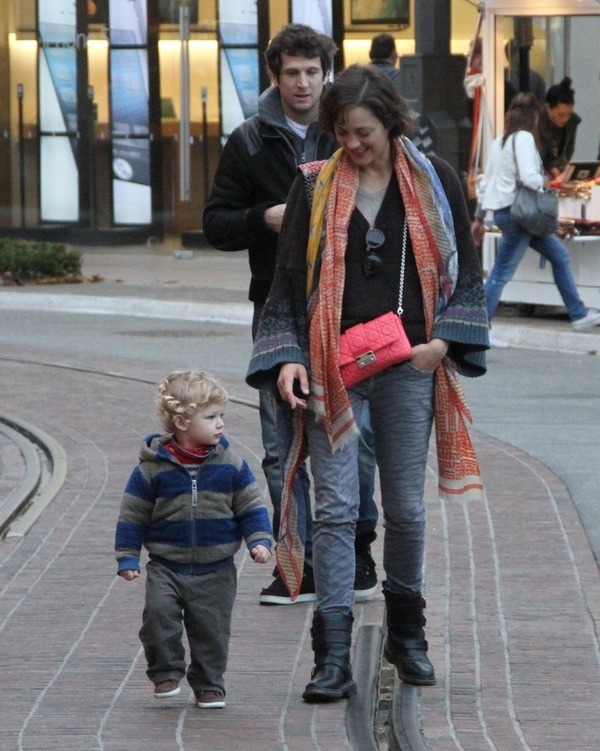 Guillaume Canet and Marion Cotillard have known each other since 1998. They starred in the movie “Love Me If You Dare” in 2003, but remained friends. Only in 2007 Marion and Guillaume changed the focus of their long-term friendship and started a passionate love affair. 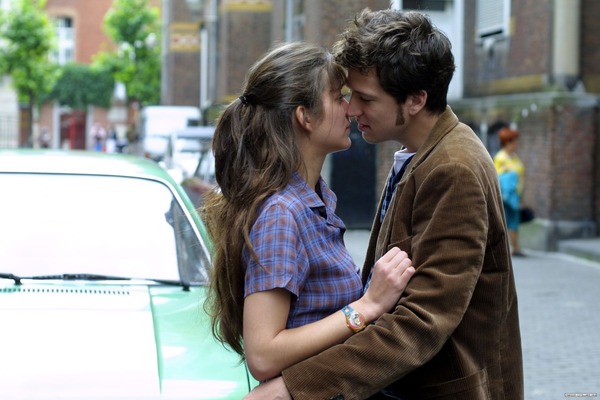 Of course, the most frequent question about Cotillard, Canet hears from his friends, fans and journalists, is why he didn’t start to date her just after their meeting. His answer is always simple and short, “One day I felt, that she is the main love of my life”.

Probably, to meet the love of his life, Canet needed all those ups and downs, which he had to pass on his way. To know Marion Cotillard husband better, read about all tests he had to cope with on his way to his wife.

Probably, Marion and Guillaume love story would never start, if he hadn’t got a leg injury. Then Guillaume thought that his life was absolutely broken. He grew up in a family of horse breeders, and riding a horse was an inseparable part of his life. 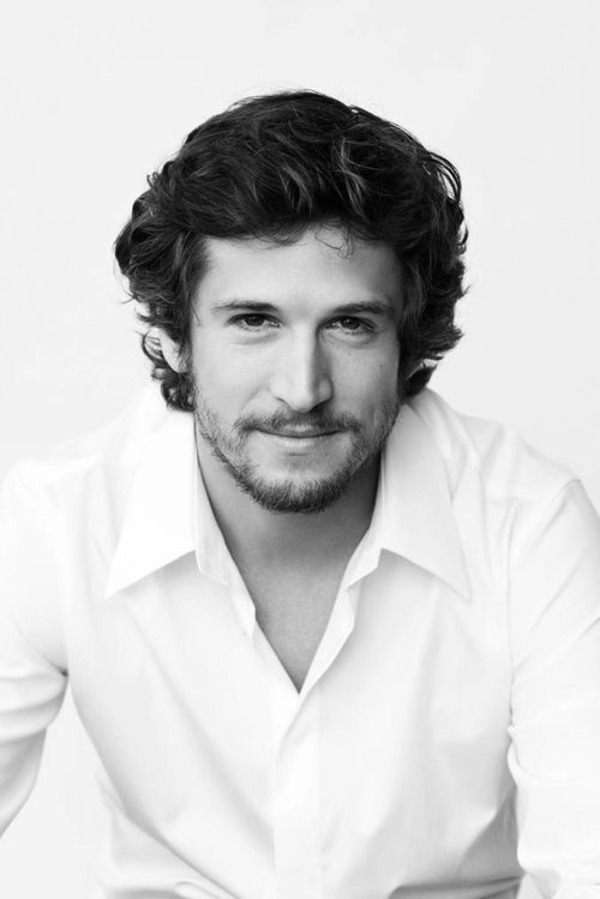 The skilful Guillaume dreamed to become a show jumper, and he had already become the part of a French team. But when Canet was just 18, he fell down from a horse and injured his knee. This disaster stunned the young man. He did not know which way to go after that. Such misfortune had broken his life and at the same time pushed him to his future wife Marion. Having lost hope of being a horse jumper, Guillaume decided to devote his life to another passion – acting.

Following his dream, Guillaume moved from his village to Paris. There he started career of an actor and then gradually moved to movie directing. Canet felt, that he was lack of knowledge, that’s why he took lessons at drama school. 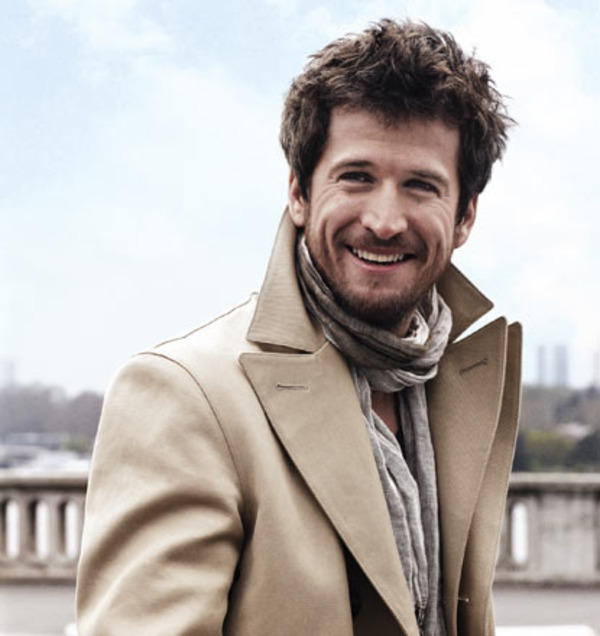 He met his big break after several years of hard work. In 2006 Canet released a thriller “Tell No One”. That movie has become a sensation in France and got 4 César awards (the most prestigious movie award in France). Guillaume himself was awarded as a best film director. He felt incredibly happy and very exhausted at that time. 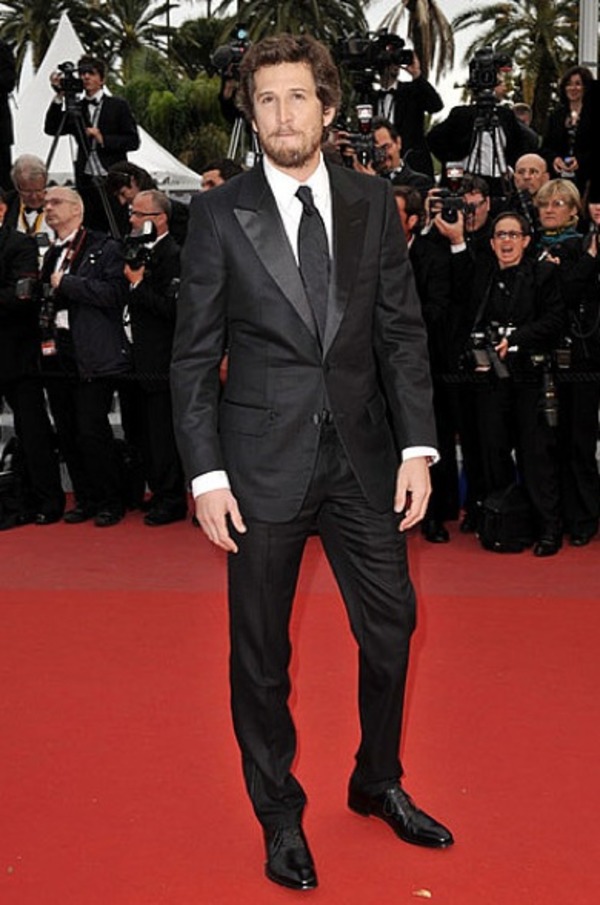 Canet was just 34 then, but he looked older. Alongside directing, he continued to act in the films too. He participated in “Hell” and then in “Merry Christmas”. His career was developing very fast, but his personal life was ruined. He has just divorced his wife of 2 years an actress Diane Kruger.

On his way to Marion Cotillard Guillaume Canet was married. He met Diane Kruger in early 2000s, when he struggled for his place in the movie industry. He loved blonde Diane, but at the same time forgot about her immediately, when he got an offer to start the new project. 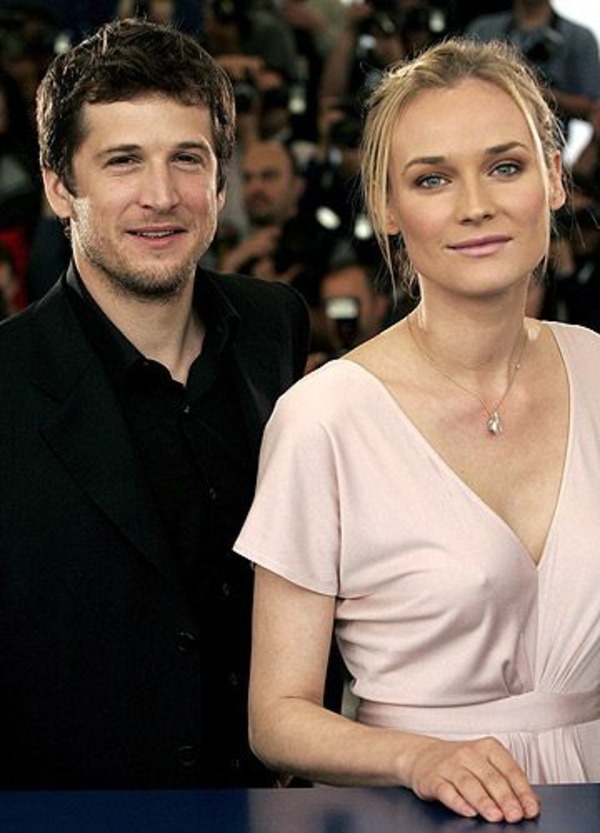 Nevertheless Guillaume helped Diane to revive her career – he invited the wife to his film “Whatever You Say”. Although in 2006 they parted the ways, Kruger never gets tired to thank her ex for his strong trust in her talent – due to Canet’s movie she reached the new level in acting.

Diane Kruger and Guillaume Canet divorced in 2006. After that she decided that marriage was not his cup of tea, and he threw himself into work. 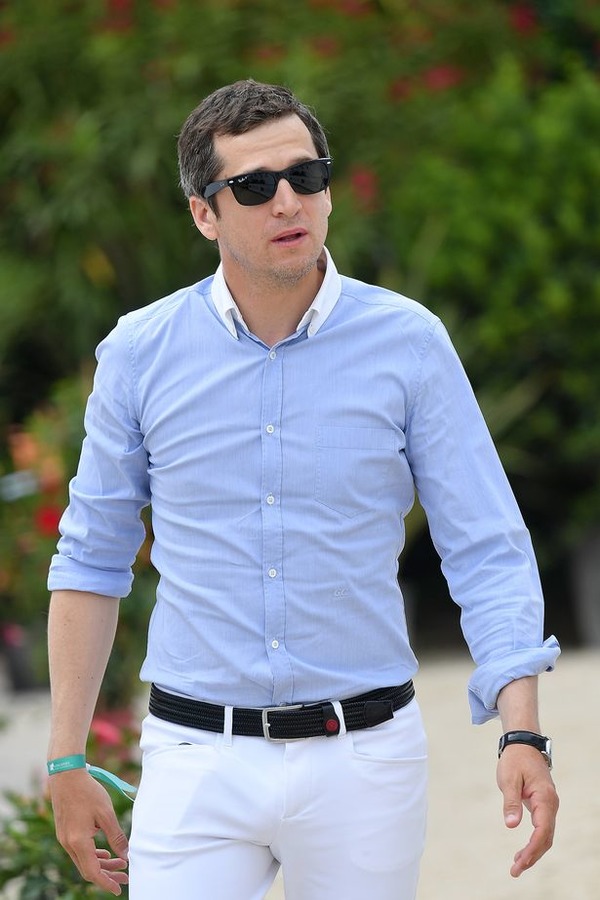 Of course, he had some time for personal life and dated beautiful talented women, like Carla Bruni or Élodie Navarre. He was looking for happiness and couldn’t find it in his relationships with these great ladies.

Canet was getting older and thought that he had to change something in his life. He had no idea that his fate had already prepared a special woman for him. 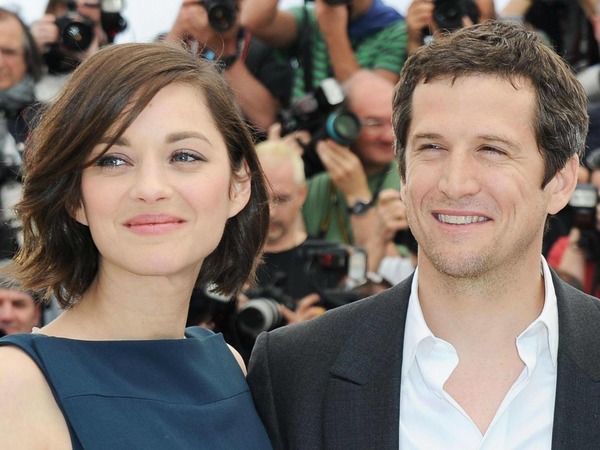 The big-eyed actress Marion Cotillard is, probably, the best thing ever happened to him. He liked her elegant charm and faithful manner to play during their work in “Love Me If You Dare”. The movie was all about love, but its plot was quite original and differed from the typical love story.

Marion and Guillaume heroes loved each other to death, but their feelings were rather cruel and cynical, than pure and fragile. Probably, that’s why Marion decided to play there. She was still frustrated after the tragic death of her beloved man – Julien Rassam. The popular French actor, he supported Marion at the initial stage of her career. It was he, who inspired the actress to focus her attention on deep drama roles, such as Alexandre Aja film “Furia”.

They seemed to be happy, but later Julien got completely involved into his secret pleasure – drugs. His mother committed a suicide, and this event got the things messed up in Rassam’s life. Marion tried to save him till that tragic day, when he fell out of the window. It is hard to tell now, whether he made that jump himself or someone pushed him – in any case, Julien Rassam was injured and after that became disabled. Several years later he killed himself.

Marion’s tragic love changed her. The role of Sophie in “Love Me If You Dare” was necessary for her – thus she got a chance to express all her pain and disappointment. 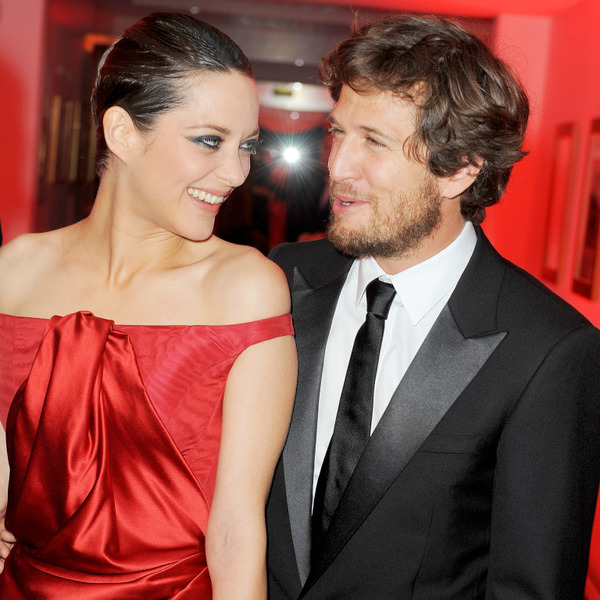 She liked her partner Guillaume Canet, whom she knew earlier, but during their work on the film they got much closer. His witty eyes, male charisma and boyish smile attracted her. But she was too cautious after her tragic love story to let him be closer. They remained friends and even sent each other sweet E-mails.

Guillaume Canet liked that woman too. He valued their friendship and thought, that it was a gift from God. But finally it understood that their warm friendship was just one more test on his way to the biggest love in his life.

One day Guillaume felt, that Marion was more important for him, that just a friend. In 2007 they started dating and finally dared to open up about their relationships.

Nowadays Marion and Guillaume are considered as the most romantic and faithful couple in France. That’s why they both were really disappointed, when read the rumors, that it was Marion, who stood between Brad Pitt and Angelina Jolie. Later Cotillard wrote through social media, that she is happy with her husband Guillaume Canet. 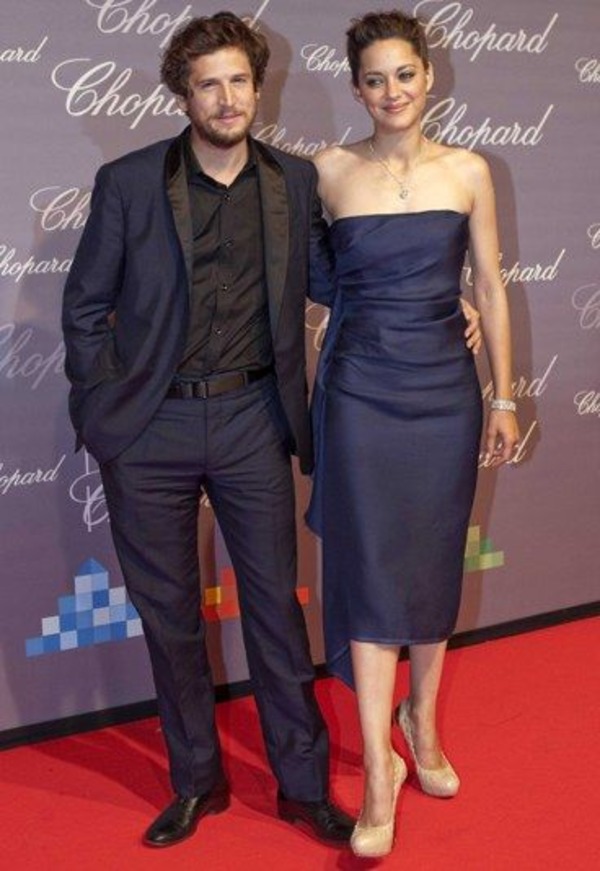 By the way, the couple is not married officially. They just stay together – and feel incredibly happy about it!