You will earn $60 million in

How Much is Michael Bolton Worth?

Some people consider Michael Bolton rock ballads as “too sweet”, while the others can’t live without his beautiful tenor. In any case, Michael is a significant musician, who can boast with 2 Grammy awards. His net worth is estimated at $60 million.

The main part of Michael Bolton fortune comes from his activity of a musician. As the singer admitted in his interview, he loves music most of all in his life and devotes each his free minute to this art. And this turns him back with cash. 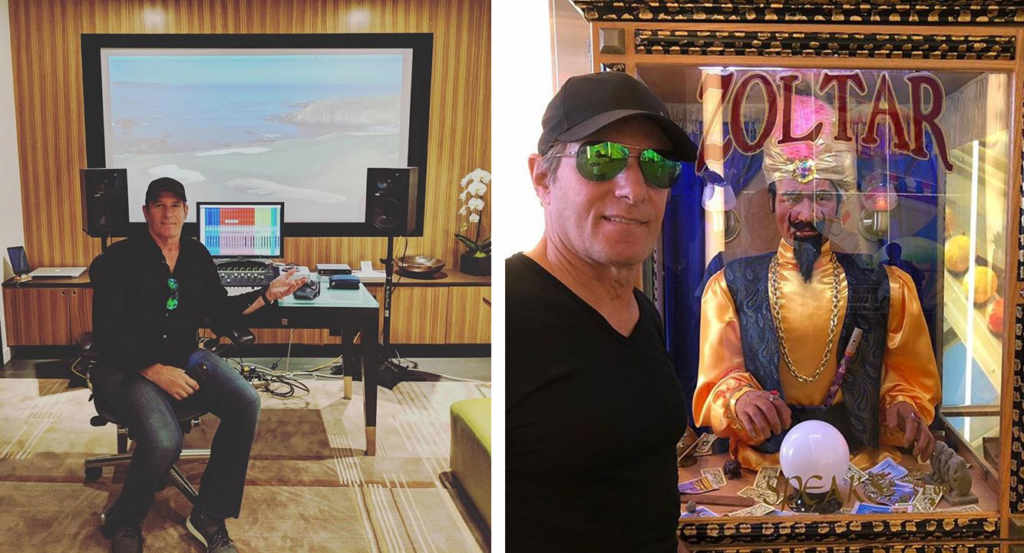 He started his career in 1975, and since then Bolton has already released 17 studio albums. Although Bolton’s first albums got modest reviews from the audience and critics, his 5th album, released in 1987, got double platinum status.

After that Michael Bolton has become a real hit maker. He presented to his fans beautiful ballads, and both – men and women – immediately fell in love with them. One of his most popular songs is the ballad “Said I Loved You…But I Lied”. This song was released in 1993 and immediately became a hit. It occupied the 6th position in Billboard Hot 100. Michael Bolton is the co-author of this beautiful romantic song.

Later the singer cooperated with Rebecca Blake, who directed the music video to this nice composition.

This song is not the only one in Michael Bolton repertoire, which topped the charts. His other melodic beautiful songs, which caught the hearts of listeners, were “Missing You Now” (the actress Teri Hatcher played Bolton’s screen love in the music video to this song), “Steel Bars” and many others.

Being extremely popular and well-paid as a musician, at the same time Michael Bolton tried his hand in other activities too. And these gigs contributed to his net worth. Bolton turned to be quite talented as an actor. He made appearances in such films as “Meet Wally Sparks”, “The Nanny” etc. He also participated in popular TV shows, like “Celebrity Duets” and “Dancing with the Stars”.

In addition the music star endorsed Pizza Hut and performed “Jingle Bells” especially for its commercial.

As you see, Michael Bolton enjoys a high level of income. But how did he start his career?

Although Michael Bolton doesn’t consider himself as Russian, and he even doesn’t know Russian language at all, nevertheless his real surname is Bolotin. He got this name from his great-grandfather, who immigrated to USA from Russia.

Michael Bolton liked music since his teens. He tried his hand in songwriting for the first time at the age of 15. Then he fell in love with a girl and tried to express his feelings through the song.

Bolton recorded his first single in 1968. Several years later he presented his first self-titled album. Unfortunately, it didn’t bring the young singer either income or recognition.

The first commercial success found Michael in early 1980s. Then he composed the song “How Am I Supposed To Live Without You”, which was performed by Laura Branigan. Bolton’s name had become popular, but he was known rather as an author than as a singer.

He briefly performed in the band “Blackjack”, when finally left it and released a solo album “The Hunger”, which catapulted him to stardom.

Currently Michael Bolton is single. He is known by his long-term engagement to an actress Nicollette Sheridan.

He was previously married Maureen McGuire and has three daughters with her.

Bolton resided in a stunning house.

Bolton bought Kings Highway North home in 1991. In 2015 he put it on sale. The famous singer asks for the house, built in Tuscan style, astonishing $11 million.

The price turns to be not so huge, if to take into consideration the fact that most of Michael Bolton beautiful ballads were written there. Besides his three daughters used to live there too.

The residence can boast with 9,623 sq. ft of living space. This territory is occupied by 6 bedrooms, 6 bathrooms, a kitchen and a living-room.

In addition to the main house, there’s also a guest house on the territory of the estate. In the yard behind the main building there are a swimming-pool and a pond.

It’s not hard to sing staying in such a beautiful house, is it?