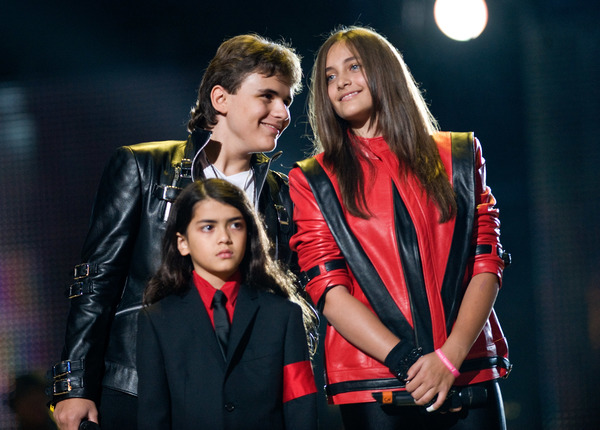 The magical world of mega stars attracts ordinary people, like a magnet. That’s because they have everything that anyone can just dream about – beauty, wealth and international popularity. The stars don’t seem to be ordinary people – they are real celestial beings! Often we admire the talent of a great actor or stare at a well-known beautiful model and automatically consider them as unbelievably happy people. Yes, they are stars and they are different from us – they have no wrinkles, like ordinary people; never get fat and don’t worry because of divorces. Often many of the celebrities do not have children at all – or they have, but practically do not raise them, giving that duty to nannies and teachers. But do they worry about it? No, they don’t! After all, the love of the whole world belongs to the celebrities! 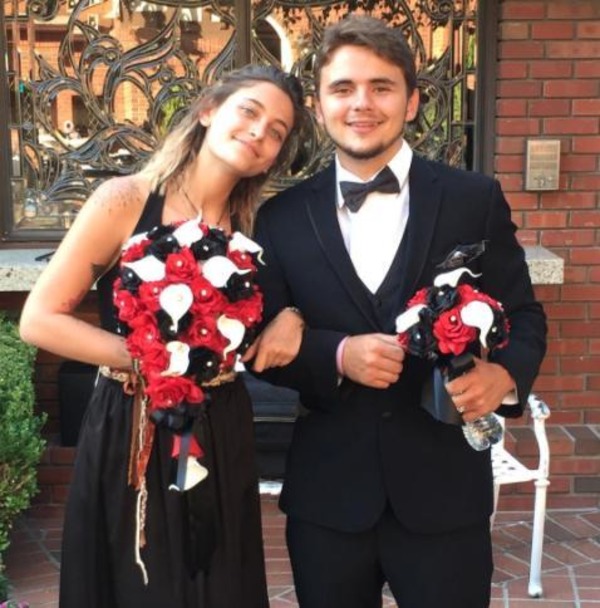 No doubt, the singer, songwriter and dancer Michael Jackson was one of the brightest stars on the world stage. People got crazy from him, cried at his concerts. He was so extraordinary – the most exotic, the most active and vociferous. Few of his admirers understood how unhappy their idol was when the curtain fell and the make-up was washed off.

In the lavish life of Michael Jackson almost nothing was real. He had never met his beloved woman, although many media outlets wrote about his love affairs. He had never taken himself as he was and spent millions of dollars to change his whole appearance. He was never able to build relationship with his father. 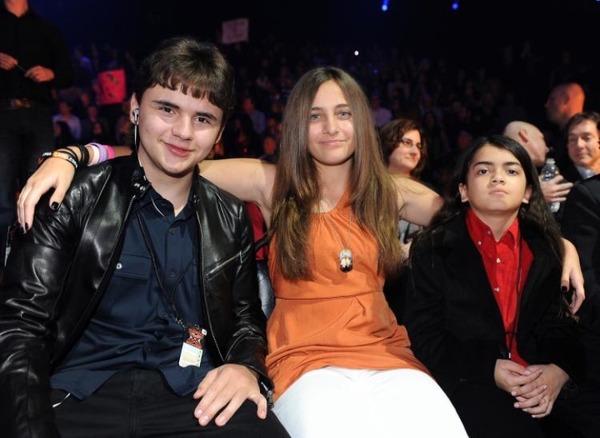 But there was something, which made the sad pop-king smile. That was his mantra – his children. They were his main talent and his main song. So, what do we know about Michael Jackson kids?

“You are Going to Become a Dad!” About Prince Michael Birth

Michael Jackson had already turned 38 years old, when he had divorced the daughter of another pop king – Lisa Marie Presley. Jackson was hurt by the split and was close to become frustrated. That’s why everyone was surprised when the pop king announced his marriage. Fans’ astonishment increased, when they heard a name of a future Mrs. Jackson – Debbie Rowe, a nurse, who was neither beautiful nor popular. How did that woman catch Michael Jackson’s heart? She just promised to have kids with him! 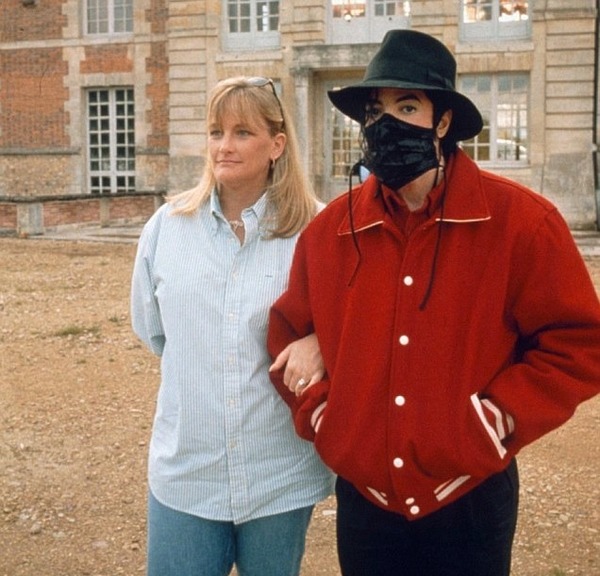 Michael Jackson bodyguards, as well as his friends, indicated that the star was looking forward to the birth of his first son. He began taking care of his baby when he was still in his mother's womb. Michael protected Debbie from everything and cared about her. He recorded 2 disks with his songs for his son, so that the baby could hear his father's voice.

Michael Joseph Jackson, Jr. was born on February 13, 1997. On that day, his father decided to cancel all his deals – he wanted to be near Debbie, when his first child was born. When the childbirth started, Michael Jackson had already come to the hospital in the company of bodyguards. One of them, Yannick Allain, went into the hospital room with the singer. Jackson showed him a newborn Prince – the brand-new dad was shining with love and pride. He had never looked so confident and happy. 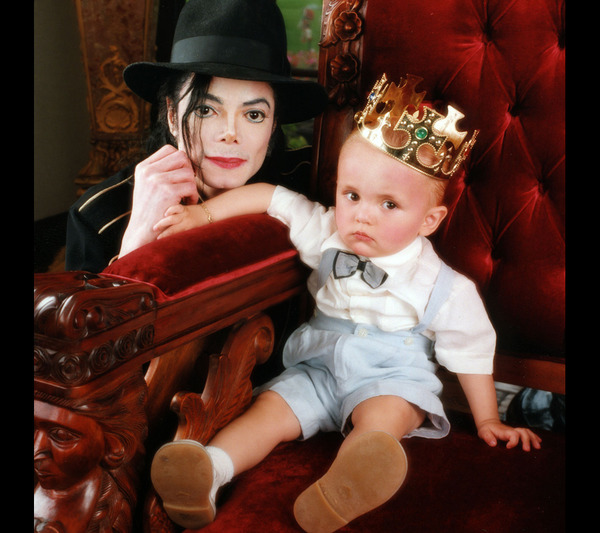 With the infant’s birth, the life of pop star Michael Jackson had changed a lot. No longer could he be lost at a stage from morning till night – from that moment he was working not more than 8 hours per day or even less sometimes. He hurried home to Debbie and their son Prince.

Many fans did not believe that their idol could become such a loving father. Often he let the nanny go home – and with his own hands washed the clothes and cooked for his child. He dreamed to make Prince’s childhood really happy – much happier, than was his own one. 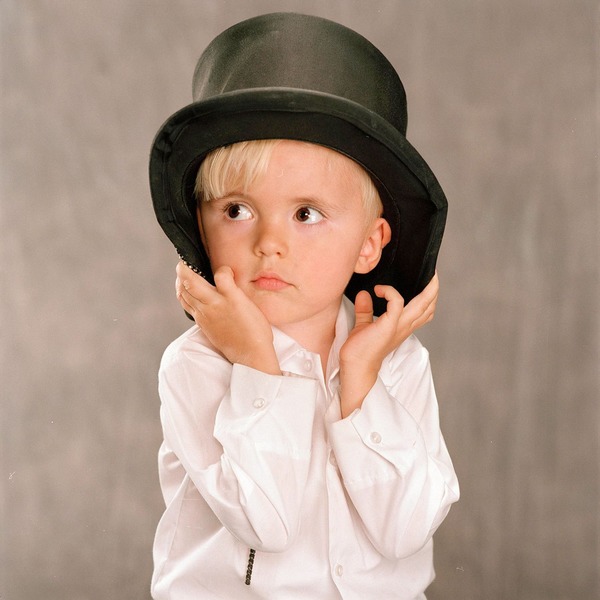 It seemed to Michael Jackson that he had already achieved everything he wanted, that he couldn’t be happier. And then Debbie Rowe shared the news – she was pregnant again. And this time she was going to have a daughter. 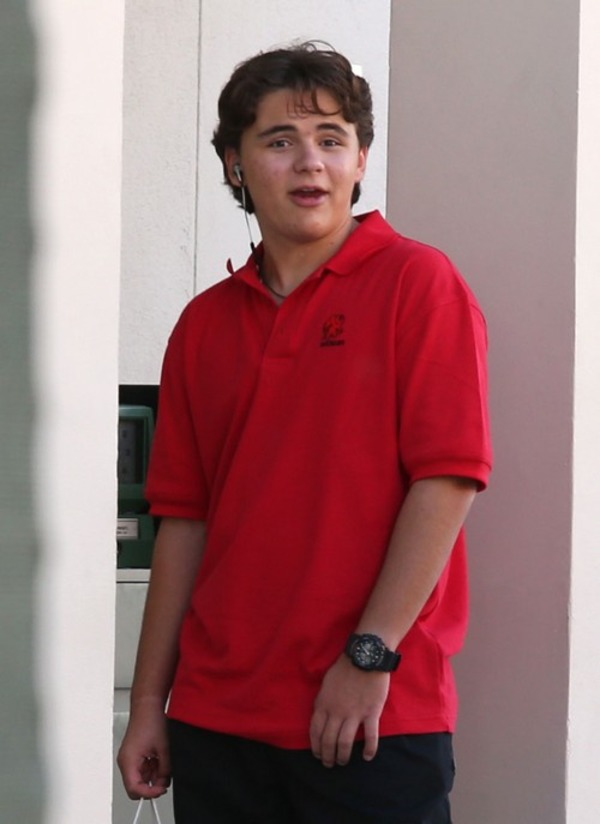 According to Debbie Rowe’s words, Michael was waiting for the birth of his daughter with great enthusiasm. He cared about the most important woman in his life – his baby daughter – with the extraordinary tenderness. “She will twist you, my dear!”, once Debbie said to her husband. 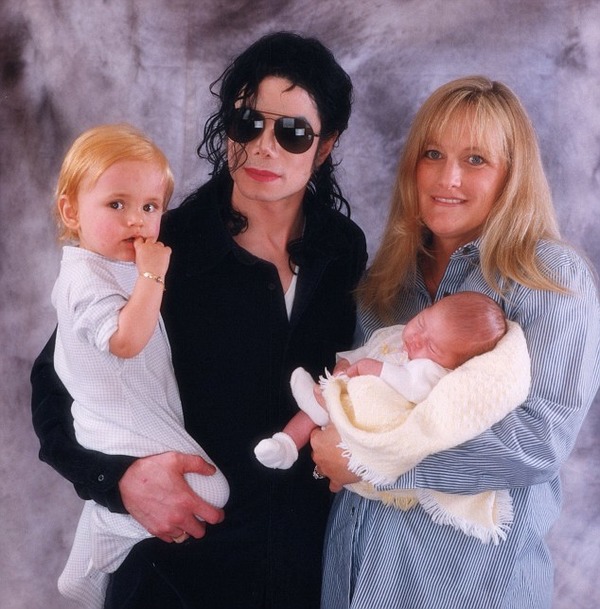 The baby girl was born on April 3, 1998. Michael doted on her, but at the same time tried not to spoil. Of course, he took his daughter to expensive cafes and shops and drove her to Disneyland. But it happened not every day, and served as a reward for good schooling or great behavior. 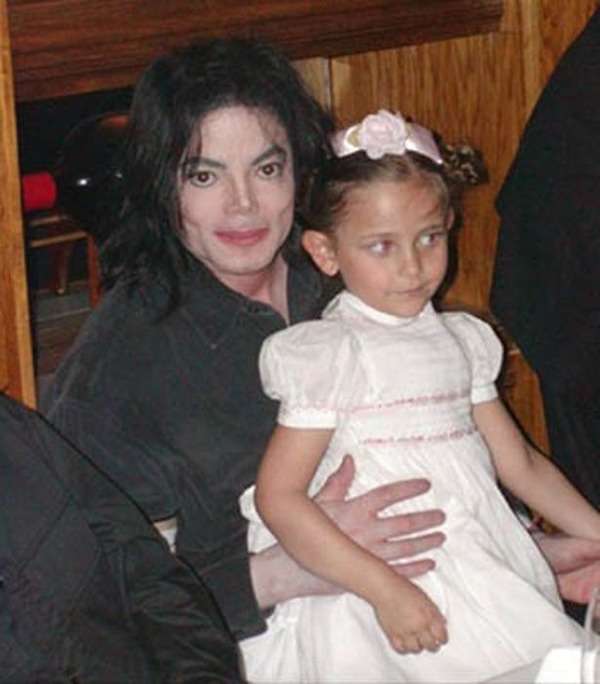 As Paris-Michael Katherine Jackson was getting older, she was turning into a real beauty. At the same time she didn’t have the features of her father. But her younger brother – Blanket – looked exactly like his famous dad. 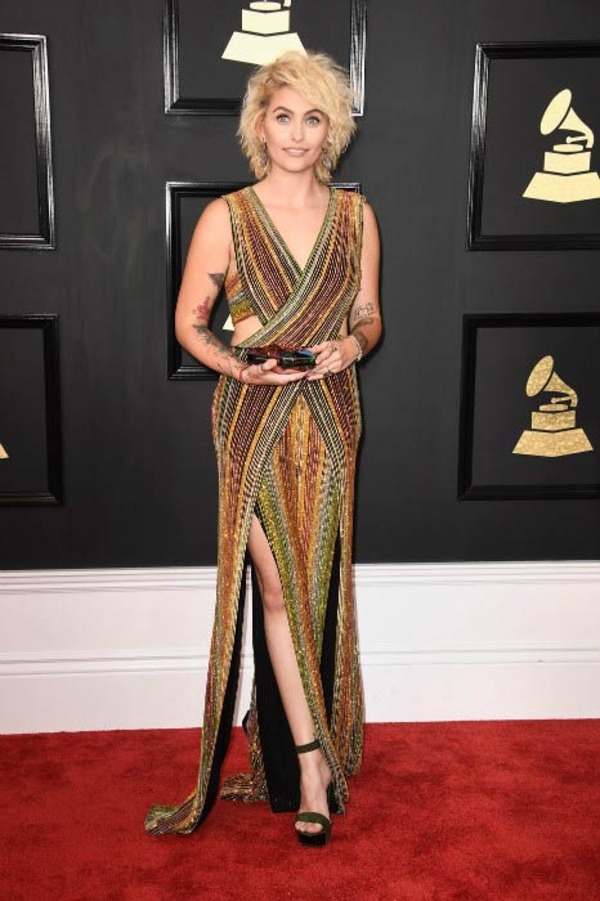 Why is Blanket the Exact Image of his Father? 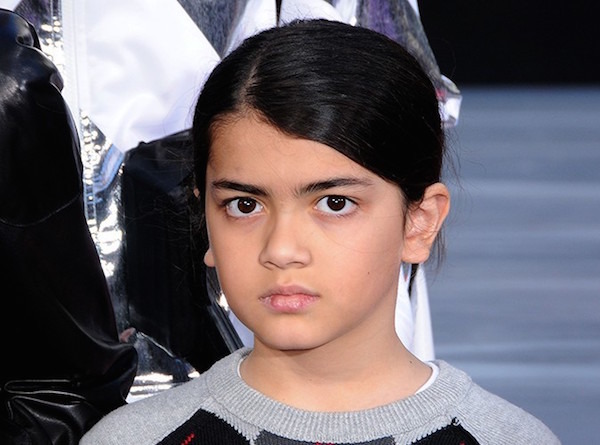 Just one sight is enough to understand, that small Blanket is the exact image of his late father. According to numerous media outlets, the third son of a pop idol – Prince Michael Jackson II – is his only biological child. 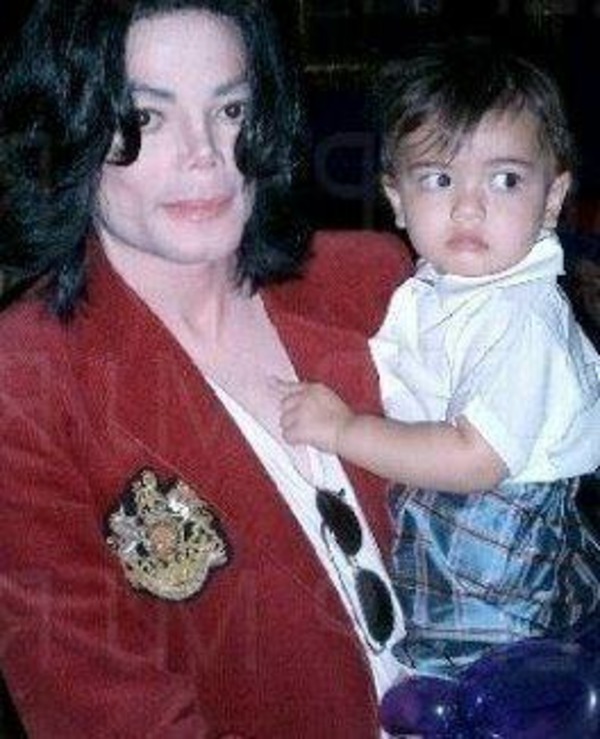 Two older children are born by Debbie Rowe from an anonymous donor of sperm. According to Jason Pfeiffer, a friend of the late pop king, Michael Jackson confessed to him once that Prince and Paris are the children of an actor Mark Lester. 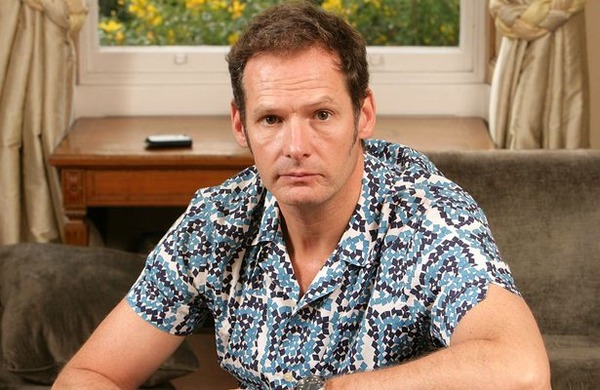 Mark has always been a close friend of Jackson. He gave Michael Jackson his semen samples, because the pop star asked about it. Later that bio material was used by Debbie Rowe to get pregnant. By the way, according to Michael Jackson’s dermatologist, the star had never had sex with his wife Debbie Rowe.

The third kid of scandalous Michael Jackson was born on February 21, 2002 from unknown surrogate mother. Michael told, that he had always considered “Prince” as the best name for a little boy. He named his second son Prince II, but from his earliest years the boy was nicknamed as Blanket. 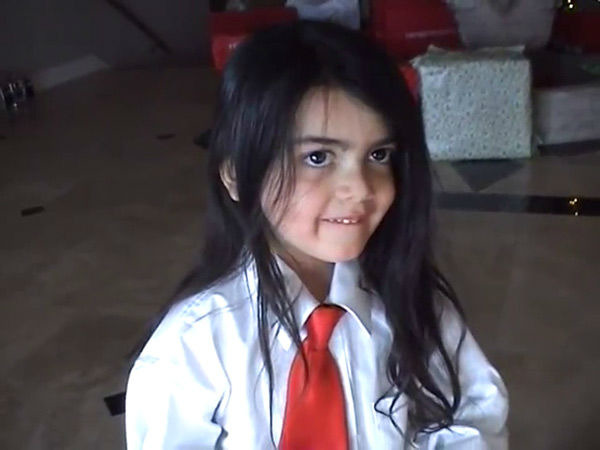 Not long ago the third Jackson’s son changed his name for Bigi. He hated the pretentious name Prince and was bullied for it.

In spite of all the criticism, which Michael Jackson received during the last years of his life, he was a great father and his kids loved him. In June 2009, when Jackson passed away, Prince, Paris and Blanket cried at his funeral.

But how do Michael Jackson kids look like now, 8 years after his death?

Michael Jackson Kids Today – Their Careers, Net Worth and Plans for Future 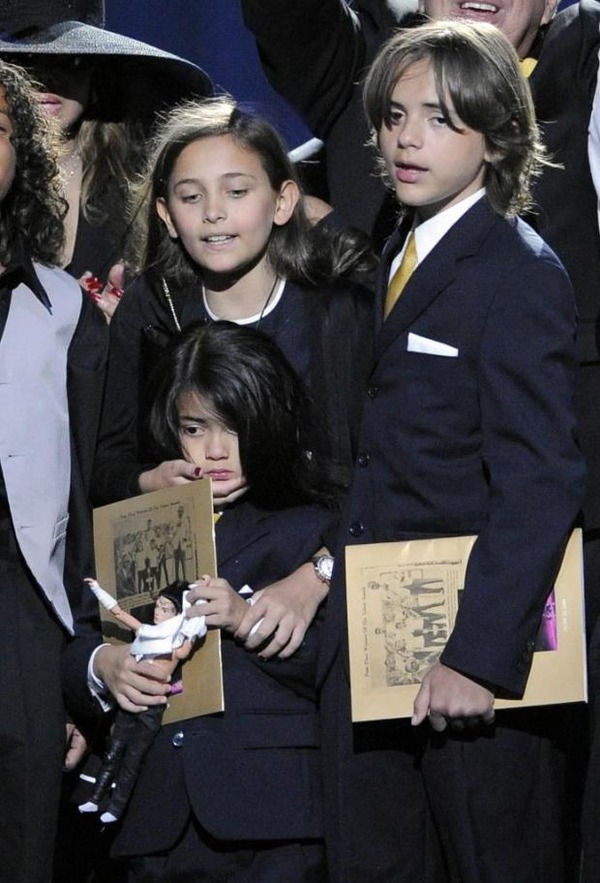 Life after Michael exists, now three of his kids know that. The pop star children grew up, but they still love their father and want him to be proud of them. 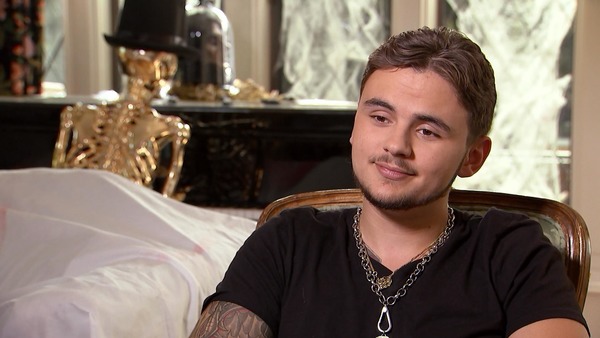 Prince is now a student of Loyola Marymount University. He studies business science there. The boy has never been interested in singing, acting or any other kind of entertaining activity. Instead of it he got interested in journalism. In 2016 he put into practice his knowledge on business and founded the company “King’s Son Productions”.

Paris Jackson is for now the only child of a late pop star, who followed his path and started to work in entertainment industry. She tried her hand as a model and actress.

In 2013 Paris did something, which shook the world. She attempted suicide. Then the girl swallowed pills and cut her wrist with a knife. Then doctors saved her life. Nowadays Paris tells that she is happy. She was dating a drummer Michael Snoddy, but in February 2017 the couple announced their split. Nowadays Paris Jackson enjoys her single life and makes career. 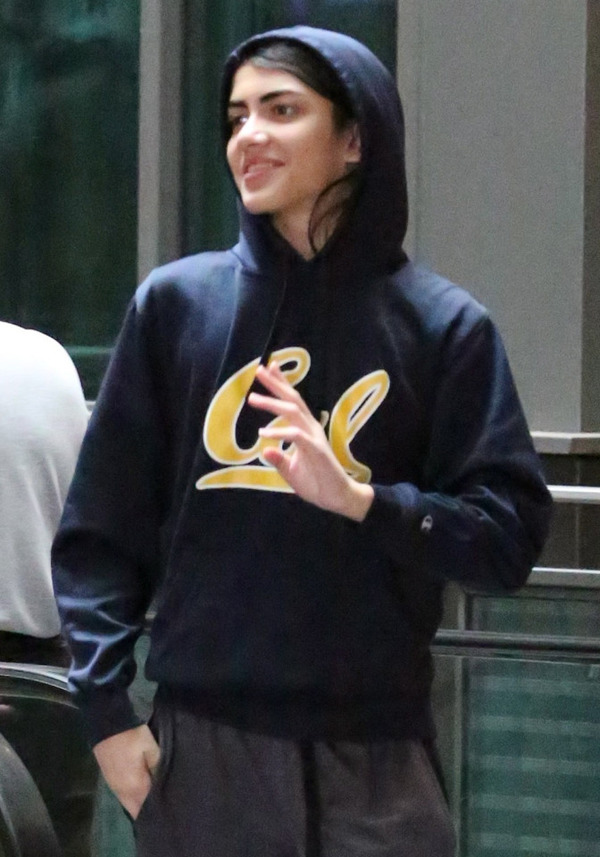 Bigi Jackson is just 15, and he tells, that his life has changed for better after the change of his name. Currently he is a pupil of a private school in LA. He is a big sports enthusiast.

Although three kids of a music legend looked really wretched at his funeral, nowadays they seem to be successful and have a great mood.

By the way, Prince, Paris and Bigi are also very rich. It is hard to believe, because Michael Jackson went bust and was preparing for a concert tour to improve his financial situation a couple of months before his death. 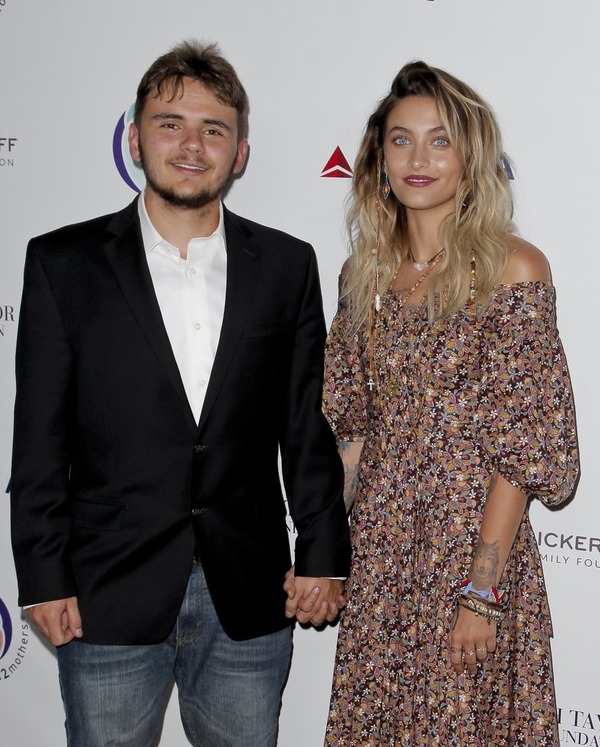 Although Michael Jackson has always tried to keep his kids away from public attention, now they visit social events from time to time. No doubt, Michael Jackson kids are the best singer’s heritage, which he left behind.