Home > Celebrity Family > Husband > Mila Kunis Kids and Husband: “Ashton was crazy from Demi Moore. And I was depressed after 9 years with Macaulay Culkin”

Mila Kunis Kids and Husband: “Ashton was crazy from Demi Moore. And I was depressed after 9 years with Macaulay Culkin” 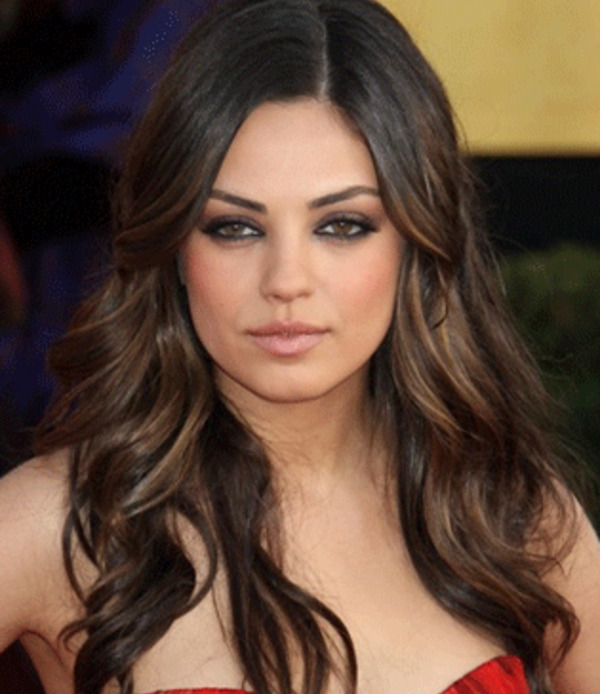 Mila Kunis is not the most popular actress in Hollywood. She struggled for years till finally won the role, which made her popular – Lily in “Black Swan”. There are people, who can easily reach everything they want, but Mila Kunis, certainly, doesn’t belong to them. She put 100% of efforts in her career and waited for her big break for many years. And the same happened in her personal life. 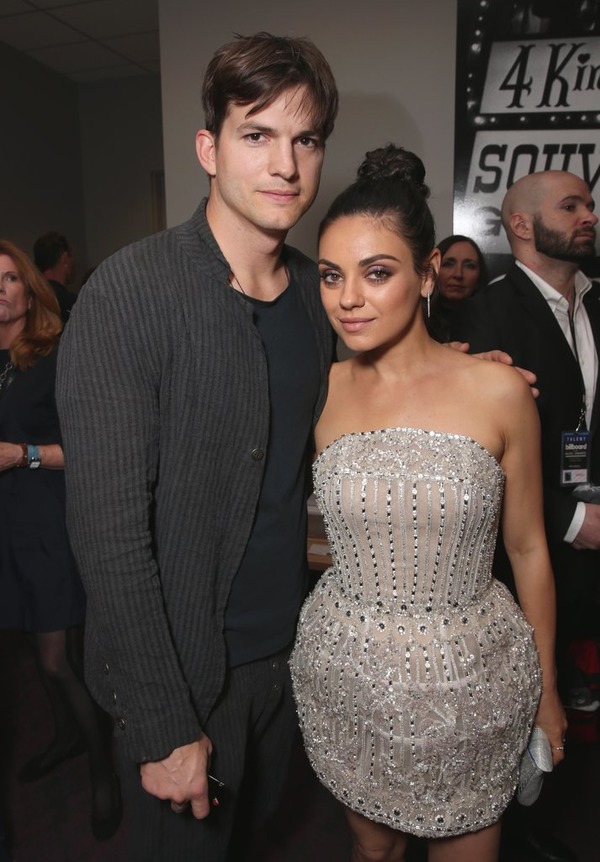 Mila Kunis starred in “Bad Moms” with Kristen Bell and Jada Pinkett Smith. But in her real life she is by no means a bad mother. On the contrary, Mila is happy to solve the childish problems of her son and daughter. “If I had an opportunity, I would become a mother much earlier”, the across opens up in her interview. 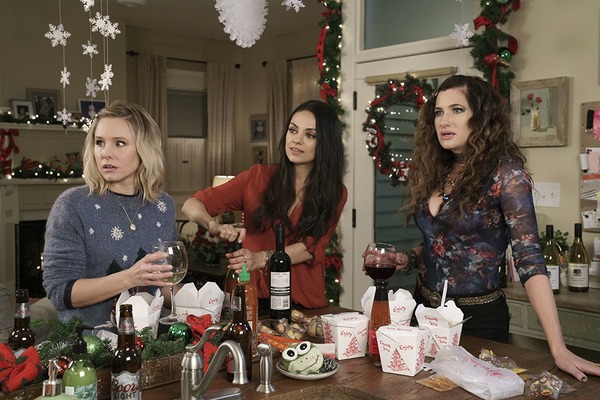 Becoming a mother is a serious step in life of any woman, and it’s especially hard for an actress to dare to do it. But Mila didn’t hesitate and refused from each career offer. She was ready to welcome her kid. 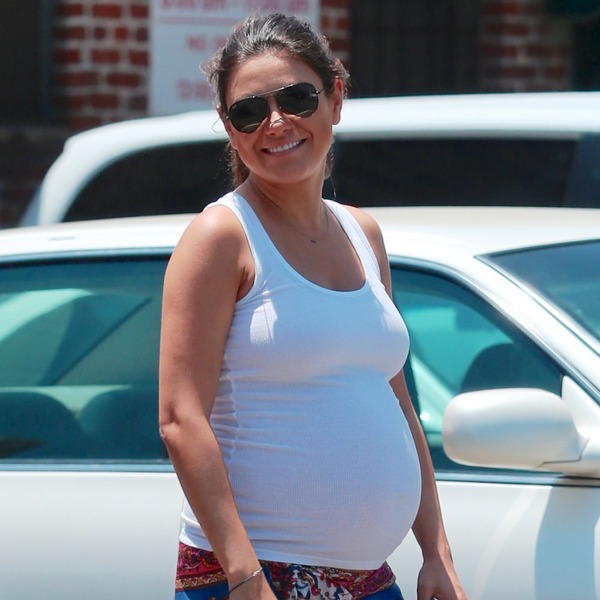 During her first pregnancy, Mila Kunis became a guest star at Ellen DeGeneres show. She told that she was going to give a birth naturally and without epidural. She also confessed that her then-fiancé Ashton Kutcher supported her and fulfilled all her cravings, like having a pickle at night etc. He was even learning Russian to speak this language with a kid (Mila Kunis is from Ukraine and she speaks Russian fluently). 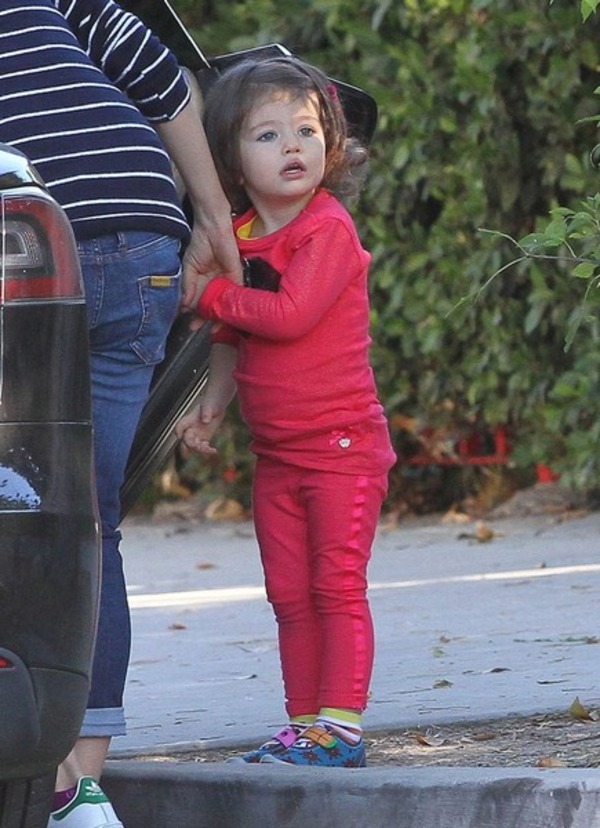 With the great support of her man, Kunis finally gave a birth to a sweet girl. Wyatt Isabelle Kutcher was born on the 1st of October, 2014. They both turned to be great parents. Ashton and Mila decided not to hire a nanny and cared about their kid themselves. Kunis and Kutcher refused from roles and stayed at home for a while. By the way, Ashton, who has already had some parenting experience with his ex-wife Demi Moore and her three daughters, turned to be even more skilful in changing diapers and calming the small daughter down. “I learnt special words, which I could tell to my daughter in whisper – and she stops crying immediately! I sometimes even call myself “a baby whisperer”, the actor said. 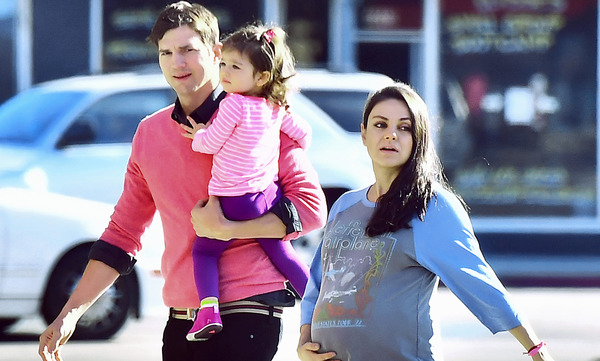 Now Wyatt is three years old. According to Mila Kunis, sometimes she lets her kid to drink wine, on Fridays mostly.

The first parenting experience made both, Mila and Ashton, so happy, that soon they decided to repeat it. “We understood that we wanted to have another kid immediately after Wyatt birth”, Mila Kunis explained.

Soon the actress appeared in public with a neat belly. She told that she felt great, but was afraid of sleepless nights, which would certainly come after the baby birth. 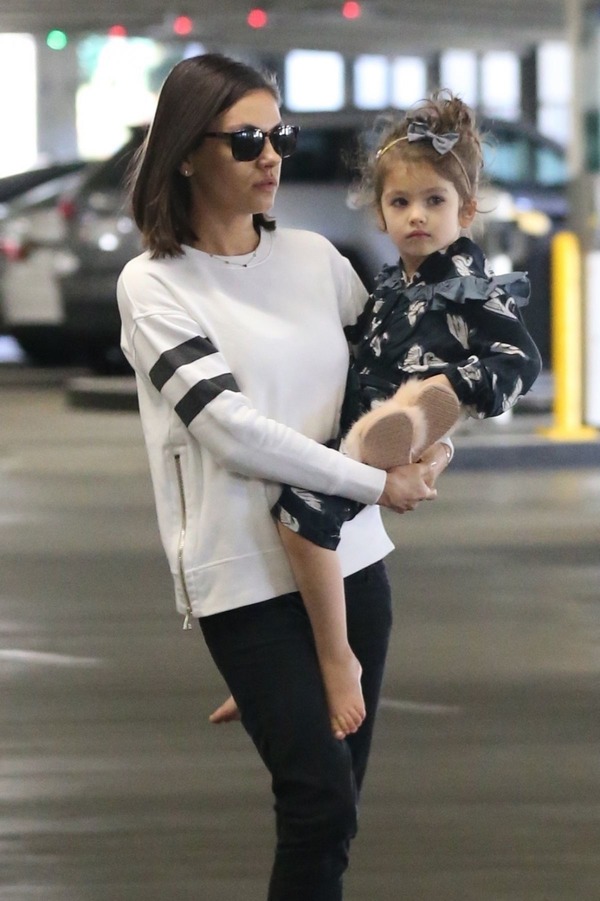 Ashton Kutcher and Mila Kunis son Dimitri Portwood Kutcher was born on November 30, 2016. By the way, the boy’s name was suggested by Mila Kunis. She told in summer, 2016 that Donald Trump was going to become a President and that she was going to name her son “Dimitri”. Then Ashton didn’t listen to the last part of the phrase. But he started to argue about Trump possibility to win election. But Mila was right in both cases – as for presidency and as for the name. 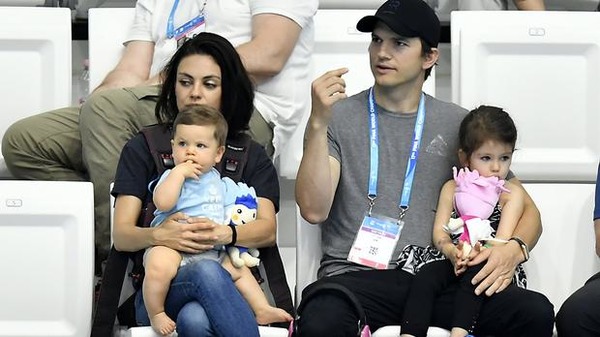 Two stars keep in secret, if they are going to become parents for the third time, or two kids are enough for them. “We don’t simply know it”, the actors say. 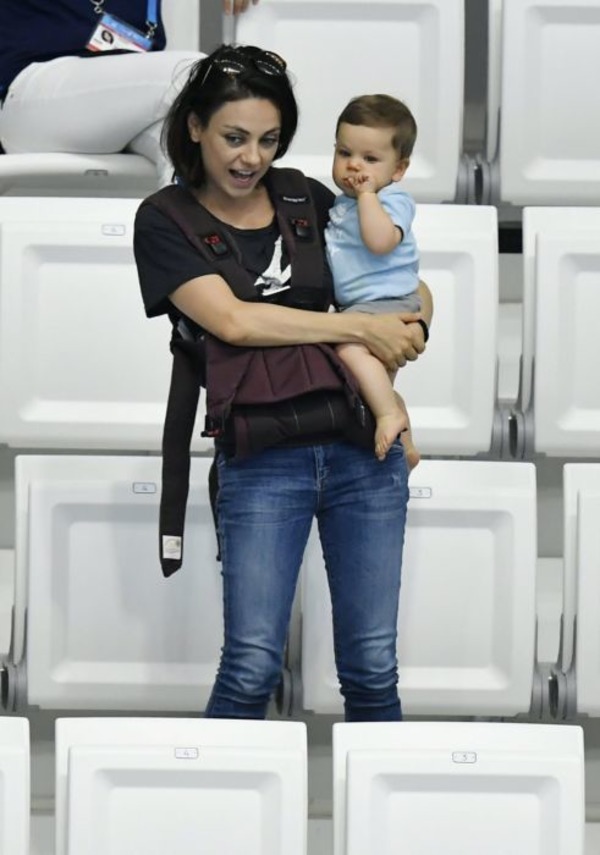 In any case, these two celebrities have a strong romantic connection and have created a strong friendly family. Of course, that was possible because of Mila Kunis courage and Ashton Kutcher wisdom. He is a really great husband, so let’s get a little closer to him! 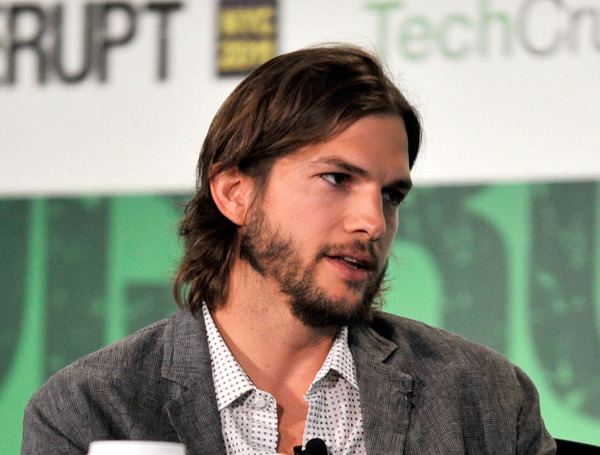 Mila Kunis and Ashton Kutcher have a long love history. They met at “That '70s Show”, when both were teenagers. After that Mila and Ashton Kutcher moved into different directions. They met again in 2012 and started dating around that time. As Mila told later, the decision to become a couple was hard for both. “Ashton was crazy from Demi Moore. And I was depressed after 9 years with Macaulay Culkin”, she said. But finally they coped with their fears and started dating. In fact, Mila and Ashton had a lot in common. Both struggled for their success. Like Mila Kunis, Ashton Kutcher also comes from a poor family.

Christopher Ashton Kutcher was born in Cedar Rapids, Iowa on a cold winter evening (the 7th of February) in 1978. His parents, Larry and Diane Kutcher, worked at a factory, and none of them could boast with a huge salary or successful career. 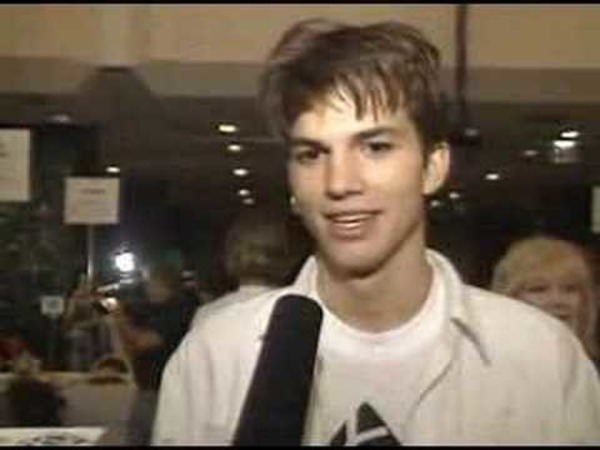 From the first years of his life Ashton Kutcher knew, what responsibility is. He had to care about his twin brother Michael, who had inborn cardiomyopathy.

When Ashton reached his teens, he had to deal with two disasters at the same time. First of all, his parents separated, and in addition, his brother had to pass through a complicated surgery. Around that time Ashton Kutcher was even ready to contribute his heart to his brother. 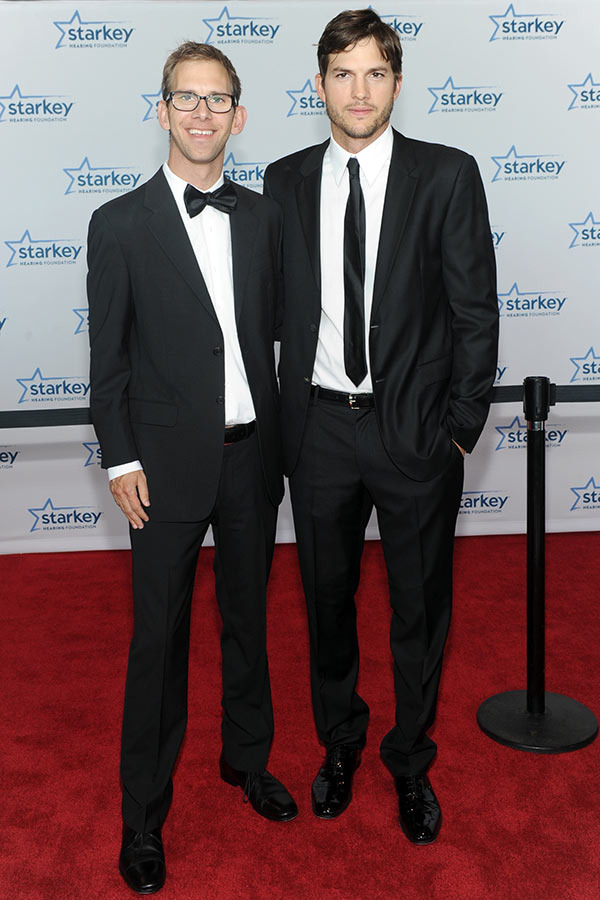 Ashton Kutcher is a unique personality. Extremely hot and handsome, he joined that masculine appearance with deep brain and sensitivity. Kutcher was a good pupil at Clear Creek Amana High School. Having graduated from there, he entered University of Iowa, where he studied biochemical engineering.

Kutcher didn’t plan to enter entertainment industry, but in his youth he was in constant search of income, because his mother couldn’t pay for his education. Ashton served at a factory and tried a number of other odd jobs. But suddenly he got an offer, which he couldn’t refuse. 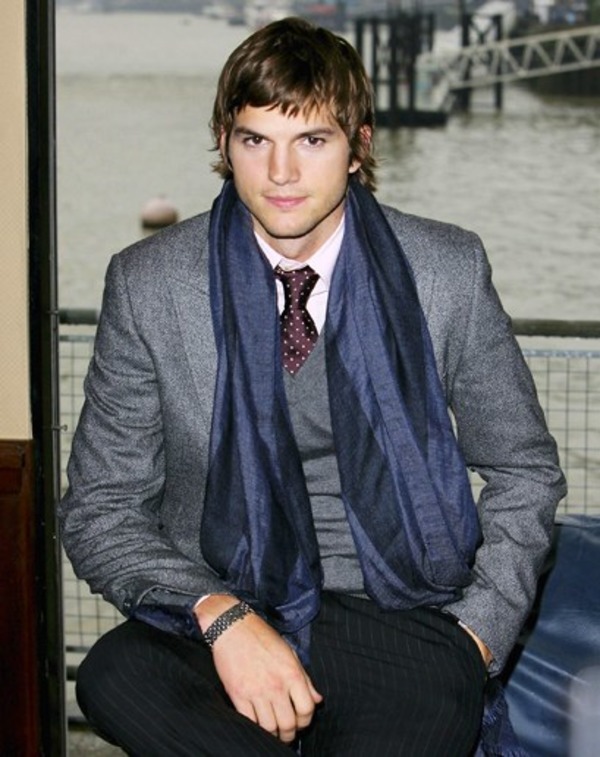 One day tall and toned young man was noticed by a talent scout. Kutcher had never heard about male modeling before, but when he heard, that this – not so hard – work was paid really high, he immediately agreed. Thus Ashton Kutcher became Calvin Klein model.

As the legend says, it was not hard for Ashton Kutcher to turn from male model into an actor. Most of the models year by year try to get the role and even if they managed to appear in some movie, very often they get a wave of negative comments about their work. But in case of Aston, he got the role immediately – and soon he has already developed a large fan base as an actor. 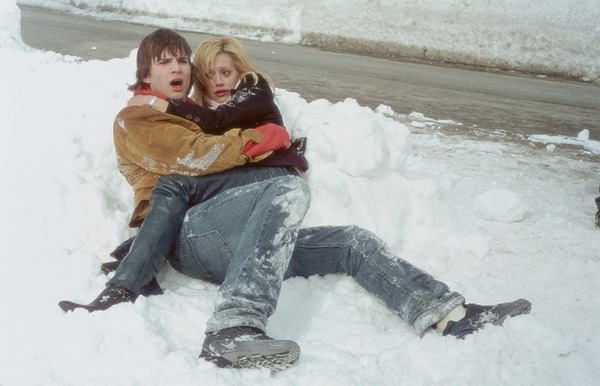 During his years in Hollywood, Ashton Kutcher appeared in more than 50 movies. Ashton Kutcher is a versatile actor, and he took part in films of various genres, starting from actions and ending with romantic comedies. In 2000, being a young promising actor, Ashton won a tiny role in an adventurous film “Reindeer Games”, where he got a chance to look at a close distance at Ben Affleck and Charlize Theron work. In 2003 he played the leading male part in a light and romantic film “Just Married”, at the set of which he met Brittany Murphy and they even had a short romance. 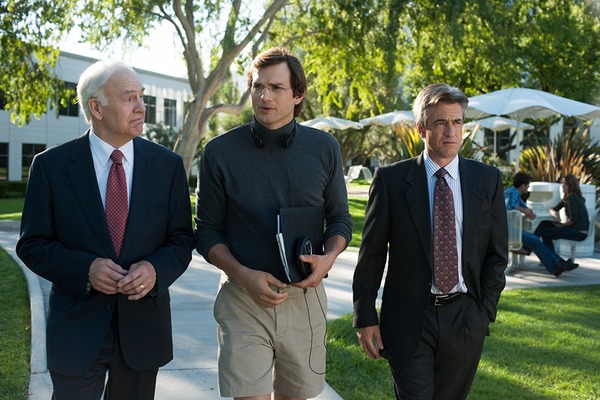 Among the recent Ashton Kutcher screen works is a biographical drama “Jobs”, where Ashton played the leading role and even produced this film. It’s always hard for an actor to portray a real person on the screen, because he is always compared to an original personality, an idol, and is always worse of him, of course. But Kutcher, who is interested in digital technologies and makes lots of cash through investments in this area, decided to make this risky decision and portray late Steve Jobs.

Frankly speaking, “Jobs” didn’t become a massive hit, but it earned more than $35 million in the box office, which is moderately successful (in comparison with $12 million budget).

Currently Ashton Kutcher is busy with playing the ex-football star in the series “The Ranch”. He has already appeared in all 40 episodes of the series and is going to work on it in the third season too. 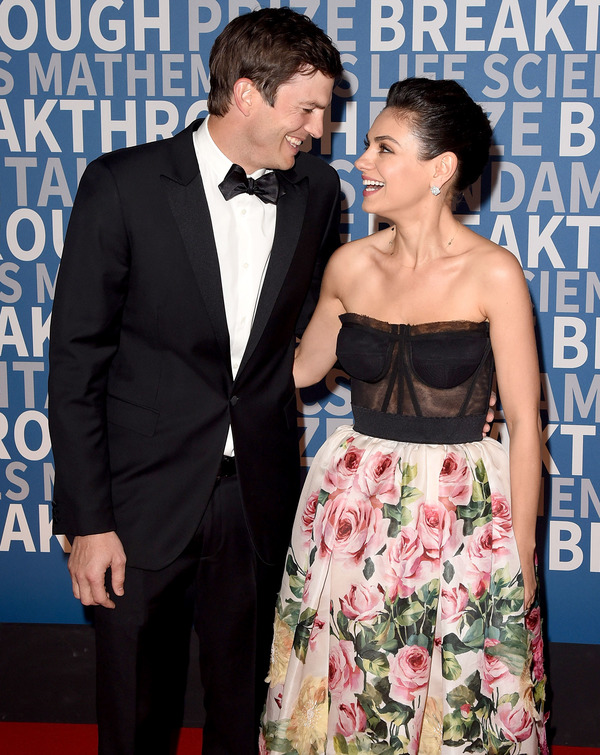 We have already told you about Ashton Kutcher and Mila Kunis wedding and family life in “Ashton Kutcher Wife”, so we won’t repeat it again. Let’s just listen to Ashton Kutcher words about his wife Mila Kunis, taken from his interview. “The most amazing mom in the world is my wife, Mila Kunis. I go away in the morning and come home in late evening. And as always – she looks perfect!”