Milla Jovovich Net Worth is $36 Million 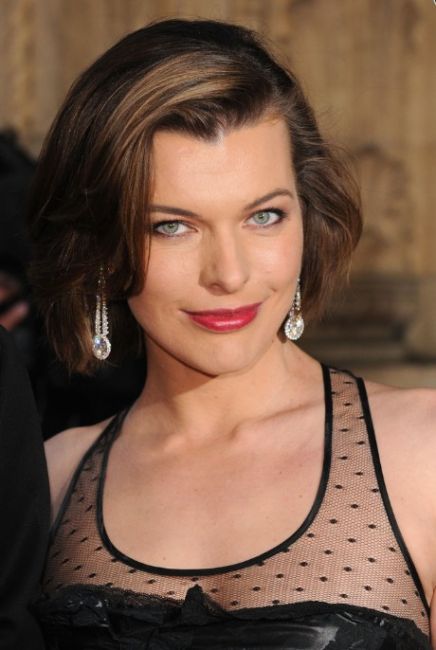 Probably, Milla Jovovich is a lucky person, because she fulfilled many of her dreams. She had become popular and rich, she remains beautiful in spite of her “more than 40” age and she is a happy wife and a mother. Her net worth is estimated as $36 million. But to achieve her peak, she worked really hard.

Milica Natasha Jovovich was born in Kiev, Ukraine, which then was the territory of Soviet Union. Her mother was a famous Soviet actress and her father was a pediatrician. Her mother, Galina, devoted all her free time to her two children – Milla and her brother Marco.

When Milla was in her kindergarten age, she and her family moved to USA. There the girl visited Los Angeles High School, but her teen years were not happy. She was very tall and incredibly slim, she came from Soviet Union and children bullied her for this. Milla was nicknamed as “Russian spy” at school.

That’s why, when she was offered occasionally to try her hand as a model, she agreed, although she was in the 7th form then. Milla became so successful in it that soon dropped out her studying and devoted all her time to modeling. Her debut was phenomenal. Jovovich was just 11, when she was included in Revlon commercials, named “Most Unforgettable Women in the World”.

Initially Milla’s main source of wealth was fashion. She modeled for the most reputable cosmetics and fashion trade marks in the world like Dior, L’Oreal, Versace etc.

She turned into actress and gained kudos in this area too in early 90-s. Her big break was the role of Michelle in a comedy “Dazed and Confused”. Her other popular projects are “The Fifth Element”, “Resident Evil”, “Zoolander” etc.

Milla is ready to share her success with the others. In 2005 she organized charity organization for children in Ukraine.