Nicole Kidman Net Worth is $120 Million 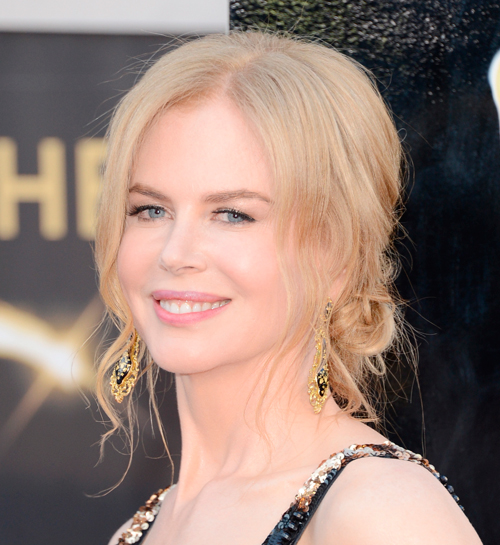 It is not easy for a woman to keep in balance her personal and professional life. Nicole Kidman, a celebrated Hollywood actress, combines the role of an internationally popular star with the role of a wife and a mother. She has four children and a net worth of $120 million.

Nicole Kidman started to save her multimillion net worth since she was 15. Then the talented teenager, tall, slim and incredibly charismatic, was noticed by filmmakers. She starred in school performances, took dancing lessons and dreamed to devote her whole life to acting. Kidman was cast to her first film “Bush Christmas” and earned her first money, still being a high school pupil. Later she appeared in Australian drama “Wills & Burke”. The beauty caught international attention at the tender age of 22, when she portrayed Rae Ingram in Phillip Noyce thriller “Dead Calm”.

Nicole Kidman was included in Forbes list of 20 richest women in show business. Her salary for play in “Margot at the Wedding” was $6 million and for “The Invasion” she was paid $16 million (estimated by Therichest).

But movies are not the only one source of Kidman’s net worth. She makes money, endorsing various brands. The star is Omega Watches ambassador since 2005. She participated in Chanel No 5 commercial that very year and also appeared in advertisement of Nintendo.

Nicole Kidman has already earned several times more than an average American makes per his whole life. But she can’t stop earning and accepts offers from famous film directors to act in their movies. Thus in 2017 fans will see her in “The Beguiled”, “The Killing of a Sacred Deer” and some other projects.

Nicole’s talent was proved not just with her incredibly big salary, but also with numerous awards. Thus she was the recipient of Oscar for her play in “The Hours”.