How Much is Nicole Murphy Worth?

Of course, Nicole Murphy is not the richest model and reality TV star in the world. But she owns $5 million fortune, which is an impressive amount for most of people worldwide. How did she earn it?

Nicole started her career as a model. Having gained initial equity, Nicole Mitchell found the right person to date. She met a popular actor and producer Eddie Murphy. They started dating and then welcomed their first daughter. Finally Eddie proposed Nicole and they tied a knot at a small private ceremony. 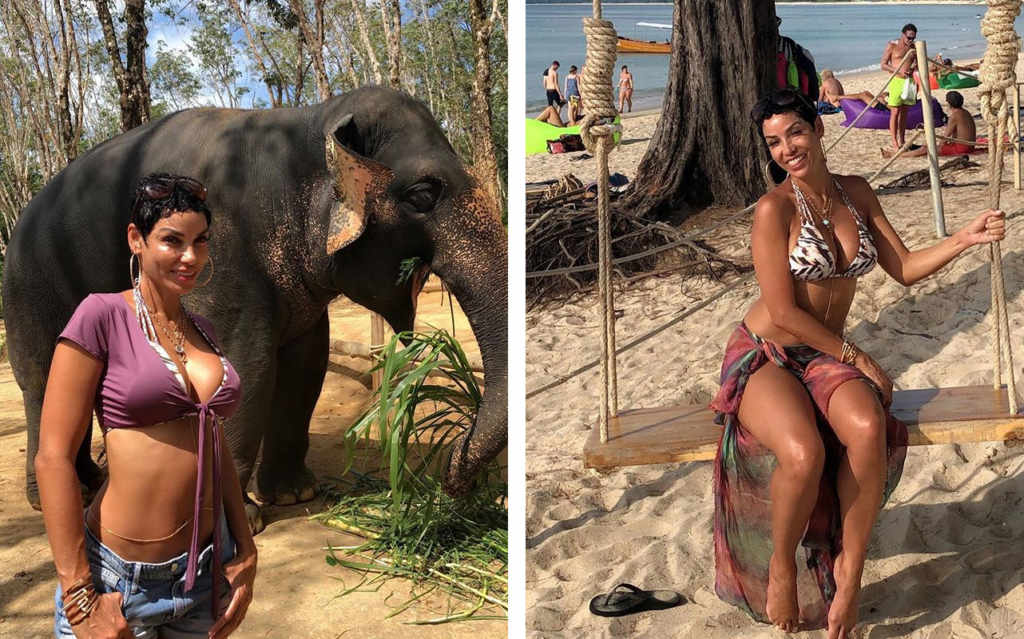 As Eddie Murphy wife, Nicole didn’t care too much about her career. Her husband made tons of money and showered Nicole with luxurious things and expensive clothes. They had four more children together. The ex-model Nicole Murphy seemed to be rich and happy.

But in 2006 Nicole and Eddie Murphy filed for divorce. Although she got $15 million check from her husband as divorce money, still Nicole had to start working again. She started modeling, in spite of the fact that she was close to her 40 that time.

Nicole Murphy lost the part of her wealth and was close to bankruptcy after the deal she made with a conman Troy Stafford. Nicole has known Troy since her teens. They say it was he, who introduced the pretty model to the rich comedian Eddie Murphy. When Nicole and Eddie separated, she got $15 million check from her ex. Troy heard about it and contacted Mrs. Murphy immediately. He convinced her, he could help invest her money into oil industry and other ventures. But he just spent her wealth for his own whims.

As a result, Nicole Murphy lost $7 million of her wealth. Although Troy Stafford was arrested, Nicole couldn’t get her money back. She was close to depression. But then she got herself together and began to work to improve her financial situation. Nicole Murphy restarted her career of a model. In addition she designed the line of jewelry, named FLP by Nicole Murphy and produced TV series “Hollywood Exes”. She also acted there alongside Jessica Canseco, Mayte Garcia, and  Andrea Kelly.

Nicole Murphy’s black stripe was officially over, when he got engaged to a TV host and ex-football star Michael Strahan. They bought a mansion together and were ready to start family life, but in 2014 the couple announced their split. They informed their fans, the reason of the separation was too busy schedule.

When the girl is beautiful, lots of doors are opened in front of her. Small Nicole Mitchell was incredibly beautiful. Although she was born in a middle-class American family, no doubt, her success was inevitable.

Nicole grew up in a family of a pilot (father) and homemaker (mother). She has three brothers. Nicole’s parents tried their best to provide the children for everything they needed. But the beauty soon understood, her great appearance can serve as a powerful source of income for her. When the girl turned 13, she took part in a model contest and won it. Thus the teenager signed her first deal with Ford Modeling Agency and started to make money by her own. She worked for reputable rich brands, like Chanel, Yves Saint Laurent and some others.

When Nicole was just 18, she visited NAACP Image Awards. There she met the rising star Eddie Murphy. They started dating and then moved together. In 1989 they welcomed a daughter Bria. After that Eddie finally proposed his long-term girlfriend. They wedded in 1993 in New York and spent long 12 years together. In 2006 Nicole and Eddie divorced, and she started to work again to make the ends meet.

Nicole Murphy bought a lavish mansion with her then-fiancé Michael Strahan. Although the residence was listed for sale after their split, it is worth to look at.

The estate cost the couple astonishing $17 million. For that amount the house owners got 15,600 sq.ft of living space.

The house looks light and festive. It is made of white stone, consists of 2 floors and shines like a diamond, lit with numerous lamps.

The property is incredibly great, but Nicole had to split with it too after her relationships to Strahan hadn’t worked.