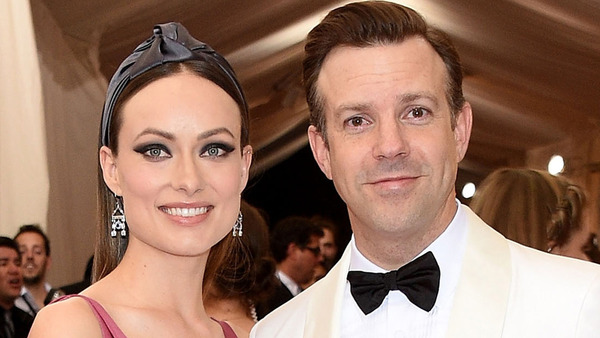 – Think before you leap! You shouldn’t get married at such a young age! – these words young Olivia Wilde heard from her agent. The girl, who shared great news about her wedding, stood motionless. She hoped to receive some pleasant words or congratulations, that’s why her agent’s reaction shocked her.

– You are just a debutant! If you want to make a career of an actress, you shouldn’t play against Hollywood rules! – the agent added. 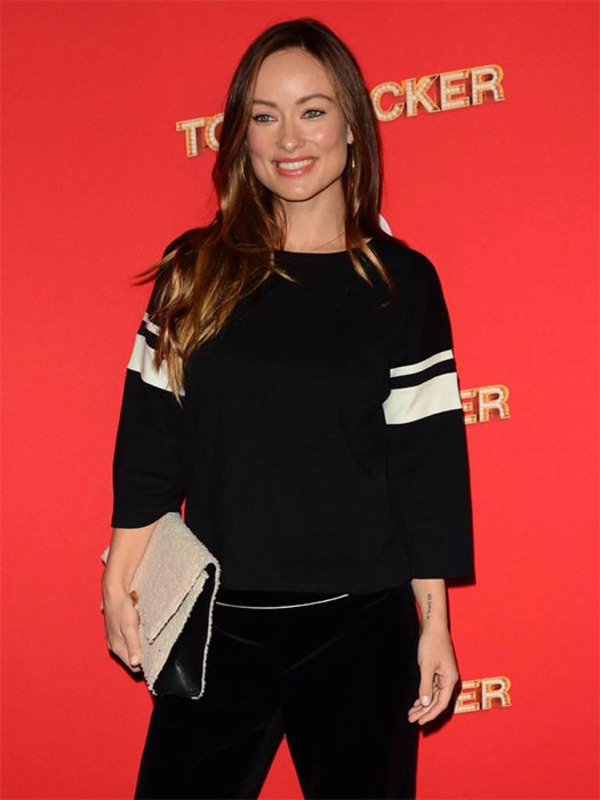 But for a beautiful blonde Olivia Wilde most of Hollywood rules were not understandable. Why must she participate in long photosessions? Why is it necessary to answer numerous personal questions? And finally, why must she keep in secret her young husband? She is so happy with Tao!

Tao Ruspoli – Italian Prince, Who Has His Own Rules 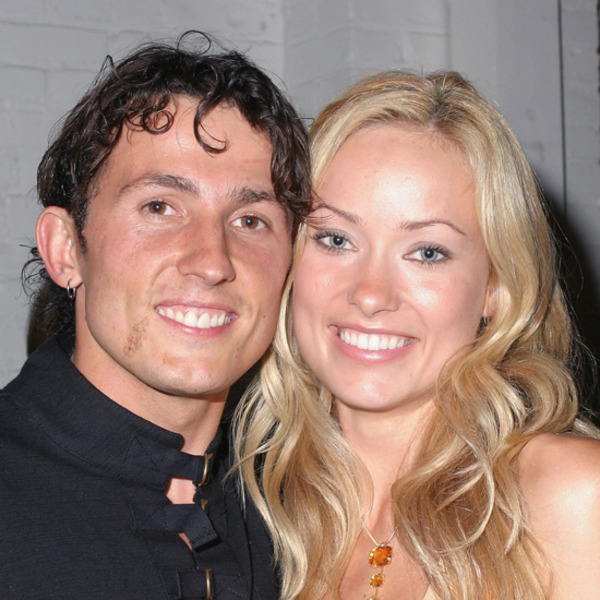 Olivia Wilde met Tao through her parents’ friends – the actress Julie Christie and her husband Duncan Campbell. They knew Tao’s parents – noble Italian aristocrats. His princely family has 7 hundred year history. Tao was brought up in a big family castle in Italy.  But at the moment of their meeting, Olivia was not aware of his noble roots. He saw just a long-haired young man in old-fashioned jeans and comfortable sandals. He could buy the most expensive leather shoes or a brand car, but those old sandals and a hoopty Ford were enough to make him happy. 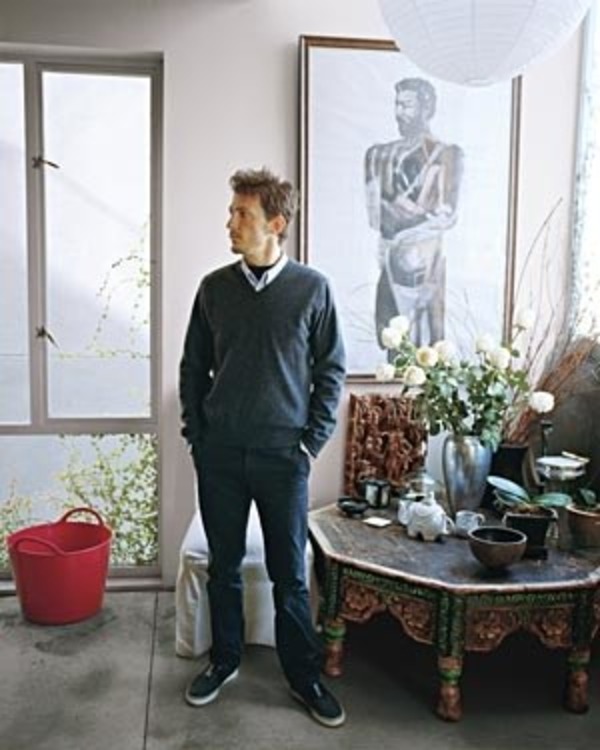 Tao Ruspoli earned his living as an independent film maker. He wanted to do the things, which he liked, even if they were not commercially successful. He wanted to play against Hollywood rules – and that was the thing, which caught Olivia’s attention at first.

To some extent, Olivia was a rebel too. She comes from a noble Ireland family. Her grandfather, Claud Cockburn, was a popular novelist and journalist. He worked in London and was famous for his vivid writing style and ability to tell the truth in any situation. Later Claud had to leave his job as he was accused of cooperation with the Communists. Her grandfather really collaborated with Soviet newspapers. But in any case – he was not a Communist or a spy.

The prideful Claud didn’t say a word for his defense and moved to Ireland, where he founded his own issue. From that moment Cockburn family tradition was to become a writer or a journalist. And Olivia shocked her parents, when she told, that she wanted to become an actress. 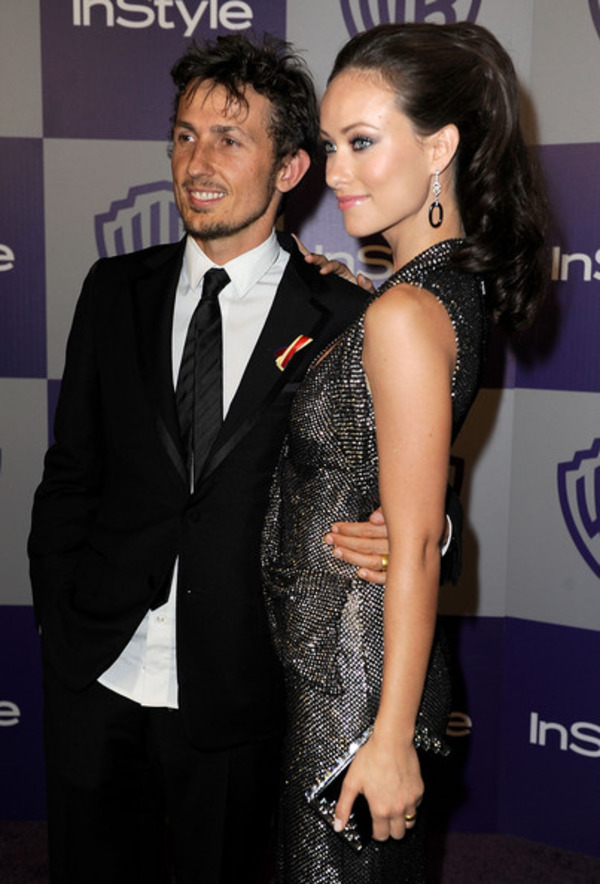 Her acting career was too important for her – and at first Tao supported each her step. It was he, who convinced Olivia to accept the offer and portray Alex Kelly in the series “The O.C.”. At first Olivia considered this heroine “too empty" and didn’t want to play her.

But her agent as well as her husband convinced the young actress to sign the deal. “That would make you popular”, the agent said. And he was right. Very soon Olivia’s face appeared on numerous magazine covers. Journalists discussed her personal life and propagated rumors of her bisexuality. According to “The O.C.” script Olivia had to kiss another popular actress Mischa Barton. Wilde was so natural on the screen, that immediately she was rumored to be bisexual.

In fact, those rumors became her trade mark. That initial fame brought Olivia Wilde first problems with Tao – she was too busy to care about her husband – and was captured by the first career success. Later she cemented her position of a young star with the role of Thirteen in “House, M.D.”.

That screen work turned young beauty Olivia Wilde into international sensation. She was ranked as the one of hottest women in the world by “Maxim” several times.

But Olivia Wilde was too clever to be satisfied with the image of “a hottie”. That’s why she was very happy, when got the role of Quorra in an adventurous fantasy “Tron”. That film turned her into serious Hollywood actress. But it ruined her marriage to an Italian Prince.

Tao Ruspoli was struggling for his place in Hollywood too. But he was not so successful in it as his beautiful wife. In 2008 he presented an interesting project – the film “Fix”, which Tao made, visiting various places in LA during 16 summer days – without making any break.

His work was interesting and was valued by real lovers of dynamic movies, created in a documentary manner. But that was not enough to make the producer a star. 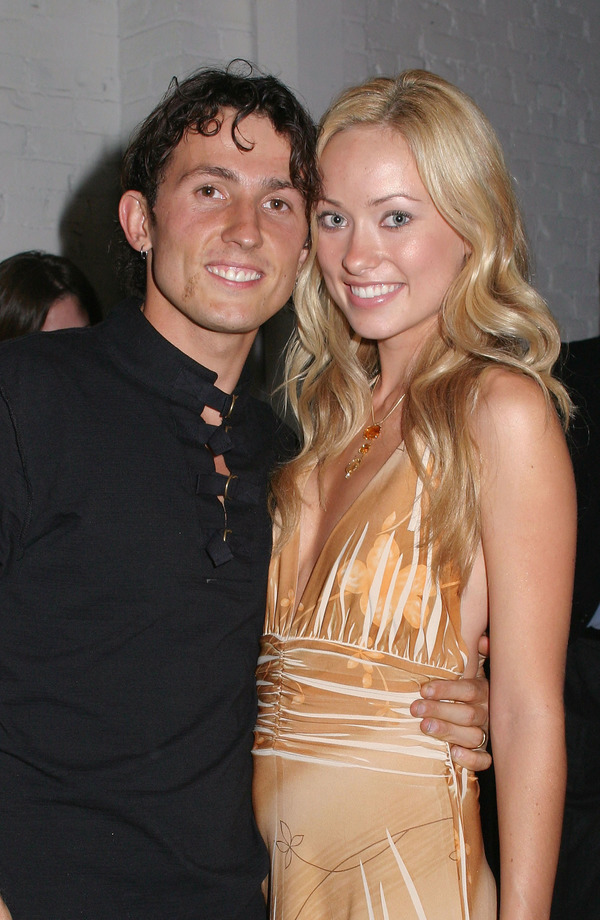 After her filming “Tron” Olivia and Tao separated. They say, the couple is still officially married, although each of them followed the own way. Tao continued to live according his own rules. And Olivia had no idea, in what direction to move. But soon she met a person, who helped her.

Jason Sudeikis and Olivia Wilde – Returning to Herself 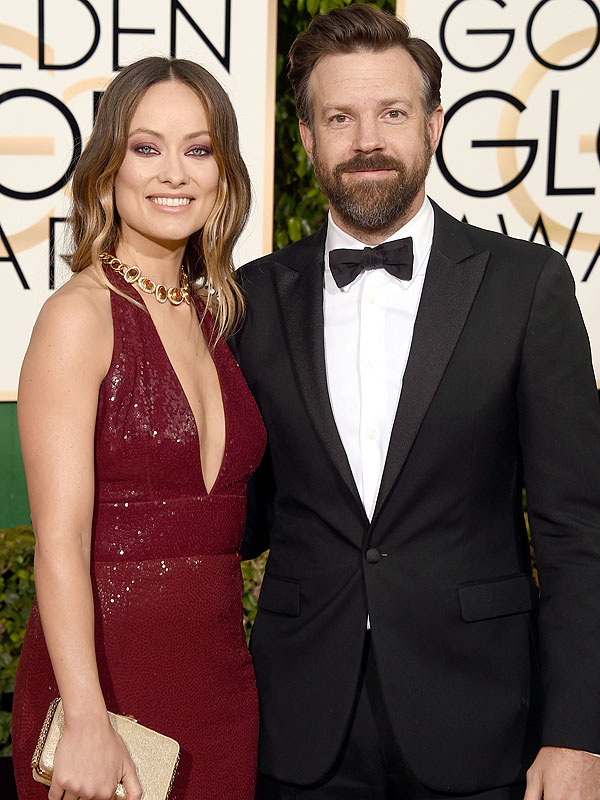 At first Olivia hated those “Hollywood rules” and tried to be herself – she turned into an environment activist and joined “Artists for Peace and Justice” organization. The actress even changed the color of her hair from natural blonde to brown – thus she wanted to avoid the stereotype of “empty sexy blond girl”. Nevertheless at first Olivia’s attempts to turn into serious actress, who is judged not by her hot looks, but by her serious movie roles, still were not successful. Journalists have always asked her about “bisexuality” and refused to talk about her social activity. 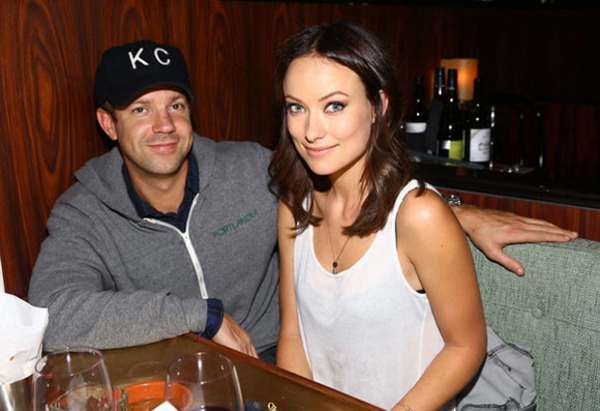 In her personal life there was a big gap too. She removed from Tao’s house and lived alone. Most of men, whom she met, considered her as a bombshell, but not as a woman with a sharp brain.

Everything had changed, when she met Daniel Jason Sudeikis.

Olivia Wild comes from an upper class British family, while the actor Jason Sudeikis is from American middle-class family. His parents were busy in touristic business. 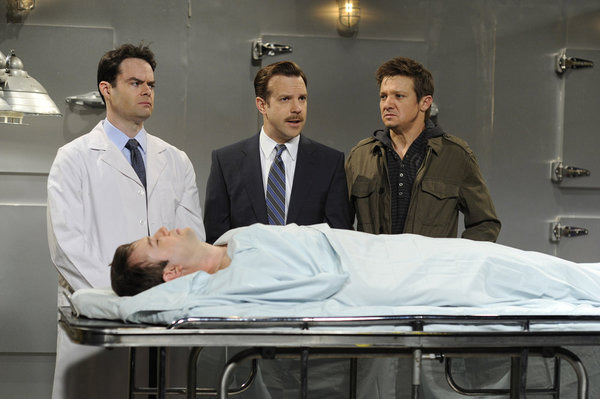 Having graduated from a high school, Jason became an actor. He worked on television for a long time in various kinds of shows; among them was famous Saturday Night Live, where at first he served as the author of sketches.
Later he was involved into the cinema making, and appeared in several successful movies and TV projects. He played in “It's Always Sunny in Philadelphia”, “The Ten” and “What Happens in Vegas”.

While working at one of his projects, Jason met his first wife, a screenwriter Kay Cannon. They got married in 2004 and lived together during 6 years.

But then the couple broke up because of “irreconcilable differences” – the most popular reason of celebs’ split. 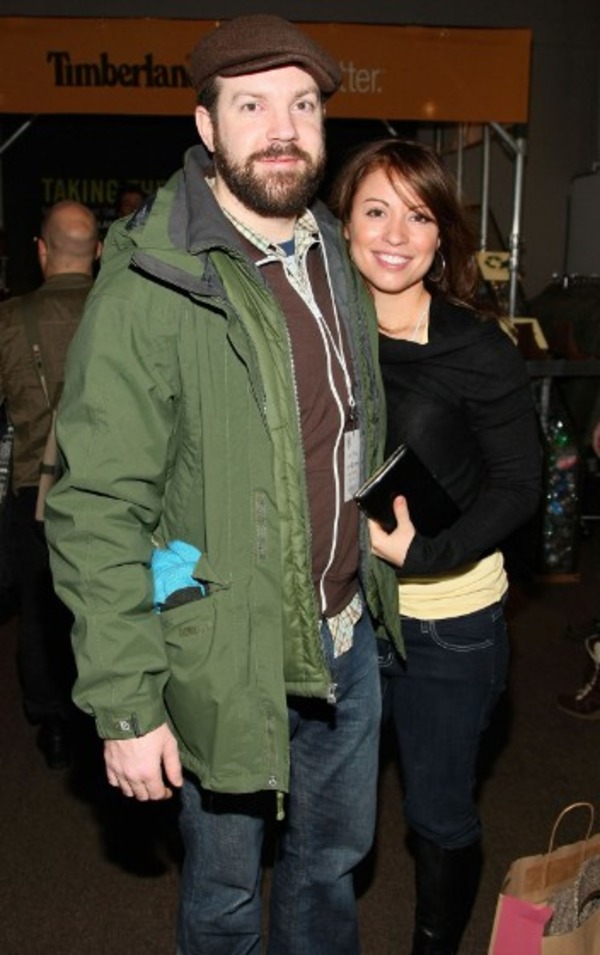 During many years Jason Sudeikis lived alone. He threw himself into work and didn’t think about love life. But she had changed everything…

As later Olivia Wilde opened up to her fans, she was the first to make a step. In 2011 Olivia and Jason were guests at SNL. Then she liked everything in him – his manner to talk, his manner to joke and his manner to dance. The beautiful actress, who had always been the most precious men’s dream, talked to Jason, and he even wrote her phone number. But he didn’t call…

Like a real master of acting, Jason Sudeikis could take a long pause. He didn’t call Olivia during several months, and as she confessed, that was the thing, which had romanced Olivia. 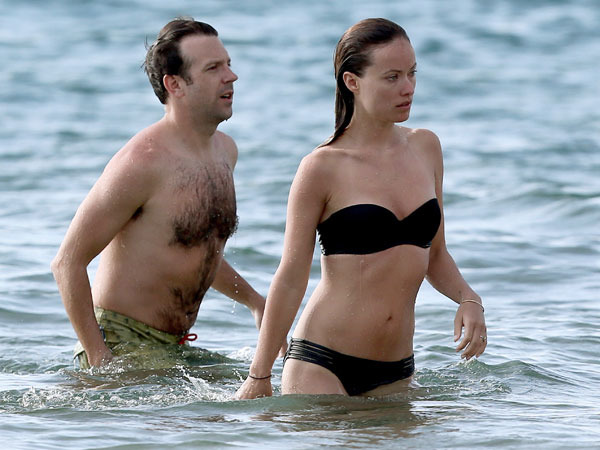 To invite Olivia for a date, Jason waited during 6 months. Two years after the first meeting the couple got engaged. And they are not married till now – although had already welcomed two cute kids. 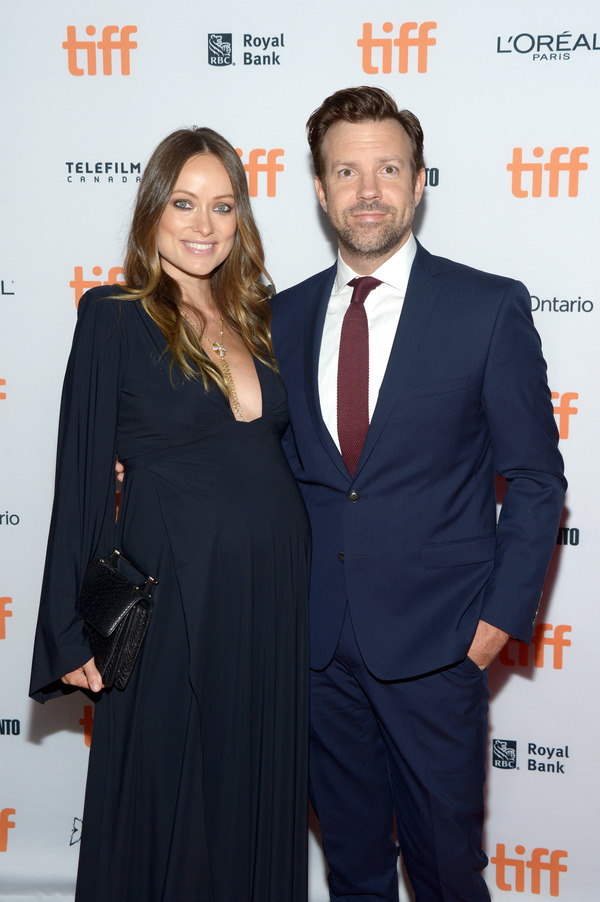 Otis Alexander Sudeikis is the first kid for both, Jason and Olivia. He was born on the 20th of April, 2014. Till now the parents like to watch their little boy to evolve. Of course, Otis is the source of anxiety for Jason and Olivia too. “That feeling is known to everyone, who has kids”, Jason told. 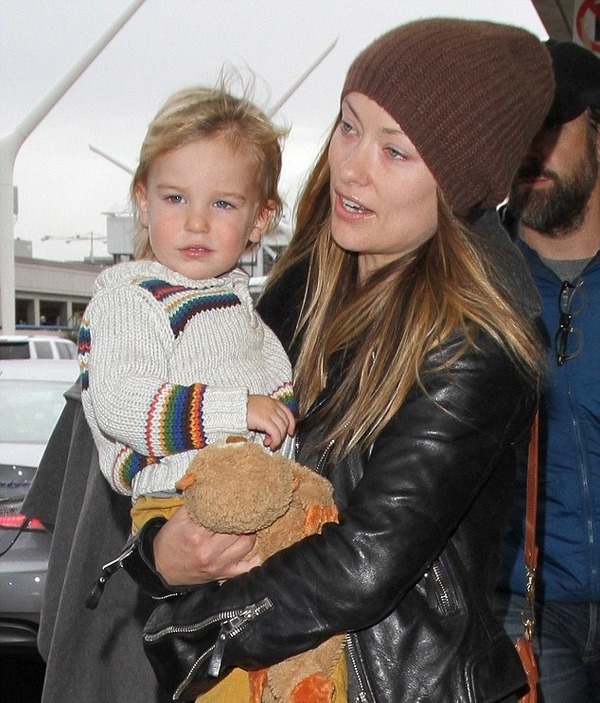 Small Otis Alexander spends his carefree days, playing with next-door boys. As his father said at Jimmy Fallon show, Otis is the fan of basketball. He was a late walker and stood on his feet just at the age of 16 months, when he had noticed, that his peers were much taller than him (who was still crawling). Now the boy plays basketball under supervision of his father, who is a big basketball enthusiast. 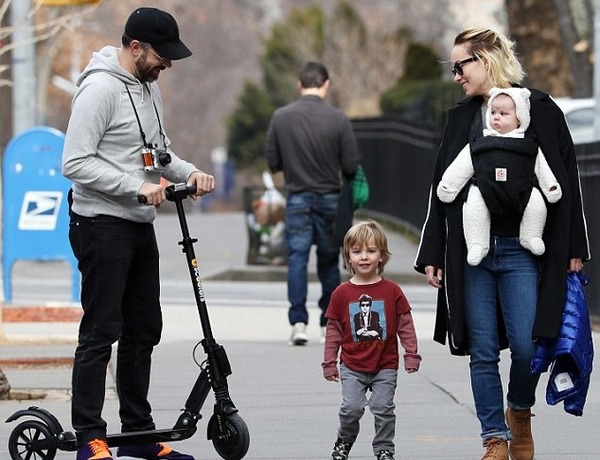 Jason and Olivia liked their parenthood so much, that soon they gave a birth to another baby – a cute daughter Daisy. She was born on the 11th of October, 2016. Not long ago small Daisy celebrated her 1-year birthday. Then Olivia Wilde wrote to her daughter through social media, “This world is yours, kiddo!”

Nowadays “the hottie” Olivia Wilde enjoys the role of a mother – and she doesn’t care, that it is against Hollywood rules!