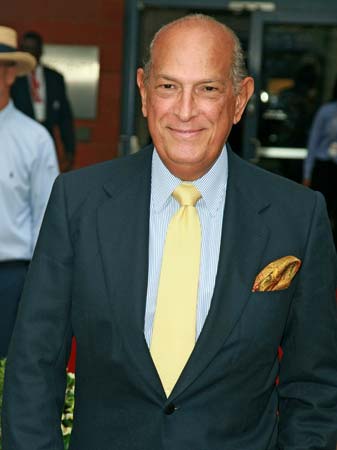 Oscar de la Renta is one of the loudest names in modern fashion. Like earlier Christian Dior and Gabrielle Chanel, Oscar managed to become one of those designers, who created luxury and elegance with their own hands.

During the decades of his career de la Renta managed to save $100 million net worth. His earnings were incredibly high, his dresses cost thousands of dollars, but he deserved each cent he had got.

His dresses decorated the bodies of the most famous women all over the world. Amal Alamuddin Clooney got married the cult actor in de la Renta's wedding dress. Many elegant Hillary Clinton’s suits were created by Oscar’s hands. But Hillary is not the only one First Lady, who preferred colorful clothes from de la Renta. He was the favorite fashion designer for Jacqueline Kennedy too. The other celebrity, who adored fashionable clothes from de la Renta, was Sarah Jessica Parker. She told in her interviews numerous times, that she bought dresses from this talented designer.

Oscar de la Renta earned millions of dollars as he sold evening and cocktail gowns to the richest women in the world. In addition he released his own fragrance, named Oscar; developed accessories line and homeware line. Oscar de La Renta tried his hand as an interior designer too. He designed a hotel at Puntacana Resort.

De la Renta grew up in the Dominican Republic. Later he came to Madrid, where he studied drawing. The young man wanted to become an artist, but gradually got interested in fashion. Soon he started to serve as an assistant of a legendary designer, Cristobal Balenciaga. After several years of successful work, Oscar went to Paris, where he found a job at at Lanvin-Castillo. He gained initial popularity, having moved to New York. There he served as a designer at Elizabeth Arden. Finally, in 1965 Oscar felt that he was ready to start his own trade mark.

Two years ago Oscar passed away. He battled with cancer, but lost. He left his descendants multimillion net worth and incredibly beautiful clothes.