Peyton Manning Kids: Why do their parents value privacy? 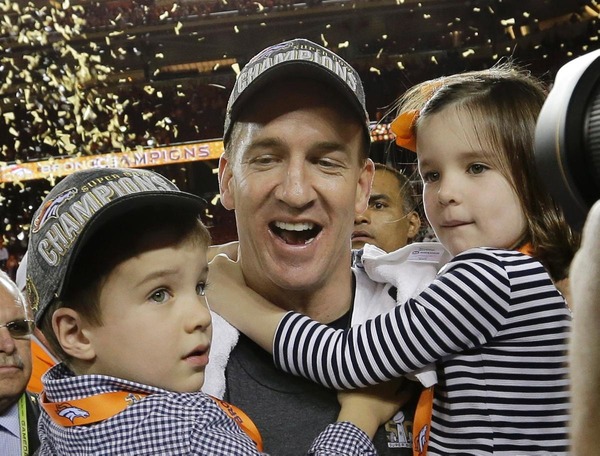 Peyton Manning is known worldwide as the incredibly talented football quarterback. He retired from pro football in March, 2016 and collected numerous sports awards during the years of his career.

Peyton Manning has become the role model for many people worldwide not just as a successful NFL player, but also as an iconic family man. Unlike other stellar athletes, who are known by their hard parties and numerous wives, Peyton is one of those, who loves one and the same woman. He met his wife, when he was the sophomore. Ashley Thompson Manning fell in love with her husband before he had become an international NFL star. They wedded in 2001 and 10 years later were blessed with 2 twins.

Peyton Manning has become a father on the 31st of March, 2011. Peyton and Ashley welcomed a baby girl Mosley and a baby boy Marshall in one of Indianapolis hospitals. It is interesting to know that the famous parents hadn’t even announced the fact, they had kids.

Ashley, who has always stood out of limelight, asked journalists to keep privacy. Probably, that was the reason of numerous rumors, which appeared around this situation.

One of bloggers doubted, if twins were really born by Ashley Thompson, or they were adopted. In fact, nobody pictured pregnant Ashley Thompson; she stayed away from public eyes. Peyton Manning kids could be born via surrogate too. And it explains too much privacy Mannings expect from their fans. The favorite NFL player of millions of people hadn’t even told, he has become a father.

In any case, Peyton Manning kids are 6 years old now. The children are cute and active. Peyton’s daughter has even already posed with her father, the actress Rachel McAdams and the actor Kiefer Sutherland at ESPYS awards.

But not only Peyton’s daughter Mosley, his son Marshal likes to support his famous father during his public conferences too. 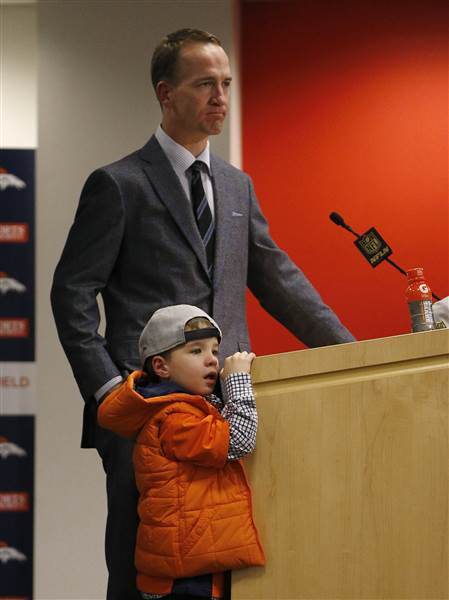 By the way, small Marshall is his father’s hope and pride. The boy can continue Peyton’s family tradition and become a footballer too, just like his father Peyton, grandfather Archie and uncle Eli.