You will earn $14 million in

For those, who want to become rich, there’s great news – it’s possible to make cash fast, if you can rap. But there’s also a bad news – to become a popular rapper is not so easy, because thousands of young people every year try to swell the ranks of stars.

But there are lucky ones, who have achieved that purpose. The rapper Post Malone is one of them. The 22-year-old man has already saved $8 million net worth. The main source of his wealth is rapping. He makes some cash regularly as a producer too.

For now Post Malone is one of the most promising young rappers. He rose to fame in 2015, when Post Malone released his first hit “White Iverson”. The song got more than 1 million views at YouTube, and it turned Post Malone into a rising music star.

In December, 2016 Post Malone presented his debut album, named “Stoney”. The album was released by the recording studio “Republic Records”. It consists of 14 songs, some of which Post Malone performed together with other popular singers, such as Justin Bieber, 2 Chainz etc. 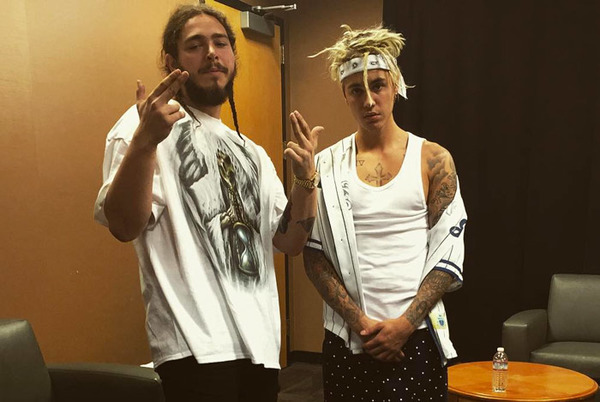 The album was received positively by both, critics and the audience. It was ranked as the 6th best album of the year by Billboard Hot 100. “Stoney” was certified as four-platinum. Thus, Post Malone got the status of a star.

Currently he works on his second album “Beerbongs & Bentleys”, which is supposed to be released in 2018. In case it becomes successful, Post Malone will cement his position of a high-paid musician.

Born Austin Richard Post spent his early years in Syracuse, NY. He was raised by a father Rich Post and his wife Jodie, who was not Post Malone’s biological mother. Rich Post has always been an important person in Austin’s life. It was he, who introduced a small boy to various genres of music (Rich used to work as a DJ). In addition, he developed Austin’s interest in sports. 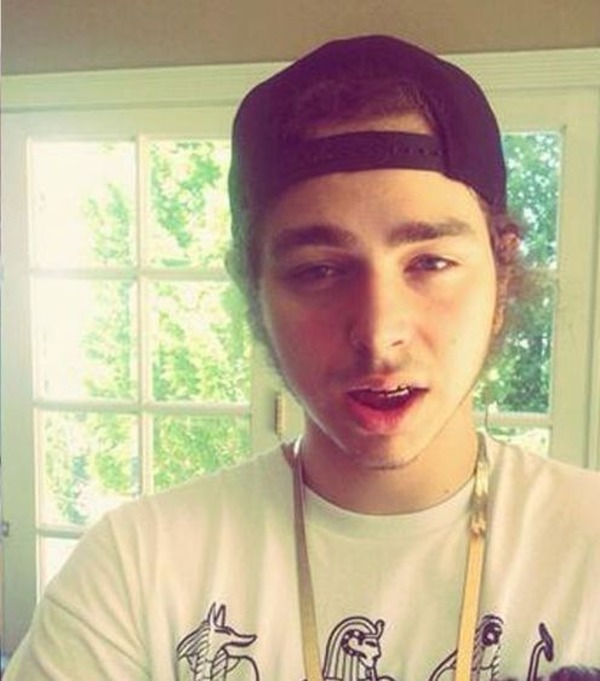 Rich Post earned his living as a food manager at Dallas Cowboys (Post family moved to Grapevine, TX, when Austin turned 9). Thus, the boy was a frequent guest at Dallas Cowboys matches. He had even dreamed to become a basketball player, but then fell in love with music.

Thus, he created his first mixtape and presented it at a school party. It made Austin Post the school celebrity. The teenager decided to give music a chance.

He continued to create mixtapes while studying at Tarrant County College. But it was hard to combine these two activities, and Post Malone chose music. He dropped out studying and moved to LA to pursue his career.

By the way, the first Post Malone success as a rapper was connected with his love to basketball. First of all, he chose a stage nickname – Malone – after his favorite basketball player Karl Malone. And the track, which catapulted him to stardom – “White Iverson” – was devoted to another popular basketball player Allen Iverson.

To produce “White Iverson”, Post Malone made a deal with Trocon Roberts( FKi 1st ), whom he met in LA.

In spite of a loud success of his first single, Post Malone was not sure, that he could hold his leading position for long.

He put 100% of efforts to record the other first-rate singles to prove, that his success was not occasional. And he did it! His hits “Rockstar” and “Congratulations” occupy the first position in various charts all over the world.

Being completely involved into building his career, Post Malone finds the time for his personal life too. He is dating Ashlen, a beautiful girl, who invited Post Malone as a guest star to her nightclub party. Ashlen is not a celebrity, that’s why she didn’t want to stay in the limelight. Two young people kept their relationships in secret. But in 2015 they finally confirmed in public that they are a couple at “The Breakfast Club” radio show.

Currently Ashlen and Post Malone are rumored to split, but again, they don’t tell anything. Post Malone continues earning cash and then spending it for luxurious expensive things.

Having earned his first million, Post Malone spent it to improve living conditions.

The star of Post Malone level usually has more than one place to live. The rapper owns a huge mansion in Utah, which he bought for $3 million. But he is a rare guest there. Mostly Post Malone lives in LA.

In fact, Post Malone LA residence doesn’t look too luxurious or too expensive. It’s a great two-storey house with white walls and red roof tiles. The front door of the residence looks original. It is a great combination of black plastic and opaque glass. The house is surrounded by green young trees and several rose bushes. It seems that Post Malone has a great view out of his window.

It is not known exactly, how many cars Post Malone has in his collection. He seems to be a car lover, so it can be assumed, that the rapper has several vehicles. But he demonstrated to his fans just one of them.

The rapper owns vintage Ford Explorer, for which he paid $1, 700. The car was produced in 1992, that’s why it looked really worn out, so Post Malone spent extra $73, 000 to restore it. To do that sick job, the rapper visited West Coast Customs.

The skilful mechanics of the company absolutely changed the vehicle. They colored it in white and blue colors, changed the wheels and put the new doors.

Post Malone demonstrated the restored Ford Explorer in one of the episodes of “Inside West Coast Customs” TV show.