You will earn $25 million in

How Much is Rashida Jones Worth?

Rashida Jones owns $25 million net worth. She accumulated her wealth through getting salary as an actress. The zealous worker, Rashida gave the world a string of reasonable relatable female characters. Jones depicted power-suit-dressed Karen in “The Office”, empathetic Zooey in “I Love You, Man”, and finally, active Ann Perkins in “Parks and Recreation”.

From one project to another Rashida Jones proved, that she was a reliable hard-working performer. She developed her professional skills. And as a result, her salary was increasing. 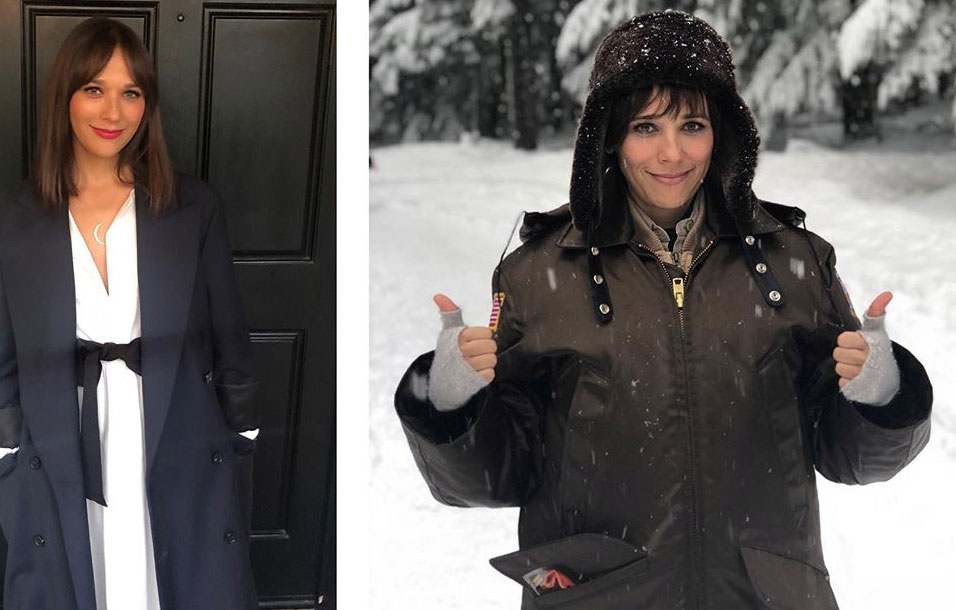 But acting is not the only one Rashida Jones source of wealth. Rashida Jones lent her famous face to a number of reputable brands and endorsed them. Rashida Jones has appeared in a series of commercials for Southwestern Airlines, Gap clothing stores, Verizon FiOS etc. That augmented her wealth.

In addition to acting and endorsements deals, Rashida writes books. She is an author of a number of comic books, which are sold in bookshops all over the globe and through online stores. For example, Rashida Jones co-authored comics “Frenemy of the State”, which is retailed through Amazon for $2 per each copy. Jones gets a couple of cents from each sold book.

As you see, Rashida Jones knows how to make money. But she had never been poor! Let’s have a look at her bio.

We won’t tell you a lot about Rashida Jones parents, because you can read in detail about them in our previous posts. We just remind you, that Rashida is a daughter of a famous actress Peggy Lipton and a musician and business mogul Quincy Jones. Rashida grew up with an older sister Kidada, who is a fashion designer now.

Rashida grew up in a sunny Los Angeles. She attended prestigious Buckley School and went home in one school bus with Kim Kardashian.

According to her father’s words, Rashida had always been a nerd. She read 5 books at the same time, worked at the computer before it became popular and was a brilliant student at school.

Jones continued her education at prestigious Harvard. She dreamed to become a lawyer. But then started to play at the University Theater, and decided to give acting a chance.

Rashida Jones debuted as Johanna in the series “The Last Don”. The young actress was immediately noticed by critics and producers, but viewers were not ready to accept the new star. The girl starred in “Boston Public”, “Now You Know” and “Death of a Dynasty”, she put 100% of efforts to make her heroines realistic and interesting, but her face still was not recognizable for the wide circle of spectators.

In 2006 the actress finally met her big break. She was cast to the third season of “The Office”, a popular comedy show. Rashida cemented her position of a serious TV and movie star with the current role in “Parks and Recreation”.

Being extremely busy with her career, Rashida Jones had no time for personal life. The actress is still single and she has no kids. Rashida Jones was romantically linked to John Krasinski, Tobey Maguire and Mark Ronson.

Rashida resides in a comfortable house in Ojai. Ann Perkins actress residence has 3, 500 sq. ft and consists of 4 bedrooms and 5 bathrooms.

Jones spent $3, 2 million for a ranch-style house, hidden among mature trees. The residence looks really private – it is isolated from people’s eyes. Probably, that was the reason, why Rashida liked it.

The house is decorated in positive bright colors. It is entered through a glass door. The first premise, where the guest appears just after entering, is a roomy foyer. After that a spacious kitchen follow. Then there’s and a comfortable living-room with a wooden white table in the middle. Near the table there’s a couch, decorated with bright pillows.

In general Rashida Jones residence looks comfortable and girlish. The great home is worth its beautiful landlady.