Home > Celebrity Family > Parents > Rashida Jones Parents: How Did They Bring Up a Hollywood Kid?

Rashida Jones Parents: How Did They Bring Up a Hollywood Kid?

It’s really hard to bring up a child for the parents, who live in poverty. But it’s even harder to raise a kid for parents, who are incredibly rich. We know that many celebs’ kids choose the wrong way. Thus, Bobbi Kristina Brown, the daughter of two music stars Bobby Brown and Whitney Houston, died at the age of 22 and the probable reason of her death was overdose. Paris Hilton, the heiress of Hilton hotels chain, spent lots of her parents’ cash to become a singer and an actress, but the only thing she achieved was becoming ridiculed by the media. 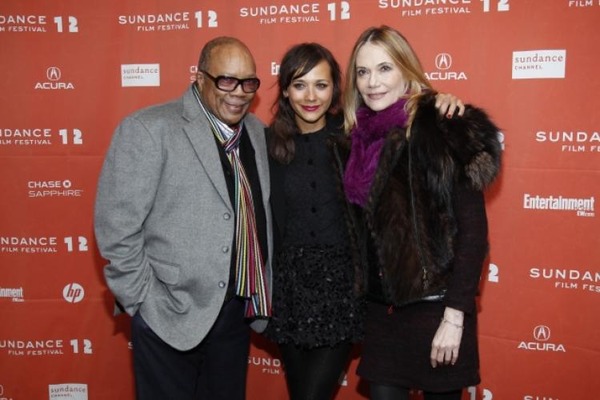 But the actress Rashida Jones managed to become a real professional in the area of her activity. Now she lives by her own cost and doesn’t ask her parents for the financial support. How did she do it? And how did her parents manage to bring up such a talented and serious Hollywood kid?

Who Is Rashida Jones? 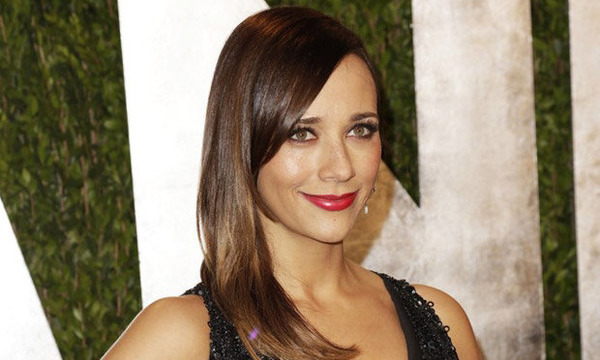 This woman doesn’t need an introduction. But for those, who have forgotten, let us remind you some facts from her bio.

This bright talented actress was born on February 25, 1976 in the family of a musician and an actress. Since her earliest years Rashida was surrounded by luxury. She attended the same school as Paris Hilton and Kim Kardashian. 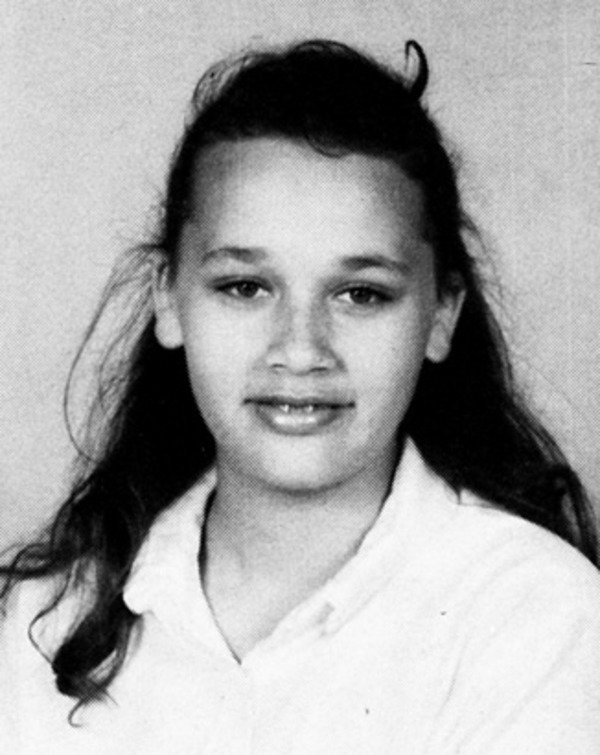 But unlike these two ladies, Rashida was really interested in getting higher education. The brilliant student at school, she entered Harvard after graduation. Jones got a degree in philosophy, but during her years in Harvard she participated in local theater productions, which inspired her to make career of an actress. 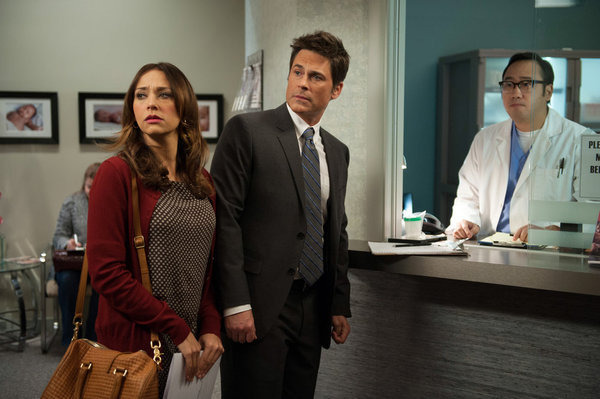 Nowadays Rashida Jones is a popular actress with an extensive fan club. She acted in “The Last Don”, “The Office” and “Parks and Recreation”. In 2010 Rashida portrayed Marylin Delpy in “The Social Network”.

Currently the actress is single, but earlier she was in relationship with a number of famous talented men, such as John Krasinski, Tobey Maguire and some others. The actress is very close with her parents. 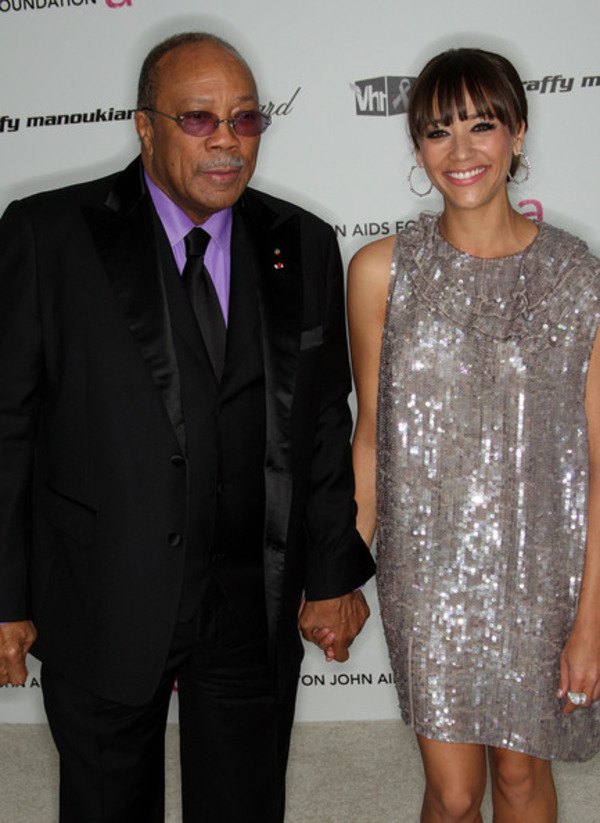 Born in 1933, he is in his golden age now. Probably, young generation doesn’t know his songs very well, but for the elder people he is a legend! The famous musician can boast with 55 Grammy nominations, 15 of which he won.

Quincy Delight Jones, Jr early years can’t be called very happy. His father worked as a carpenter and his mother was a homemaker. She gave a birth to two sons, and then was diagnosed with mental disorder. She was sent to clinic, and it caused the troubles in her relationships with Quincy Sr. They got divorced, and the future music star was raised mostly by his father’s second wife. 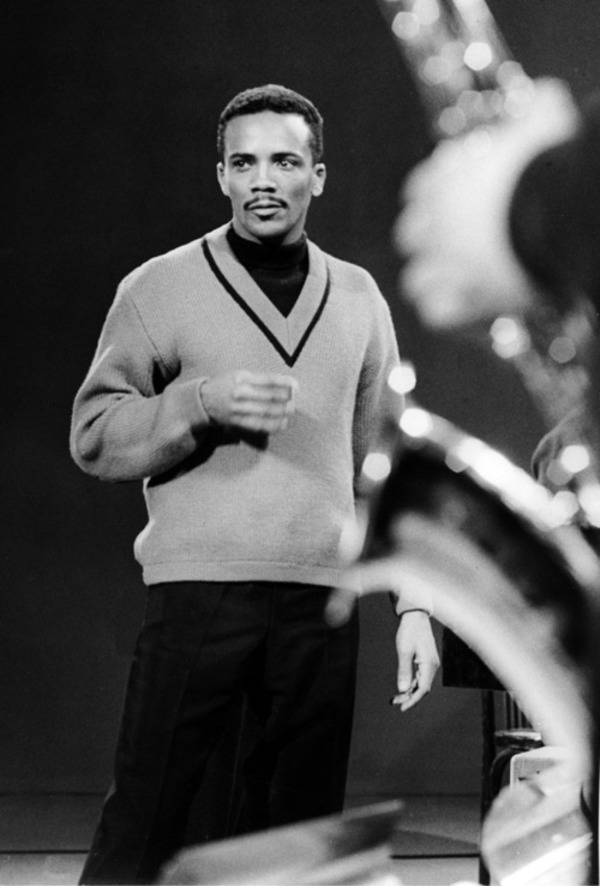 In his primary school years Quincy Jones fell in love with music. It was his hobby initially, but later turned into the main occupation in his life.

In his teens Quincy met a person, who had a great impact on his life. He got acquainted with the musician Ray Charles. Ray, who was just 2 years older than Quincy, inspired Jones to become a musician. Charles wanted to make music so faithfully, that he did everything to cope with his illness (he had glaucoma).

After that Jones made up a strong decision to become a musician too. He entered the Berklee College of Music (at that time this venue was called Schillinger House) to get some professional training. But he left it, when the trumpeter Lionel Hampton invited the young prodigy to his band. 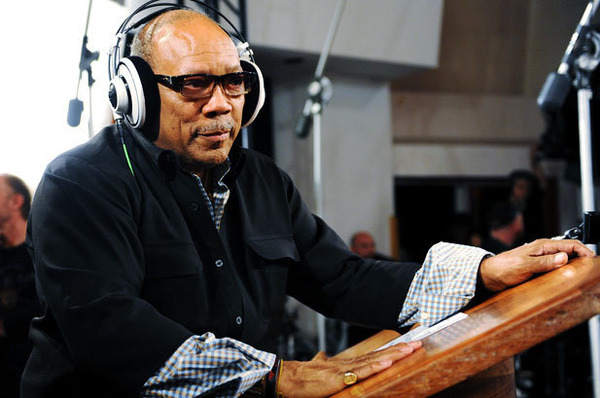 Soon Quincy Jones understood that to become a famous musician, he had to live in some big city. That’s why Quincy moved to New York. There he met lots of like-minded people and popular musicians, such as Duke Ellington, Dinah Washington and some others.

Quincy Jones met his big break in early 1950s. Then he founded his own band, named “The Jones Boys”. Later Quincy opened up, that in spite of the talent of each musician he had accepted to his band, he couldn’t make money and was close to bankruptcy. Then Quincy understood, that making great music didn’t always mean to make money per it. From that moment he decided to concentrate his efforts not on performing in front of the audience, but on producing the rising music stars and making cash from it. 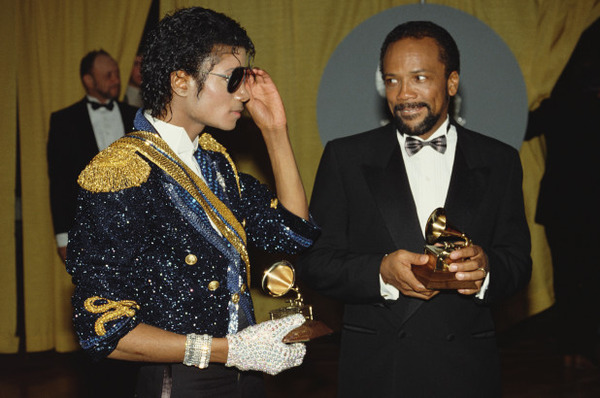 And that was the right decision. Around that time Jones collaborated with many musical legends, such as Frank Sinatra, The Beatles, Michael Jackson and many others. He has become the first African-American, who occupied the post of the vice-president at the recording company Mercury Records. 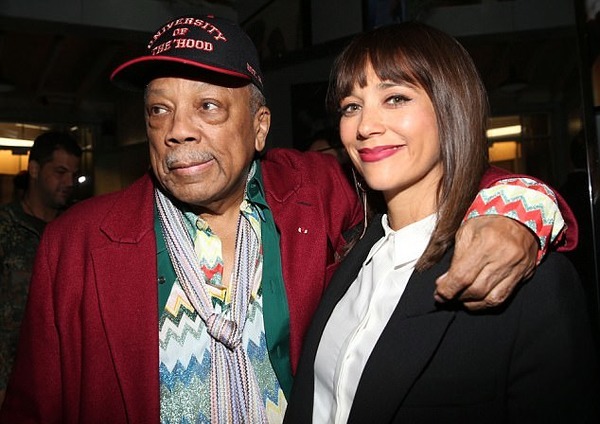 In addition to his activity of a musician and producer, Quincy Jones had a hand in creating music for the movies too. He composed the music to such hit films as “Mackenna’s Gold”, “The New Centurions”, “Get Rich or Die Tryin” etc. 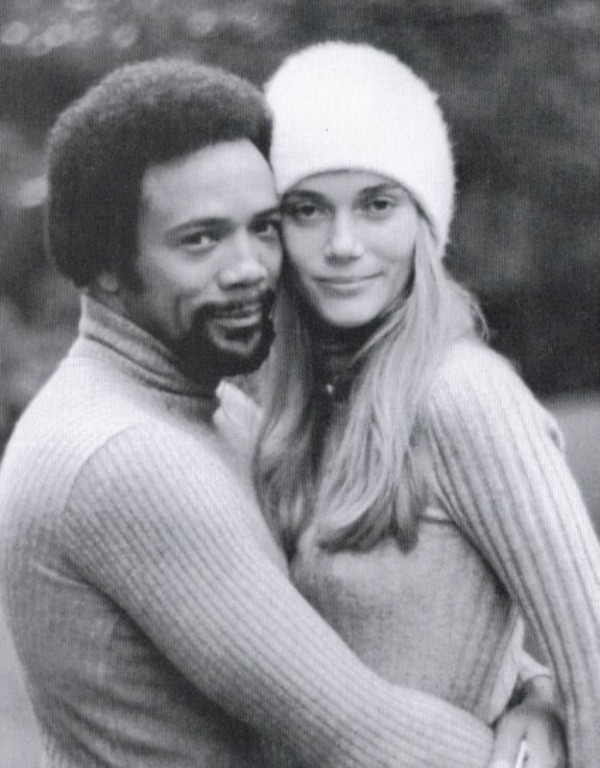 Having become a music mogul, Quincy Jones turned into a desirable fiancée for almost each woman. He was married four times and four times divorced. His third wife was Rashida Jones mother Peggy Lipton. 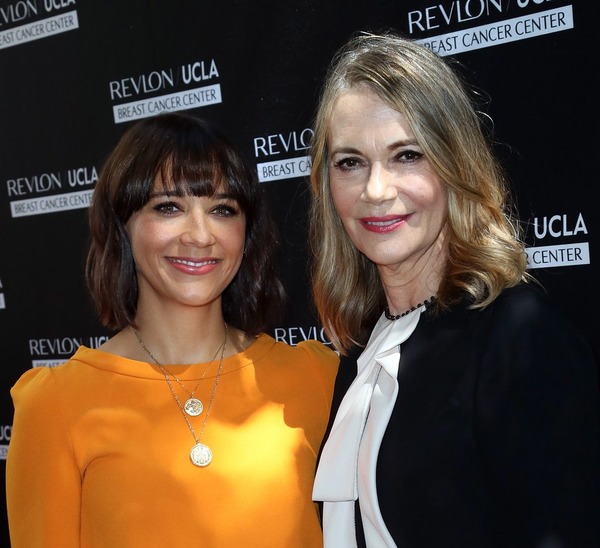 Peggy Lipton is a famous actress, a former model and a mother of two popular actresses – Rashida Jones and Kidada Jones. Being extremely beautiful, she served as the great decoration of numerous movies and TV series. Peggy Lipton most popular roles were in the films and TV shows “A Dog’s Purpose”, “The Postman”, “Twin Peaks”, “Alias” etc. 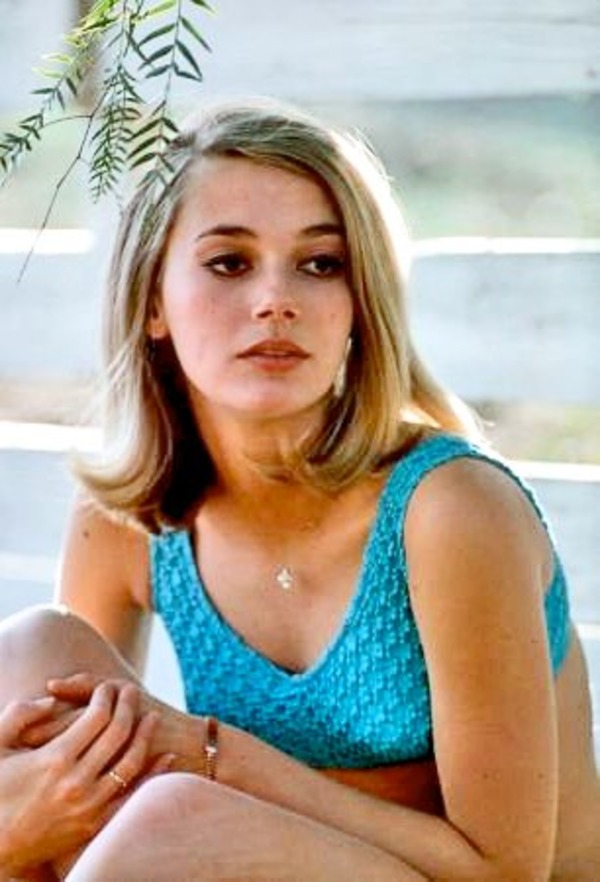 Born Margaret Ann Lipton, she had seen the world in 1946. From the outside, Peggy’s life seemed incredibly happy and rich. Her parents were well-fixed people. Lipton’s father was a well-known lawyer, and her mother was an artist.

But in spite of comfortable life style, Peggy was a nervous unsure child. She was raped by her uncle in her early years, and that had a bad impact on the girl. She started to stutter and got isolated. When Peggy parents moved to LA, the girl found peace in her soul through yoga and meditation. 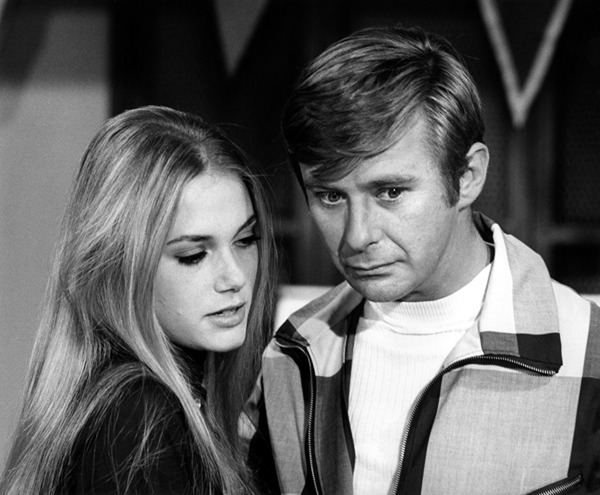 She was unbelievably beautiful, but was too shy to try her hand as a model, although almost each girl in LA dreamed about it. Her parents decided to interfere. Peggy’s father arranged the first modeling deal, and her mother sent the young beauty to acting lessons. Thus, at the age of 15 Peggy Lipton has started her career. Soon her sweet innocent face, huge eyes and long blonde locks decorated the covers of popular fashion magazines.

At the age of 19, Peggy changed the focus of her career for acting. She participated in “The John Forsythe Show”. 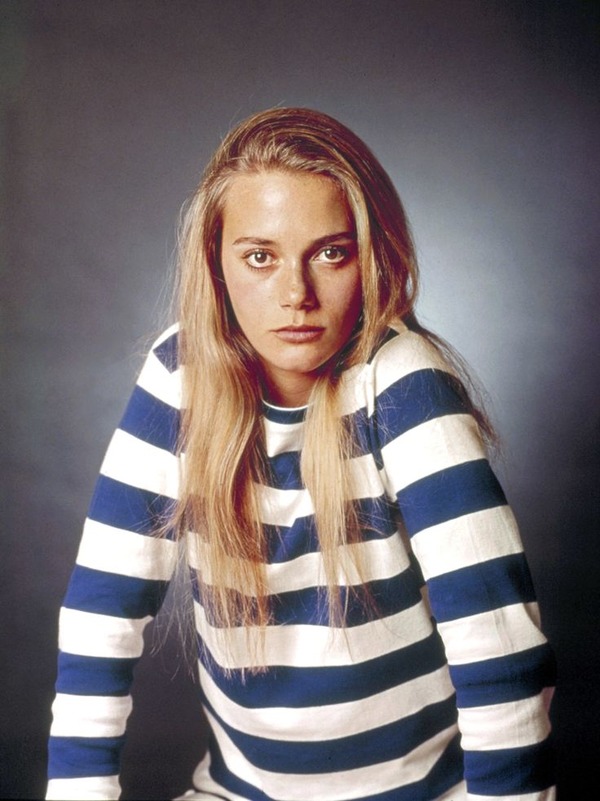 For now the actress can boast with 66 screen projects in her resume. She is the holder of some awards, including Golden Globe for her play in “The Mod Squad”. 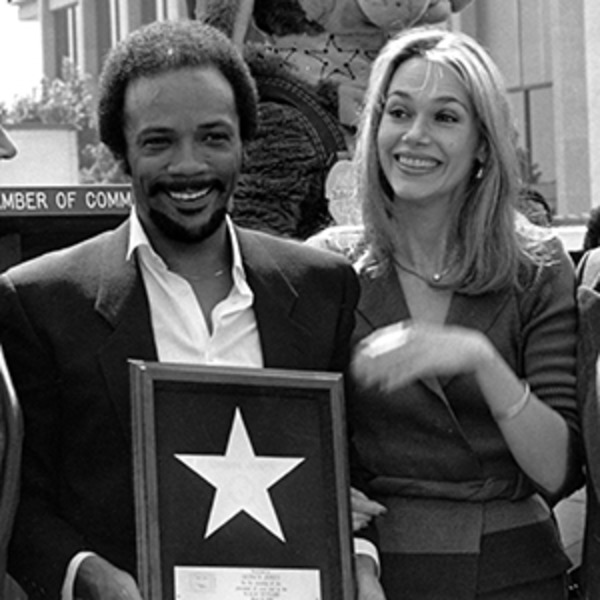 Although many critics blame Peggy for being the actress of one role – in fact, “The Mod Squad” had really become the real gem in her film list; still she remains the beauty icon of her generation. She was a typical Californian girl, and in 1960s Peggy was the household name.

But like any other woman, she was judged not just by her career success, but also by her success in love.

Peggy was involved into relationship with many popular men of those times. She dated Paul McCartney, Elvis Presley and Terence Stamp. In 1974 Peggy wedded Quincy Jones. 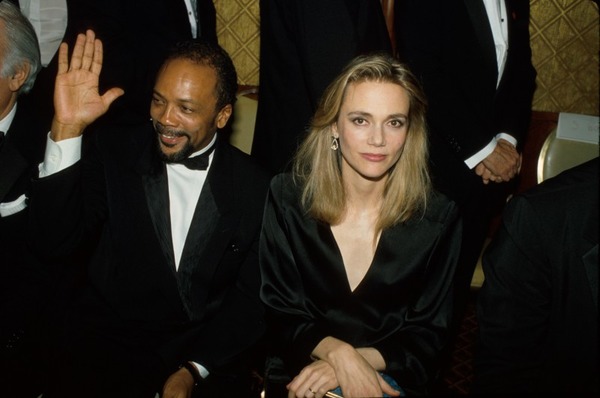 They two looked like photo negatives. She was pale-faced and fair-haired and he was a typical African-American. In early 1970s multiracial marriages were still unpopular, that’s why their couple shocked lots of people, including Peggy’s mother.

Quincy and Peggy started dating, when the musician was still married to a Swedish top model Ulla Andersson. They divorced in 1974, and that very year Quincy tied a knot with Peggy. Soon the couple welcomed the first daughter Kidada. Two years later Peggy and Quincy gave a birth to Rashida.

Now Peggy Lipton daughters are super beautiful and very cool. Kidada is not just an actress; she is also a fashion designer. She created the couture line for Walt Disney Company. 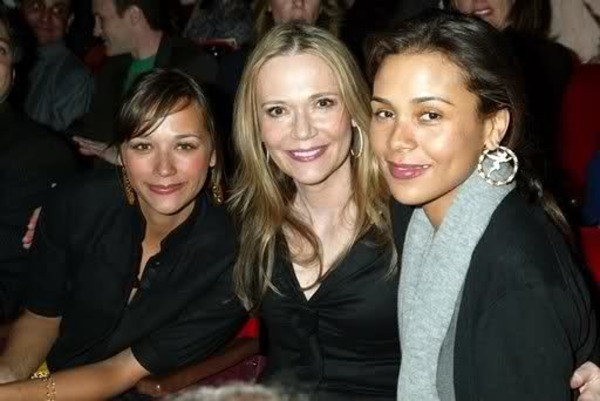 Peggy Lipton and Rashida Jones have already appeared in a number of screen projects together. They both participated in Verizon commercial and acted in Angie Tribeca show.

Although Peggy Lipton and Quincy Jones divorced in 1990, they still remain friends. Peggy hasn’t been married officially since then.

As you see, Rashida Jones parents are famous and respectable people, who brought up a great daughter.