Ricky Martin Net Worth is $60 Million 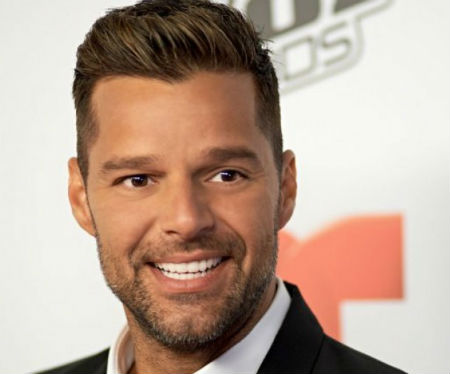 Ricky Martin caught the hearts of women all over the world in late 90-s with his hit “Livin’ La Vida Loca”. Although the hot musician appeared to be gay, still he remains the most handsome man and incredibly talented singer for both, men and women. Due to his charisma he managed to save a net worth of $60 million.

Ricky Martin’s interest to music was noticeable since the earliest age. He was a very cute boy as well, so at the age of 6 his mother took him for audition, which was held by the local TV. Small Martin was immediately casted to the commercials. In that way he had earned his first money. And that was just the beginning.

When Ricky Martin was 14 he realized his dream to become a musician. The teenager managed to become a member of the boy’s band “Menudo”. Thus Ricky Martin’s career of a musician has officially started in 1984. When the performer grew up and got too old for the teen band, he left “Menudo”, which brought Ricky initial fame and concentrated on his studying. After graduating from a high school, Ricky moved to New York.

The singer released his first album, named “Ricky Martin” in 1991. The album got some success, but it is nothing in comparison with Ricky’s another self titled album, which he released in 1999 (the fifth one in his discography). It was the first Martin’s album, released in English. Till now this work is considered as a sensation. More than 22 million copies of the album were sold worldwide. Ricky Martin has become a big star, the King of Latin pop music and a very rich person.

In addition to singing, Ricky Martin earned his net worth as an actor (he participated in a number of stage productions in Puerto Rico and in some TV series like “The Love Boat”, “Glee” and some others.

In 2010 Ricky Martin released his autobiography, named “Me”. It has become a bestseller and made Ricky Martin even richer than before.