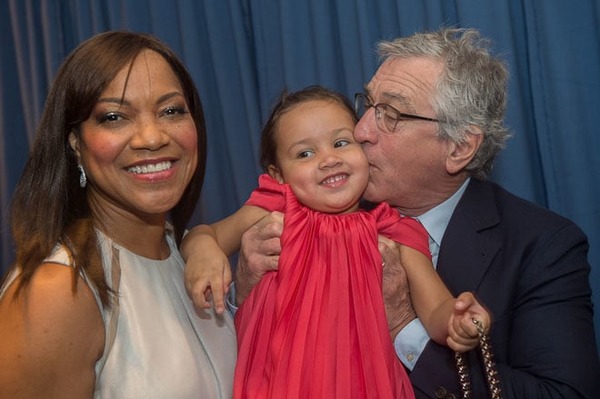 Probably, Robert De Niro is a perfect father; at least he depicted Frank Goode, a father of four, in the drama “Everybody's Fine” so naturally on the screen. His kids, portrayed by talented Hollywood actors Kate Beckinsale, Sam Rockwell and Drew Barrymore, have some secrets from their father. But he manages to find the approach to each of them. In addition, according to the film plot, one of his kids – a son David – dies from an overdose. 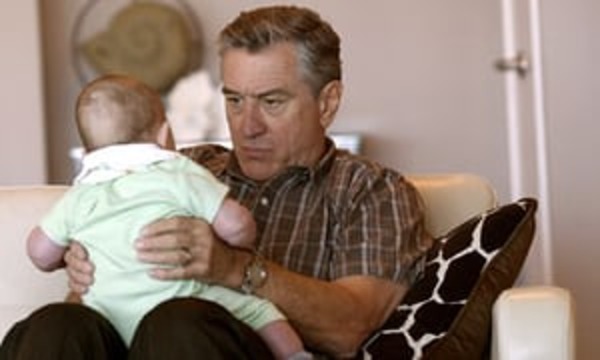 To say, that De Niro was perfect, depicting Frank Goode, is to say nothing. He showed the necessity of an aging parent to communicate with his kids, to gather around a holiday table and to share all their personal problems and fears. But he was too focused on his career and on his wife in his young years, that he failed to create strong connection with his kids. That’s why they can’t be opened with their dad in their adult age. 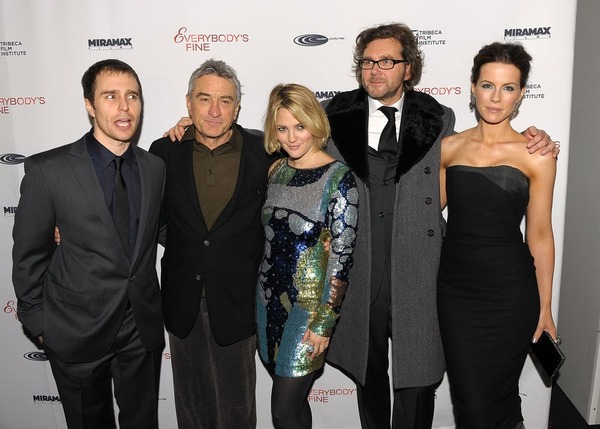 In his real life De Niro is, surely, close with his children. Robert De Niro kids are of different ages and professions, they were born by different mothers, but each of them is very open with the father.

How Many Kids Does Robert De Niro Have?

The actor Robert De Niro is a happy father of 6 kids. Now, in his 74, he still has strong connection with his children. Although he got his children from different marriages, De Niro managed to stay in touch with each of them. His first wife Diahnne Abbott gave him a son Raphael De Niro. It was the first biological child of the famous actor, but not the first one in general. He fathered the daughter of Diahnne Abbott from her previous marriage – Drena De Niro.

He separated with Abbott in 1978 and from that moment dated lots of beautiful interesting ladies, like Uma Thurman and Naomi Campbell. But their relationships were not serious, and Robert didn’t think about having more kids.

But he changed his mind, when he met Toukie Smith. De Niro didn’t propose her, and probably, that was not necessary – he gave her everything he could even without a wedding. Toukie was an actress, she was not so popular as her famous partner, but career was not on the first place in the list of her interests. She wanted to have kids. Unfortunately, Toukie couldn’t get pregnant in a natural way. That’s why De Niro and she visited a clinic, where the woman got pregnant through IVF. Thus, Robert De Niro became a father of two twin boys, Aaron and Julian. But even the cute kids couldn’t save De Niro and Smith marriage. They separated, and the actor remained alone again. 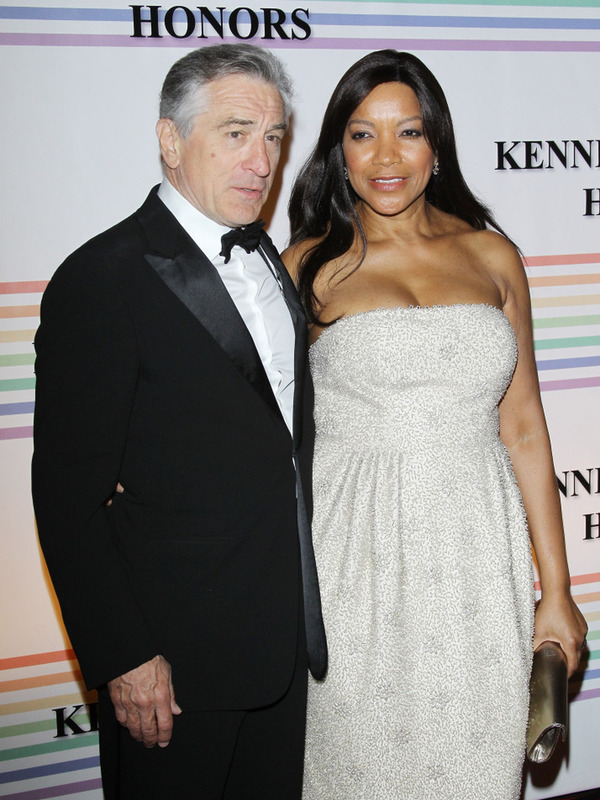 His third and current wife is a stewardess Grace Hightower. She gave Robert De Niro two kids too – a son Elliot, who turned to be autistic, and a daughter Helen, born via surrogate mother.

Till now De Niro’s schedule remains tough. He tells that he starts new projects as an actor and film director not just because he loves his job, but also because he wants to support his kids financially. “I want to get my children to the point of independence and self-reliance”, he says. But not all kids of attentive father are small. For example, his eldest daughter is in her 40s now.  But let’s take one step at a time. Get comfortable and start reading about Robert De Niro kids in detail! 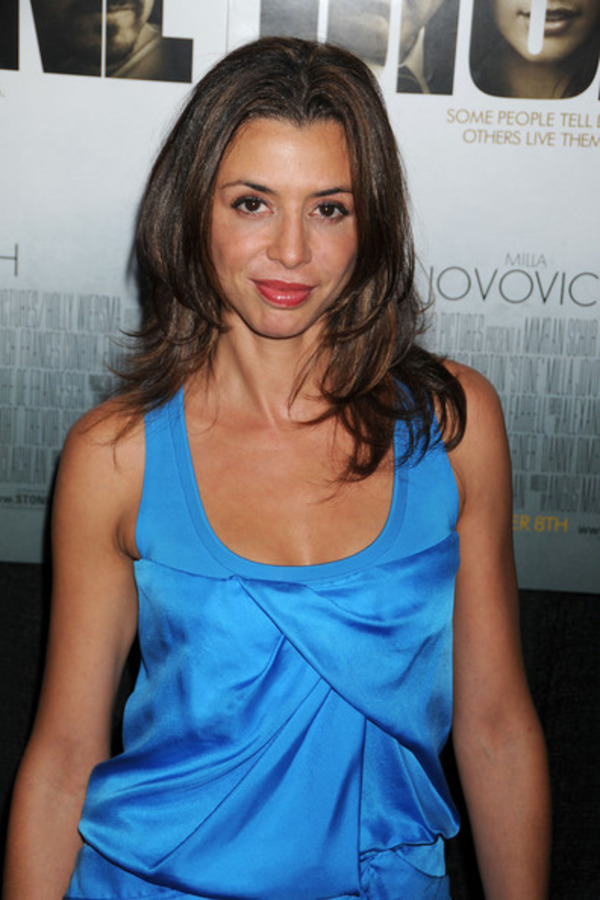 She is cute, long-haired and brown-eyed woman of middle age. Looking at her, you can easily say, that she has lots in common with her famous father. That’s why it’s even strange to know, that Drena is Robert De Niro stepdaughter, not his biological kid. She was born on September 3, 1967.

Even now Drena doesn’t know the name of her biological father and she had never met him in person. When the girl was 11 years old, she got another dad instead of her biological one – Robert de Niro. Drena lived in New York and enjoyed bohemian lifestyle. Her parents were actors, and very often they invited A list celebrities to their house. Thus, the girl had always been surrounded by interesting famous people. 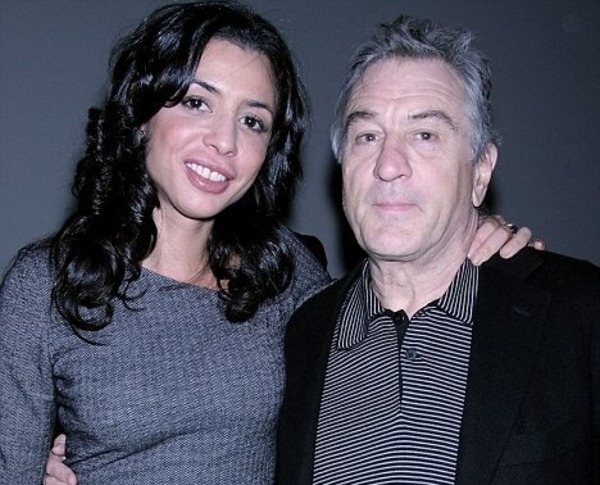 In 1988 Drena’s world broke up. Her stepfather Robert De Niro left her mother Diahnne Abbott. She was afraid to lose her stepfather, but De Niro stayed in touch with her.

Drena De Niro decided to follow her parents’ pace and become an actress too. She started career as a model, but later turned into actress and in 1996 debuted on the big screen. She played a tiny role in a music film “Grace of My Heart”. Drena’s heroine didn’t even have a name, nevertheless that small acting experience was enough to make Drena interested in this profession. 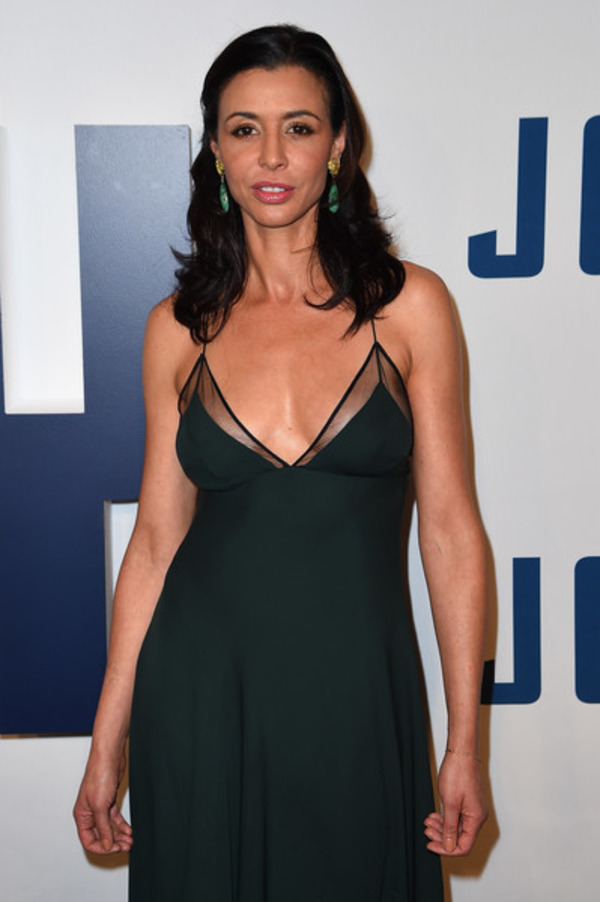 After that she appeared in many other films, mostly alongside her father Robert De Niro. The most successful of her screen works are the movies “Wag the Dog”, “Showtime “and “The Intern”.

Drena is not just an actress and model, she is also a person, who turned legendary Robert De Niro into a grandfather. Drena De Niro has a son. 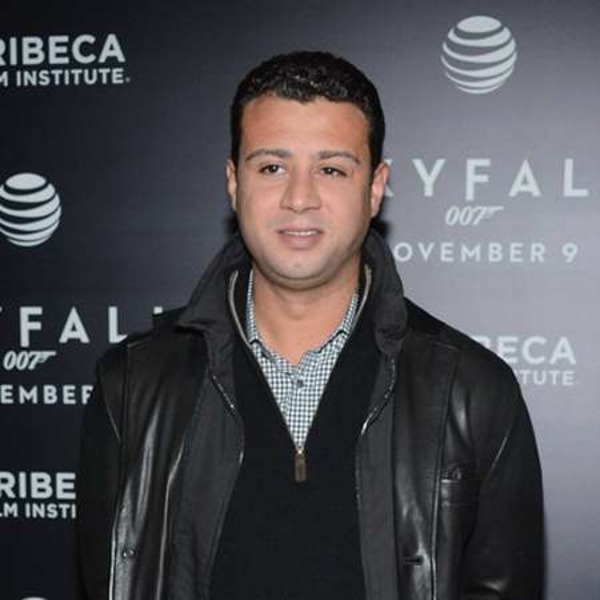 Raphael De Niro is an interesting personality, who managed to become successful as his father, but in another area.

He was born in 1976 in LA and at the age of 10 the boy moved to New York with his mother Diahnne and sister Drena. Robert De Niro once opened up, that he gave his kid such a name, because the boy was conceived in an Italian hotel with the name “Raphael”.

As later De Niro Jr confessed in his interview, very often he annoyed his parents by his tricks. Thus, he climbed on the roof through a ladder at the tender age of 4 and played with fireworks in his teens. At the same time, Raphael De Niro didn’t get into any serious trouble in his young years. 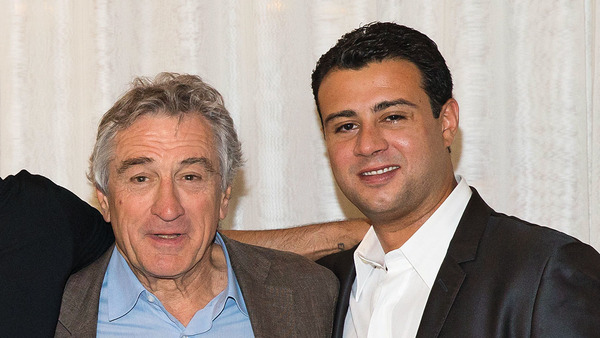 Each summer he found some odd job to support himself financially. Of course, his parents had lots of cash, and Raphael needn’t to work in his teens, but it was important for him to earn money by his own.

At first Raphael De Niro sold rugs at Persian rug store and then served as a busboy in his father’s restaurant.

Of course, Raphael tried his hand as an actor, but soon he felt, that this occupation is rather annoyance for him. He had to stand in front of the camera and repeat the same scene several times. After that he got $5.50 paycheck. That was not great! 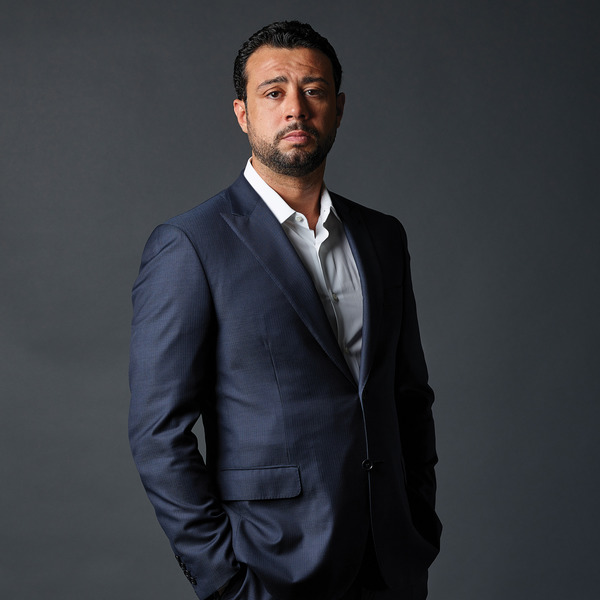 That’s why Raphael De Niro chose another way. He moved to real estate business and in addition made a couple of profitable investments. Raphael De Niro is a rich businessman now, who often gives his father investment advice.

Raphael is married to Claudine De Niro and they have three kids together.

The actor Robert De Niro and model Toukie Smith were blessed with two twin boys on October 20, 1995.The boys are 22 now, and they have already graduated from college. Aaron and Julian stay out of the limelight, that’s why it’s not publicized, what college they attended. By Robert De Niro regularly sees his sons from the second marriage. 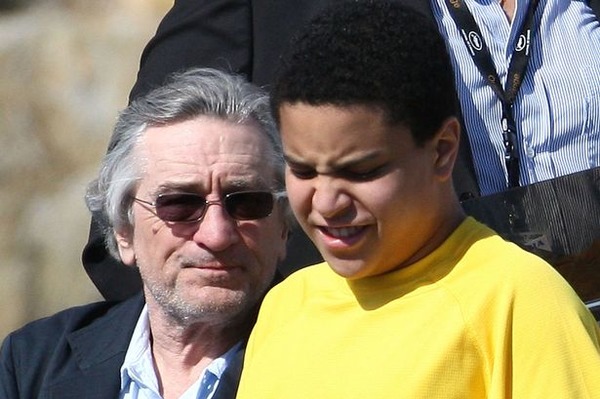 This kid is special for the actor, because he has autism. Elliot was born in March 18, 1998, and the next year Robert De Niro and the boy’s mother Grace Hightower separated. They didn’t confess to the wide circle of their fans, why they decided to separate. In addition, the couple didn’t tell about the boy’s diagnose. 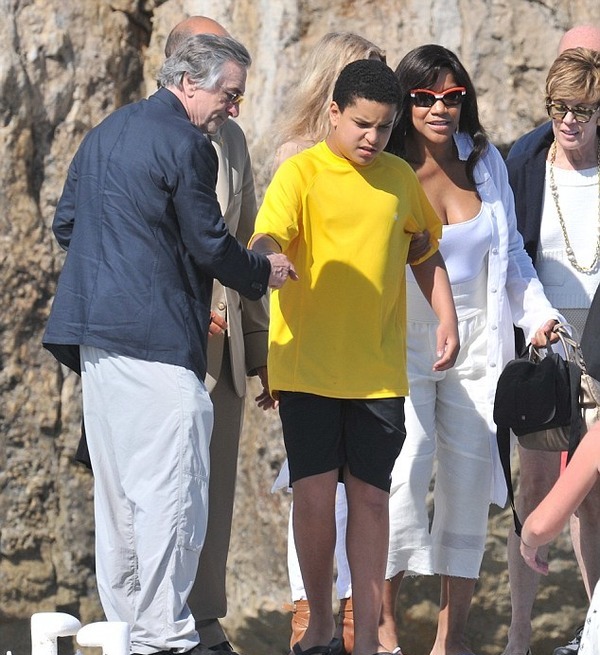 Later Robert and Grace reconciled. They continued to care about the boy, and from that moment Robert De Niro didn’t regret his time and money to support kids with special needs. 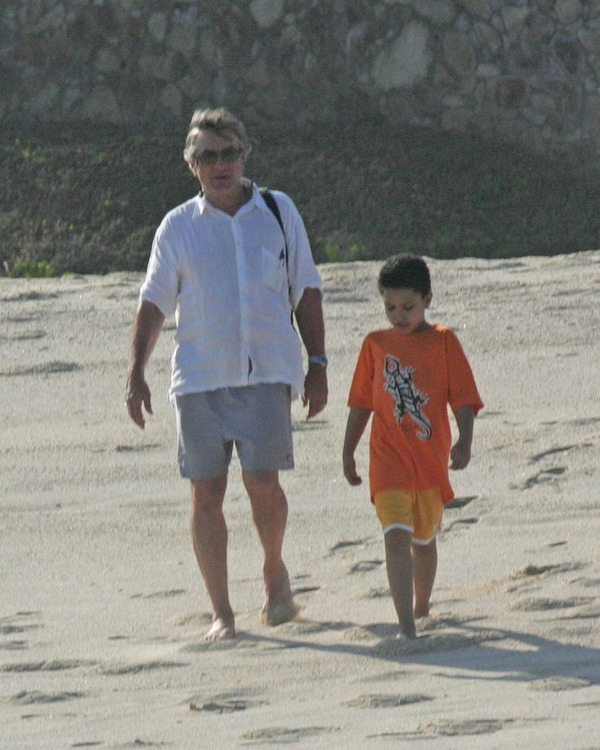 De Niro doesn’t like to tell about Elliot in public, but he told, that his wife began to notice the signs of the boy’s illness after vaccination. That’s why he feels responsible to tell other people, that vaccination of their kids can cause a number of hard health disorders, including autism. 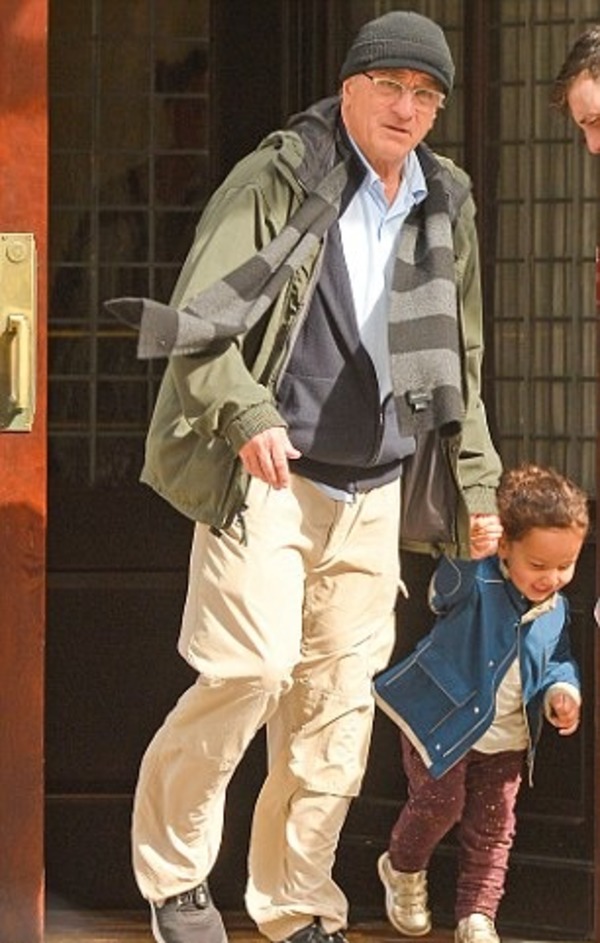 In 2011 Robert De Niro has become a father for the 6th time. Then he was 69 and his wife was 58. Of course, Grace and Robert became parents in the solid age, but both of them are sure – that’s for better. They are not so busy with their careers and don’t have youthful ambitions, that’s why they can relax and get pleasure from communication with the small girl.

The actor Robert De Niro tries to hide Helen from paparazzi. But from time to time they catch with their cameras the actor, who enjoys calm weekend time with the cute kid. 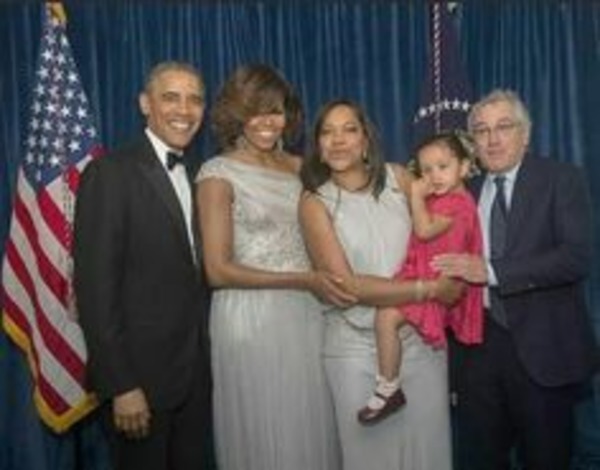 As you see, in his everyday life Robert De Niro is not a movie star. He is just a father, who has the normal anxieties of parenthood – fear for his kids, their health issues, their lucks and failures. His kids are different, but each of them has warm relationships with their father. And he can say with the light heart, “Everybody’s fine!”