Ryan Gosling Wife Eva Mendes: “I hope I will never grow up!” 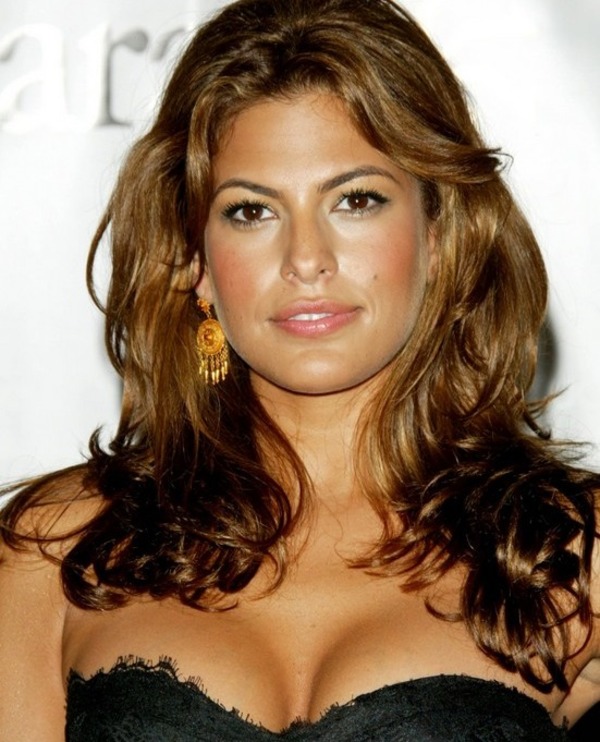 But Ryan Gosling wife Eva Mendes managed to find that balance between career and family life. 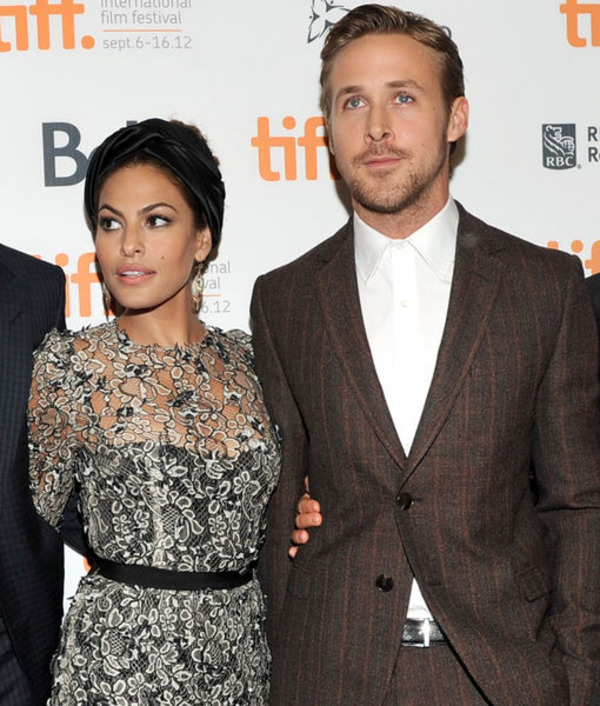 Why have we chosen Eva as the heroine of our story? Probably, the reason is in her energy. She is 43, but like a noble wine or perfume, Eva Mendes becomes better with age. She is the celebrity, who constantly appears in lists of “the most beautiful” and “the most sexual”. In addition, Eva is a desirable celebrity for various male magazines and programs. She is not a nymphet or a girl next door. On the contrary, she is femme fatale or a stunning woman, whom you can meet once and never forget after that. Two stars met at “The Place Beyond the Pines” set and from that moment they live together and have even welcomed two daughters – Esmeralda Amada Gosling and Amada Lee Gosling. 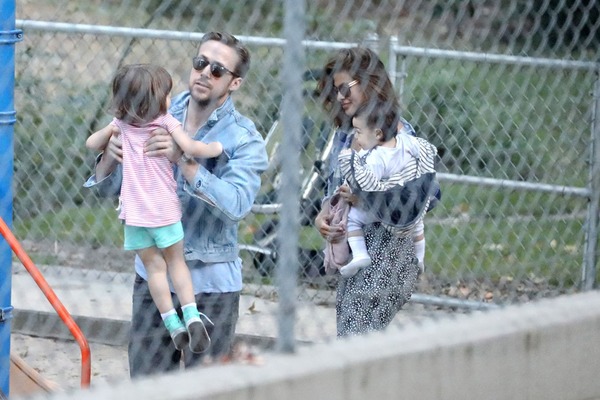 Now Eva Mendes is a rare guest on TV and on the big screen. Most part of her time she spends at home, caring about her daughters and husband. By the way, it’s still not known, if Eva Mendes and Ryan Gosling got married officially. In summer, 2016 it was rumored, that two stars arranged a secret wedding ceremony in the back part of their house at Hollywood Hills. They keep their relationship extremely private, that’s why not much is known about their love story. But we’ll try to look at Eva Mendes through a magnifying glass and find a couple of sweet romantic moments between her and her famous husband. 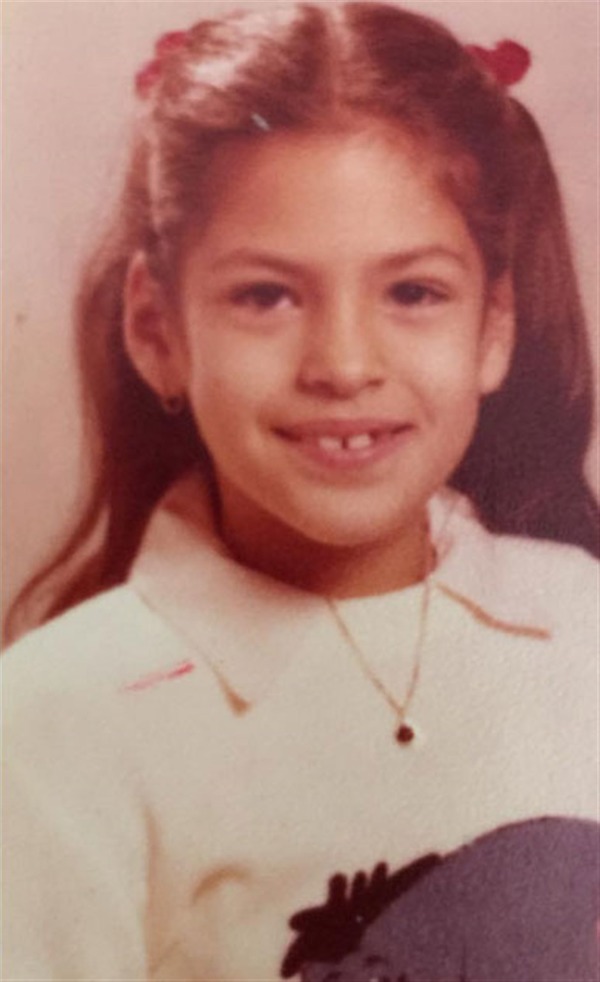 Eva Mendes came into the world in Miami. The future actress grew up in the family of Cuban immigrants, hard-working and very poor. Her parents got divorced, when Eva was still a kid, and together with the girl’s brothers and sisters she moved to Los Angeles.

Mendes hates to tell about her childhood. Always active and smiling, she becomes so closed, when she is asked about her early years. To describe her childhood, Eva Mendes usually uses the words “troubled”, “poor” and “hard”.

Of course, in her early years Eva Mendes was dreaming a lot. She thought about becoming an actress after watching the film “Annie”, then changed her mind and wanted to become a singer.

But Mendes has always kept her feet grounded. After school she entered California State University Northridge to study interior design. She was intended to decorated apartments and houses of rich people, but suddenly fate gave her a special gift. 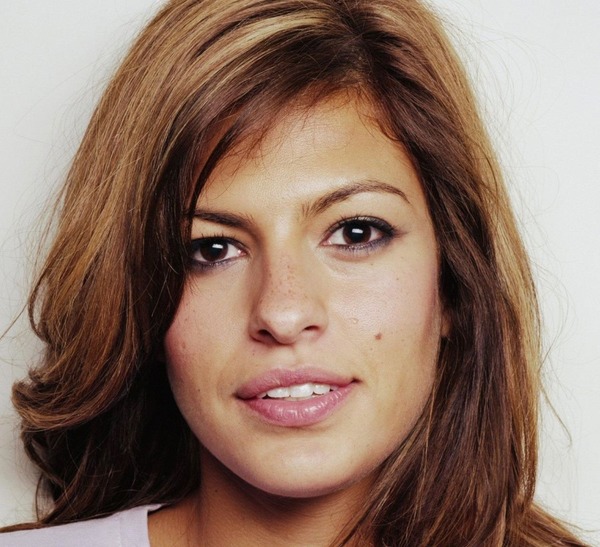 Eva Mendes neighbor was a photographer. One day he was preparing his portfolio and asked Eva to model for him. The pictures turned to be so beautiful, that’s why one of TV producers decided to invite the girl for audition.

First Eva Mendes screen works were music videos. She appeared in music videos of Aerosmith and Will Smith. Then she played a tiny role in “ER”. And finally, the beauty Eva Mendes got a chance to try her hand as a big screen actress.

Eva Mendes career is not the most famous in Hollywood. In fact, she is rather a model than an actress (by the way, Eva Mendes can boast with a number of profitable endorsements, including the deal with a famous brand Revlon), who is supposed to watch, but not to hear. During the years of her career, Eva Mendes didn’t win any prestigious award, but got Golden Raspberry for her role in “The Women” – an interesting film of Diane English, where only female actresses participated (including Meg Ryan and Jada Pinkett Smith). 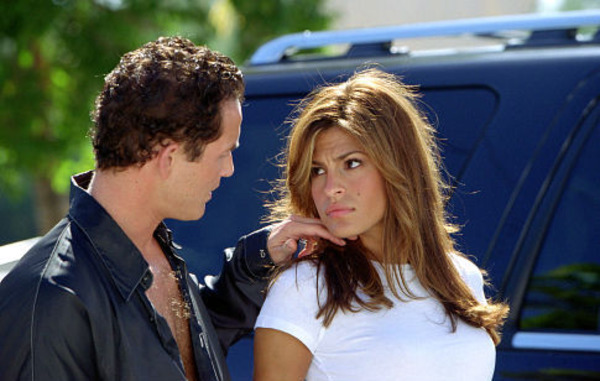 But in spite of waves of critics, the actress Eva Mendes has a number of really great films in her resume. She debuted on the big screen with a small role in “Children of the Corn V”, and it took her long six years in Hollywood, till she finally was cast in the movie, which catapulted Mendes to stardom. That was a role of Monica Fuentes in “2 Fast 2 Furious”. The work in the company of Hollywood A listers Paul Walker and Cole Hauser had become a useful acting experience for Eva Mendes. In addition, after the speed movie, her face has become recognizable. She was considered as a rising Hollywood star. 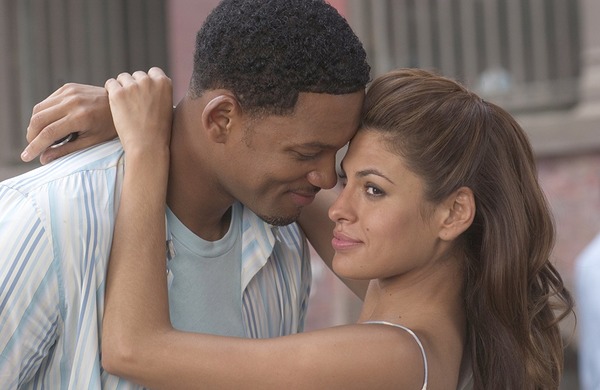 The other significant movie in Eva Mendes filmography is in Andy Tennant film “Hitch”. The story about a charismatic matchmaker Alex Hitchens and an assertive journalist Sara Melas, which started from feud and ended with a big love, was watched by millions of viewers all over the world. 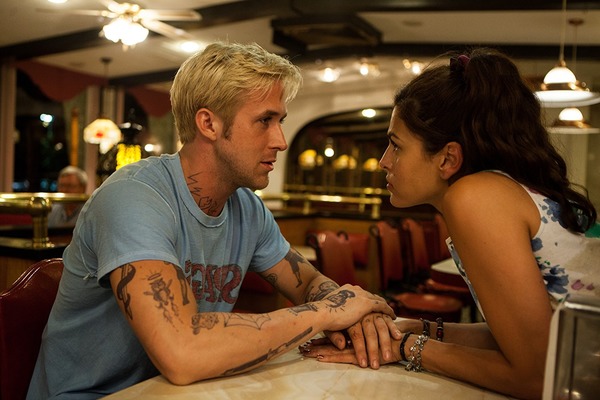 Probably, it’s the most successful project in Eva Mendes career, but there are the other movies, which deserve attention. They are “Out of Time”, “Last Night” and of course “The Place Beyond the Pine”, which brought her the meeting with Ryan Gosling. 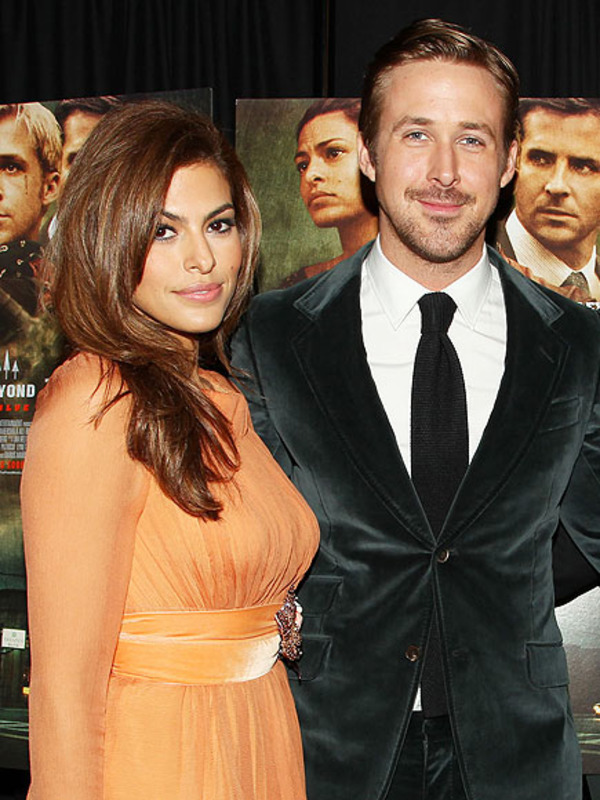 One of the most high-paid actors in Hollywood (according to Forbes) Ryan Gosling caught the hearts of numerous women worldwide, having portrayed a handsome hooligan in the cult romantic comedy of all times “The Notebook”. During the work on the movie, Gosling fell in love with his co-star Rachel McAdams, and of course, fans of both wanted them to marry in real life. But the couple broke up, and from that moment Gosling got a reputation of a Lovelace, who dated the most beautiful actresses in Hollywood. 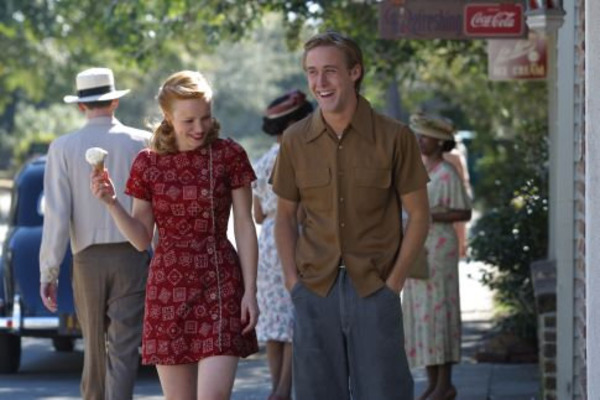 He was dating Sandra Bullock, Blake Lively and a British actress Jaime Murray. That’s why, when Ryan and Eva Mendes were caught together by paparazzi in 2011 on a romantic date in Disneyland. He was a heartthrob and she was a femme fatale, no wonder, that they attracted one another, but nobody could believe in serious relationship between them.

Nevertheless, their romance was developing and soon Eva moved to Ryan’s house. He had a very special ambience in his house and was not the fan of cleanup, that’s for sure. But Eva liked to watch her man, walking in a spacious home among assorted candy items and brand shoes, which were scattered around, and listening to Chet Baker songs. He had lots of pets – dogs and cats – and had never cooked for himself. Mostly Ryan Gosling bought semi-finished products and then microwaved them. 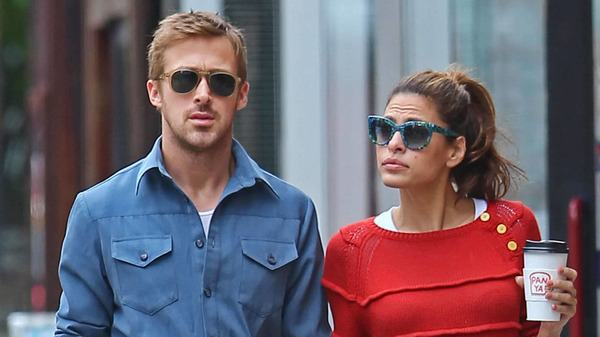 It would be untrue to say, that Eva Mendes and Ryan Gosling relationships were easy and respectful. Eva Mendes turned to be a jealous woman. Ryan couldn’t believe that such a beautiful hot lady could be so unconfident. But each time, when she caught Ryan’s look on another woman – even if it was a cashier in the supermarket- she arranged a rude scandal.

They shouted at one another, even sometimes fought and of course, promised to break up immediately. 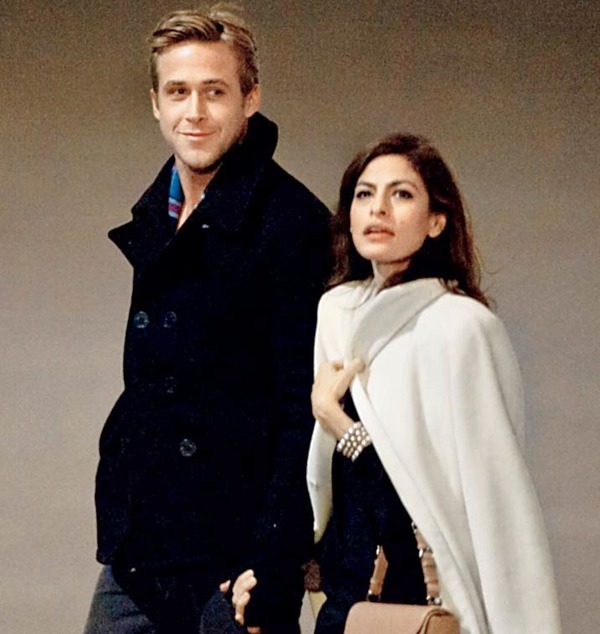 During the years of their relationship, Eva Mendes and Ryan Gosling split several times. Although both tried to keep their affair in secret, still journalists did everything to know the rumors about them and very often posted news about problems in Eva-Ryan family. 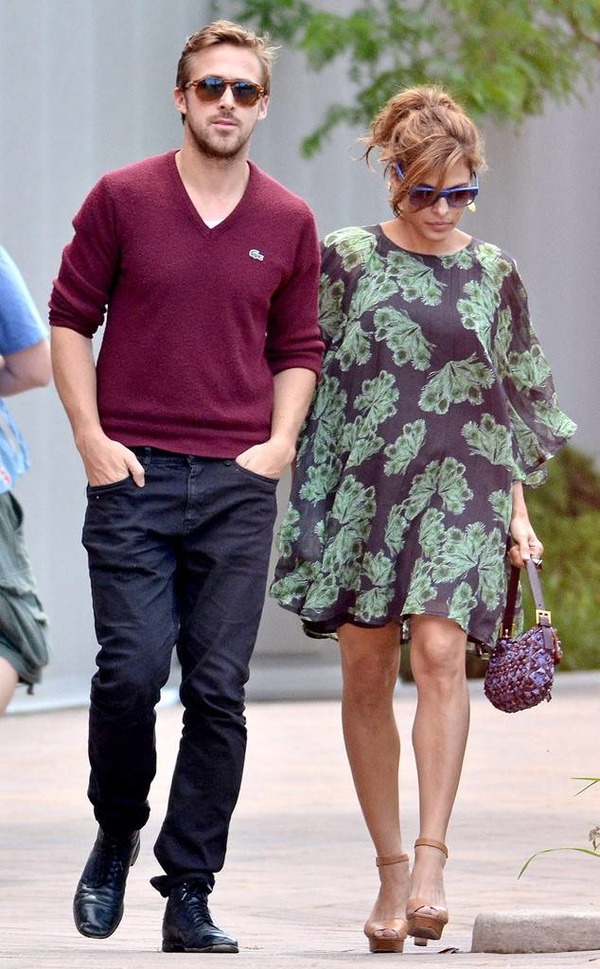 At first they decided not to get marry officially. “The piece of paper can’t solve anything!” Ryan told and Eva agreed with him.

They both were so beautiful, active and light-minded, but everything got changed, when Eva Mendes got pregnant. They were in a deep quarrel then, and Ryan Gosling felt free and depressed at the same time. He got tired from conflicts with Eva Mendes, but at the same time he felt so lonely without her. No doubt, she was the most important woman in his life – the most capricious and the most passionate. 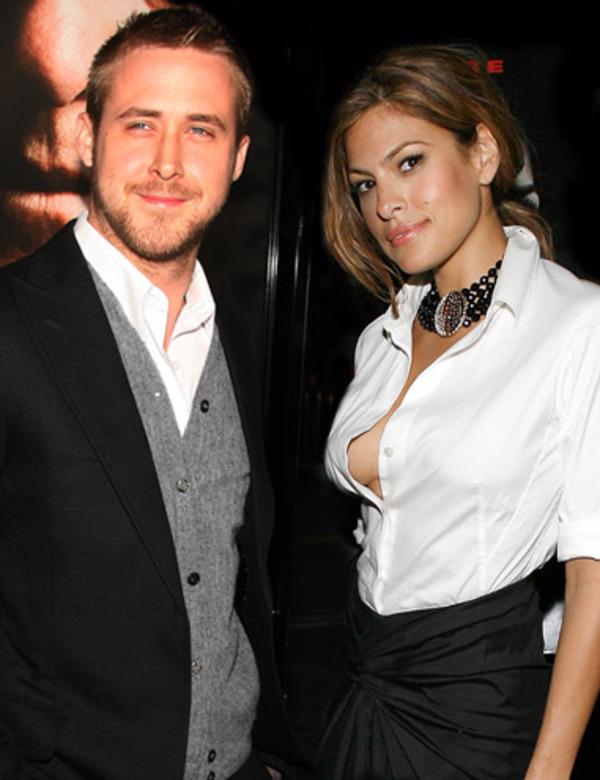 When she called him and shared the news about pregnancy, he couldn’t believe for some time. And then, finally, he felt that he was ready to become a father. The parenthood changed them. He proposed to Eva, and according to rumors, they have already tied a knot. 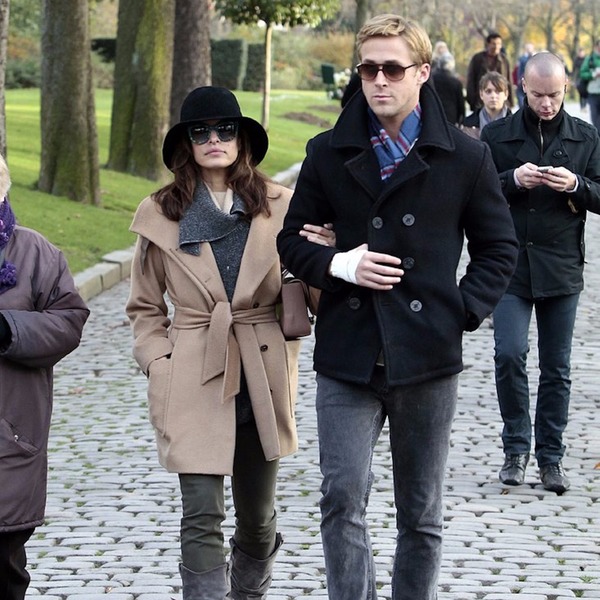 Now Eva Mendes is a mother of 2, and of course, that changed her. As she told in her interview to Mary Claire, “I hope I will never grow up!”. And, probably, she is still that small girl, who feel unprotected and dreams to become popular. 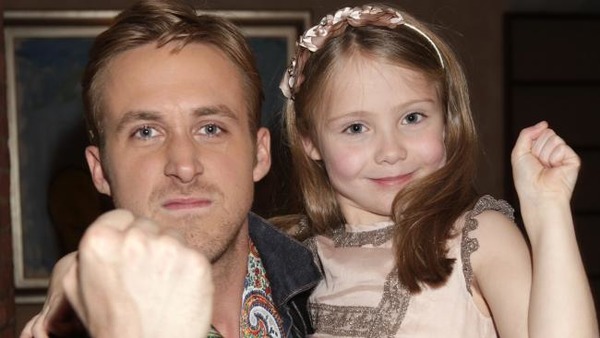 But no doubt, Ryan Gosling had changed. If earlier paparazzi caught him, hugging hot girls at various parties or drinking beer at night clubs, now he mostly appears on their photos with his stunning wife Eva Mendes, pushing a pram in front of him!