Shakira husband Gerard Piqué: “I see Shakira as my wife!”

How do you think, is it important to get married officially? Some people are sure, that official registration of marriage is not necessary, if you are really in love with your partner.

Although the friends of the couple, as well as their fans, consider Shakira as Gerard Piqué wife, they are not married.

At first two stars were sure, that “marriage couldn’t change anything”, but in 2017 Gerard popped the question, and Shakira answered “Yes!” 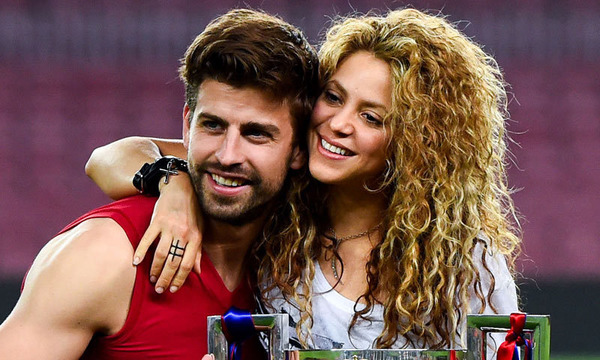 The couple, who has already spent 7 great years together and gave a birth to 2 sons, was rumored to separate in late 2017. But – to the great joy of their fans – these rumors were not confirmed.

While the beauty Shakira is planning her wedding ceremony, let’s look a little closer at her future husband.

Gerard Piqué is not less popular, that his stunning wife. He is a famous football player and a big friend of Lionel Messi. Gerard plays as a centre-back at Barcelona football club (by the way, his grandfather served as the club vice president).

During the years of his career Gerard Piqué gained lots of accolades. He was the member of teams, who won FIFA World Cup in 2010 and UEFA Euro in 2012. 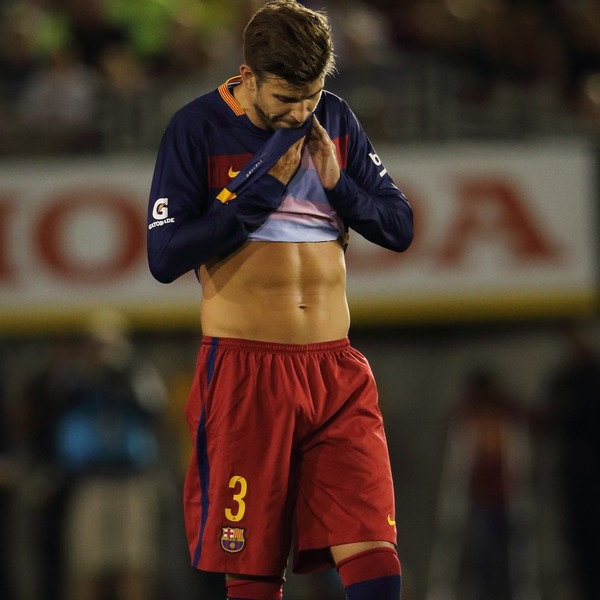 Gerard Piqué is known not just by his achievements on the field, but also by his prickly nature. “I am criticized for my words sometimes”, the stellar football player opens up in his interview.

That openness and hot temper has accompanied Piqué since his childhood.

Gerard Piqué has never planned to become a football player. In fact, football has always been the part of his life – he played this popular game with his grandfather, since he was 2. But football was rather his hobby, the way to relax and to entertain. At first he didn’t take it too serious. 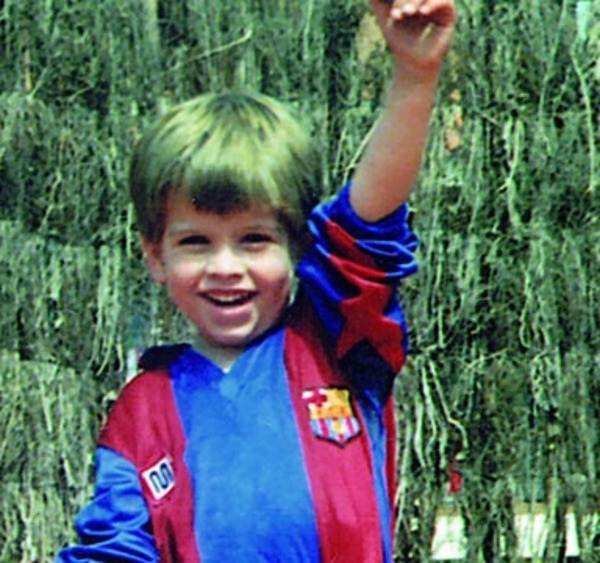 Having played a couple of hours with his grandfather in the big family garden, Gerard returned home and ate a big pack of Doritos. He liked this snack as well as sweets and Nutella, and had never thought about the right meal plan – like many other athletes do. He didn’t worry about it.

By the way, Gerard Piqué didn’t worry about any other things too. He came from a super rich family and from the earliest years had everything he could dream about – toys, vacations at prestigious resorts and visits to various places of attractions. 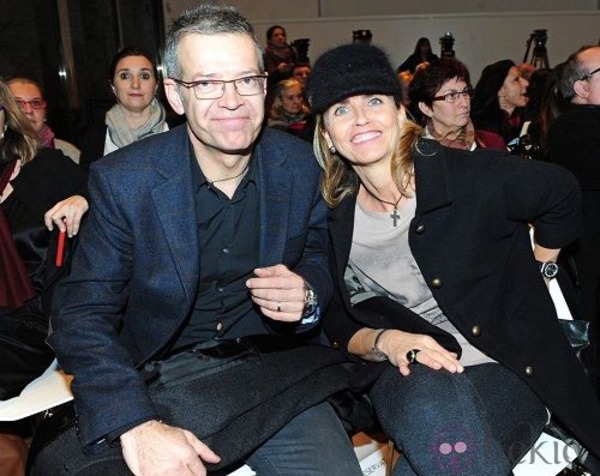 Piqué’s father Joan was a successful businessman and attorney. His mother Montserrat Bernabeu occupied the post of the director at spinal injuries hospital. The family lived in Barcelona. Gerard’s parents had tough schedules at work. That’s why he spent most part of free time alone or playing with his brother Marc.

Of course, his father wanted his sons to enter a family business. That’s why Joan was really surprised, when his son Gerard asked him to visit FC Barcelona academy. Nevertheless, he took small Piqué there. The boy was immediately accepted to the academy of FC Barcelona, being just 10 years old. 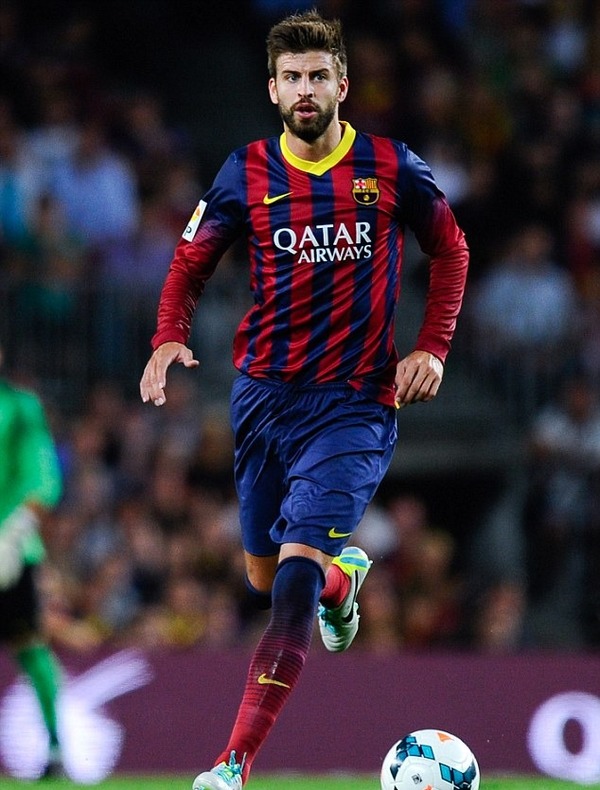 Gerard spent 6 years as the student of FC Barcelona Academy. There he gained the reputation of one of the most talented young players. Piqué has become the player of the youth Barcelona team, named Alevin B. He won numerous junior titles and in 2003 felt, that he was ready to move forward.

Having left the academy, Gerard Piqué has become the member of Manchester United club. He was invited to the club to replace John O’Shea, the Irish footballer, who was 6 years older than Gerard. Piqué left 100% of his energy on the field and it turned him back – in 2006 he got a chance to play for his team at Premier League. By the way, he wasn’t even paid for that, because Gerard Piqué was too young to get fee.

But two years later the football player finally got a chance to monetize his talent. 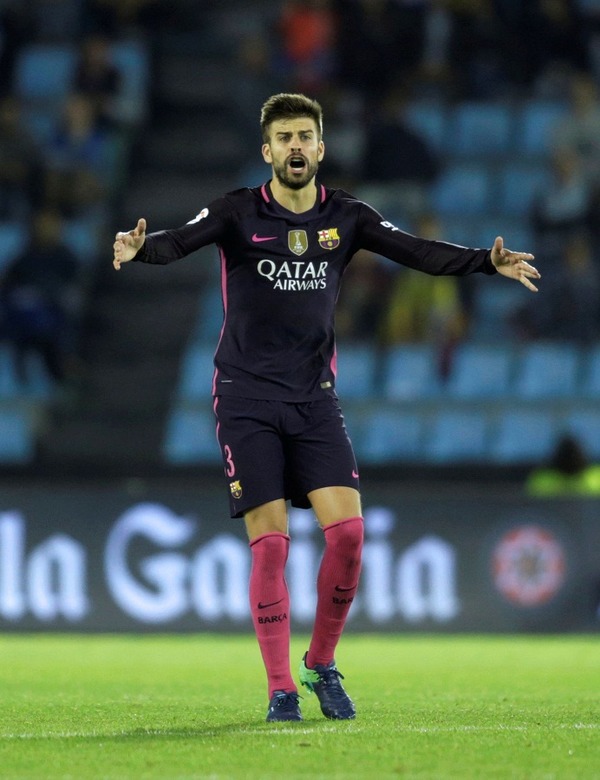 In 2008, Gerard got an offer, which he couldn’t refuse. The football club, where he made first career steps, opened its doors in front of him again. On the 27th of May that very year Piqué made his first deal. The contract was signed for 4 years, and Gerard Piqué guaranteed annual salary was more than €1 million.

Having returned to Barcelona again, Gerard couldn’t hide his happiness. “I am so glad to be back”, he never got tired to repeat it in his interviews. Very soon he scored the first goal for his favorite FC. 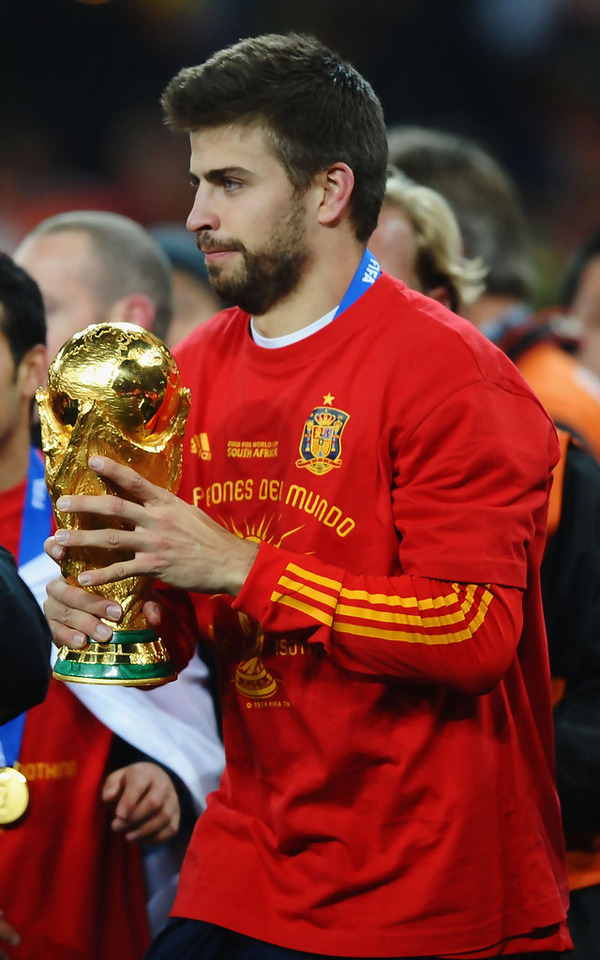 In 2008, on the cool November day, Gerard Piqué scored the goal to the rival’s gate during the match between Barcelona and Sporting CP team.

After that Gerard Piqué made lots of goals and very often led his team to the victories. Thus, during the game, held on May 13 in 2009 he scored the winning goal to the gates of Athletic Bilbao FC. That goal brought Barcelona a victory and the trophy – Copa del Rey.

Gerard Piqué plays for Barcelona FC till now, but in 2017 his further cooperation with this team was put in doubt. 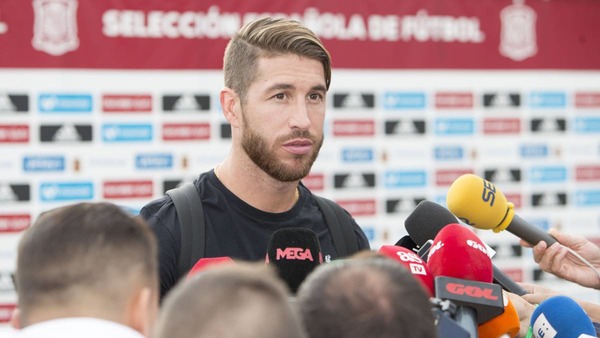 The athlete hopes that his political views won’t prevent him from playing for the Barcelona FC in the future. But if it’s necessary, he is ready to leave the team.

In this case Gerard Piqué will spend more time with his sons and wife. 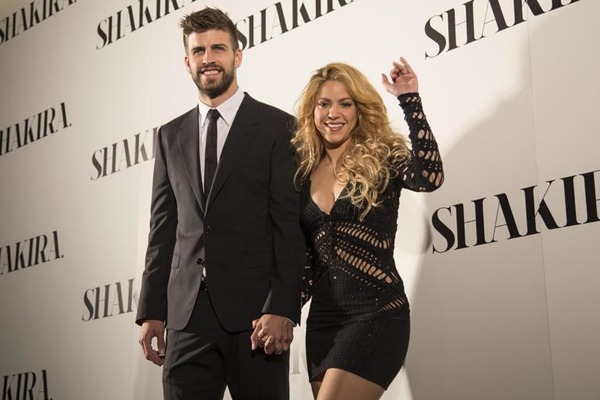 Gerard Piqué met Shakira in late 2010. Then she recorded a song “Waka Waka” for 2010 Football World Cup, which was held in Africa. Gerard was preparing for the game, when he heard the news that some football players, including him, would take part in Shakira music video for the song.

It’s hard to tell, that Gerard Piqué was the fan of Shakira songs. But he had seen her on the screen before, and like many other men, valued her hot fit body and gracious stage movements.

When he met Shakira in person, Gerard couldn’t believe, that she is 10 years older than him (at the moment of their meeting he was 24 and she was 34). 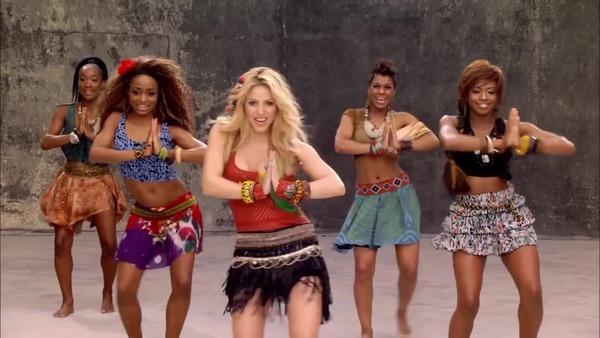 Their feelings blossomed there, in Africa. When Football World Cup came to an end, Gerard Piqué did everything he could not to let her go.

To say that dating Shakira was hard for Gerard Piqué is to say nothing. He had already become a stellar athlete to the moment of their meeting. But paparazzi didn’t chase him.

When he started dating Shakira, photographers spent 24 hours a day in front of the entrance to his house. Popular magazines were ready to pay €150, 000 for their photo. 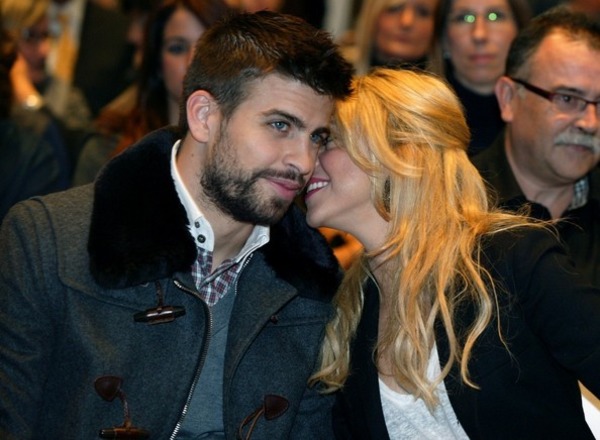 But Gerard and Shakira didn’t pay attention to rumors. The singer, who had always kept her private life in secret, suddenly started to demonstrate her love to the football player in public. She moved to Barcelona, visited all the matches (although Shakira had never been a fan of football) and kissed her boyfriend numerous times in public.

Gerard Piqué was crazy from love. Of course, he dreamed to propose her. But Shakira didn’t share his marriage plans. “I don’t need papers to prove that I love you”, the singer said.

In press, he had already been called “Shakira husband Gerard Piqué”. But in real life they were just passionate lovers. Till that day, when everything had changed. 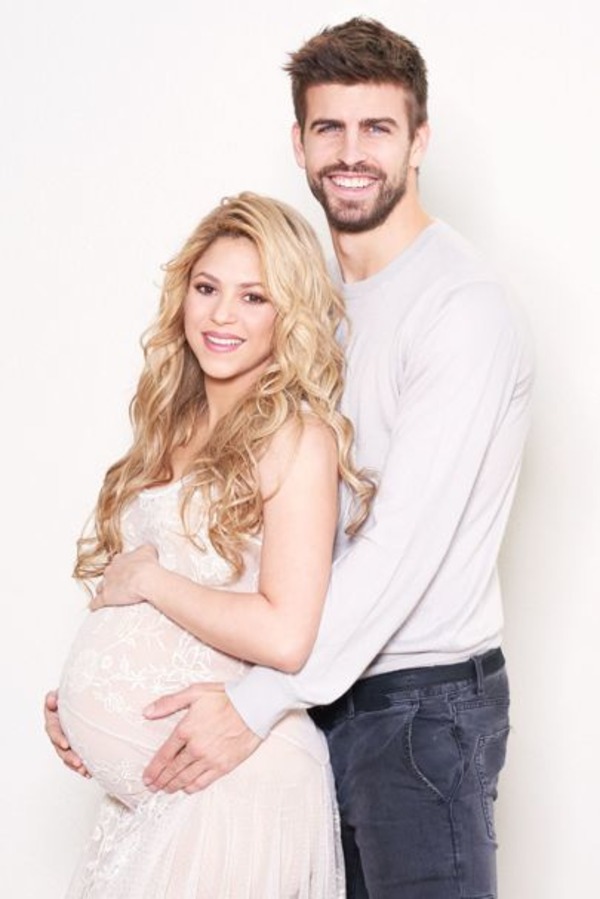 In spring, 2012 Shakira shared great news. She told that she was pregnant. Gerard felt, that from that moment their relationships reached the new phase. They were not just two hot young people, who spend time together. They turned into a real couple, a family – even without a wedding ceremony and papers. 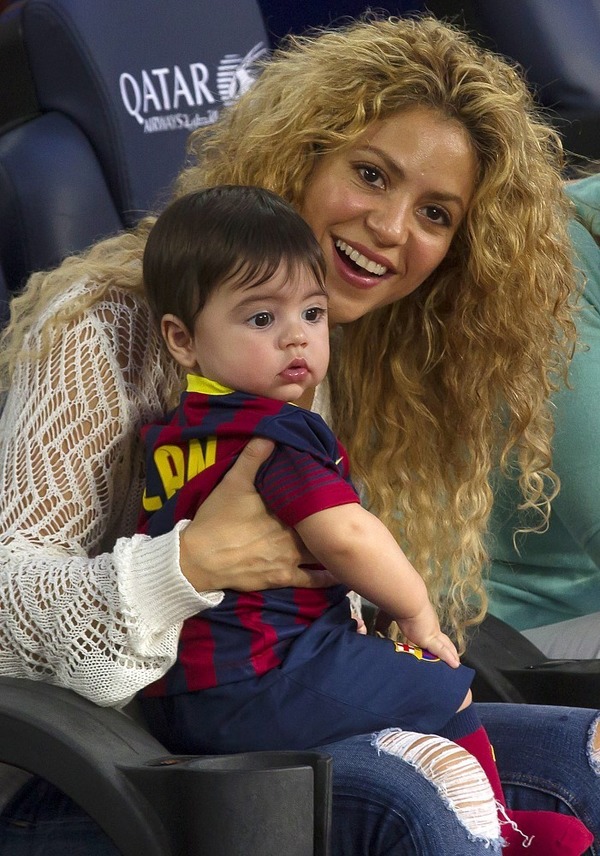 Shakira Mebarak and Gerard Piqué welcomed a son Milan on January 22 in 2013. Then the stars announced about it through Twitter and Facebook.

Unlike many other celebrities, Shakira and Gerard didn’t try to hide their son. Milan visited his father’s game in Barcelona with Shakira. Later the singer took a child with her to the show “The Voice”. 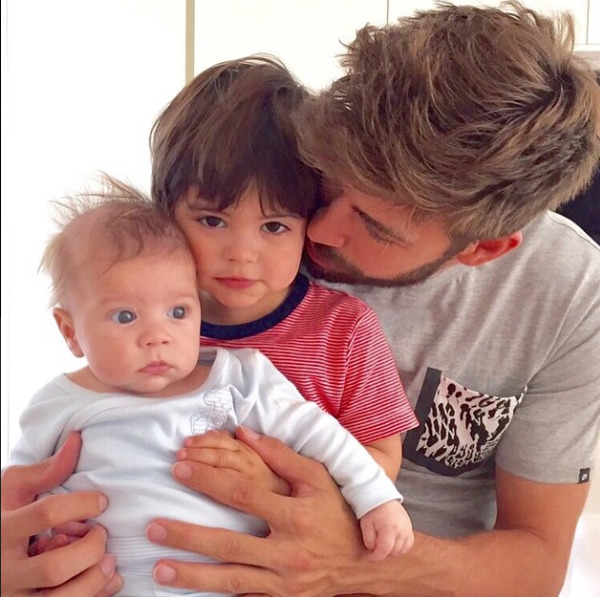 In spite of all the rumors about their break up, Shakira and Gerard remain one of the most beautiful and loving celebs couples. And finally, Shakira accepted Gerard’s offer to marry him. 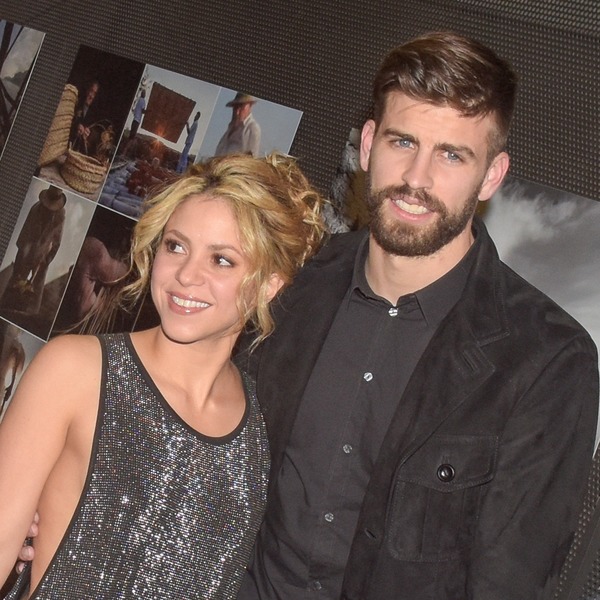 Soon he will get the most precious title in his life – Shakira husband. “I see her as my wife”, Gerard Piqué opened up in his interview.