Sheldon Adelson Net Worth is $29, 3 Billion 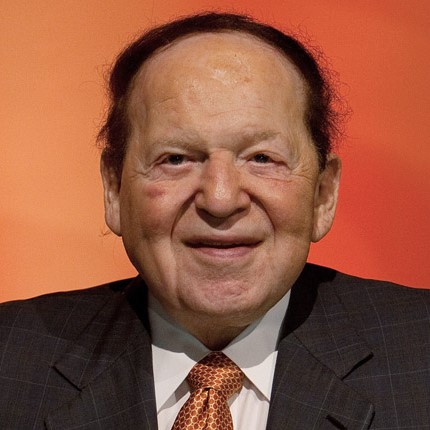 Sheldon Adelson is ranked by Forbes as the 22nd richest person in the world. He owns $29, 3 billion net worth, most part of which comes from Las Vegas Sands global corporation. Its offices are situated in USA, Asia and Europe. More than 40, 000 workers are busy there. “Sands” is the corporation, which was founded by Sheldon Adelson in 1989. He remains the Chairman and CEO of the company. It is situated in Paradise, Nevada. Now “Sands” is a big chain of hotels, night clubs, restaurants, which are situated all over the world. One of its venues is Singapore Art and Science Museum.

Sheldon Adelson is marked by Forbes as a completely self-made man. His parents were not rich – his father earned his living as a driver and mother worked in a knitting shop. The family hired a single room in a big house.

Adelson started his career at the age of 12 and initially was supported by his uncle. At first he sold newspapers and later loaned $10, 000 from his uncle to start candy-vending business. Sheldon left New York City College to develop his business.

During the years of his career he tried more than 50 various businesses. His big break took place in late 70-s, when Adelson invented a computer trade show named COMDEX. He sold the show to Japanese Company and saved enough money to open his own hotel.

Thus in 1989 Sheldon Adelson with 5 other partners bought Sands Hotel and turned it into a huge modern hotel complex. In 1997 Sheldon initiated the building of The Venetian – a luxurious hotel, which looked like a small copy of Venice, Italy. Now it is a part of Sands Corporation.

Surely, Sheldon Adelson knows the secret of success and he is ready to share it. “I was always ready to start with zero and had no fear”, he used to tell during one of his interviews.