Sidney Rice Net Worth is $25 Million 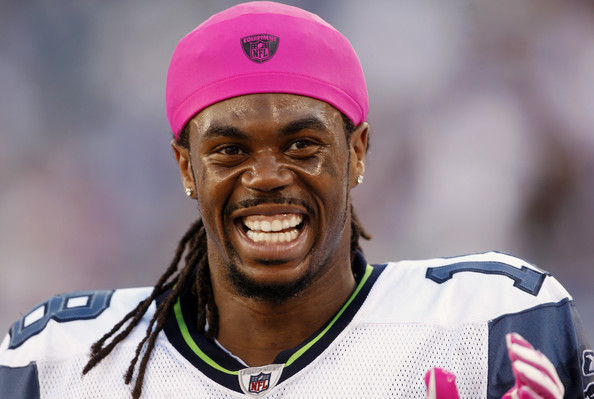 Sidney Rice, nicknamed as King Rice, is widely known as experienced NFL player. Although he retired in 2014, till now the fans of American football remember him as Seattle Seahawks wide receiver, who won Super Bowl champion title in 2013 together with his team. After that he announced his retirement because of all the troubles he met during 7 years of his NFL play.

Sidney Rice saved $25 million net worth during his years in sports. His main source of wealth was American football. In fact, Sidney was keen on football since his school years and gained initial popularity in his home town.

Sidney Rice was brought up by his mother and grew up alongside two brothers. The boy was active and athletic since his school years. He was educated at Gaffney High School and played both, football and basketball, for Gaffney Indians. He graduated in 2004 and that very year was named as All-State player in two sports in a row.

Sidney Rice continued to play football in the University of South Carolina, where he entered after school. He was one of the best players of his University team and that was noticed by Minnesota Vikings managers. In 2007 he was signed by the team and started to save his net worth as pro American football player.

His career and earnings were interrupted in 2009-2010, when Rice had some health issues. He passed through hip operation. But soon after the recovery he was ready to play again.

Sidney Rice career peak was in 2011, when he was signed by Seattle Seahawks. His deal with the team is estimated as $41 million, and Rice was guaranteed to get $18 million as his 5 year salary. In 2011 he was rewarded with $6 million bonus for his talented play, which led the company to the victory.

Although Sidney Rice performed successfully, in 2014 he decided to retire. After that he devoted his free time to endorsements and business, which are two main sources of income for him now.

Rice invested $175, 000 to get Fresh Healthy Vending machines to his home town and other cities of his state. Thus he hoped not just to earn lots of cash, but also to provide children in his native South Carolina with healthy snacks. He also serves as an ambassador of GTX Corp, wearable technology brand.